Gibraltar international Louie Annesley ended his debut for Blackburn Rovers senior team in the Carabao Cup with praised heaped upon him after an injury-time goal-saving block on the goalline that secured Blackburn’s passage to the next round of the competition.
The young Gibraltar defender, after three years with the club within its academy ranks received a senior call up and was among the first eleven in their Carabao Cup match against Bradford City.
A 2-1 victory away from home secured Blackburn Rovers passage into the next round.
Annesley is expected to be among the Gibraltar national squad that will prepare to play against Bulgaria and Georgia at the end of September in the final two group matches of the Nations League C. Gibraltar is expected to head towards the play-outs which will decide which teams get relegated into League D after failing for now to grab any points.
The Blackburn Rovers player has been among one of Julio Riba’s regular picks playing a crucial role among the rising young players coming up through the ranks for Gibraltar. His debut for the EFL Championship side was among one of the many features highlighted by the club in its social media platforms as it reported on its match against Bradford. 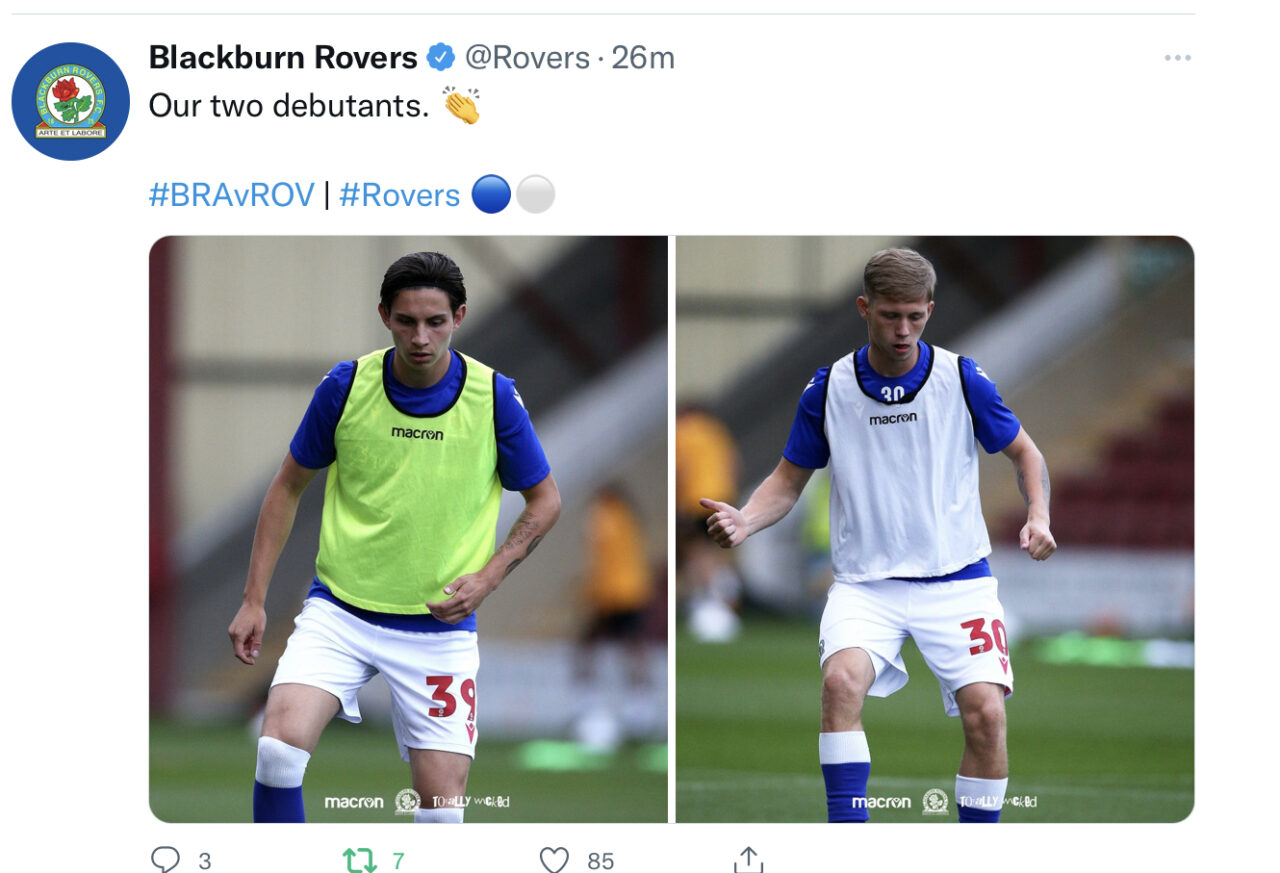 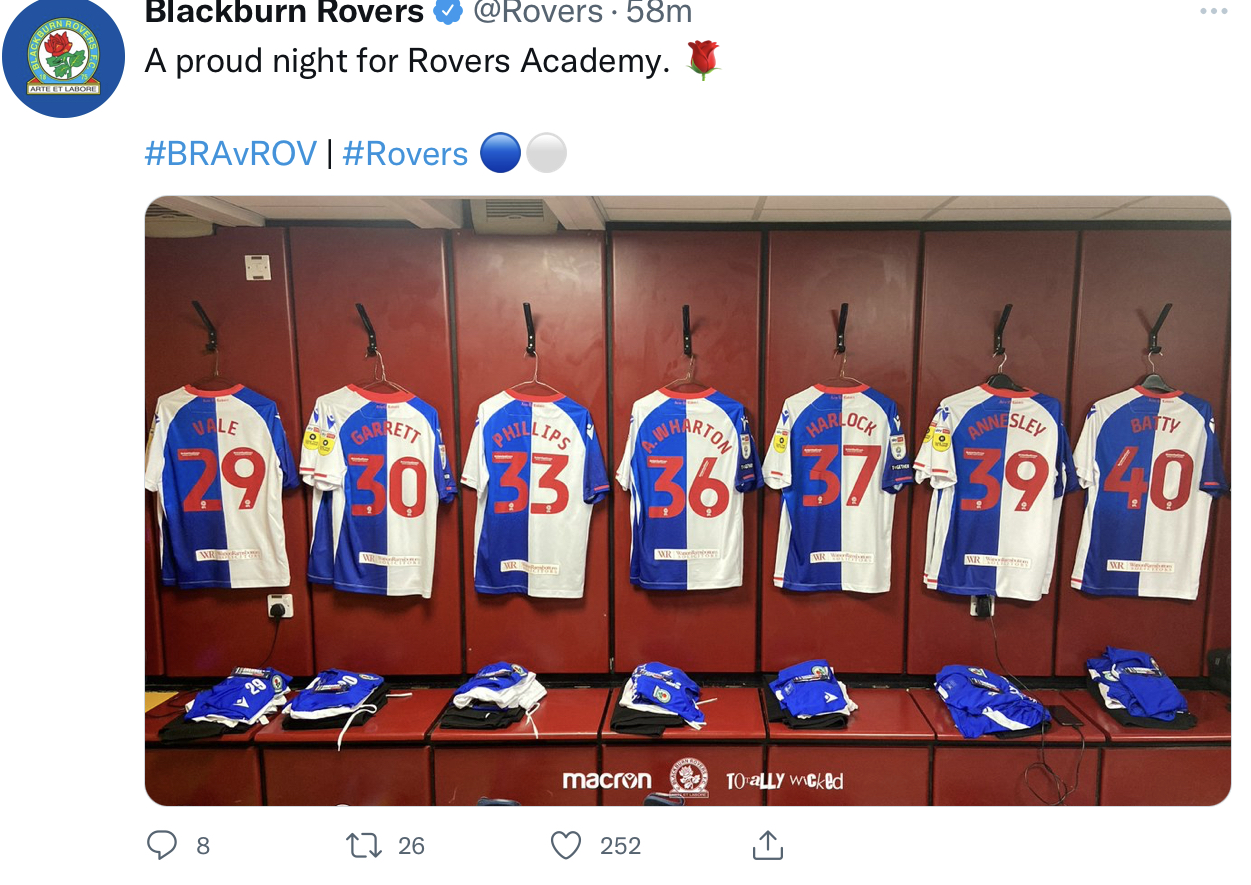 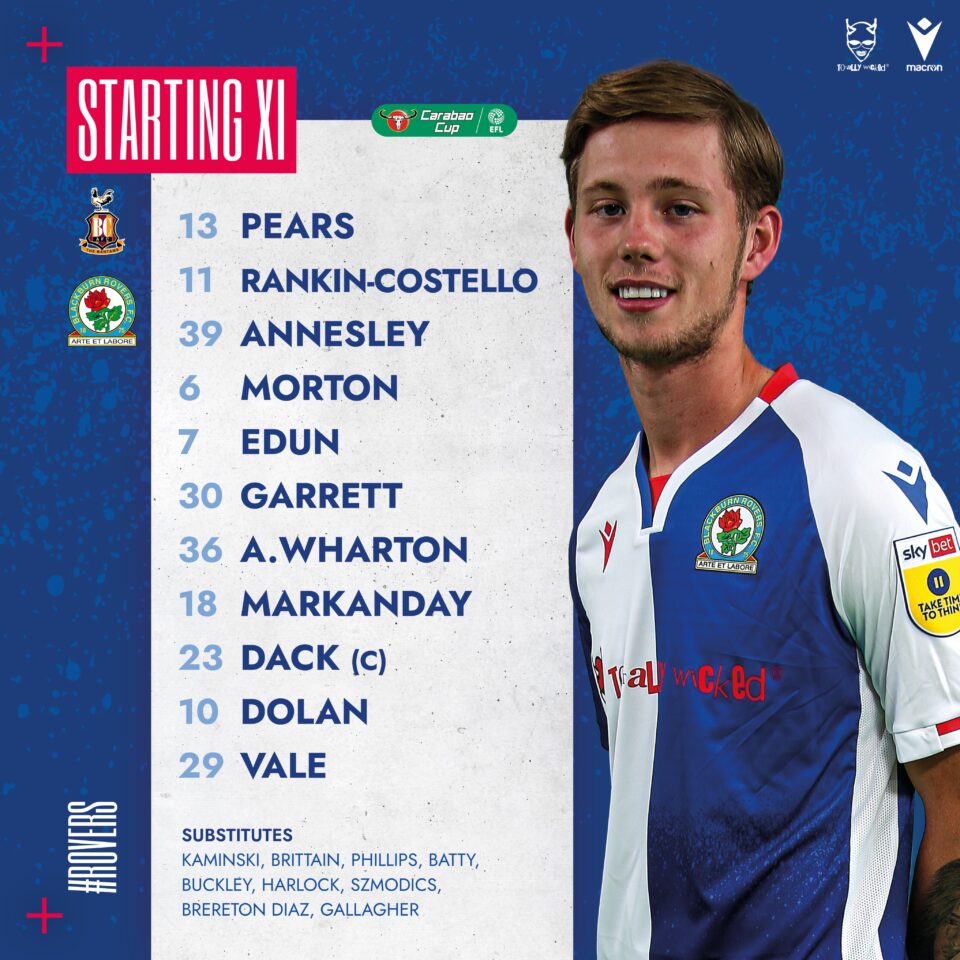 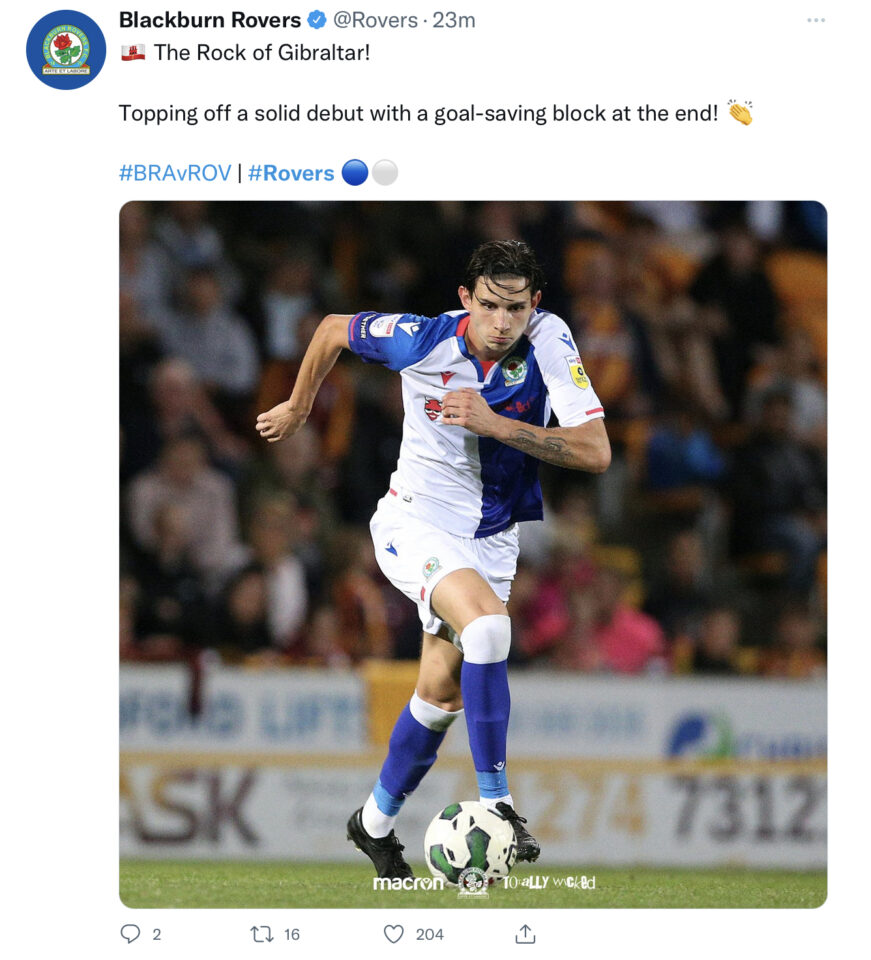