The life of famous film director Alfred Hitchcock will be detailed in an illustrative talk this Wednesday.

The talk will be presented by John Francis, an inspirational speaker who has delivered lecturers, workshops in the US (Texas, California, Massachusetts), Beijing, Malaysia and the UK. 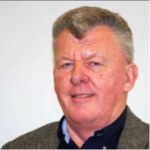 Alfred Hitchcock is known as the ‘master of darkness’ and has made over 50 feature films.

His films often see innocent people caught up in circumstances beyond their control.

Mr Hitchcock’s Catholic upbringing and uneasy relationship with femininity will be discussed in his early work of the Silent Era.

London based dramas, Blackmail (1929) and Dial M for Murder (1954) will be closely analysed. After moving to Hollywood, Hitch created several masterpieces of cinema including Vertigo (1958) and Psycho (1960).

Although often regarded as a skilled entertainer, the French New Wave critics of Cahiers du Cinema argued that Hitchcock’s films should be regarded as artistic masterworks. He remains by far the most studied film director of all time.

Mr Francis initially trained as a painter, John was awarded the Max Beckmann Memorial Scholarship in painting in Brooklyn, New York and went on to be artist in resident for the state of Texas.

Further talks will be held monthly on Wednesday’s:
February 19, John Singer Sargent: Master of the society portrait.
March 18, the queen of instruments: The lute within old master paintings.
April 15, Raphael: A master in the making (2020 marks the 500th anniversary of his death).
May 20, Hogarth: Harlots, rakes and crashing china