Survivors of the Auschwitz-Birkenau death camp prayed and wept as they marked the 75th anniversary of its liberation, returning to the place where they lost entire families and warning about the growth of anti-Semitism around the world.

"We have with us the last living survivors, the last among those who saw the Holocaust with their own eyes," Polish President Andrzej Duda told those at the commemoration, which included the German president as well as Jewish, Christian and Muslim leaders. 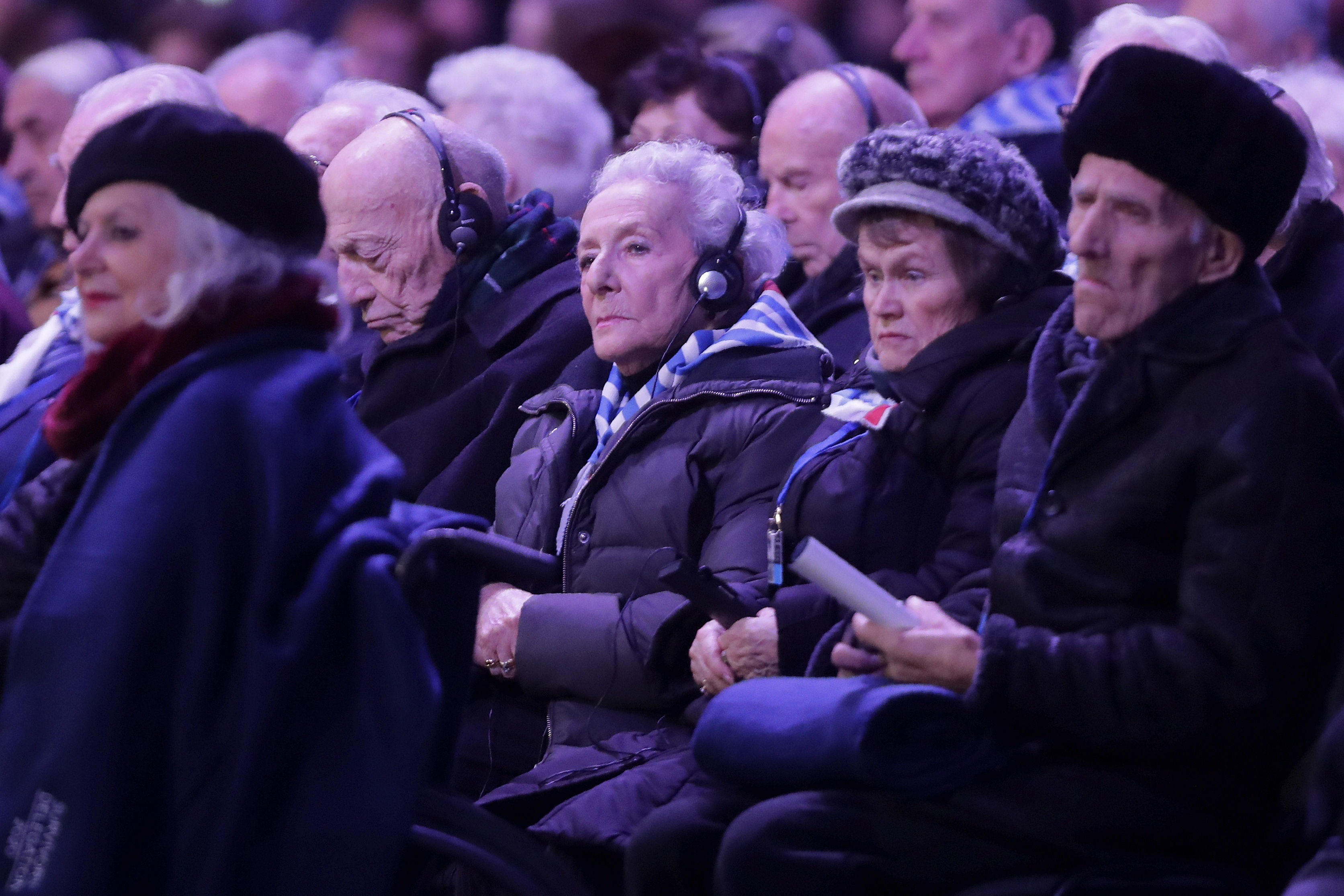 "The magnitude of the crime perpetrated in this place is terrifying, but we must not look away from it and we must never forget it," Mr Duda said.

About 200 camp survivors attended, many of them elderly Jews and non-Jews who had travelled from Israel, the US, Australia, Peru, Russia, Slovenia and elsewhere.

Many lost parents and grandparents in Auschwitz and other Nazi death camps during the Second World War, but were joined by children, grandchildren and even great-grandchildren. 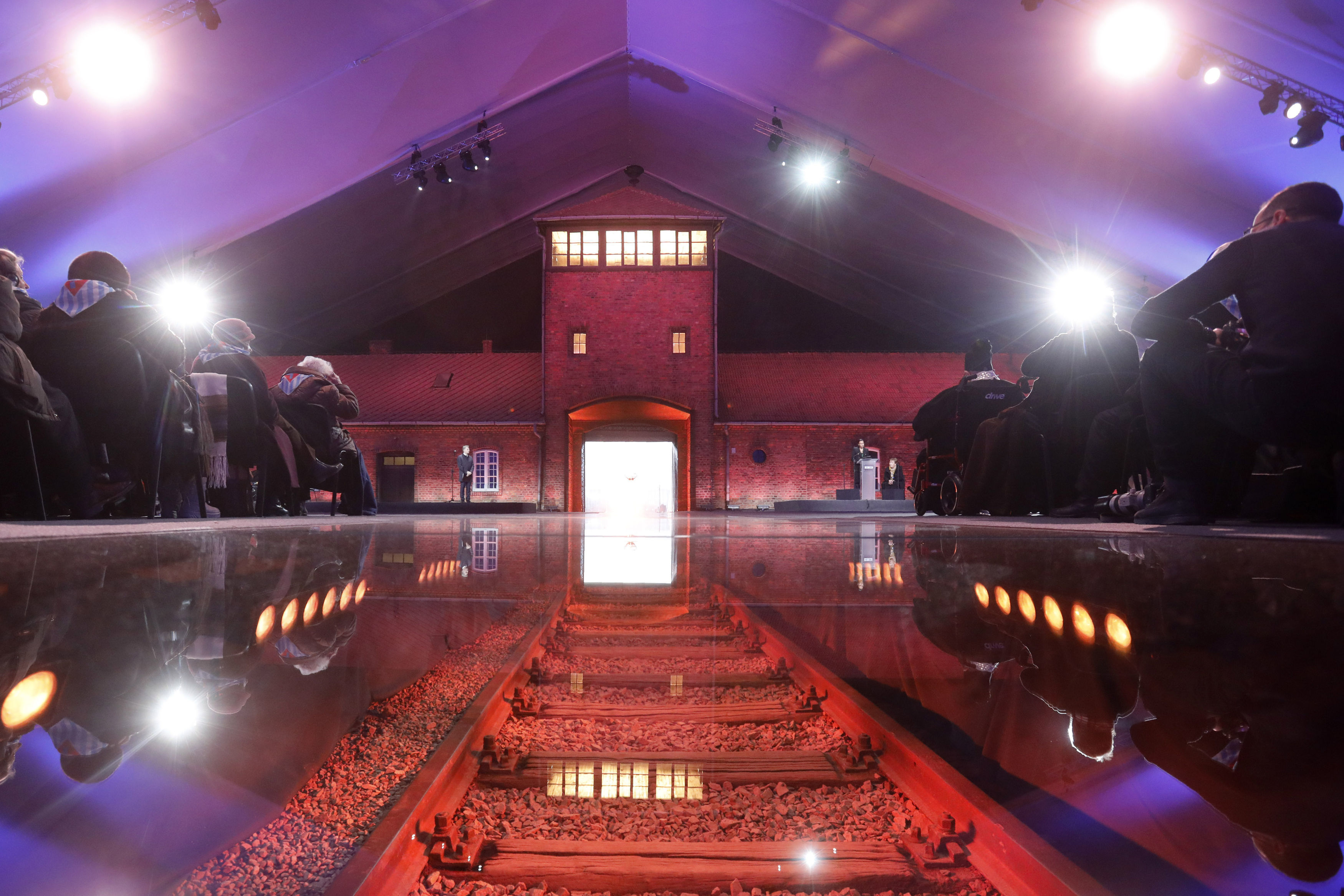 They gathered under an enormous, heated tent straddling the train tracks that transported people to Birkenau, the part of the vast complex where most of the murdered Jews were killed in gas chambers and then cremated. Auschwitz was liberated by the Soviet army on January 27 1945.

Ronald Lauder, president of the World Jewish Congress, brought the crowd to tears with the story of a survivor who was separated from his family. The man watched watched his young daughter, in a red coat, walk to her death, turning into a small red dot in the distance before disappearing forever. 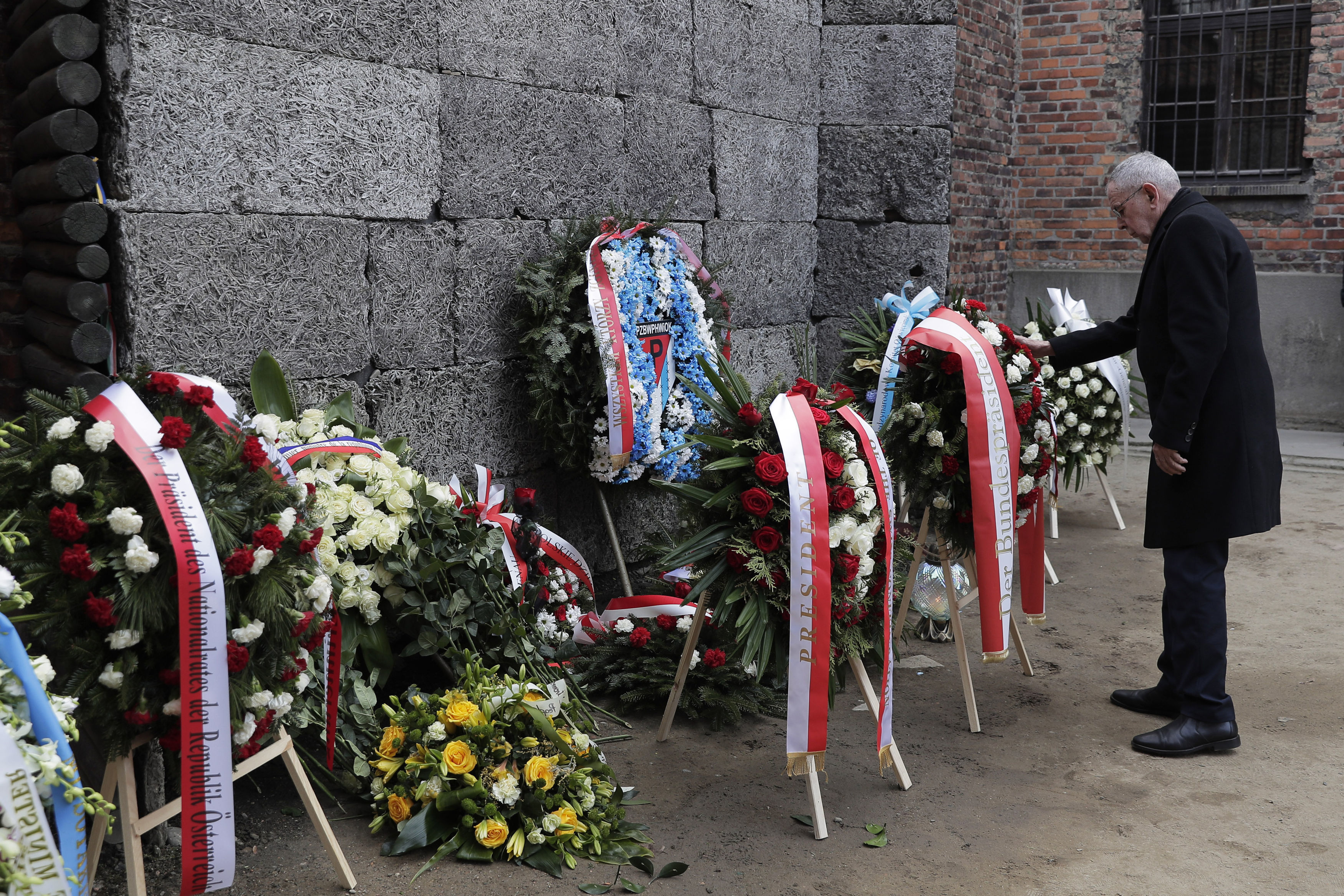 "Do not ever let this happen again to any people," Mr Lauder said, warning about rising anti-Semitism.

After the war, when "the world finally saw pictures of gas chambers, nobody in their right mind wanted to be associated with the Nazis", he recalled. "But now I see something I never thought I would see in my lifetime: the open and brazen spread of anti-Jewish hatred."

People stood in silence as a Jewish survivor recited Hebrew prayers for the dead, bowing their heads or wiping away tears. Clergymen of other faiths also prayed. 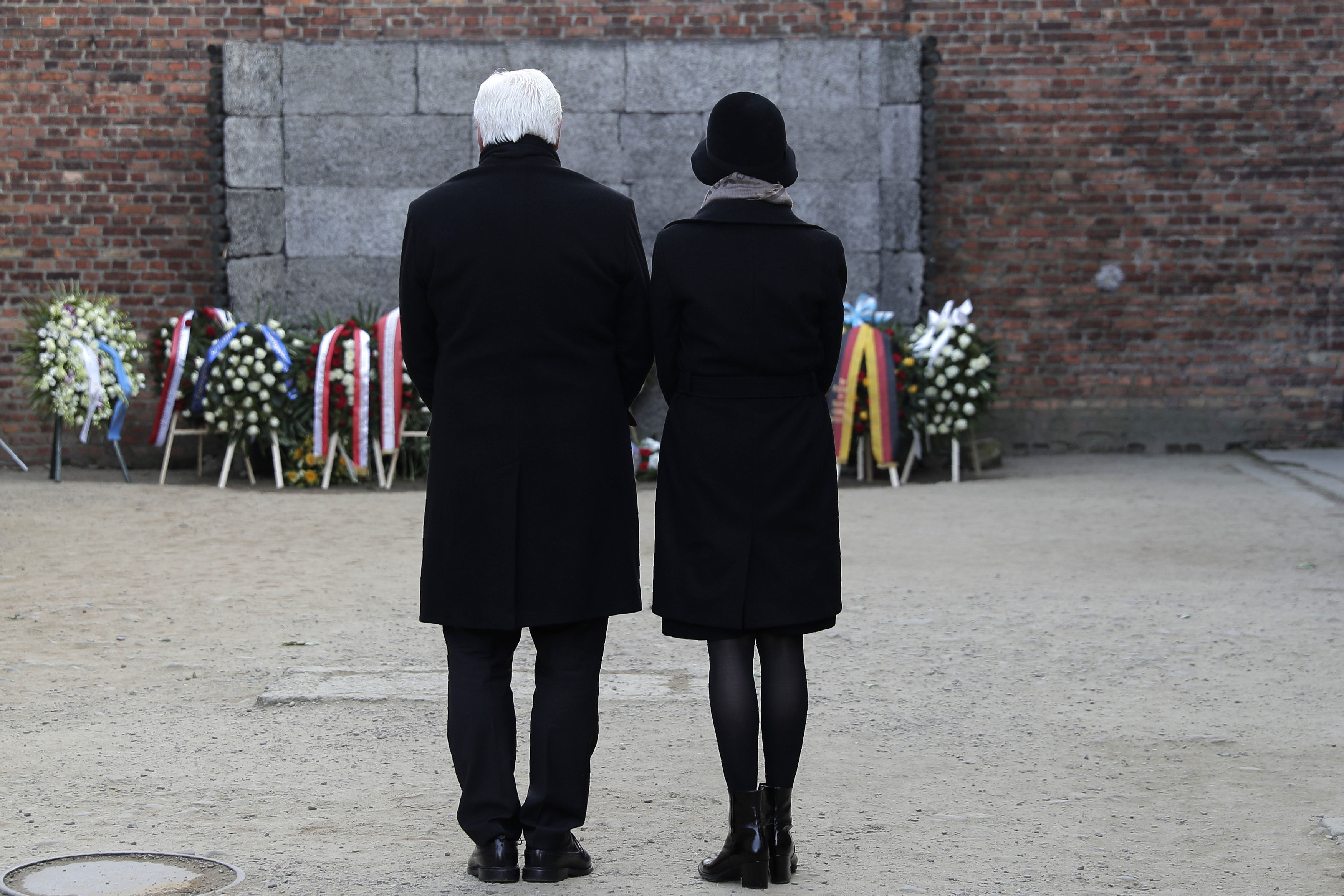 Then, with the famous gate and barbed wire illuminated in the dark, cold evening, guests marched in a procession to place candles at a memorial to the victims set amid the remains of the gas chambers.

Most of the 1.1 million people murdered by Nazi forces at the camp were Jews, but other Poles, Russians and Roma were imprisoned and killed there.

World leaders gathered in Jerusalem last week to mark the anniversary in what many saw as a competing observance. Among them were Russian President Vladimir Putin, US vice president Mike Pence, French President Emmanuel Macron and the Prince of Wales. 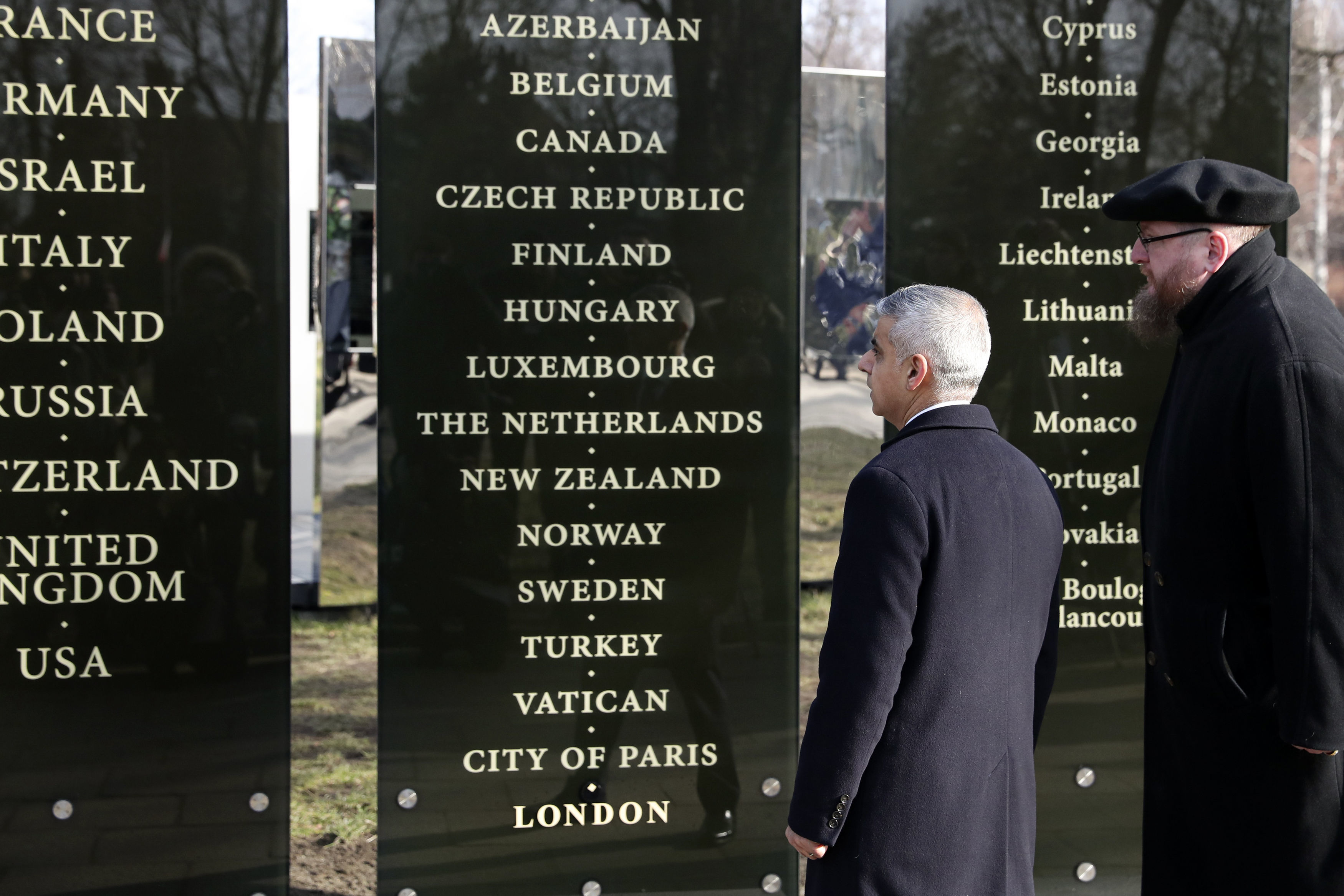 Politics intruded on that event, with Mr Duda boycotting it in protest after Mr Putin claimed Poland played a role in triggering the Second World War. The Polish leader had wanted a chance to speak before or after Mr Putin to defend his nation's record, but he was not given a speaking slot in Jerusalem.

Those claims comes as many eastern European countries in recent years have been mythologising their own people's behaviour during the war and suppressing knowledge of wrongdoing, something Poland's government has been criticised for.

Among others attending the observances at Auschwitz, which is in the part of southern Poland that was occupied by Germany during the war, were German President Frank-Walter Steinmeier, Hungarian prime minister Viktor Orban, Ukrainian President Volodymyr Zelenskiy and Israeli President Reuven Rivlin. 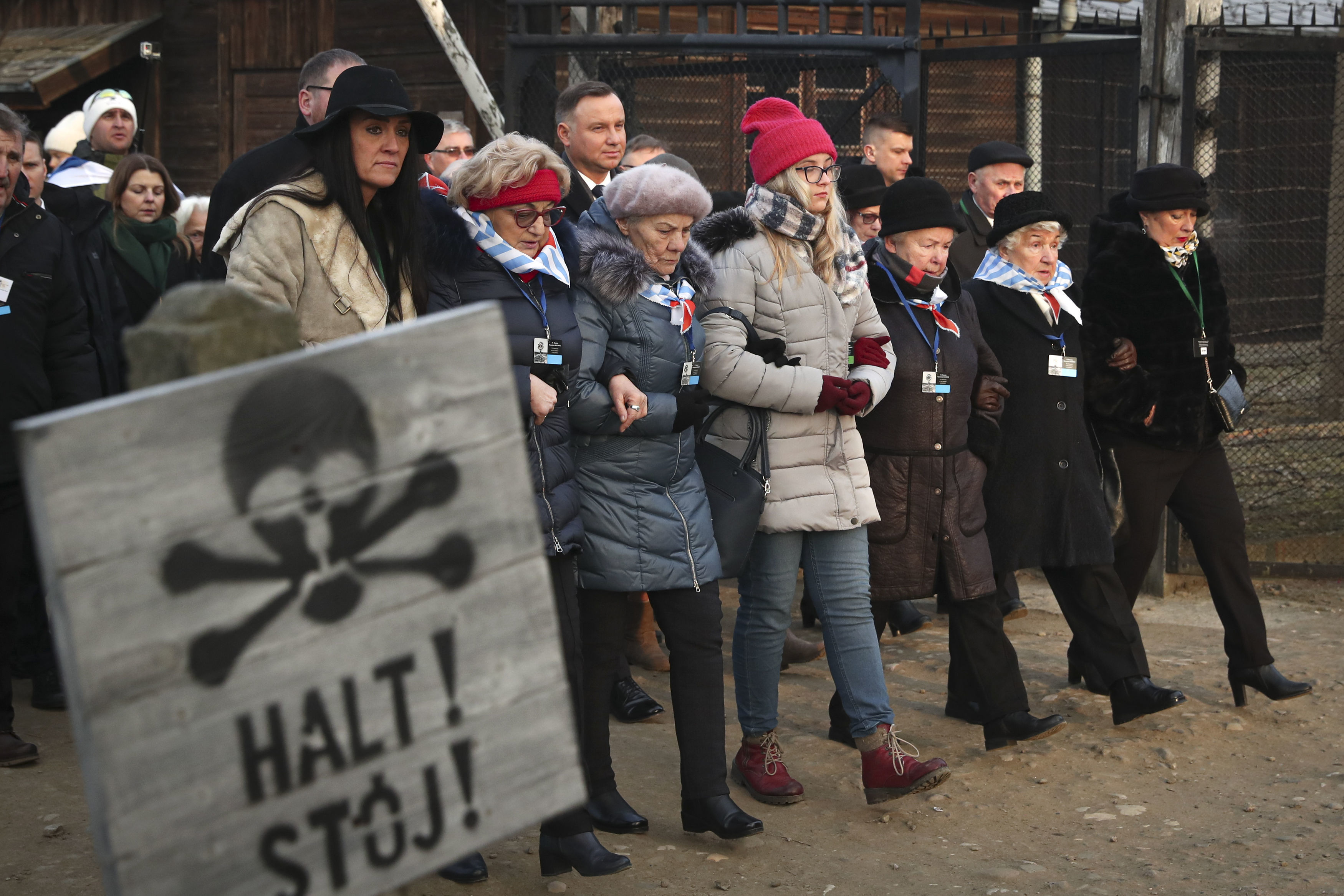 The US was represented by Treasury secretary Steven Mnuchin.
(PA)