The national bird of Gibraltar, the Barbary Partridge, has made a successful return over the past six years, with the population growing from approximately 25 to nearly 200.

Vincent Robba from the Gibraltar Ornithological and Natural History Society
(GONHS) is responsible for the breeding programme, that started with eggs and birds imported from Morocco.

“I would call it a success because at first we had less than 25 Barbary Partridge’s left and now we have in the region of 150 to 200 partridges. And, they continue to grow,” he said. 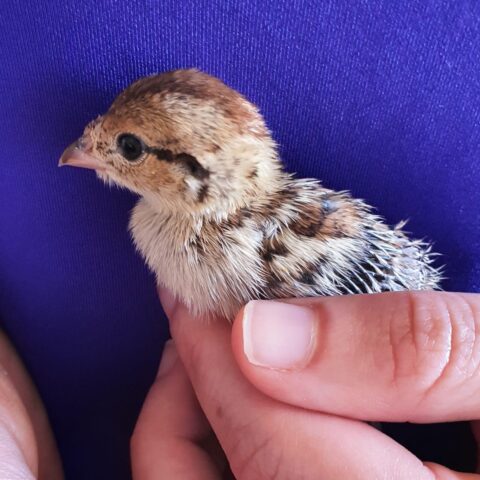 “They are now breeding themselves too and I think that 80% from the wild and 20% come from the breeding programme.”

“The mortality rate on the wild one and the tame ones is quite high. I would say it is 75%.”

He explained that they have predators such as seagulls, cats, foxes, snakes, ravens, and “mindless people with their bikes and cars running over them.”

Some of the younger Barbary Macaques have been seen to play with them, kill them and eat them. Mr Robba puts this down to the juvenile’s inquisitive nature. 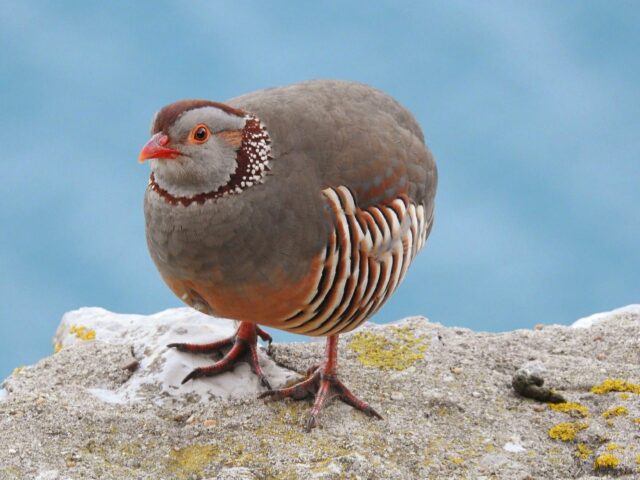 Barbary Partridges do fly but only short distances and they do not soar high into the sky like a lot of other birds. They also like open spaces making them prime targets for predators.

One area that has been repopulated with the bird is the Eastern side of the Rock. Venturing there on a quiet day will almost always result in hearing, if not spotting the Barbary Partridge. Especially around the Tallis Slopes to Both Worlds.

Each year the breeding programme starts with the conditioning of the birds, just like with humans before they procreate, the birds eat well, rest and prepare for breeding season.

“It starts in March when we put them into smaller pens in pairs,” said Mr Robba.

“Come April they will lay the first eggs, they can lay 15 to 16 eggs. One day one egg, next day nothing, then the next day an egg, so at intervals of two days.”

“Those eggs as they are being laid are transferred to incubators. Because the egg is taken away they will continue on laying. From each pair we take the normal amount [14 to 16 eggs] as we do not want to overlay them.” To stop overlaying he separates the couples.

“Then it takes between 26 and 30 days for young ones to hatch and then they are placed under heat lamps.”

The chicks are under the heat lamps at all times but as they get older the temperature is lowered. Once they are born they are fed granulated food that is very fine like powder. However, when their feathers start to come out they need protein. This is when Mr Robba gives them insects as this helps the feathers to grow. Once they have all their feathers they are placed into large pens together until they are fully grown. 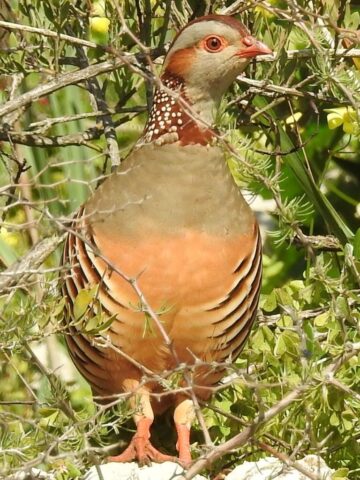 “Then at the end of summer we place them in small pens around the Rock,” said Mr Robba.

“In groups of about five or six.” This process is currently underway for this year’s chicks.

“We leave them there for about one and a half weeks then we open the pens, they come out. There is food and water in the pens so they will forage around but when they are hungry and thirsty they will come back and feed until they are fully independent.”

Now partridges are forming larger groups as more and more chicks are born in the wild or introduced.

“What we hope is that these newcomers will join the wild ones in the large groups,” said Mr Robba.

“They will be adopted. So the wild ones will show them where the food is and they can fend for themselves.”

The pens they are placed in when in the Rock are predator proof and covered, in addition the pens are placed out of way of predators as much as possible. This process can be very difficult especially as the population of predators grow.

It is hoped that the wild and tame birds will mate and the gene pool strengthen. Female birds that lay eggs this year will do so again next year but with a different male birds.

This also widens the gene pool. They usually stop being part of the breeding programme when they are five and then they are released into the wild.

“The birds that we release at first tend to not be so wild as the wild ones. But, as time goes by and they meet predators they will get wilder,” he said.

“And, the generations following will get wilder.”

The breeding programme a joint project between the Department of the Environment and Climate Change (DECC) and GONHS, and aims to safeguard the species locally. Gibraltar has the only Barbary Partridges on mainland Europe.