There were some very interesting results in last week’s basketball fixtures.
Notably it was Europa Valmar’s victory against Lincoln Bayside which will have raised the most eyebrows. A 91-68 victory for Europa Valmar ensured that they finished last week first in their group in the Richie Buchanan. Completing their round of matches with four wins out of four.
In other results Gibyellow came close to another surprise losing by just a mere eight points against Bavaria Blue Stars. The latter continued in the lead in group 1 of the Richie Buchanan finishing their group matches also unbeaten.
One of the most exciting matches was to be between Lincoln Bayside reserves and Valmar Fusion where both sides finished level with a 78-78 draw. This was the only draw across all categories this season.
This week will see the last set of matches for the youth categories with neither senior men’s or womens matches scheduled.
Bavaria Blue Stars and Europa Valmar finish top of their group with Gibyellow animals and Lincoln Bayside finishing second in their respective groups. 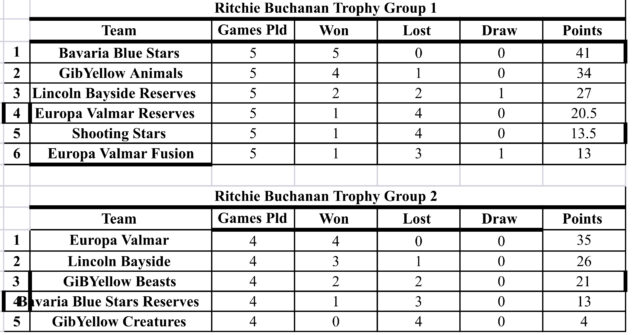 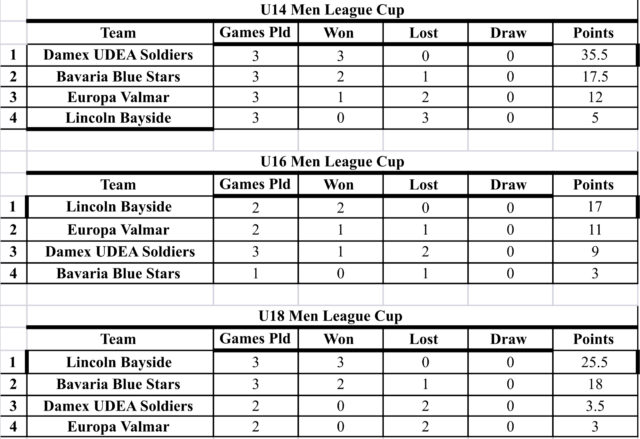 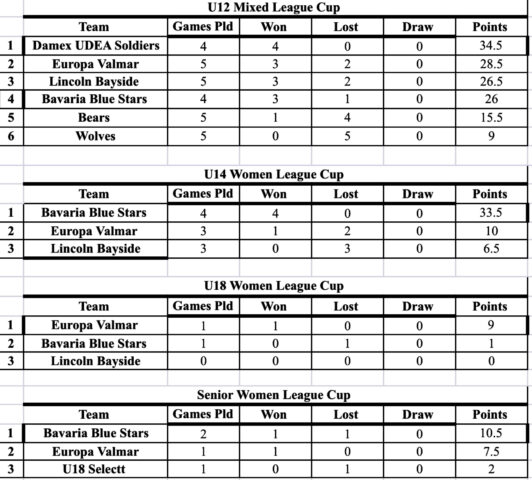