Tomorrow marks five years since the Nautilus Project conducted its first beach clean-up and to mark the occasion, the marine conservation group is holding the Great Gibraltar Beach Clean marathon.

The Nautilus team will be joined by different groups to clean the whole of the Rock’s coastline in short 30-minute stints, starting at Rosia Bay at 9am.

“The first ever beach clean was held at Rosia Bay with GONHS and it is fitting to begin the marathon at this historic site and with the same NGO,” said a spokesperson for the Nautilus Project.

“Five years of beach cleans is no small feat and despite the naysayers and the never-ending kilos of plastic we continuously retrieve, conservation is the very heart and soul of the project.”

“We are fully committed to the charity and we know no other way to spread awareness other than hands-on.”

“So sleeves up and hands dirty it is.”

“It’ll be interesting to quantify how much rubbish will be collected from the seven coastal sites on one same day.” 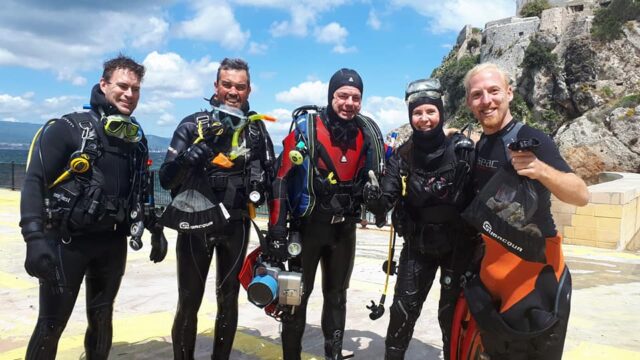 Over the past five years the marine focused charity has hosted 76 beach cleans which resulted in 4.5 tonnes of plastic and rubbish being removed from Gibraltar’s coastline.

If you ask them who is the biggest culprit in creating the rubbish, the reply is simple.

The teams will tackle Rosia Bay before moving on to Camp Bay, then Little Bay completing that section of coastline.

They will then focus on Sandy Bay, followed by Catalan Bay, then Eastern Beach and finally the remaining part of the coastline at Western Beach.

The duration of beach cleaning at each site will be 30 minutes and all rubbish will be left on site awaiting for prompt Eco Park collection for sorting, weighing and recycling.

With just 30 minutes per site, they will be mainly focusing on plastic debris.

The Chronicle spoke to the team at The Nautilus Project, which is headed up by married couple Melanie Soiza Stagnetto and Lewis Stagnetto, who is also the marine biologist for the charity, to learn what spurred them to do their first clean up.

“On one of our many family walks taking in Gibraltar’s beauty, we began to witness the unsightly increase of plastic pollution strewn all over our hometown,” the couple said.

“My boys would halt the walk to collect the refuse, always concerned of the potential harm it could cause our wildlife.”

“Our first family clean was at the very end of Camp Bay and in just minutes the plastic haul we collected was despairing.”

“This is actually where the #MedOceanHeroes programme was birthed.”

As a family they have been actively involved in Clean Up the World organised by the ESG every year and it was their work that inspired TNP to start its own regular clean ups along the Rock’s coastline.

“Originally the idea was to launch the Nautilus cleans and culminate at CUTW later that same year,” the charity said.

“The community spirit that ensued encouraged us to continue and the beach combing events gathered momentum very quickly with people from all walks of life attending.”

“This led to the Great Gibraltar Beach Cleans initiative, a voluntary labour of love and civic pride towards our magnificent Bay of Gibraltar.”

They cover the whole of Gibraltar’s coastline on a rotational basis where they visit a different coastal area, revetment or shoreline every fortnight or month.

However, if there are hotspots flagged up by their volunteers, these will take preference by way of swapping the rotation or adding extra cleans if the schedule permits.

TNP also collect surface plastic out at sea as part of its #PlasticFreeSea initiative.

Over the years the beach cleans have removed 4.5tonnes of plastic. Had that rubbish not been removed you can visualise how the beaches would look.

“Imagine! Let alone, the harm and detrimental impact that our debris has on marine wildlife,” the Nautilus couple said.

“The Great Gibraltar Beach Cleans has grown substantially and not only in terms of volunteers.”

“It took us around 27 beach cleans before we began weighing the refuse and collecting all important data.”

“The Nautilus cleans usually take an approximate hour and we retrieve an average of 60kg at each session.”

The largest haul to date weighed in at 420kg at Rosia Bay during the 34th Great Gibraltar Beach Cleans held in August 2018.

“We started off with bin bags made from recycled plastic and implemented reusable buckets later on, thanks to a kind donation from Eroski,” the charity’s founders said.

“This was a massive step in the right direction, furthering the sustainability of the cleans.” 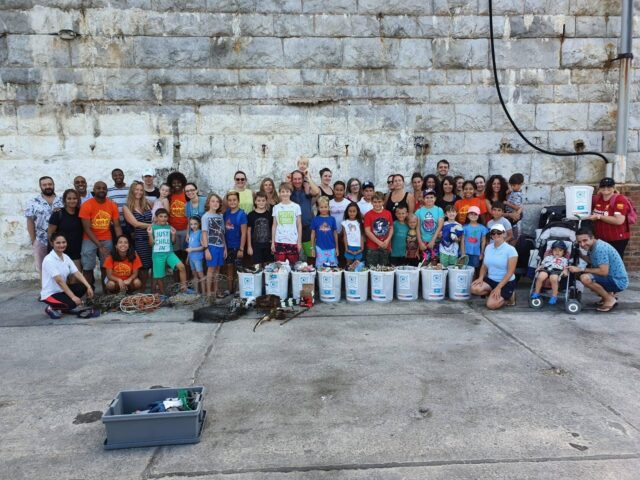 Covid-19 brought with it new issues as a plethora of single use plastic items now litter the seas and shoreline.

“In this aspect, we have taken a step back,” they said.

However, “on a positive note, our young #MedOceanHeroes cohort is now up to 200 and counting.”

“Our youth will be instrumental in the conservation of our Bay so this increasing number of children is paramount and gives us immense hope for the future,” they added.

“As a community, minimising our plastic and carbon footprint must be at the forefront,” the charity said.

“Cutting down on our waste and transitioning to sustainable products follow suit.”

“Familiarising ourselves with the different recycling bins and their nearest location.”

“If there are no recycling bins close by, get in touch and we’ll bring it to the attention of the relevant authorities.”

“‘Take three for the sea’ is a great way to start making a crucial, positive impact on our environment.”

“Just look at your surroundings as you go by your everyday life and make it a point to pick up three littered items daily and bin them appropriately.”

“Nautilus has been petitioning Government to place recycling bins along the Main Street and all the side streets for years, we’ve yet to see this happen.”

“This would improve Gibraltar’s recycling stats no end.”

“A sewage plant is much needed and overdue.”

“The fact that wet wipes and sanitary products are still been flushed down the toilet are of growing concern.”

“Law enforcement must be implemented both on land and at sea, with no exception.”

Among some of the entities taking part in today’s event are EPRU, GONHS, Gibtelecom, Safra Sarasin, Rotary Club of Gibraltar, AWCP, DofE, OTWO as well as members of the public.

“This is the community solidarity I so dearly love,” the Nautilus team said. 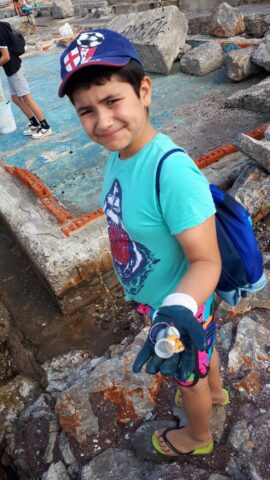 However, if someone cannot help out that day TNP states there are other things they can do.

“The Great Gibraltar Beach Cleans continue beyond the marathon.”

“There will be other dates when they can join in the near future and TNP look forward to welcoming the community at large.”

“If there’s one message I’d like to convey, it’s that we do not need one person doing sustainability perfectly but thousands doing it imperfectly.”

“Our greatest strength is when we work together, and as a feisty, proud people, I’m sure there is so much more that we can do for the good of our environment.”

“Personally, I’d need to look at my children straight in the eye and say I tried my utmost to leave them with a healthy, green and flourishing environmental inheritance.”

“Lastly, as consumers, we should never underestimate the power we have to drive change.”