Belilos at 30: Engineering leaders at the heart of the community

Belilos is an engineering consultancy firm designing both civil and structural engineering projects in Gibraltar and Spain. For 30 years it has been at the heart of the building community having been involved on developments which have helped to physically transform the Rock.

Belilos has formed part of numerous projects throughout its 30 year history and is presently working on the foundations of the new power station at the North Mole. They are also working on the second phase of the King’s Wharf, Midtown development, Holiday Inn Express and Liquid Natural Gas Terminal. They also hope to be a part of the Bluewater development.Director Mesod Belilo describes the boom in the building construction industry of the past 30 years as a revolution “simply because there has been more development than in the previous 200 years”. But this has also allowed for the creation locally of new businesses: architectural and engineering practices, services, quantity surveying, etc. He believes a whole new chapter has been written in the Rock’s development in this time and Belilos, he assures, has contributed “very positively in the development of Gibraltar”.
“We have introduced building systems which have facilitated building, contributed to making it less expensive to build, introduced piling systems which were not available locally; we have been instrumental in introducing a flat slab system which helped make the construction industry smoother and faster, and introduced new lightweight systems not used before on the Rock,” he explains. But perhaps more importantly they helped introduce Gibraltarians to the industry.
“If we had not been here they would have brought people from outside so it really is a source of pride that we Gibraltarians have been able to do these works and not had to import the technology and outsiders to develop our town, not only in engineering but in architecture as well and we have been able to develop our own town with the benefit of our local knowledge and experience.”

THE FIRM
Directors Mesod Belilo and David Orfila agree Gibraltar would probably not be the same if Belilos had not existed. It was back in 1985 when both men came together to create what is today the Belilos firm having started out together in the construction industry with a company called Fairhurst Guncrete.
Even before their practice came into being they were to form part of the Design Team for Neptune House in Marina Bay, which was the first major private development in Gibraltar for over 30 years. This would be followed by The Watergardens and the International Commercial Centre (ICC). Mention a building and Belilos probably have their name on it. The list is long and it includes the Mental Health Facility, Casino Calpe, Casemates Beautification, Jumpers Building, Coaling Island Marina, Retreat Centre, the Law Courts, and the Gibraltar International Bank, amongst many others.
Mr Belilo smiles as he says, “if you just get a map of Gibraltar and start placing a red mark on all the major projects that we have been involved with, the map would look like a measles eruption.”
But it has not always been easy. As the company expanded Gibraltar exploded but then in the nineties recession hit again and the company had to again reinvent itself to keep afloat. They weathered the storm and now both Mr Belilo and Mr Orfila are confident the future is secure in the hands of a growing young team.

THE ENGINE ROOM:This is the name that Belilos have embraced for the Drawing Office, where all their designs find the light of day in the form of engineering working drawings. The Engine Room is managed by their longstanding Chief Technician Jose Pecino Saameno, who over the years has successfully trained the new generation of engineering draughtsmen. 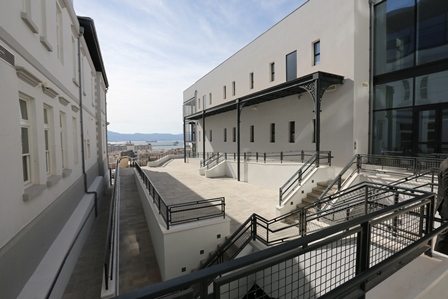 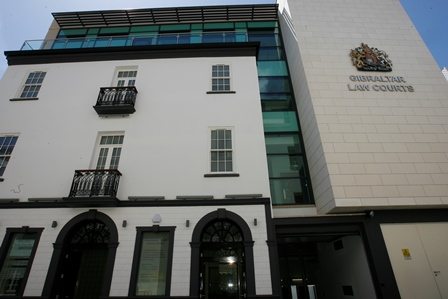 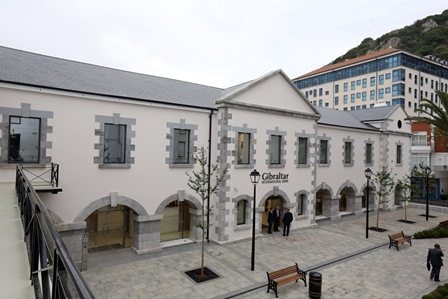 MORE TO BUILD
Mr Belilo is optimistic about the building construction industry on the Rock. He believes “Gibraltar is at a high” with major developments to come over the next ten years including the new generating station, a water treatment plant, the football stadium, a second cable car/tram to the Upper Rock, military services and installations that need to be maintained and then the East Side development project.
Mr Belilo says there is plenty of work for a number of years although he warns a Brexit could put the brakes on development in the long term future.
“The success of the East Side will depend on the fluidity at the border but there is development locally for the next 10 years and more.”
But he is confident Gibraltar is expanding well into the reclamation areas.
“When we set up 30 years ago someone asked me why we were setting up the business because there was no room in Gibraltar to build anything, but now 30 years down the line, there is still a lot of development and new buildings constantly going up. Gibraltar is not filling up. You don’t want to build highrise buildings in the middle of the old town but outside there will always be room to grow further,” he says. And he points to the South District, Windmill Hill, which he feels could still see further development.
“There is room for expansion in the South, and the East Side will hopefully take off too creating a new town. But if only we had good relations with Spain then we could overspill into La Linea and help grow the economic revival of La Linea in conjunction with Gibraltar. That is if politics would allow it – I am sure La Linea businessmen would welcome it. “
In fact Belilos works in Spain undertaking both minor and medium sized projects where they work mainly with British ex-pats who find it easier to work with English speaking engineers.

HOW IT WORKS
All building projects require an engineering input and design. In fact structural engineers are involved from beginning to end of any project. Effectively it is the architect who brings in an engineer to put in the “bones and the meat” into the architectural concept beginning with the foundations.
The industry, he says, has seen changes in the development of the working drawings which had always been carried out by hand. Today all is put together with computer generated drawing programmes.
“We can now create drawings in three dimensions which interact with the architects drawings, and the services engineering drawings.”
Mesod Belilo calls it the “triangle in the development” – the architect, the structural and services engineer – all bring the construction together as a team effort.
There are a series of factors to be taken into account when designing a building – such as resisting the dead loads and live loads. Designs also need to take into account the wind loads and seismic movements in projects such as Jumper’s Building and Kings Wharf with multi-storey structures. There are also great differences between industrial, residential and commercial project designs.
“We need to know whether the foundations will take the load right down to the bedrock layer. We need to know where in Gibraltar it is going to be built and carry out geological site investigations to know what foundations will need to be designed because of the geological structure and soil layers. There are areas where there is solid limestone; on the North Face of the Rock it is all sand, and then there are the reclamation areas where the the foundations have to be extended through the seabed strata.”
Belilos work with specialist firms in Spain to carry out the site investigations. Above the ground there is the need to design structures which will hold the building up - the columns, the beams, the slabs and the staircases. All these have to not only resist the dead loads (self-weight of the building) but the live loads depending on the use of the building itself.
“Gibraltar lies under a seismic zone of medium intensity so we have to design against seismic movements in the foundation designs.” 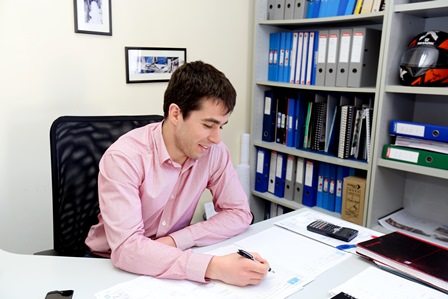 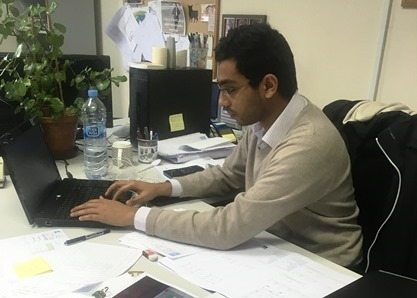 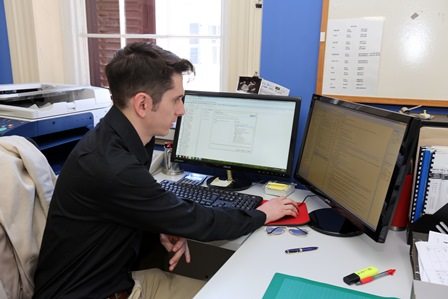 THE FUTURE
As the company continued to grow “slowly and steadily” Mr Belilo soon found himself more and more on the administration side of the business.
Today he finds he is more involved in the company’s development. At 69 Mr Belilo has no plans for retirement. Through the years he has juggled his time as a JP, having been its president for some five years, and a JP for 23 years for which he was awarded an MBE for services to the judiciary
“I would like to see Belilos continue well after we retire. We have young Gibraltarians whom we are grooming and preparing for the future. We have brought new blood into the company to ensure the company carries on.”
There is he says as he walks around Gibraltar a genuine feeling of pride that Belilos has been involved in so many developments in “our own home town and that we can associate ourselves with it”.