Gibraltar women face Andorra this Wednesday afternoon in what will be the first of two full international friendly matches they will play within the next five days.
The twenty-female squad arrived in Andorra on Tuesday ahead of the match greeted by the Gibraltar flag flying high above the Andorran stadium.
Under the guidance of head coach Janssen Olivero and his technical staff the players had an opportunity to get a feel for the playing field where they will play today.
This will not be Gibraltar women’s first match against Andorra having played against them in 2014 in what was the first women’s UEFA development tournament held on home soil. The match was their first outing on the international stage in any capacity and saw Gibraltar narrowly defeated by a solitary goal.
Although with only a handful of full internationals under their belt Gibraltar have since recorded their first full international victory a 1-0 against Lichtenstein.
Andorra for their part have also beaten Lichtenstein, recording a 2-4 victory away from home last September, highlighting the Andorran’s strength across the field although not yet playing in qualifier matches.
Gibraltar head to Andorra with their squad including a new call up in Ellie Mason who plies her trade for Lewis FC women only recently getting player of the month for the FA Championship club.
Gibraltar also has in its ranks Shania Robba who reached the BT Sport Ultimate Goal finals last year and Tiffany Viagas playing for Liverpool Feds. Other players include Charylann Pizzarello who plays for Malaga City which recently won their regional league and Kyrelle Revagliatte and Keisha Doody who play for Esteponense.
A mix of talented young players including Joel Gilbert, Kayleigh Ferro and Molly Karp from league leaders Lions Gibraltar strengthen the squad providing strong opposition for the Andorrans. 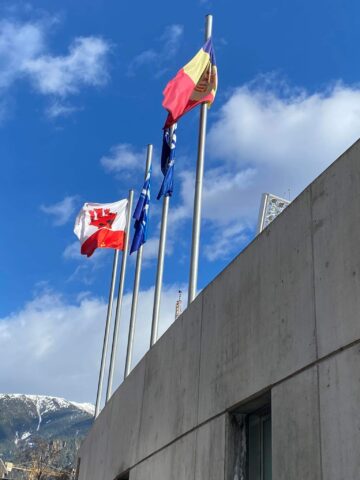