The Gibraltar Cricket Premier league kicked off last week, after five years absence, with some surprises.
Lathbury Lightning provided the first surprise as they beat Harding Hurricanes by six wickets in the curtain riser.
Rahul Daswani was to finish as player of the match with Avinash Pai as top batter with a 47 total.
Youngster Louis Bruce maintained his momentum as one of the upcoming talents in Gibraltar cricket finishing as top bowler on the day.
The youngster has received high praise, even internationally, as his stats continue to mesmerise producing some of the best stats for teenage players across Europe.
In the second match this weekend Mediterranean Vikings produced the second surprise after beating Calpe Giants by one run.
The opening round of the Gibraltar Cricket Premier League ensuring that both Lathbury Lightning and Mediterranean Vikings take top spot. 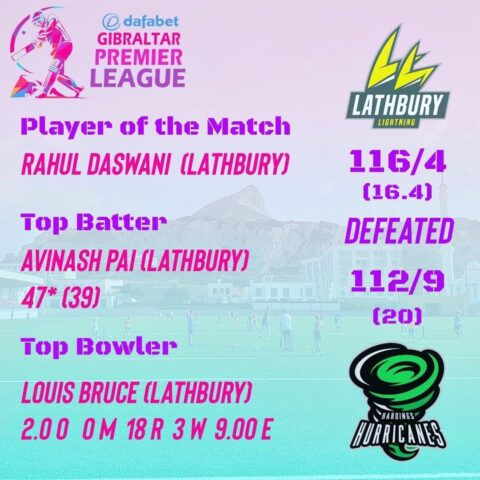 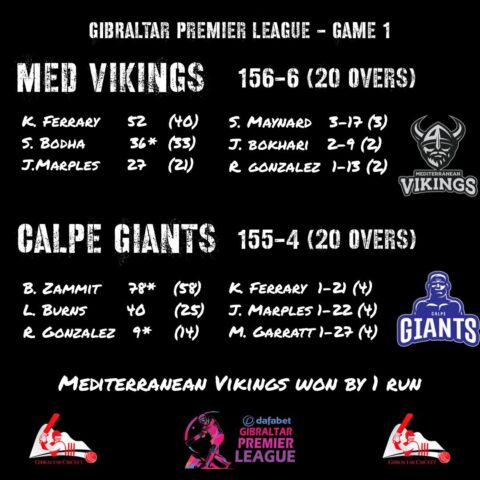