Boca’s removal sees new leaders at top of the table

The removal of Boca Junior’s Gibraltar has seen some dramatic changes to the league table. Among the clubs benefitting are Lincoln Red Imps whose draw against Boca Juniors Gibraltar had been seen as a drop of tow keys points.
With all results against Boca now removed from the fixtures Lincoln Red Imps climb to the top of the league, equal in points to Europa. The latter was due to play Boca this evening.
Glacis United have also climbed to fifth place with Lions now sixth and Lynx taking fourth place.
The bottom of the table now sees Europa Point at the foot of the table with Bruno’s Magpies effectively third from bottom, although Boca’s name is still included in the official league table. 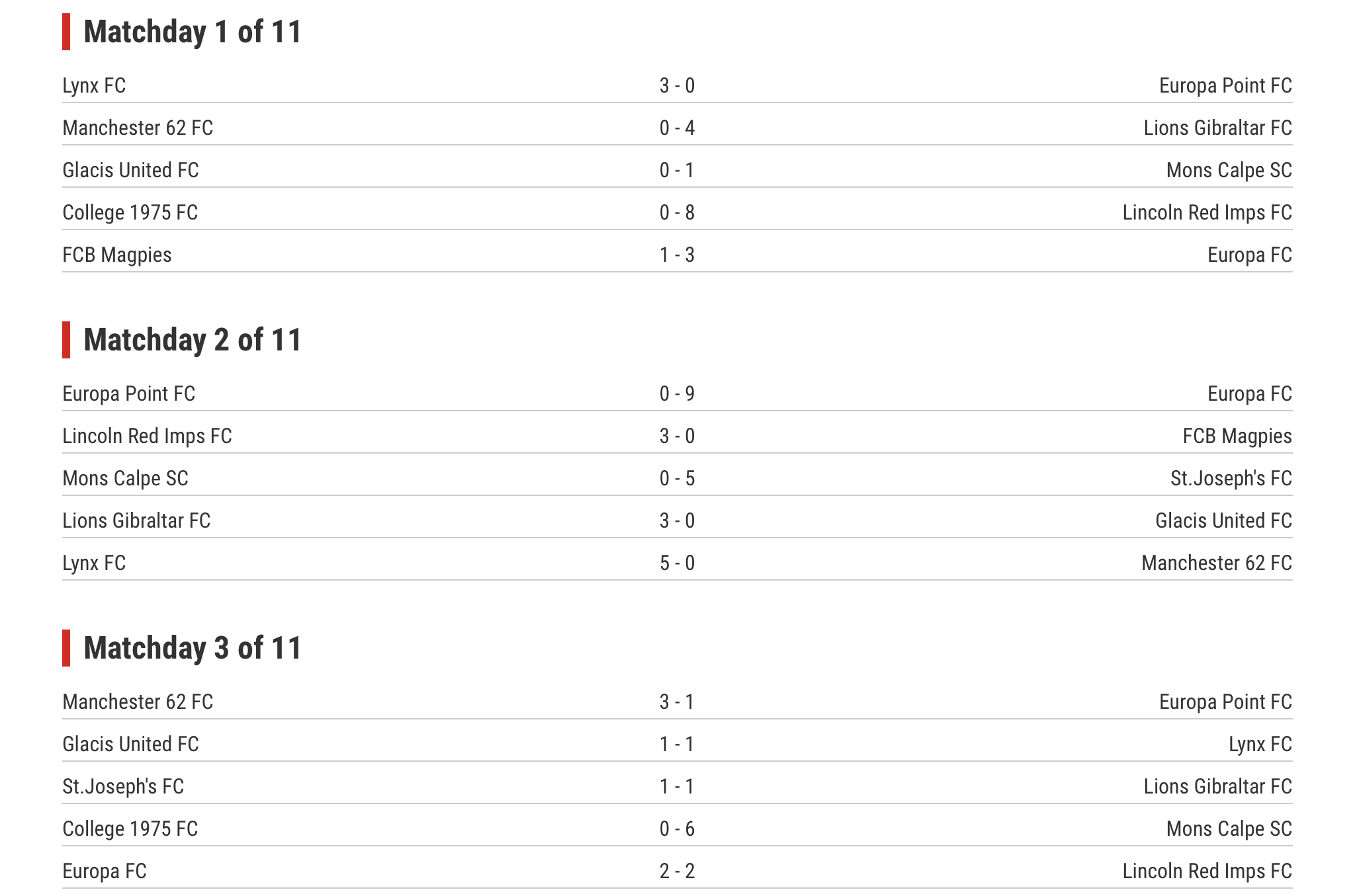 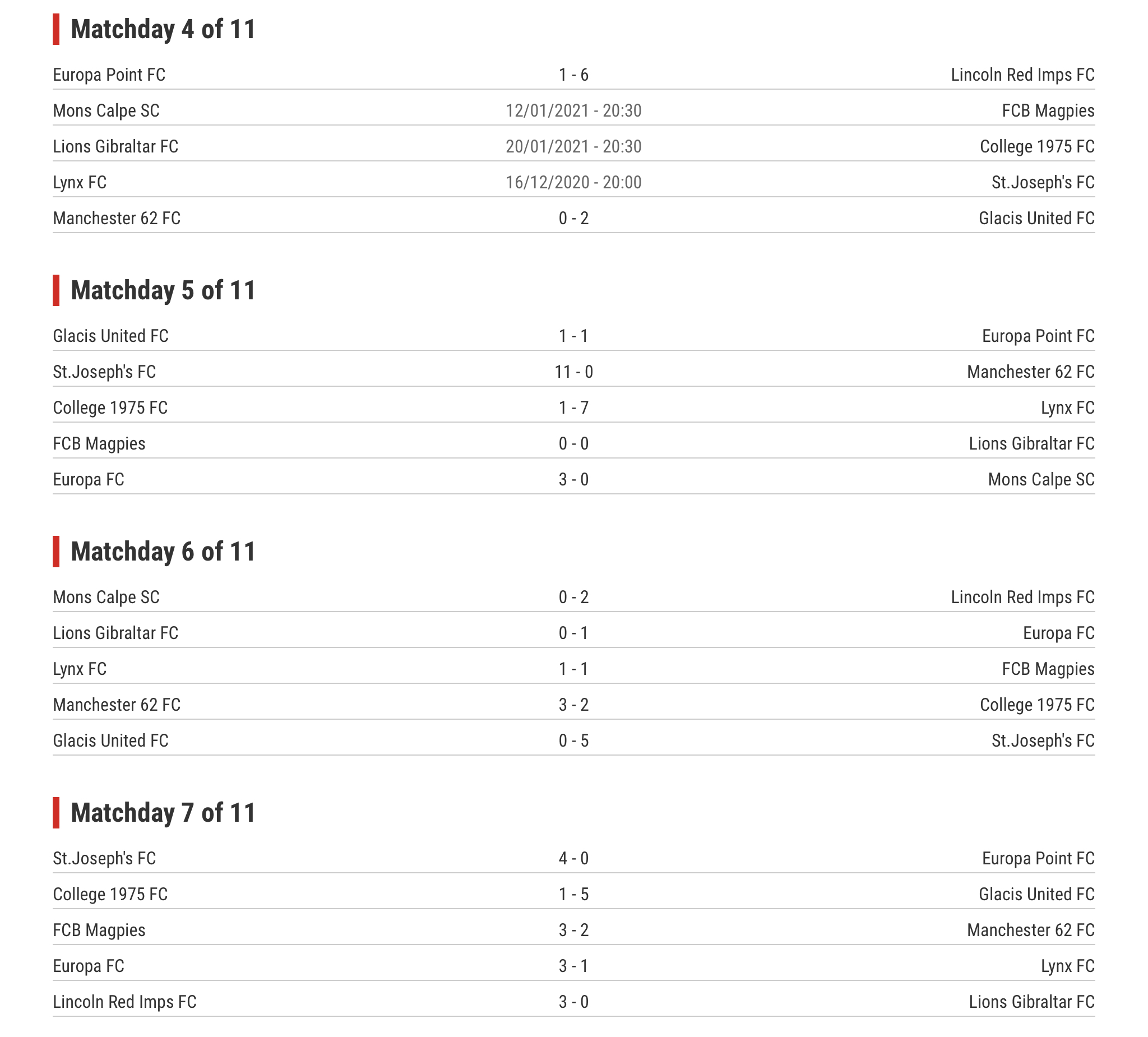 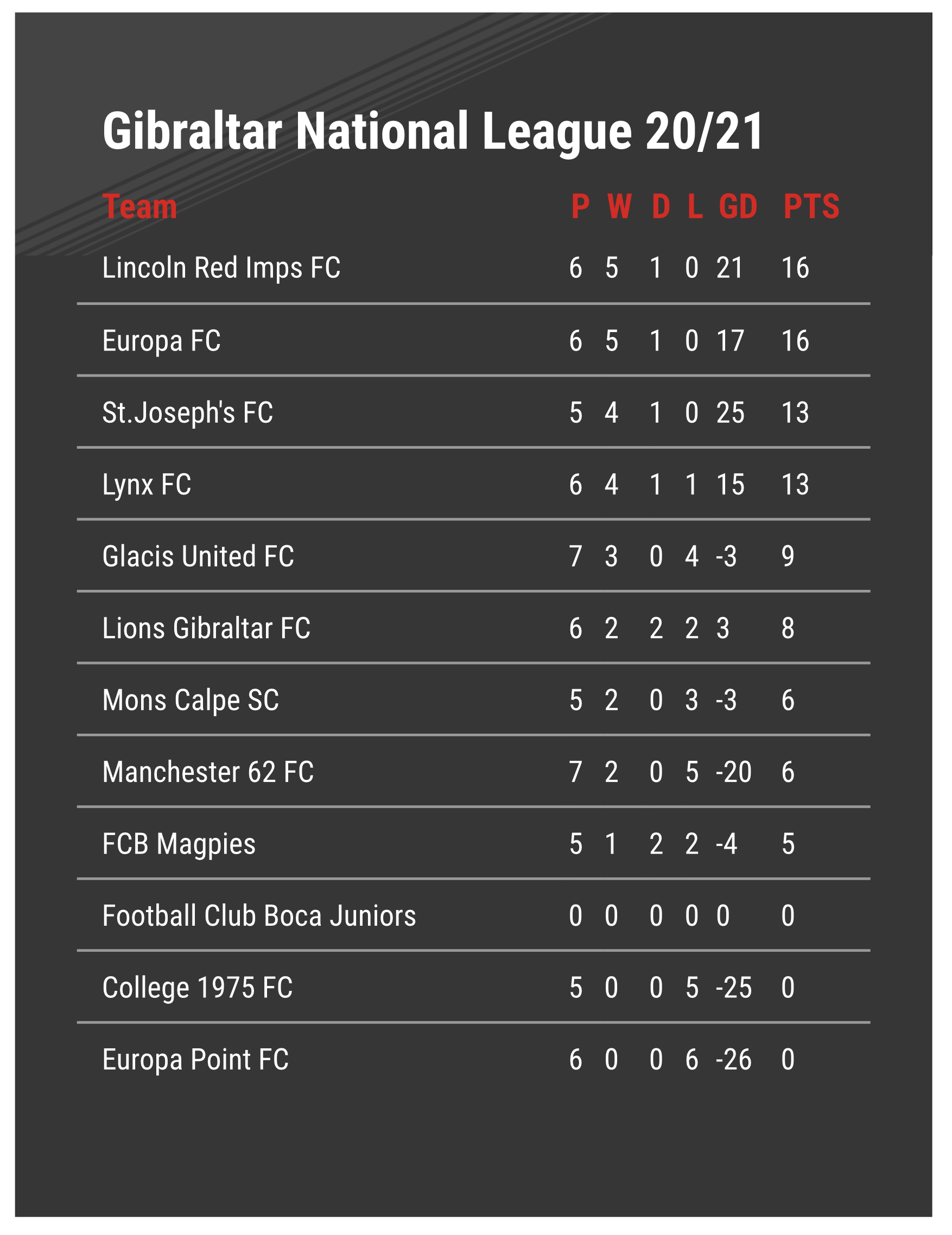