Brindle and Navas book themselves a place in Squash doubles finals

Gibraltar’s doubles team of Brindle and Navas booked themselves a place in the men’s doubles finals in Squash after beating Bermuda.

The Gibraltar pair showed great concentration and flair as they took the first game 15-7 to the frustrations of Fitzgerald and Smith from Bermuda.

In the second game they started falling behind before equalising and then setting off to open a gap before Bermuda scored a point again.

Running off with the points the Gibraltar pair won 15-8, with three match points in which they could have taken the match. 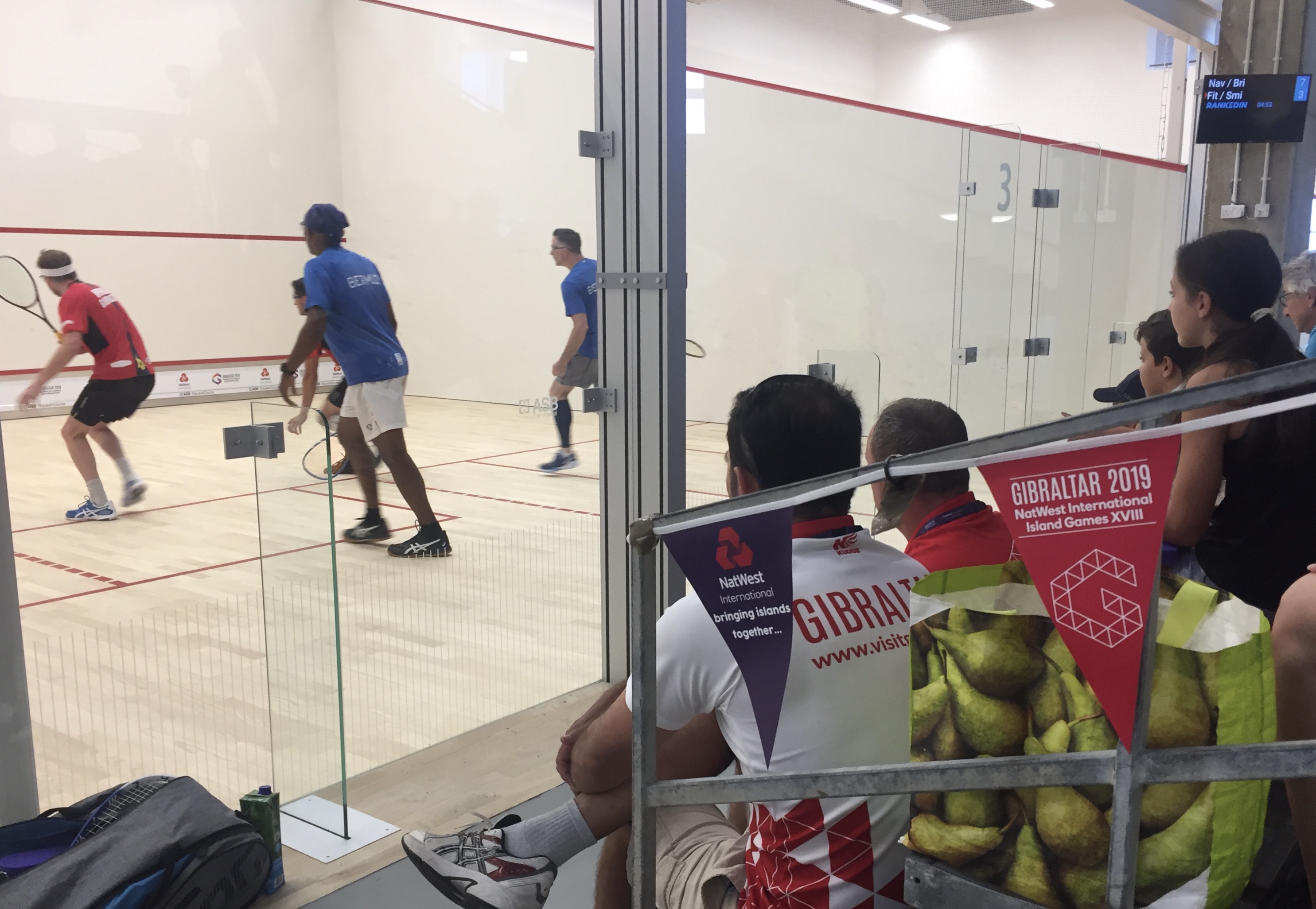