photo issued by Karmarama of an image from 'A Soldier is a Soldier', a new female-led recruitment campaign created by outsourcing firm Capita for The British Army. The new campaign, highlights how in the Army, soldiers are defined by their skills, not gender. The film, narrated by serving female soldiers, opens with a soldier pondering the question "what's it like being a female soldier?" with the narrator explaining "I wouldn't know" because in the Army, a soldier is a soldier.

The British Army has unveiled a new recruitment campaign amid a drive to encourage more women to sign up.

Outsourcing firm Capita on Thursday announced its latest recruitment campaign for the British Army, A Soldier Is A Soldier, which aims to show that soldiers are defined by their skills not gender.

It said the campaign highlights that the Army is an inclusive employer with equal pay according to rank, and equal expectations for all soldiers, regardless of gender. 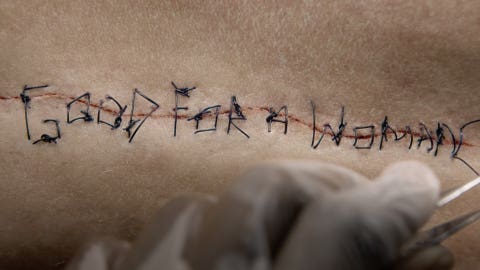 This year the Army is looking to encourage more women to apply to join, with female representation currently at 9.8% in the British Army and 14.2% in the Army Reserves, Capita added.

Major General Sharon Nesmith, General Officer commanding army recruiting and initial training command, said: “The army is incredibly proud of the progress that has been made towards gender equality.

“Huge changes have taken place over the last few years, and we want to continue to make positive changes to attract and retain the best talent regardless of gender.

“We hope that A Soldier Is A Soldier challenges people’s perceptions of female soldiers and highlights the incredible work all of our soldiers do, in order to inspire potential new recruits to consider army jobs.”

The campaign will see a series of adverts across cinema, video-on-demand, radio, and social media.

One video advert, narrated by serving female soldiers, opens with the question “what’s it like being a female soldier” with the narrator replying “I wouldn’t know” because in the Army, a soldier is a soldier”.

It also shows “ridiculous concepts” of female-adapted equipment such as “beach body rations” and a rifle with an “easy-pull trigger for smaller hands”, and outlines how these do not exist.

The voiceover goes on to speak about how there are no male or female signs on toilet doors or teams of women in the Army.

Further adverts will run across social media and radio.

The campaign was developed by advertising agency Karmarama together with Capita, which has partnered the British Army since 2012 to deliver the recruitment of all military personnel.

Siobhan Penrose, head of marketing for the British Army recruiting group, said: “We’re proud to be launching a campaign with the army that directly addresses our attitudes to diversity and inclusion.

“We hope to build on the success of previous campaigns and ultimately offer all soldiers a chance to reach their full potential through a great career in the British Army.”