Calligraphy on display in charity exhibition

By Nathan Barcio
Expressions of positivity through Calligraphy by Karen Cano are currently on display at The Nook in the Gibraltar Arts and Crafts shop.

Ms Cano has been doing Calligraphy for around a year and hopes that her work will express positivity to the community and put a smile on people’s faces by inscribing optimistic messages within poetry and quotes.

“They are all positive things that make you smile when you read them, I think we all need a bit of that at the moment”, she said. 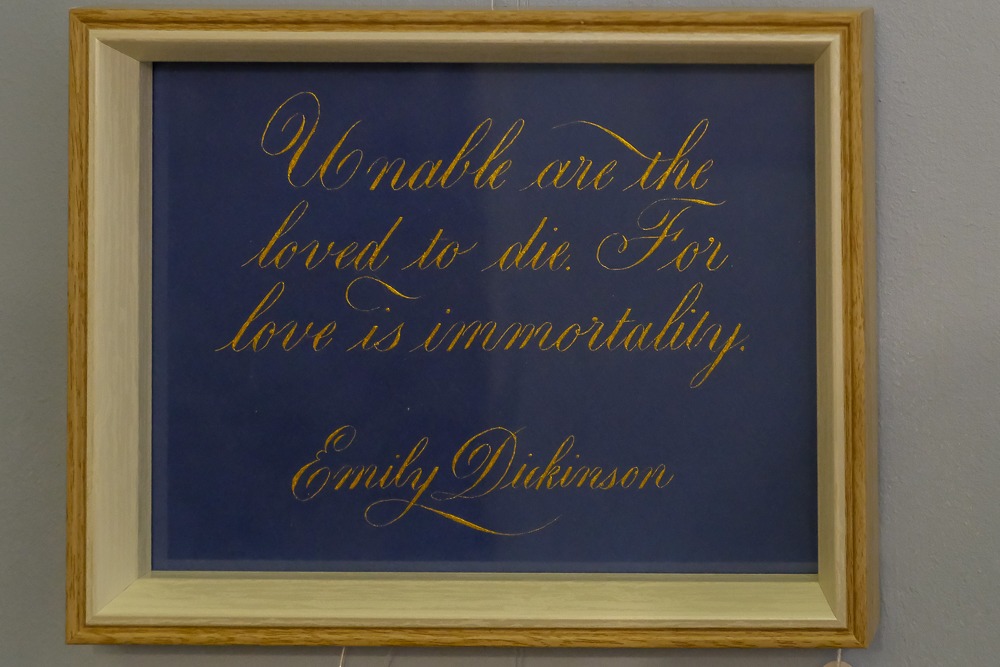 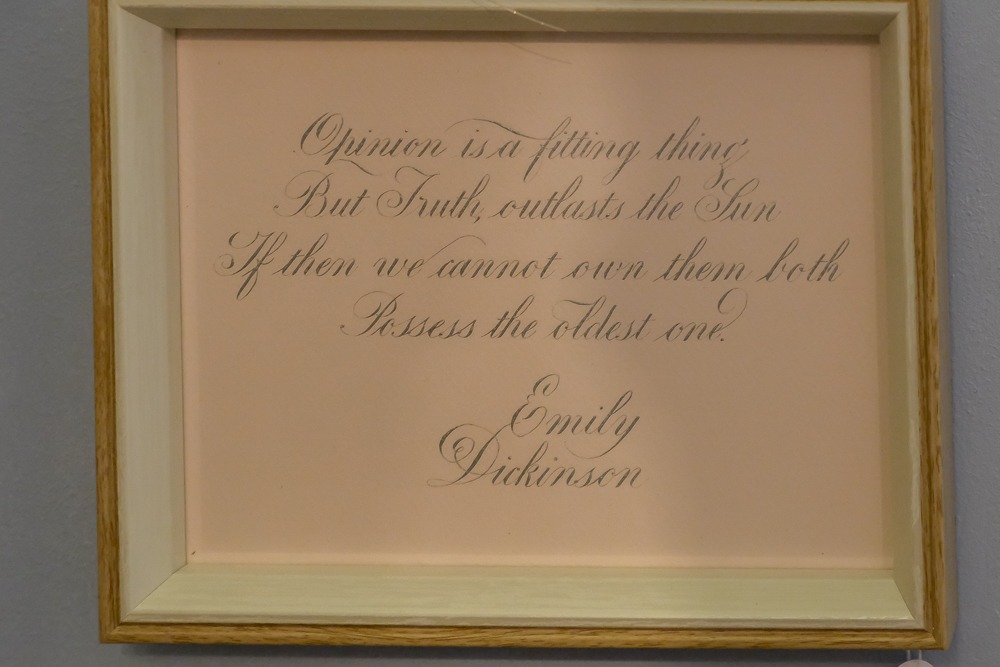 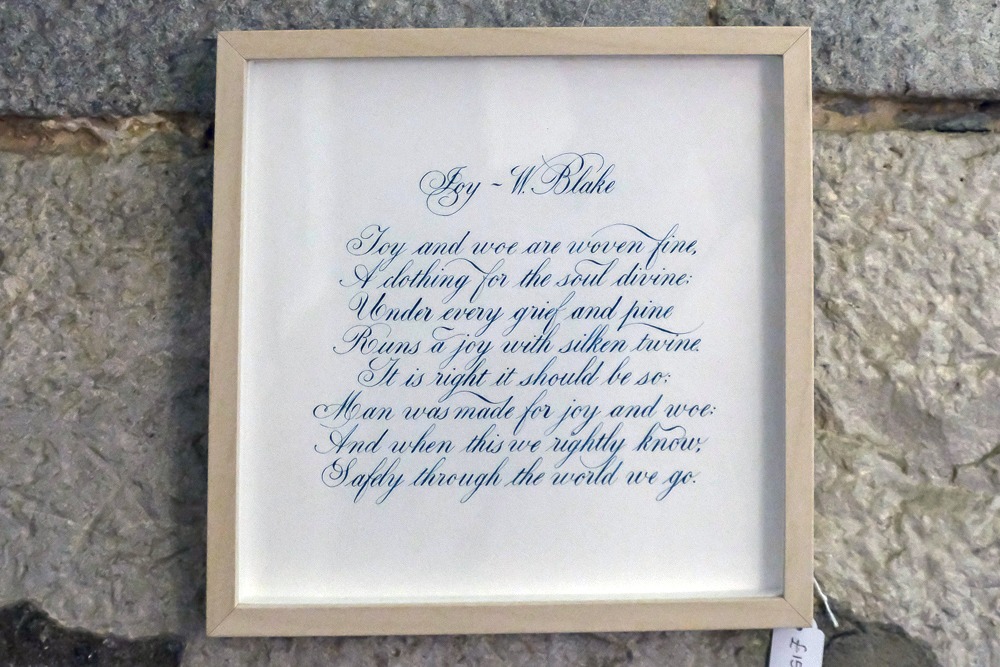 “People like Robert Frost, who was just an ordinary guy and I think a lot of people can relate to his work,” she said.

“All the poems are pretty much happy poems, for me It is important that when you read them it puts a smile on your face, or it gives you something to think about.”

“Not everybody is into poetry, so I think the poems that I picked are ones that will appeal to a lot of people.”
“A lot of simple quotes that put a smile on people’s faces.”

Ms Cano will be donating all of the proceeds from the exhibition to charities Cancer Relief Gibraltar and the Stroke Association in a bid to give back to the community.

“Both cancer and stroke are things that have impacted on my family in a big way, so to be able to do something that I love and also give back to the local community is amazing,” she said.

“Gibraltar has been my home for over 15 years now, I love Gibraltar and Gibraltar is my home so obviously I want to give back.”

Ms Cano has felt delighted to have her work on display at The Nook as “Calligraphy is something that you don’t really see in Gibraltar.”

“It is fantastic, this is the first time that people have seen it really, so a lot of people don’t know what I do, and so they have been pleasantly surprised”, she said.

Ms Cano has always had an interest in Calligraphy and similar ventures, but only got into Calligraphy as of late.

“I have always been interested in typography, hand-lettering, and Calligraphy has kind of been there, but I never had the chance to explore it”, she said.

Lockdown provided Ms Cano with the opportunity and time to research Copperplate Calligraphy before undertaking the pastime.

“Over the last year there’s a lot of Facebook groups that popped up and once I started looking into Copperplate Calligraphy then I was addicted to Copperplate.”

“It is something that is very difficult to get into at first because there’s a lot of difficulties between the paper and the ink and getting things right.” 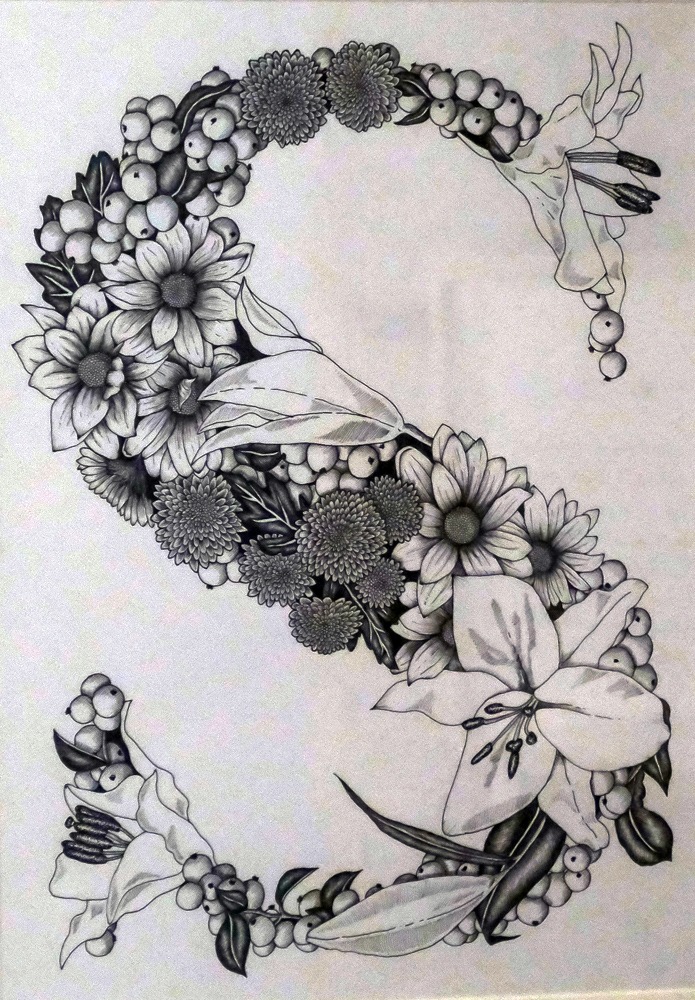 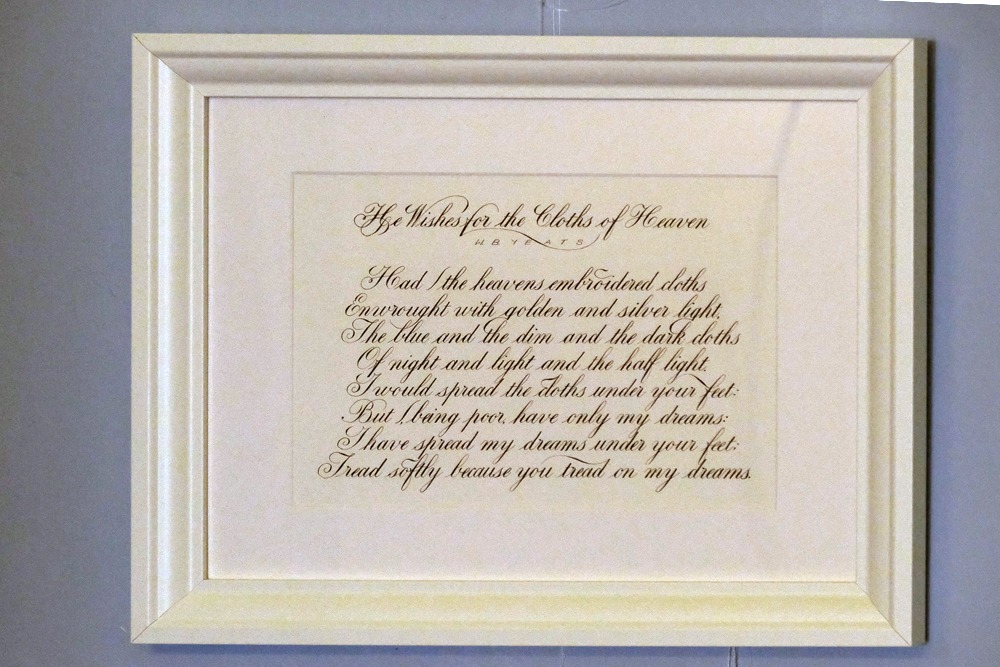 However, the hard work and difficulties pay off for Ms Cano.

“I think that’s why when you get a finished piece of work it’s rewarding”, she said.

“The one thing with Calligraphy is time, you have to spend a lot of time practicing.”

When talking about becoming involved in Calligraphy, Ms Cano said: “You can spend a lot of money on these things but you can also use something as simple as gouache to write with mixed with water or you can get more expensive inks, you can also use Mica powders.”

“The pens, it’s a dip pen, its basically a metal nib with a handle, there’s loads to choose from, it doesn’t have to be expensive.”

Ms Cano recommended Calligraphy to anyone who wants a relaxing and enjoyable hobby.

“I would say to give it a go, it’s a really relaxing pastime, all you need is a dip pen and some gouache or a small pot of ink and piece of paper, it is very simple to get started, there’s loads of stuff on the internet,” she said. 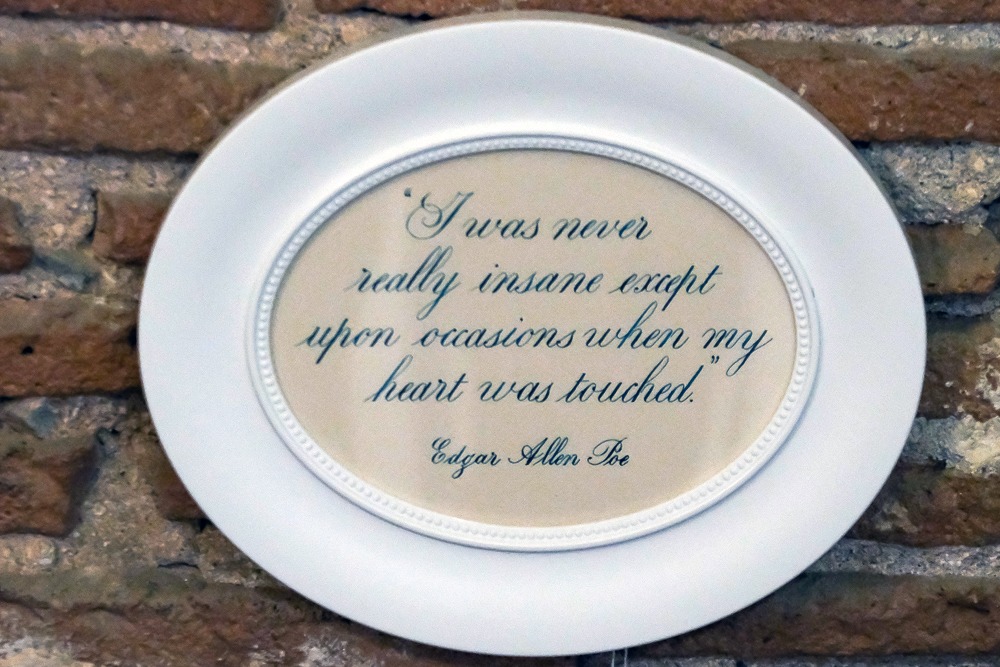 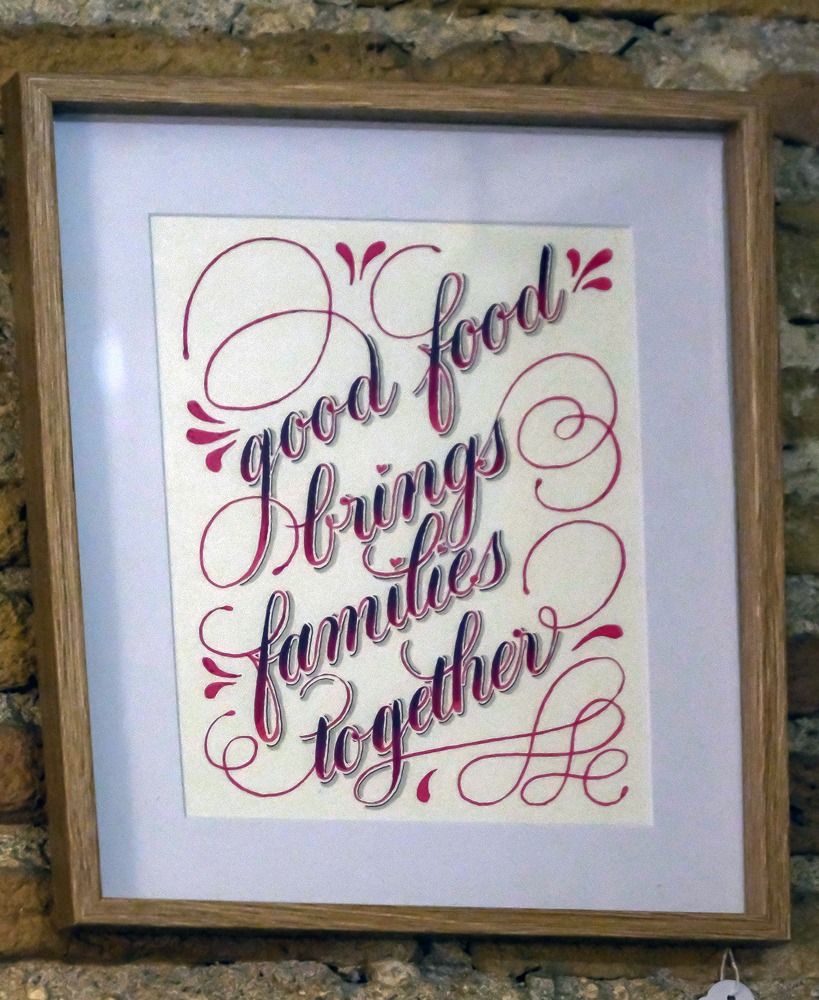 Ms Cano is currently exploring other types of Calligraphy and hand-lettering, but her passion remains in Copperplate Calligraphy.