Mr Picardo unveiled a plaque in the presence of Christian Bjørløw, CEO of Trusted Novus Bank, and the Minister for the Environment, Dr John Cortes.

The park, which has been paid with a donation from the bank, was previously known as Mid Town Park. 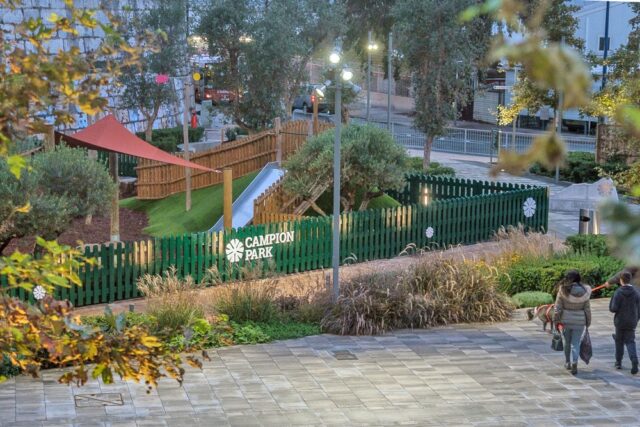 As a plaque with gold writing engraved on Sierra Elvira limestone was unveiled, Mr Bjørløw said: “We were always seen as a truly local bank and with this donation to fund an amazing park I am pleased that the bank and our shareholder can give something back to everyone in Gibraltar."

“We are delighted we got permission to change the name of this park to Campion Park.”

He noted he has always seen the campion as a symbol of Gibraltar and stated what better place to display the flower, which is also the bank’s logo, than a green space in the centre of the city.

Mr Picardo commented that not only was it a pleasure to see the park become a reality but to also see “that those who come to Gibraltar don’t always come to take, some also come to give.”

“And, those that want to come to give and form an even greater part of our community and want their roots to go straight through our community must be very welcomed.”

“For that reason the Government has very much welcomed the decision of the directors of Trusted Novus who want to make a significant donation to the community and to absorb the cost of the provision of this park for the community,” he said.

He also commented that people who think it cost four million to add just a few swings are mistaken as a lot of the cost was in respect of the services that lay underneath the park.

“That is what this donation is really about. Being under the surface, being part of the roots of this community so it is a genuinely welcomed contribution from Trusted Novus which demonstrates the depth of your relationship with Gibraltar and how your roots are very much in this community,” said Mr Picardo.

“This time with the campion as the emblem, perhaps not just your emblem but also an emblem for Gibraltar’s future and how we embrace our obligations under the new climate change strategy,” he added.

Dr Cortes fully backs the new name of the park as it is spreading awareness of the plant. He called the park a wonderful place with a combination of a children’s play area, lawns, paved areas and trees.

“I think it is a wonderful combination. It has got a really nice selection of trees including a little area of Mediterranean woodland with cork oak trees which will grow very nicely. And, then we have other trees that you can see have taken off in Commonwealth Park,” he said.

“At this park we have already had a range of species from song thrushes to stonechats and just the other week there was a cattle egret walking along the lawn,” he said. 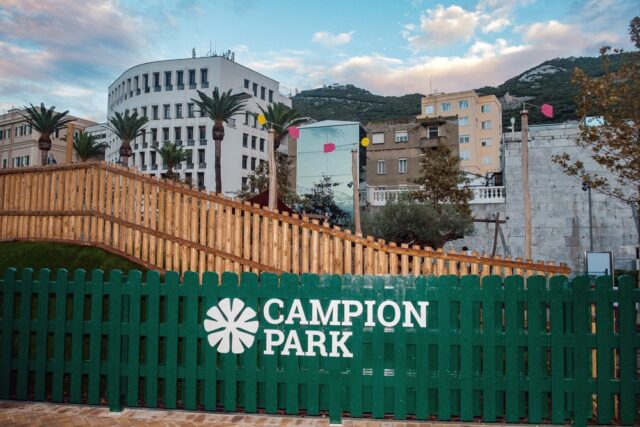 The Gibraltar Campion Silene tomentosa is a plant that is only found in Gibraltar.

“It was thought to be extinct. Leslie Linares [local botanist] had seen it in the 80s just one plant and then it disappeared,” Dr Cortes told the Chronicle.

“Then in May 1994 Leslie, Arturo Harper and myself went to look for it and we found only three plants up near Rock Gun.”

When it was seeding Dr Cortes went back and collected the seeds and personally sowed them in Gibraltar’s Botanic Gardens.

“And, saved it from extinction. If we had not found it and saved the seeds it would be gone as those three plants died a year later,” he said.

“This is probably one of the rarest plants in the world, there are others that are only known by one specimen. This survived in three,” he said.

“Interestingly enough they come in three different shades of pink from near white, to medium pink to deep pink and the three surviving plants were one of each colour.”

“Marvellous plant, marvellous scent and typical of Gibraltar. It is the Gibraltar plant that is how important it is,” he added.