The Campion’s netball weekend camp started this morning with further innovations after their UK based mentors were unable to visit Gibraltar.
The Campions, Gibraltar’s National squad and elite players did not let what could have been seen as a disruption to their plans get in the way of continuing with their planned weekend of training.
Equipped with a television screen, online connection, loudspeakers, video camera and mic the squad set up at the Tercentenary Sports Hall joined by their mentors in the UK. 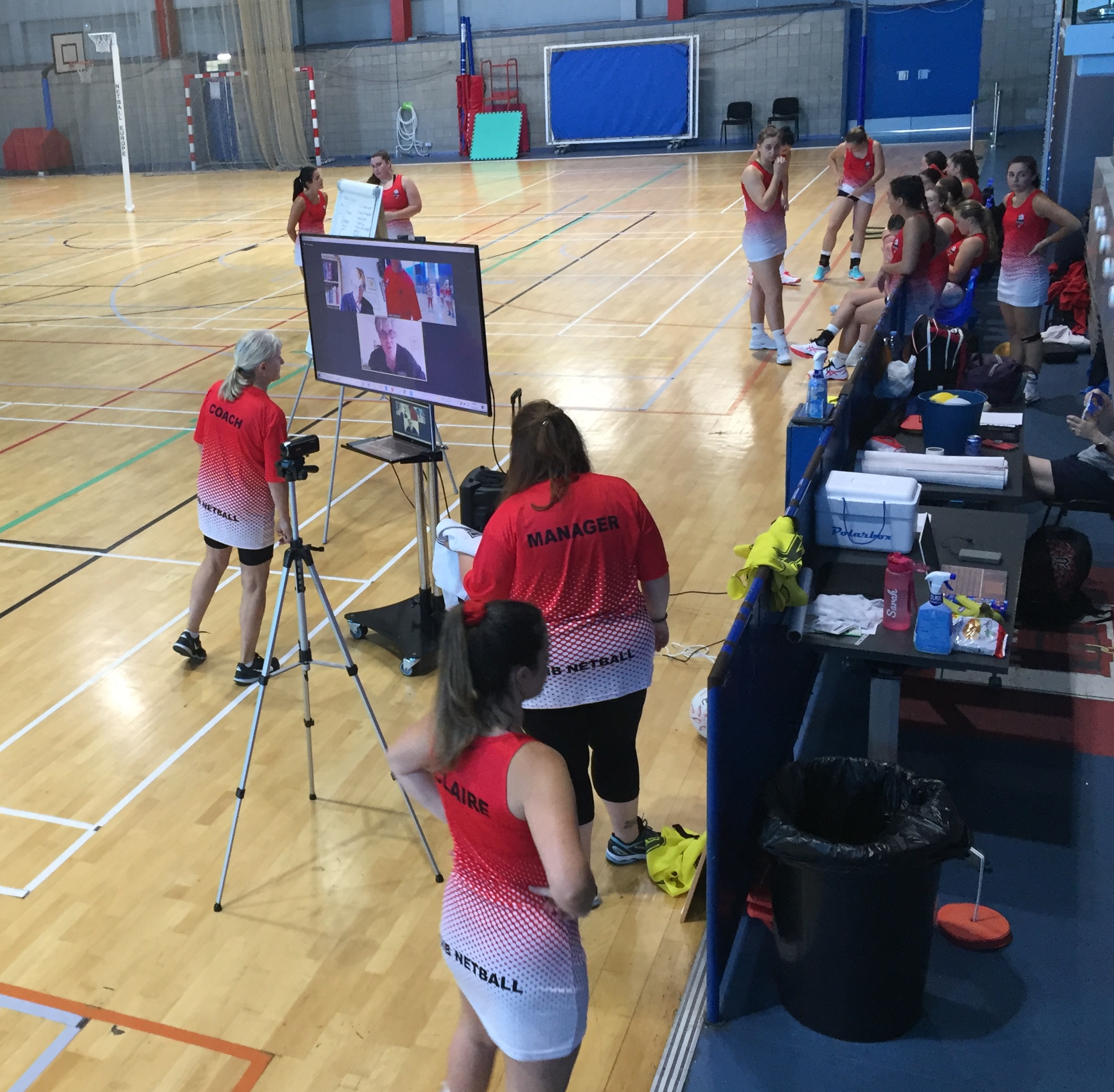 Communicating via online means and watched closely by their mentors they followed instructions throughout their sessions in what is now becoming a regular feature with their camps.
Forced to find innovative ways to train during lockdowns and Covid-19 restrictions netball in Gibraltar has maintained its momentum linking with outside coaches and workshops throughout the past year as the netball global community embrace online communications to maintain their links and development.
With local national coaches on hand liaising with mentors the squad have started to be put through their paces this weekend as they continue their planned preparations for this years Netball Europe competitions to be hosted in Gibraltar. 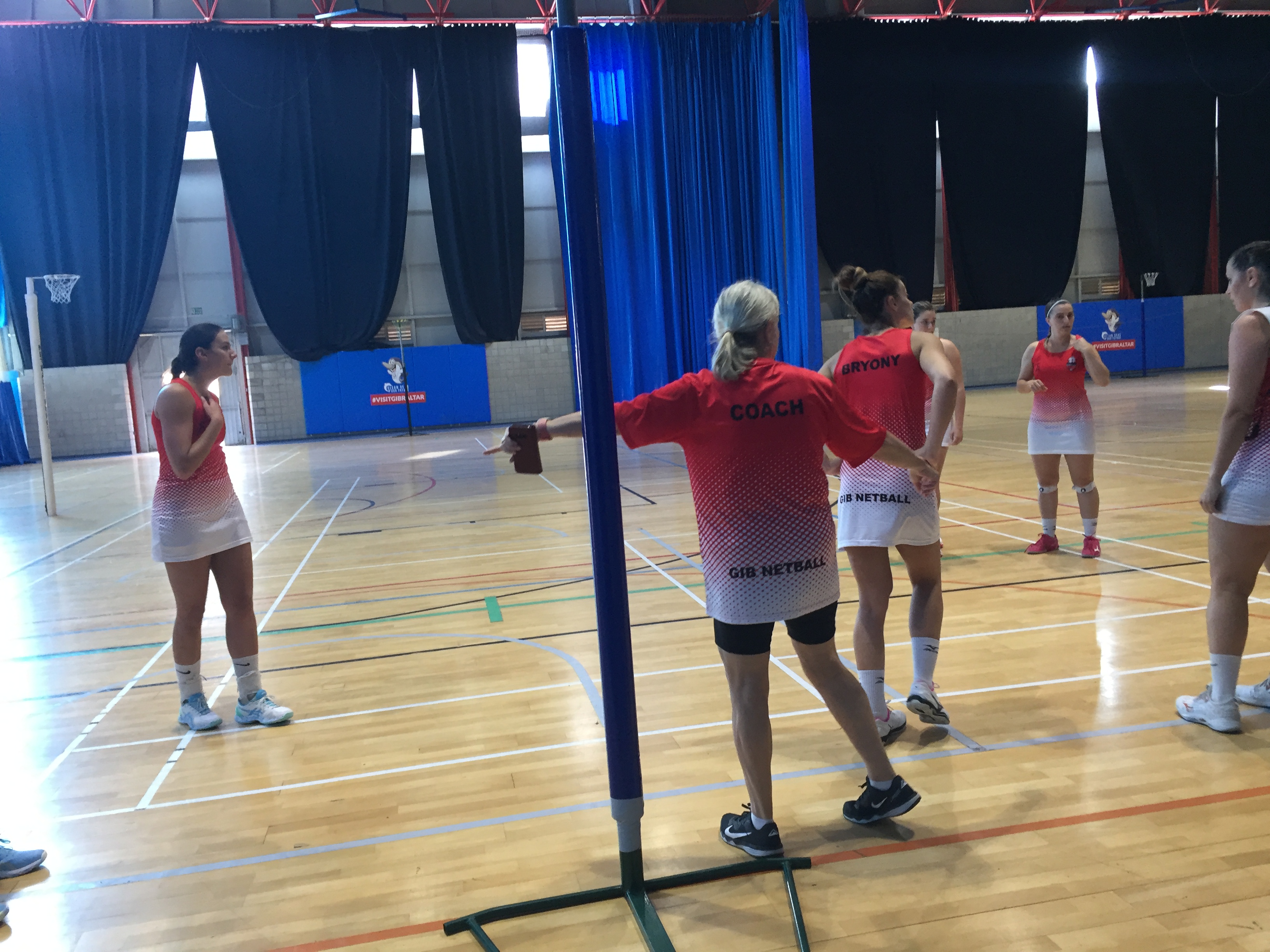 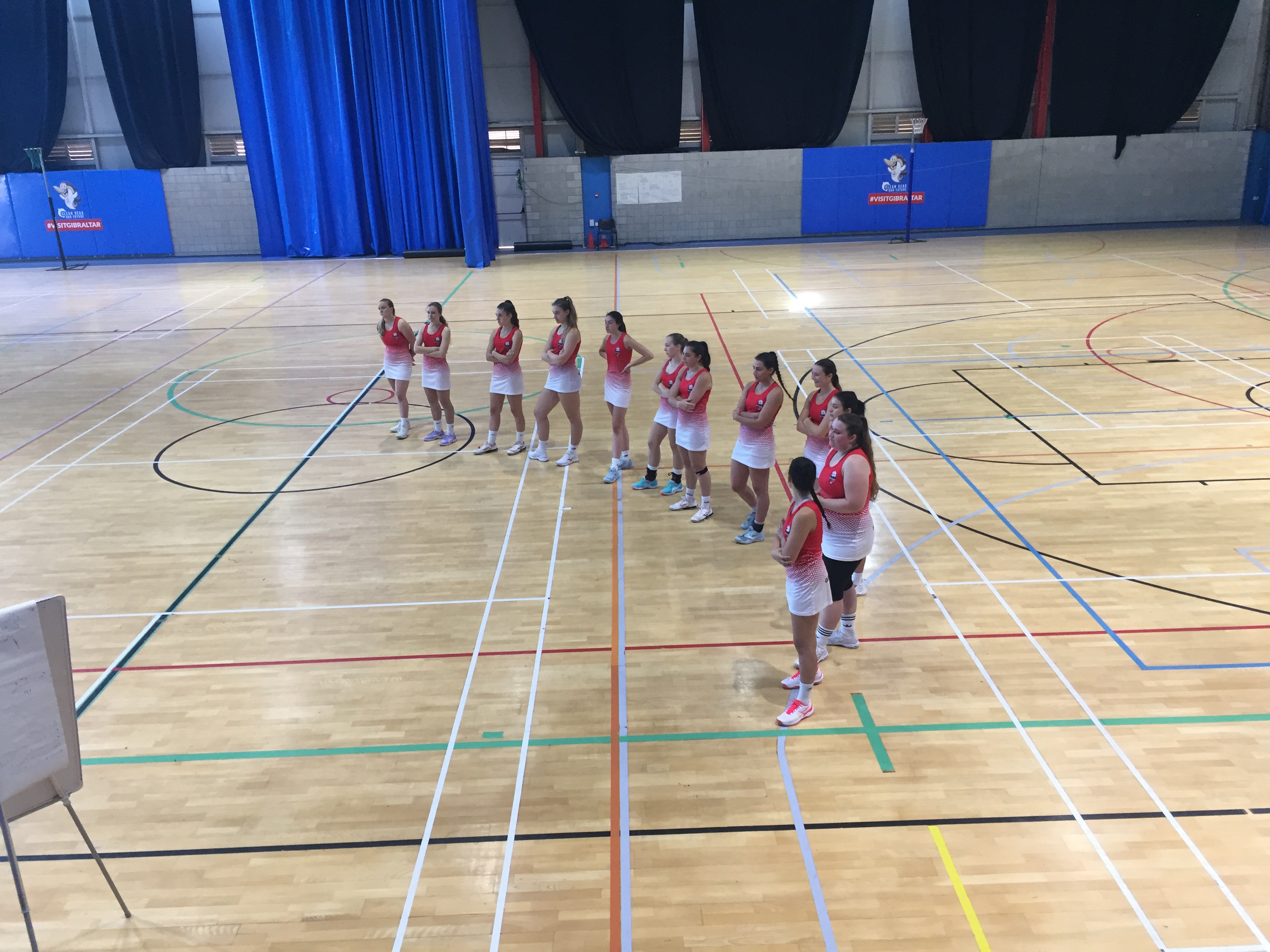