Gibraltar Netball has announced its squad for the forthcoming Europe Netball Open Challenge.
The team will be playing against hosts Isle of Man Cayman Islands and Switzerland in Group A following a decision to split the teams into two groups based on World Netball rankings.
The Campions, as the Gibraltar team are also known, will see the return of Lyana Ocana after her return to the court following a maternity break. The unexpected return, but well received return comes at a time when Gibraltar sees changes in its defence with Byrony Rovengo out of action due to injury. Whilst Zianna Gillingwater is among the players selected her recent injury has also placed doubt over her physical fitness entering into what could be one of the toughest tournaments in recent years.
Gibraltar will be looking to turn the tables on hosts the Isle of Man whp present themselves as one of the closest rivals Gibraltar will need to overcome following last years tournament.
Here are your Campions selected for the EuropeNetball Open Challenge to be held in in the Isle of Man this May.

The squad have been undergoing preparations in recent weeks with a squad camp held during the Easter period from which the final selection was announced.
Gibraltar’s frontlines for the tournament is among one of its strongest with Ferrer and Martinez joined by Ruiz, Pozo and Truman-Davies all three on top form and bidding for places in the squad.

Gibraltar also received a further boost with Head of Officiating in Gibraltar, Nadine Pardo-Zammit confirmed as one of the officials at the Europe Netball Open Challenge in May, held in Isle of Man.
The schedule for Novembers Under 17 Europe Netball Tournament was also announced. 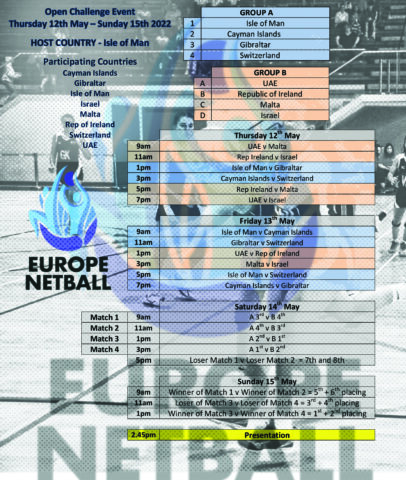 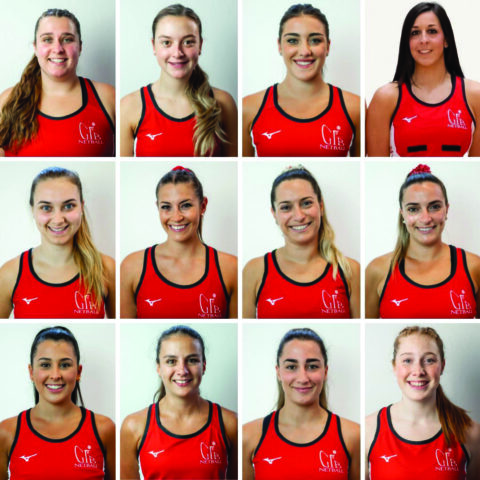 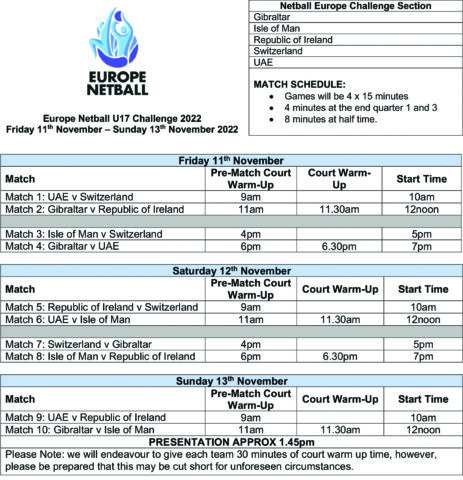