A cargo ship loaded with steel rebars was beached 200 metres off Catalan Bay in the early hours of Tuesday morning after it was damaged in a collision with a liquefied natural gas carrier as it was leaving the Bay of Gibraltar.

The ship, a bulk carrier called OS 35, was ordered to the east side of the Rock and told to come close to shore to minimise the risk of it sinking and protect the safety of those on board.

As the Gibraltar Port Authority triggered its emergency response, tugs were despatched to the scene and booms deployed to minimise the risk of an oil spill.

As of 7am on Tuesday, the Gibraltar Government said the situation remains stable with the bow of the vessel resting on the seabed in 17m of water, listing by three degrees to starboard. 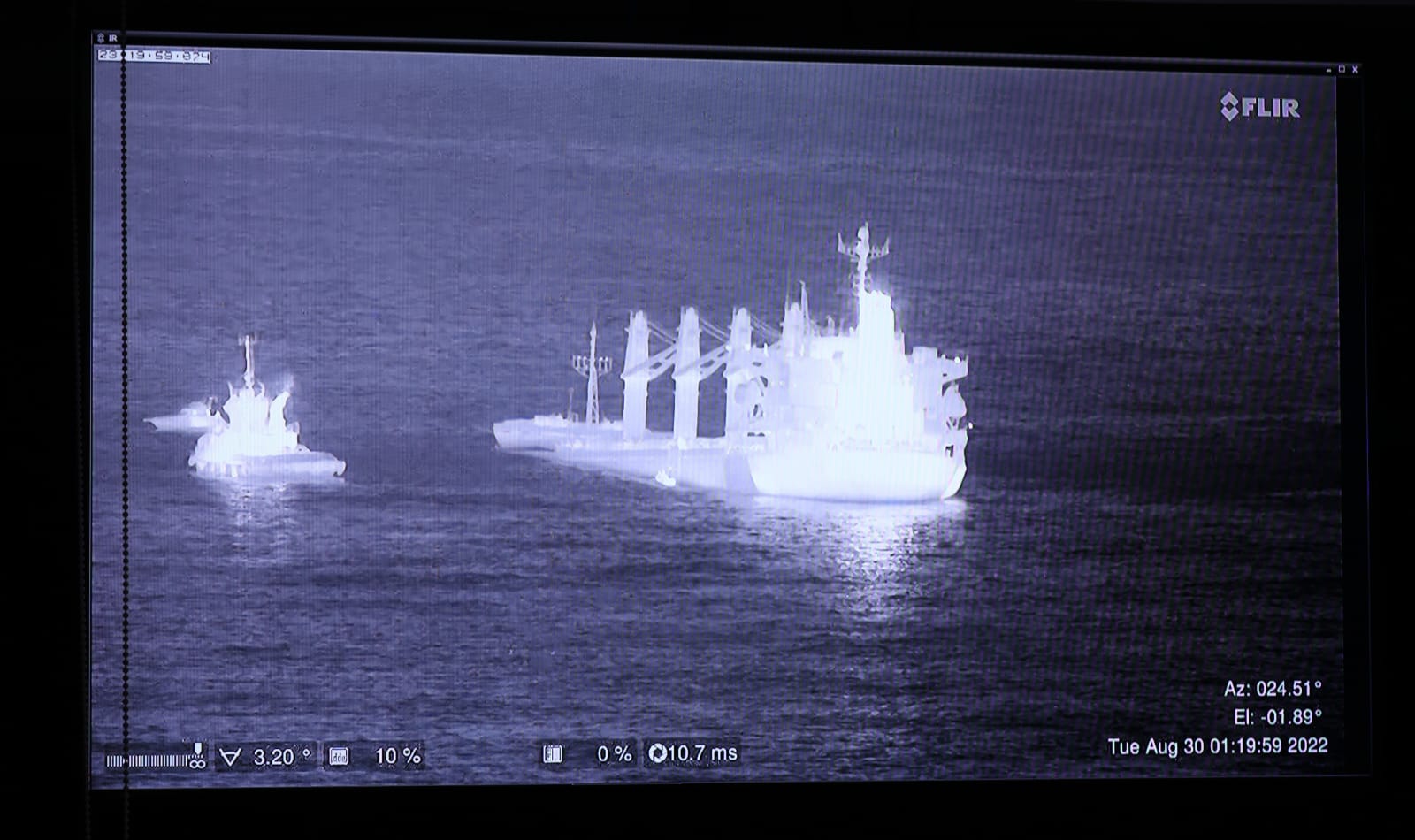 A notice to mariners has been issued by the Gibraltar Port Authority with a 200m exclusion zone already in place around the OS 35.

The vessel was carrying 183 tonnes of heavy fuel oil for its own consumption, alongside 250 tonnes of diesel and 27 tonnes of lube oil.

Approximately 400 metres of boom are now readily available on scene ready to be deployed around the vessel in the event of an oil spill.

"A survey inspection by a specialist team of divers this morning has confirmed that the OS 35’s bulbous bow is currently submerged 1.2 metres into the sandy seabed," the Gibraltar Government said.

"There is significant damage to the vessel’s starboard side, including a gash amidships, below the waterline, measuring approximately 10 metres by 4 metres."

"All crew members are safe and well, with no injuries reported, and are remaining on board." 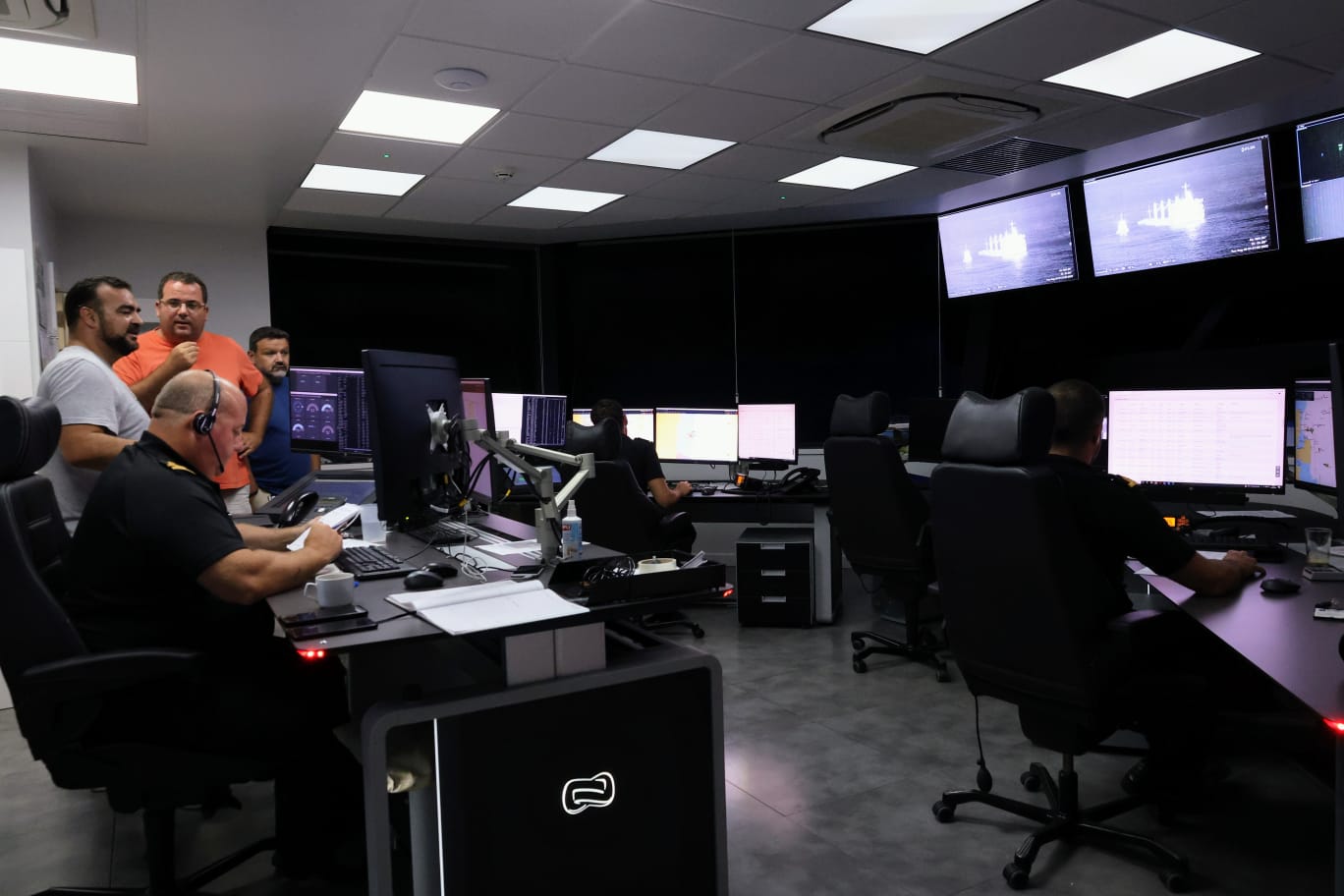 The ship was leaving Gibraltar to head to Vlissengen in the Netherlands at the time of the collision with the LNG carrier Adam LNG, which was heading into the Bay of Gibraltar, the government said in a series of statements issued through the night.

The collision appears to have taken place at around 10.10pm at the entrance to the bay just off Europa Point.

The Chronicle understands the LNG carrier did not sustain any major damage in the collision, with early indications suggesting contact was with the vessel's anchor chain.

The Gibraltar Government said the vessel suffered "no significant damage, except for a superficial dent to its bulbous bow."

"No injuries have been reported among the crew and there has been no water ingress," the Government said.

"This has been confirmed by divers and by an internal survey." 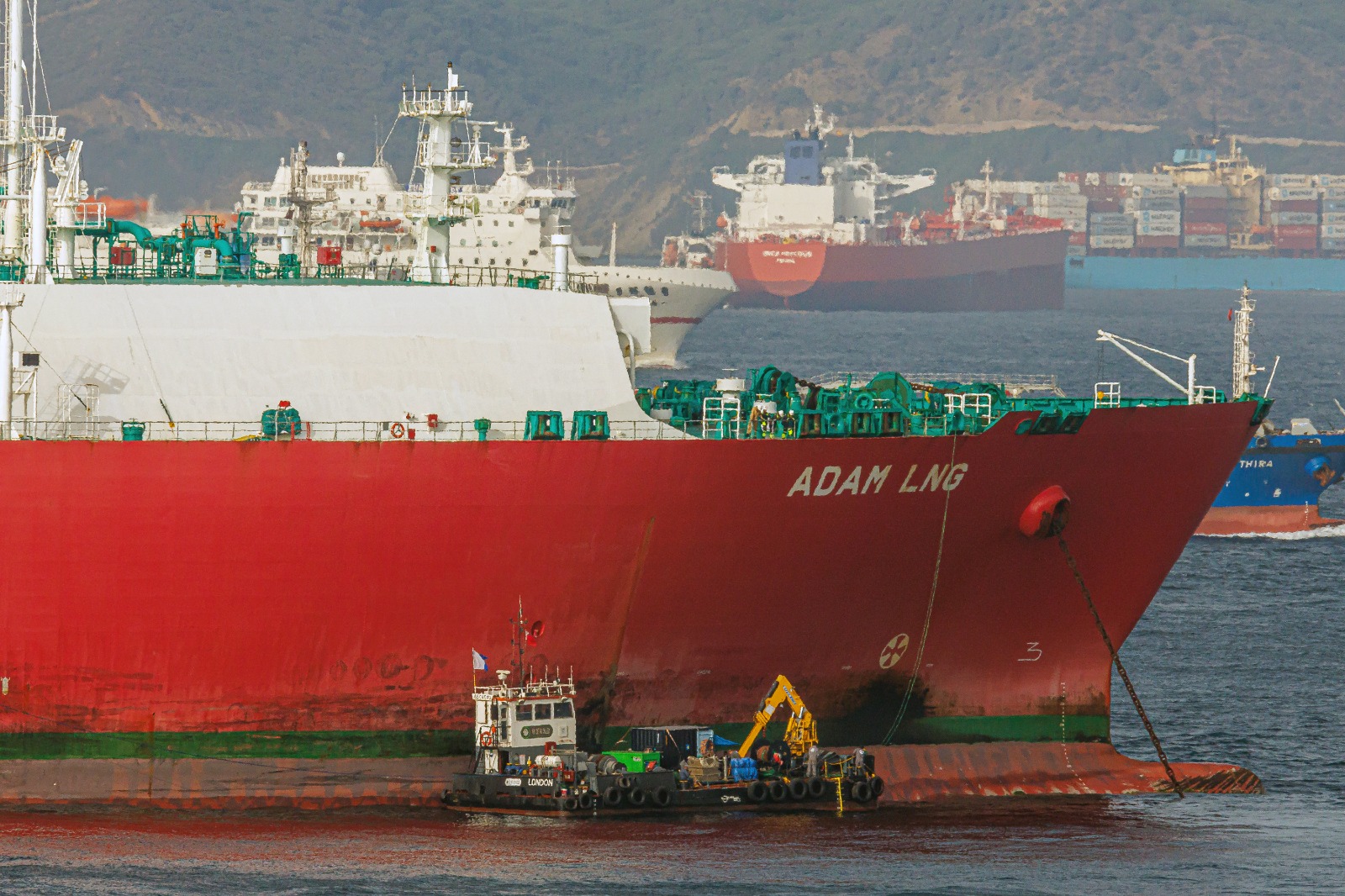 The Adam LNG is a 2014-built, 105,975 gross tonne LNG carrier flagged in the Marshall Islands and operated by Muscat-based Oman Ship Management.

In a statement, the company said its ship had been at anchor at the time of the collision. The Adam LNG remains at anchor in the bay as inspection work continues.

"Adam LNG, which is in ballast, suffered damage to the bulbous bow, but no injury, water ingress or pollution is reported," the company said. 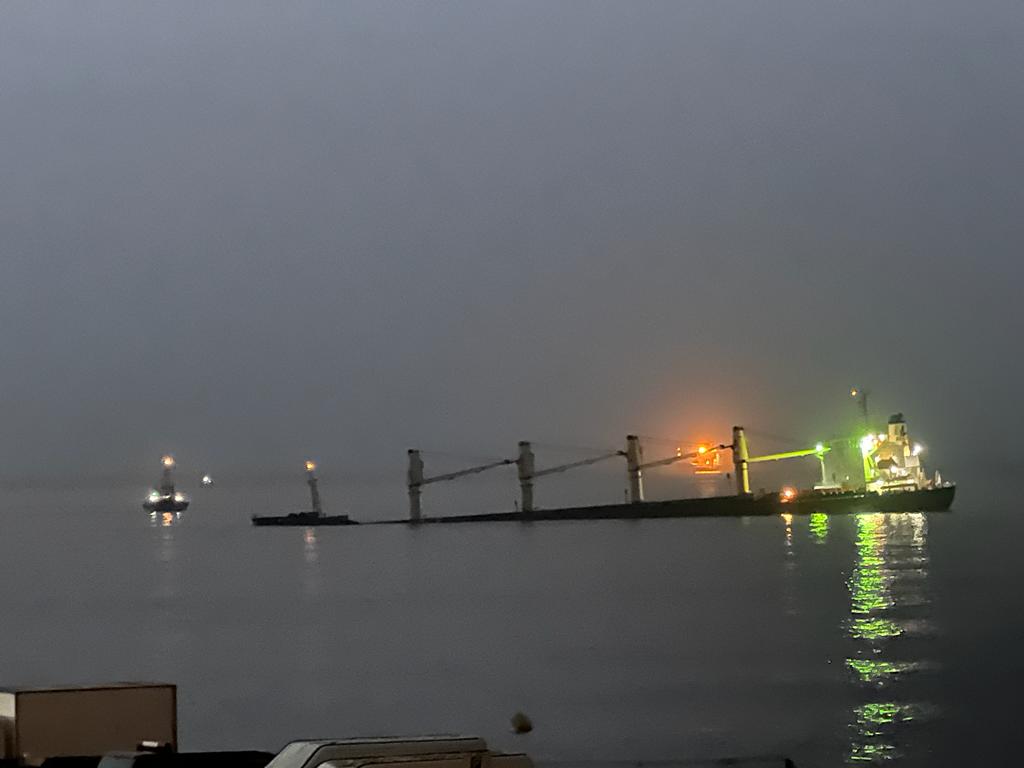 The OS 35 is a 1999-built, 20,947 gross tonne bulk carrier flagged in Tuvalu and operated by Piraeus-based Oldstone Management, according to Equasis shipping database.

It was carrying 24 crew at the time of the collision, all of whom are currently still on board at the request of the captain of the vessel.

According to the Captain of the Port, there is “little to no risk” to human life. A Gibraltar Pilot on board the vessel disembarked safely in the early hours. 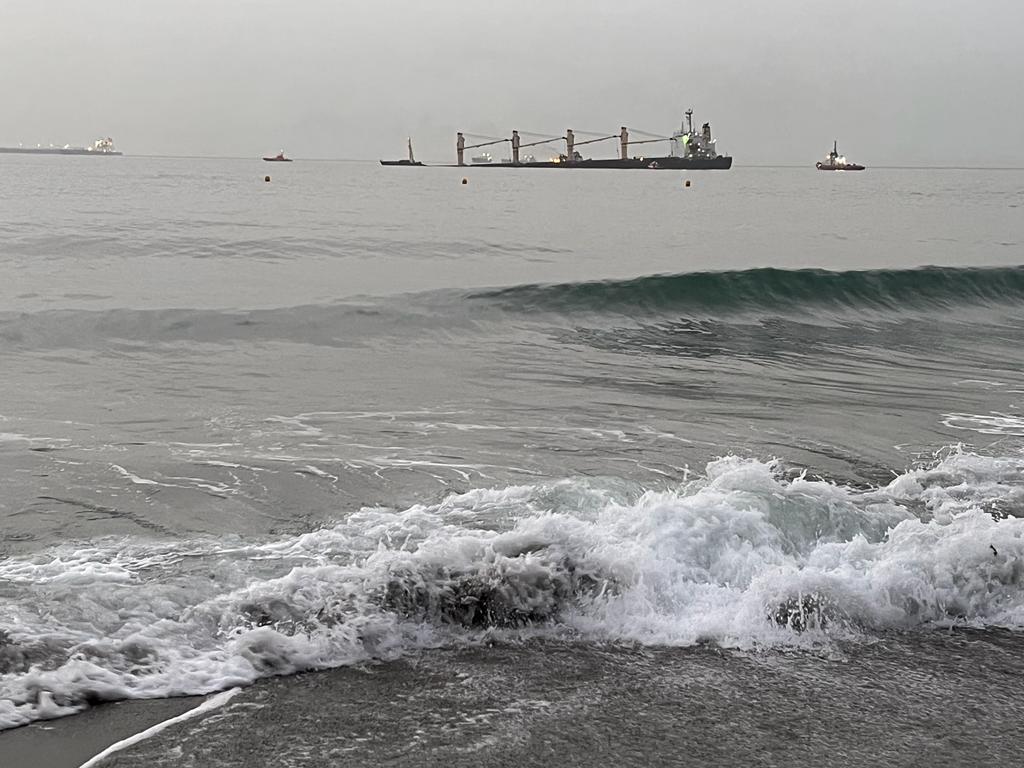 The situation is constantly being assessed by the Gibraltar Port Authority.

"A specialist team of marine salvors from the Netherlands is due to arrive in Gibraltar early this afternoon to conduct a full on-site assessment immediately on their arrival," the Government said.

"The Government is advised that weather conditions are forecast to be good in the coming days, which will assist in operations moving forward."

"The Gibraltar Port Authority currently has 2 tugs and 3 service craft deployed to the scene, assisted by Salvamento Maritimo, and are ready to react to any incident that may develop."

"The Port of Algeciras is working in close coordination with the Gibraltar Port Authority, and has also been authorised to deploy assets, including a Salvamento Maritimo helicopter to undertake an aerial survey of the OS 35." 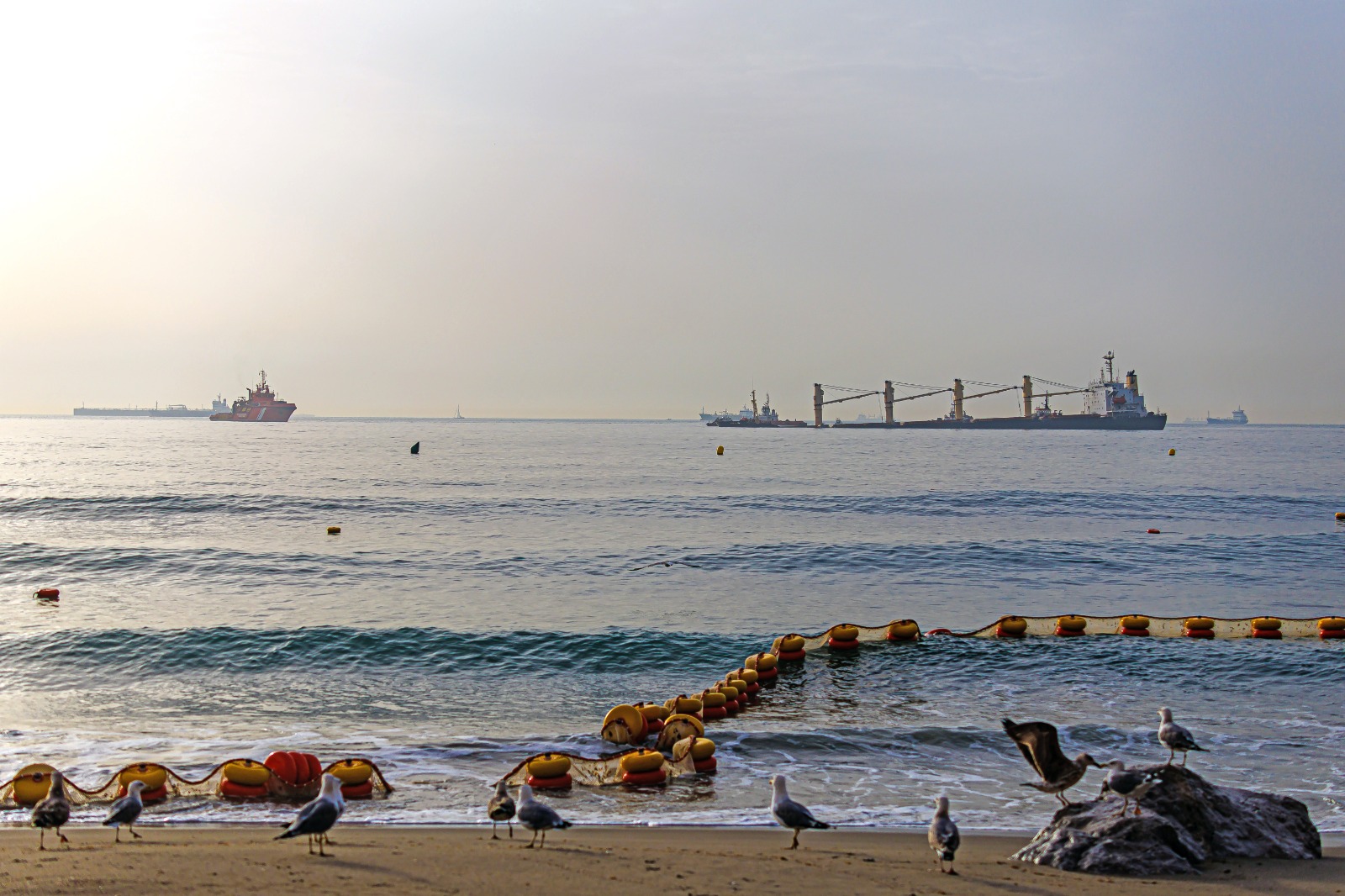 The Gibraltar Contingency Council was convened in the early hours of Tuesday and the Governor, the Chief Minister and the Minister for the Port were being continuously briefed by the Caption of the Port at the Port Office on the latest situation. 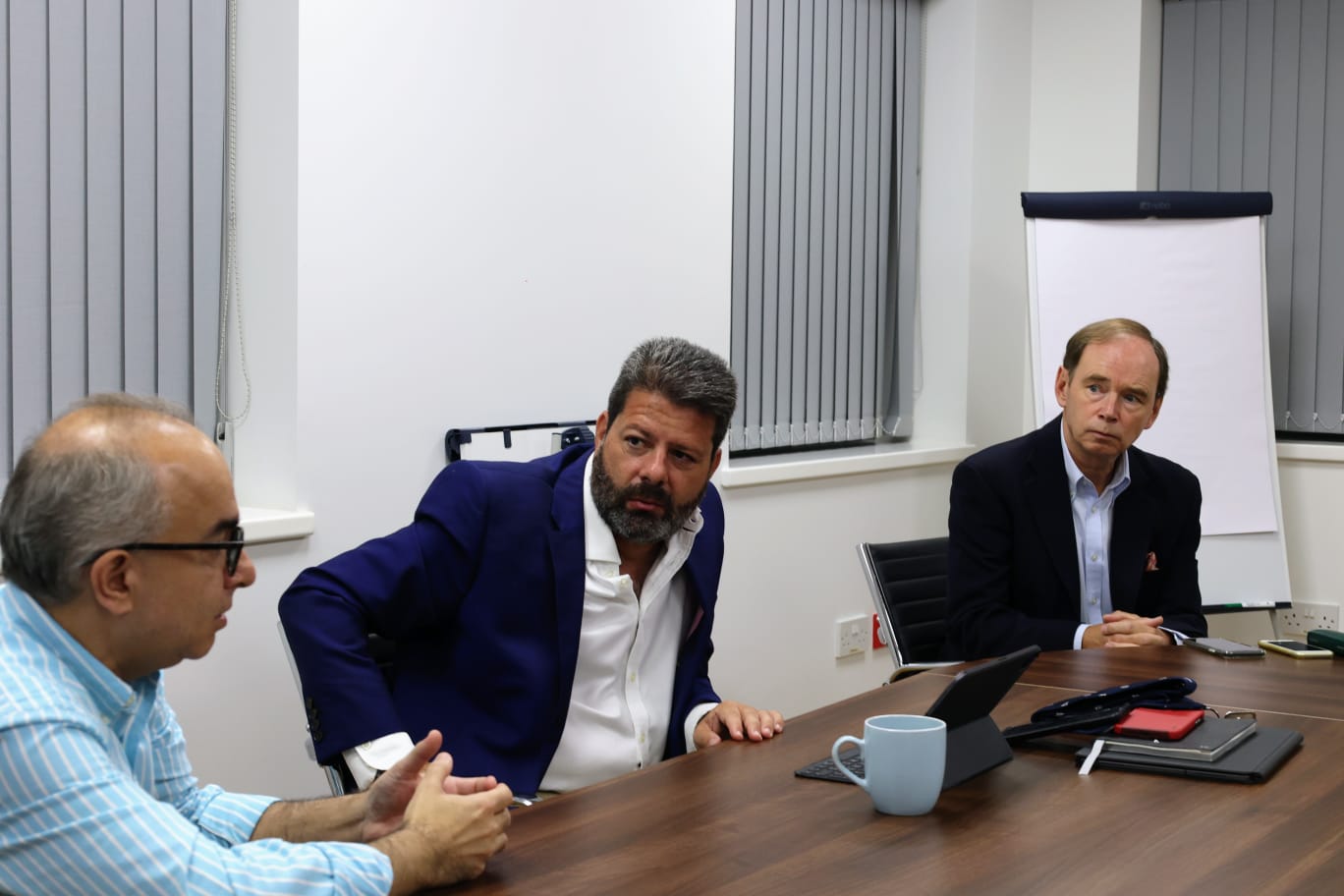 The Chief Minister also contacted the Leader of the Opposition to brief him on the latest developments.

All port operations were suspended by the Gibraltar Port Authority during the initial stages of the operation for approximately four hours but Gibraltar Port has now fully reopened for all activity.