There are various flooded caves in Spain, but one that stands out to divers, is the famous ‘Cueva Del Agua’ (Cave of the Water), located in the Mediterranean Coastal town of Isla Plana, province of Murcia.

These caves have formed by the corrosion of limestone from rainwater during millions of years, the passages and chambers have then flooded with rain water over time, and now form an underwater cave system, a hot spring. 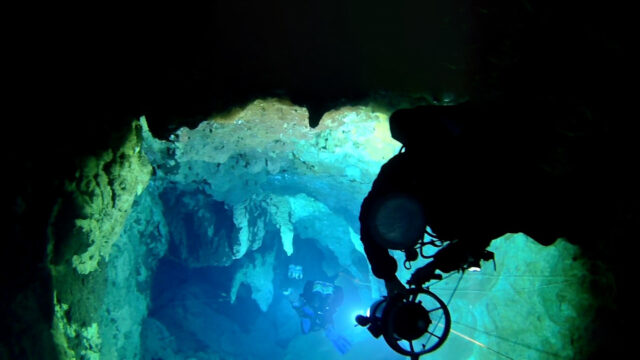 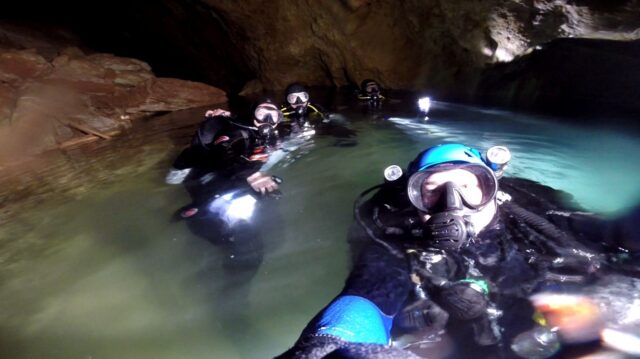 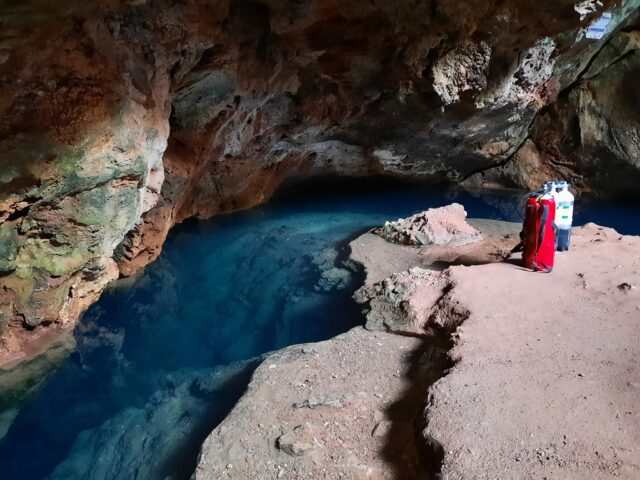 The cave has been explored since 1974. Explorations are still ongoing with some 6.6 kilometres of passages and chambers discovered to date. The explorers believe the cave connects to a nearby cave system called ‘Sima Hornos’. One day, we will see if they achieve the discovery of this connection. It is common to see different cave systems connect, as can be seen in Mexico for example.

Originally the cave was thought to be just over 800 metres long, but a small hole at the “end” was widened by explorer Juan Sánchez and his team, exposing another few kilometres of passage behind this. Different chambers and passages have been given names by explorers, this widen hole is famously known to cave divers as the ‘Paso De Juan Sánchez’.

A group of us here from Gibraltar, have been spending the last year and a half going back and forth to Murcia, for cave diver training and to explore the cave bit by bit. We have only touched the tip of the ice berg as they say, as we still have a lot left to see. The group is made up of Martin Candeas, Vinod Khiani and myself, together with expert cave diving guide Simone Nägele.

Cave Diving is a specialised sports in itself, and extensive training in this field needs to take place before a diver can enjoy this type of diving. Hundreds of deaths have occurred in caves such as these, with the main reason being the divers were not cave diver trained. Open Water Scuba Diving Instructors are amongst the highest statics in these deaths. In Cueva Del Agua an Open Water Scuba Instructor lost his life in 2010, and a few years before in 1996, two GEAS divers (Guardia Civil). The scuba kit of one of these divers, can still be seen, lying on the cave floor, some 200 metres inside the cave, a reminder to us all, of the risks cave diving entails. It is a weird coincidence that all three divers were called Antonio!

Divers in Gibraltar had previously dived the Silent Pool Underwater Cave, many years ago, without any specialised Cave Diver training, but in comparison, we are talking about a 100 metre long “tube” compared to a complete labyrinth of passages in Cueva Del Agua, thousands of kilometres in length!

Exploration of the cave must be done in very slow steady steps. We recently came back from a weekend trip away in which we had reach the old “end of the cave” at 860M where the ‘Paso De Juan Sánchez’ is and also, a large 800 metre air bubble exists. The oxygen percent is low and carbon dioxide high, so we cannot remove our regulators from our mouths, we must continue breathing from our tanks here! We used Diver Propulsion Vehicles to assist us reaching this distance safely, together with extra tanks of gas, a total of 3 tanks per diver. 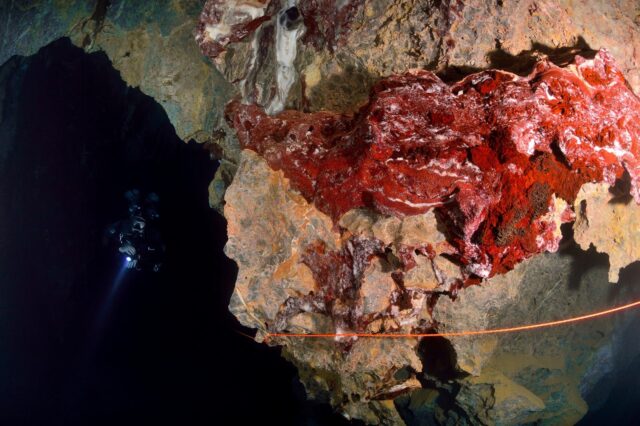 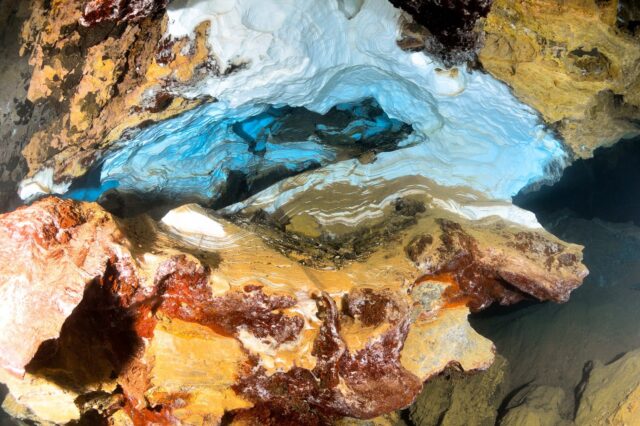 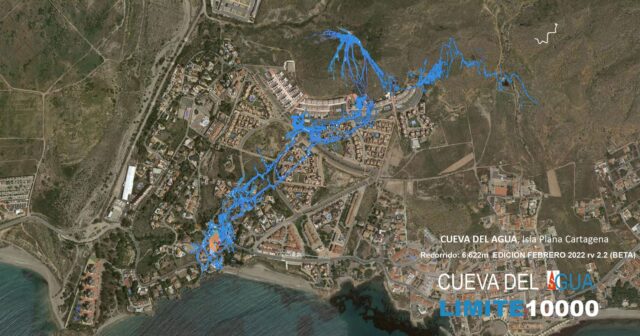 This was possible by recording data on each subsequent dive, recording the distance and consumption of gas to each ‘way point’ or chamber. With a total of about 20 to 25 dives in the cave before we reached this great achievement to the Air Bubble and ‘Paso’ at 860m.
With so many dives in the same cave, we are still not bored, we have so much to see yet! We cannot wait to head back soon and explore some more chambers and passages.

To read more about Shaun's travels and diving expeditions check out his blog: www.shaunyeophotography.com