Honours and Awards held at The Tower, HM Naval Base. 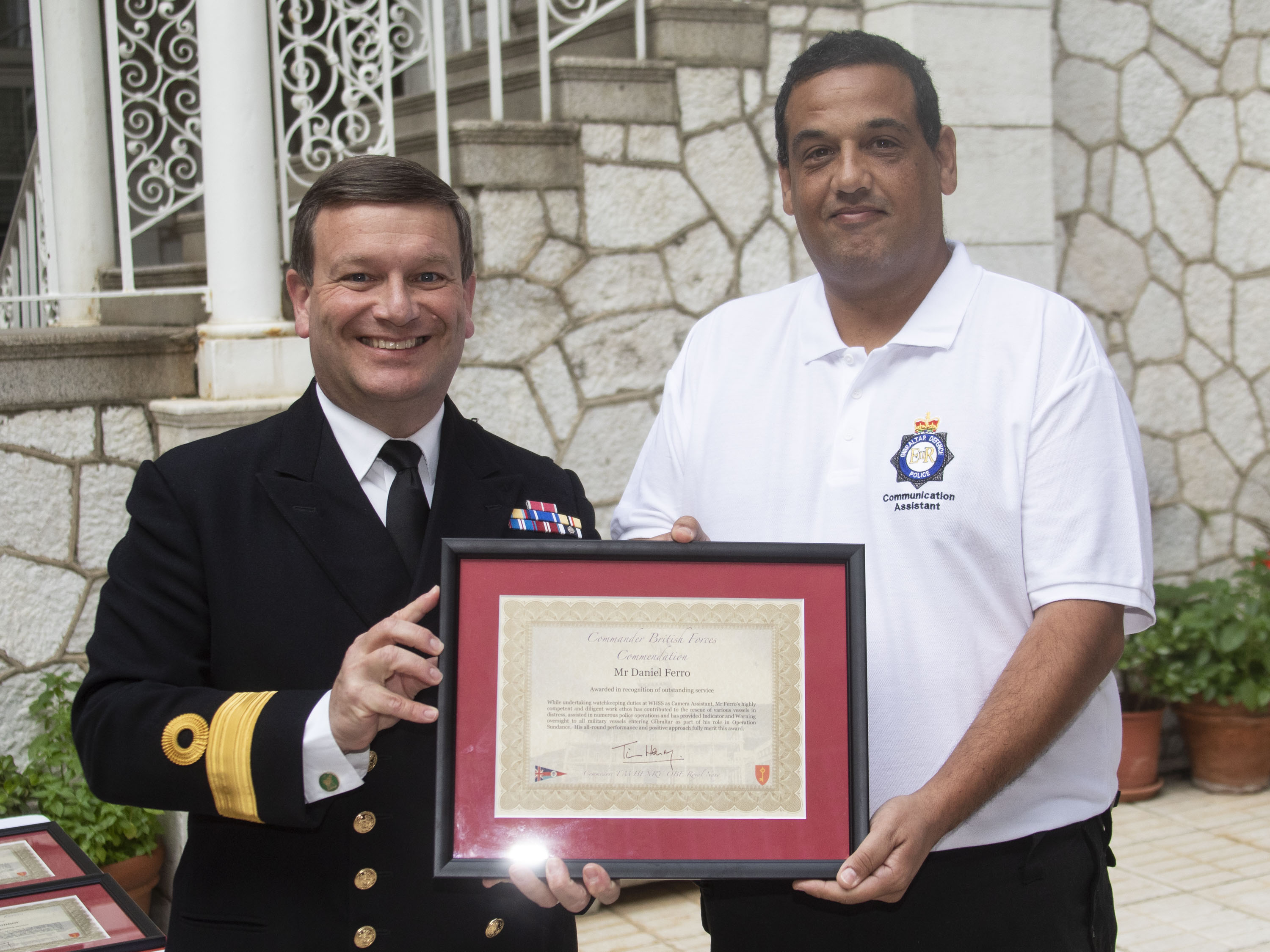 Daniel Ferro works at Windmill Hill Signal Station as a Communications Assistant in the Gibraltar Defence Police.
Mr Ferro received a CBF commendation for his consistent delivery of work to the highest professional standard, providing oversight of British Gibraltar Territorial Waters and the Strait of Gibraltar.
During his time at WHSS Mr Ferro's diligent work and knowledge of local waters has aided the rescue of several vessels in distress and contributed to the continued sovereignty and security of Gibraltar. His competence and strong work ethic have earned him the utmost respect of police, military and civilian work colleagues. 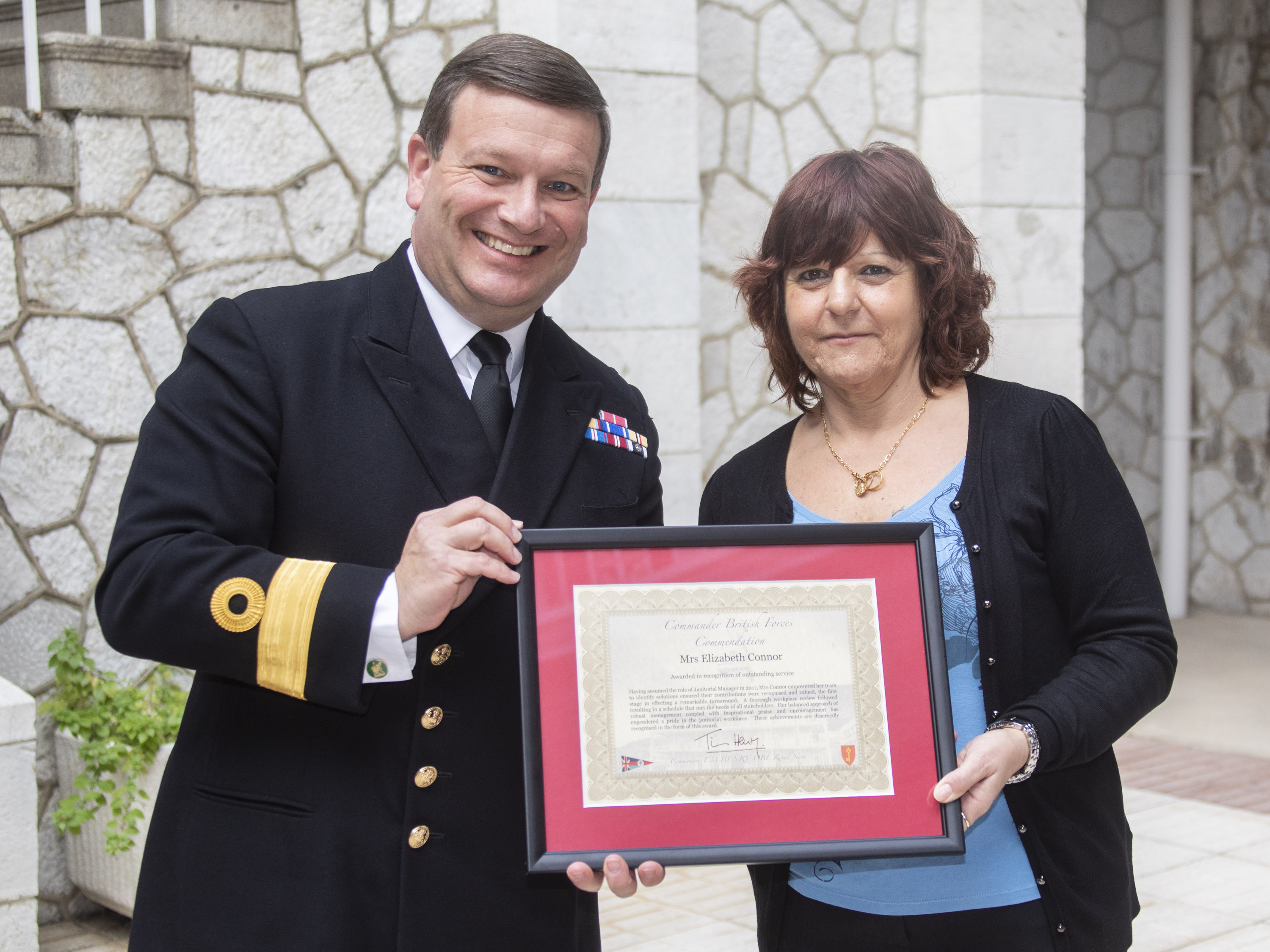 Ms Connor was appointed as Janitorial Manager in Apr 17, following the implementation of the British Forces Gibraltar Operating Model. The janitorial team had been reduced in size and business priorities had changed, resulting in a sense of uncertainty amongst the workforce. Providing strong leadership and direction, Ms Connor demonstrated excellent people management skills and provided continued reassurance that their work remained essential in supporting BF Gibraltar outputs.
Ms Connor has proven inspirational in her role, encouraging her teams to work more efficiently and effectively, praising good output and ensuring that all individual contributions are valued. Ms Connor has transformed the Janitorial team to become customer focused; under her leadership, the team are delivering tangible improvements that have been widely acknowledged across the MoD Gibraltar estate. 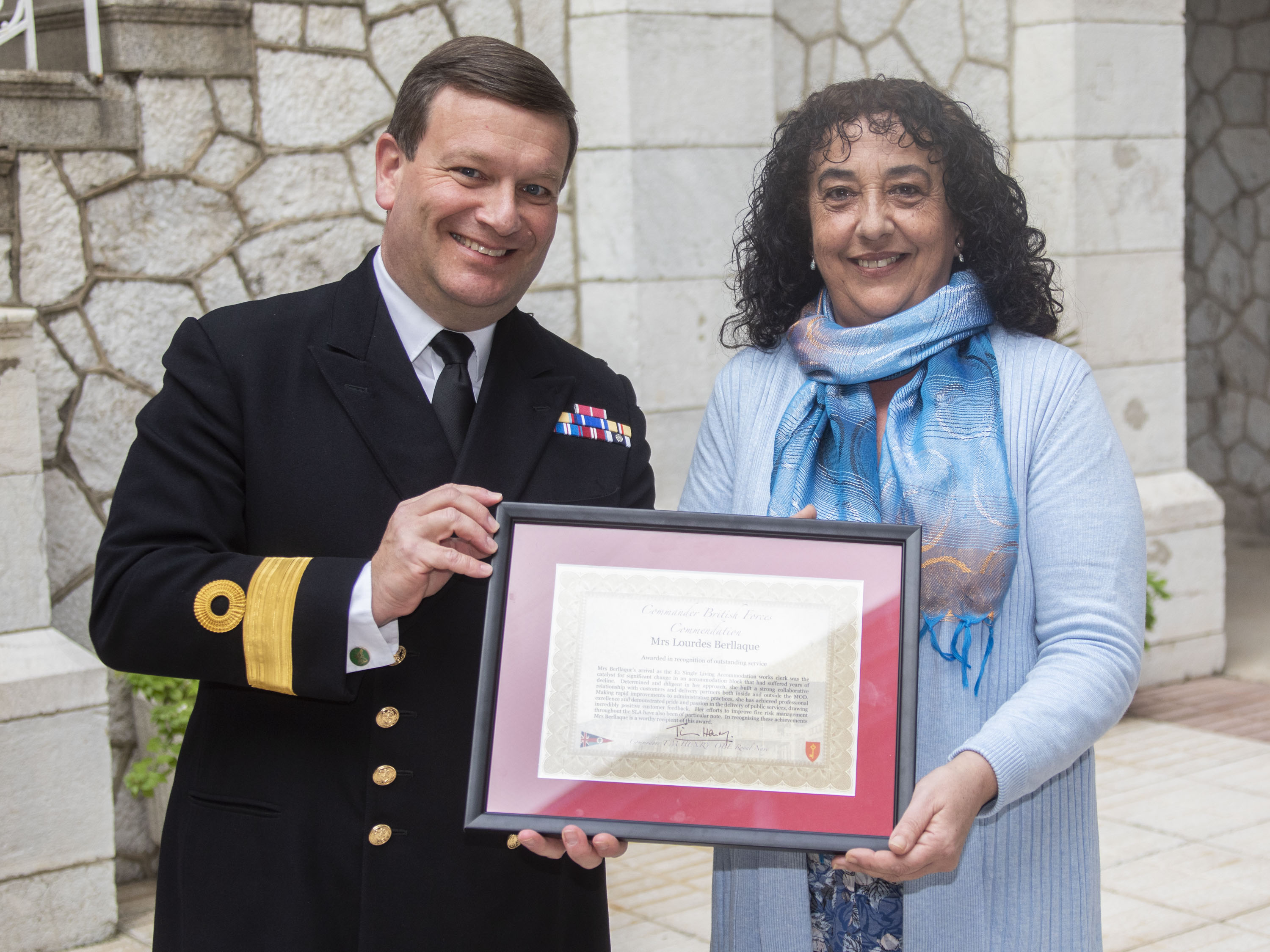 Ms Berllaque joined the Single Living Accommodation (SLA) team in July 2018. Ms Berllaque took personal responsibility for the management of infrastructure repair works; she worked in an organised and enthusiastic manner, improving processes and procedures to deliver business objectives in a more effective manner. Ms Berallque acted as a focal point and coordinated activity in a highly efficient manner, ensuring that individual tasks were completed within the prescribed timeline and to a high standard.
Ms Berllaque’s arrival as the SLA works clerk was a catalyst for significant change and delivery of improvements within the accommodation block. Determined and diligent in her approach, she built a strong collaborative relationship with customers and delivery partners both inside and outside the MOD; making rapid improvements to administrative practices, she has achieved professional excellence and demonstrated pride and passion in the delivery of public services, drawing incredibly positive customer feedback. 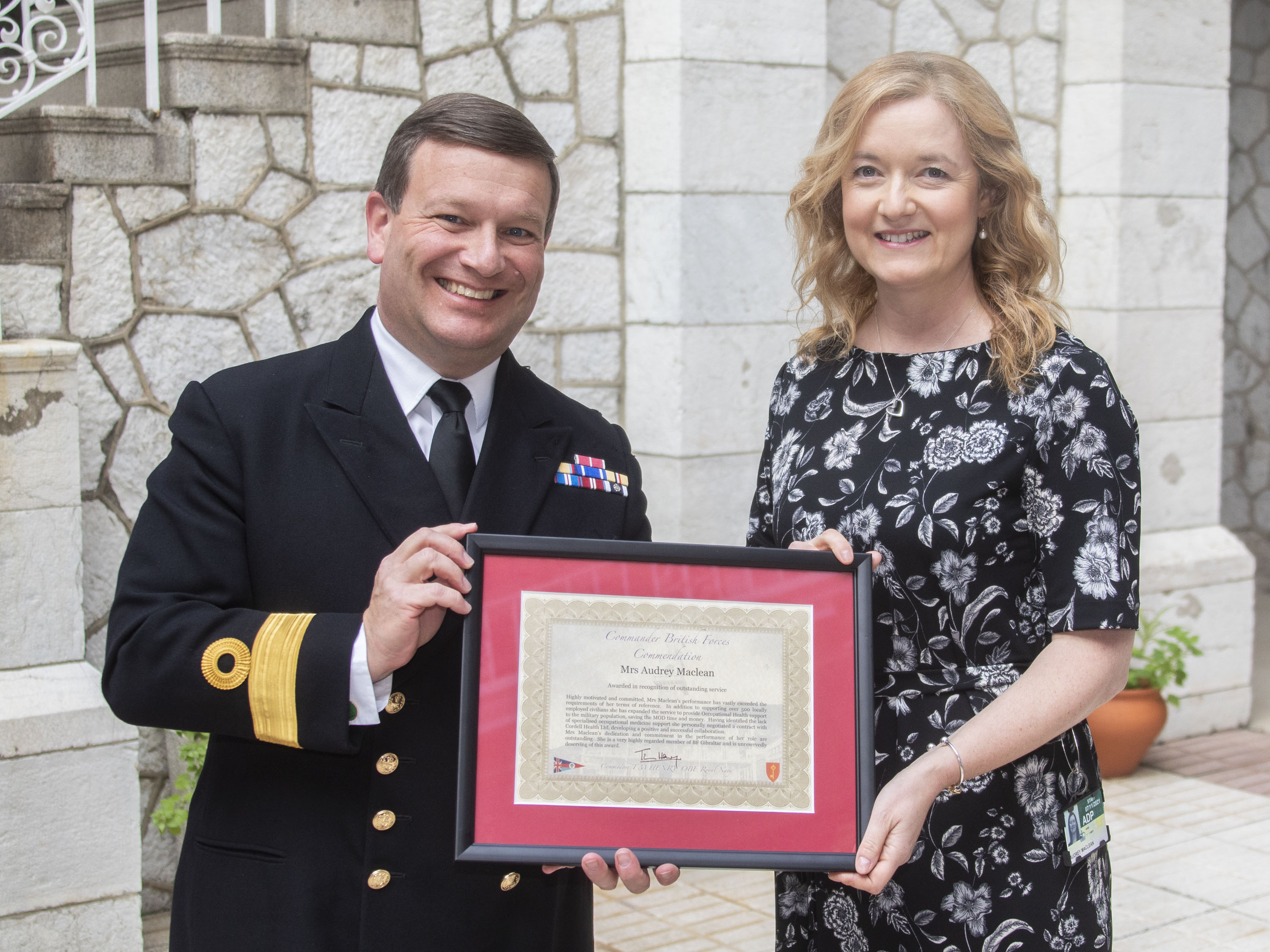 Highly motivated and committed, Mrs Maclean’s performance has vastly exceeded the requirements of her terms of reference. In addition to supporting over 500 locally employed civilians she has expanded the service to provide Occupational Health support to the military population, saving the MOD time and money. Having identified the lack of specialised occupational medicine support she personally negotiated a contract with Cordell Health Ltd, developing a positive and successful collaboration.
Mrs Maclean’s dedication and commitment in the performance of her role are outstanding. She is a very highly regarded member of BF Gibraltar and is unreservedly deserving of this award.
The awards ceremony was attended by friends and family members of those receiving the awards.