Rolling Stones guitarist Ronnie Wood and his wife Sally with daughters Gracie and Alice , alongside artist Hannah Shergold during the launch of the Tusk Lion trail at Piccadilly Circus in London. Picture date: Tuesday August 10, 2021.

By Gemma Bradley, PA
Life-sized lion sculptures designed by celebrities including Ronnie Wood and Noel Fielding are now on display in UK cities as part of a global art installation.

The Tusk Lion Trail aims to raise awareness about threats to the animal’s existence and conservation efforts to help the species.

It has been set up by UK conservation charity Tusk, which has the Duke of Cambridge as its patron. 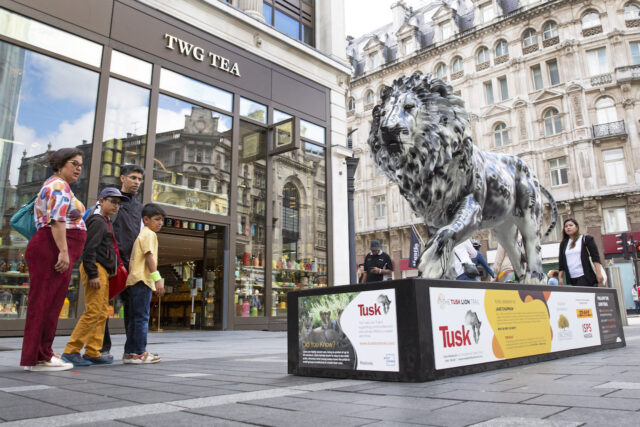 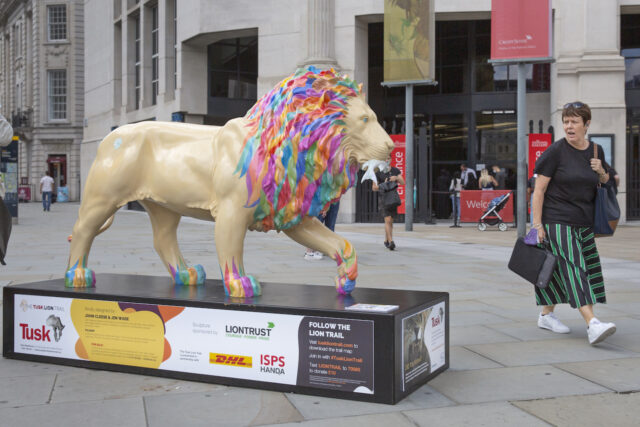 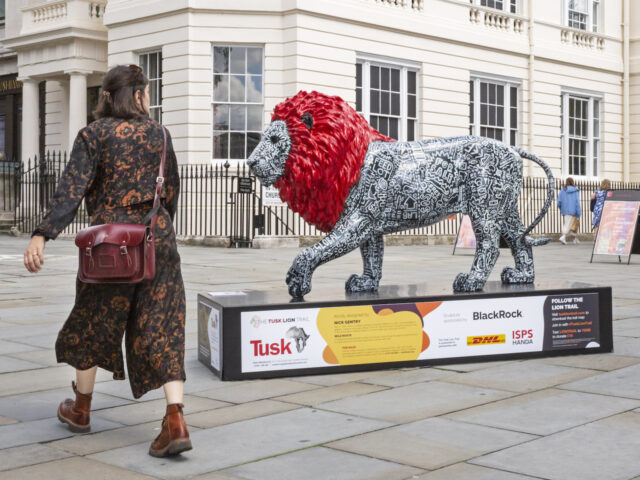 In total, 47 sculptures created by celebrities and artists have been placed on streets in cities around the world, including London, Edinburgh and Bristol in the UK as well as The Hamptons in New York, Sydney, Wellington and Nairobi.

The charity worked with curator Chris Westbrook who brought together people from the world of art, design, film, theatre and comedy.

According to the International Union for Conservation of Nature (IUCN) red list of threatened species, the population of lions is decreasing and the species is classed as “vulnerable”.

Each sculpture aims to highlight a different important element of the lion, and to raise awareness for conservation efforts for the animal across the world.

London is home to 27 sculptures, based at various landmarks around the capital – including Piccadilly Circus, Trafalgar Square and Covent Garden.

The public is being encouraged to use physical and digital maps to follow a trail and “collect” each lion as they pass it. The maps can be found at tuskliontrail.com.

The Pride of Lions sculptures are on display until the end of September, and those based in the UK will be sold at auction in London in November to raise money for Tusk’s work in Africa. 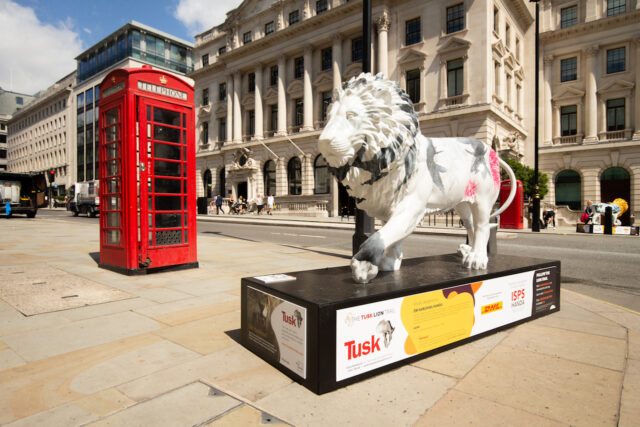 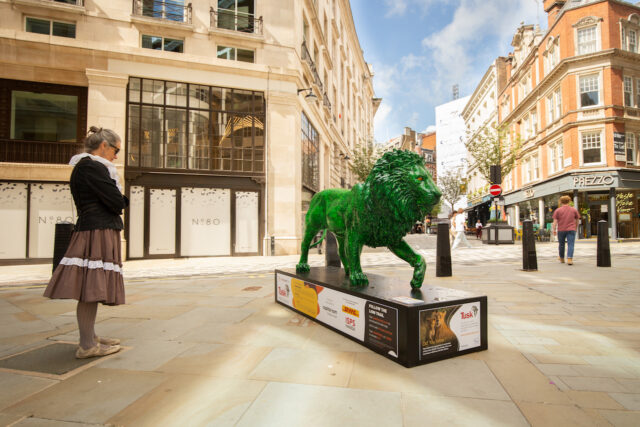 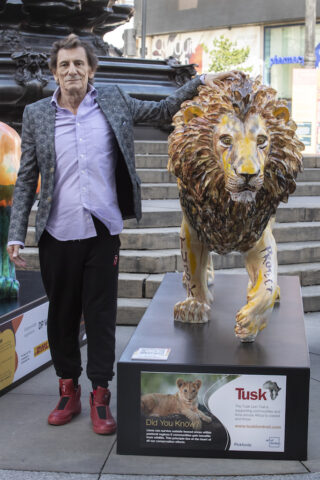 Roy Hughes, executive vice president of network operations for Europe at DHL – which is sponsoring the trail – said seeing the sculptures “lining the streets of iconic locations across the globe for the masses to see ahead of the auction fills us with pride”.

Tusk previously raised £750,000 with its Rhino Trail in 2018, and is hoping to surpass this with the Lion Trail.
The charity says its mission is to “amplify the impact of progressive conservation initiatives across Africa”.