The Gibraltar Government yesterday outlined another massive programme of affordable home building which will see more than 1,600 new properties for Gibraltarians constructed across three developments.

The three new projects will be situated on the eastside, Waterport Road and Europort Avenue and will see 1,500 flats, terraced housing and semi-detached houses built.

Additionally, 160 former Ministry of Defence homes will pass to the Government as part of the MoD land transfer agreement which will then be sold by the Government.

Yesterday’s announcement represents a side-step from the plans initially unveiled in 2015 whilst still providing a major boost to the Government’s house-building programme.

The process of delivering these homes will take place over a three-year period as from the summer of 2019 until the end of 2021.

The Government plans to be able to deliver the 1,600 new affordable properties to “eligible residents” of Gibraltar and the projects will go through the planning process in the usual way.

The plans were unveiled by the Chief Minister, Fabian Picardo, who was flanked by the Deputy Chief Minister Dr Joseph Garcia and Minister for Housing Samantha Sacramento at a press conference at No. 6 Convent Place.

Mr Picardo explained that Hassan Centenary Terraces has been modified from what had originally been envisaged and is to be sited in a different location on the eastside development.

“There have been delays in the Bluewater project and it has therefore been decided by the Government that such delays should not have a consequent delay on the new affordable housing schemes which are earmarked for this plot,” he said.

The new scheme will therefore be different to that which was previously announced because the technical requirements of the previous location involved “major road re-alignment and extensive geotechnical works” that are part of the eastside development.

Bob Peliza Mews will now be located at Waterport on the site of the current Waterport Power station.

“The relocation of this affordable development arises from certain aspects of the Government’s education project which are require more extensive relocations than previously envisaged,” Mr Picardo explained.

This estate will continue to incorporate the current Scouts and Duke of Edinburgh Scheme headquarters and will have the new bathing pavilion on its doorstep.

It will be on the frontline of the Harbour with sea views.

A third new affordable home is planned for Europort Avenue and has the potential to provide a further 400 flats in the “prime town centre location”.

The government has prepared cost estimates for each of the estates but declined to provide figures ahead of a competitive process to seek quotes for the building works.

The announcement was live-streamed on social media by the Government and attracted some 500 unique viewers. 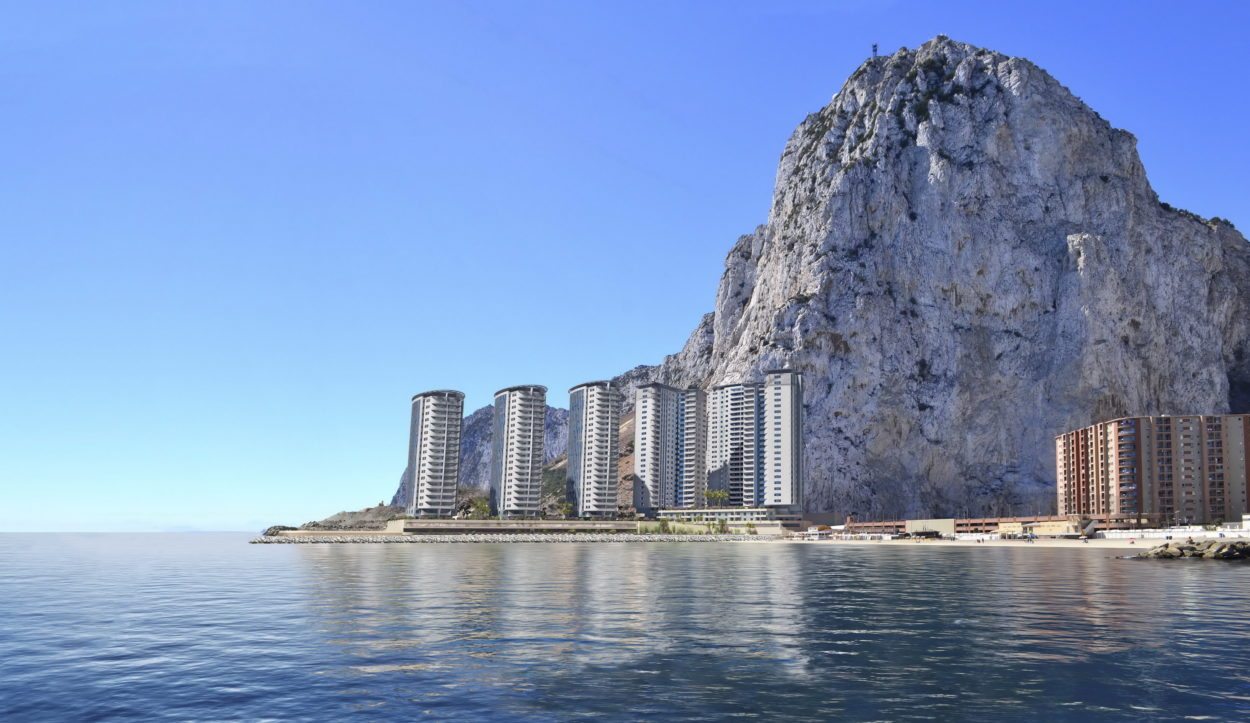 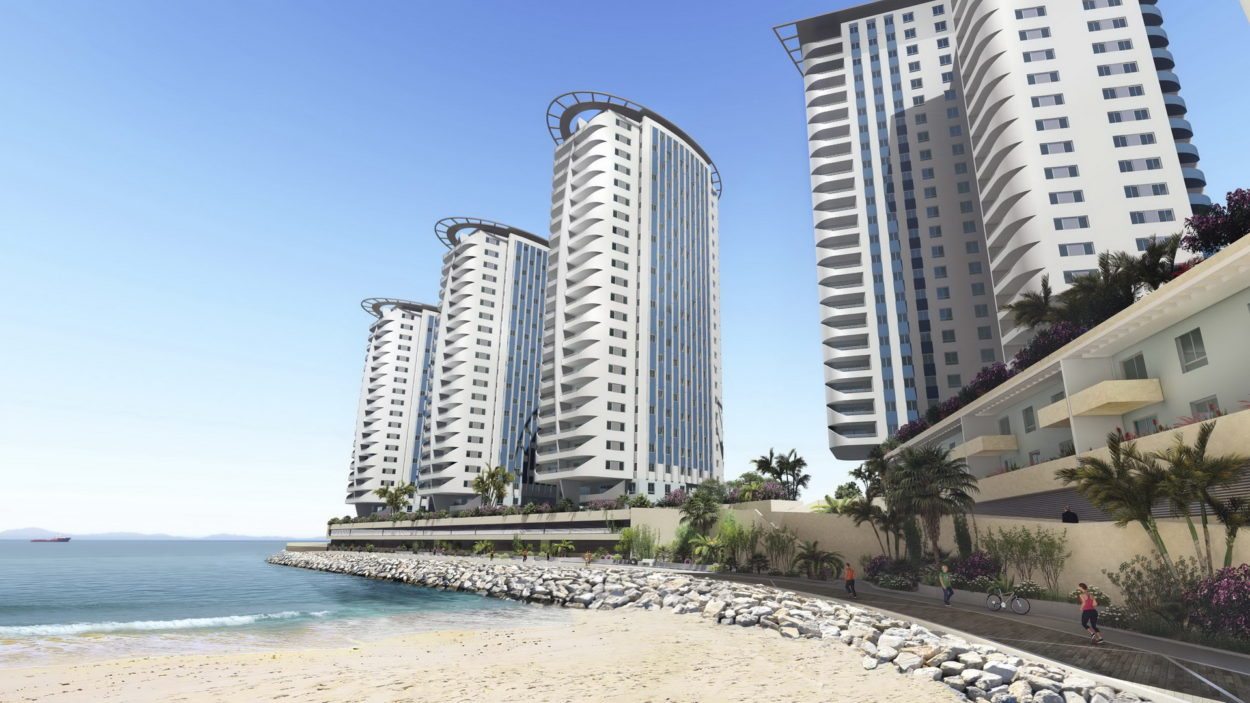 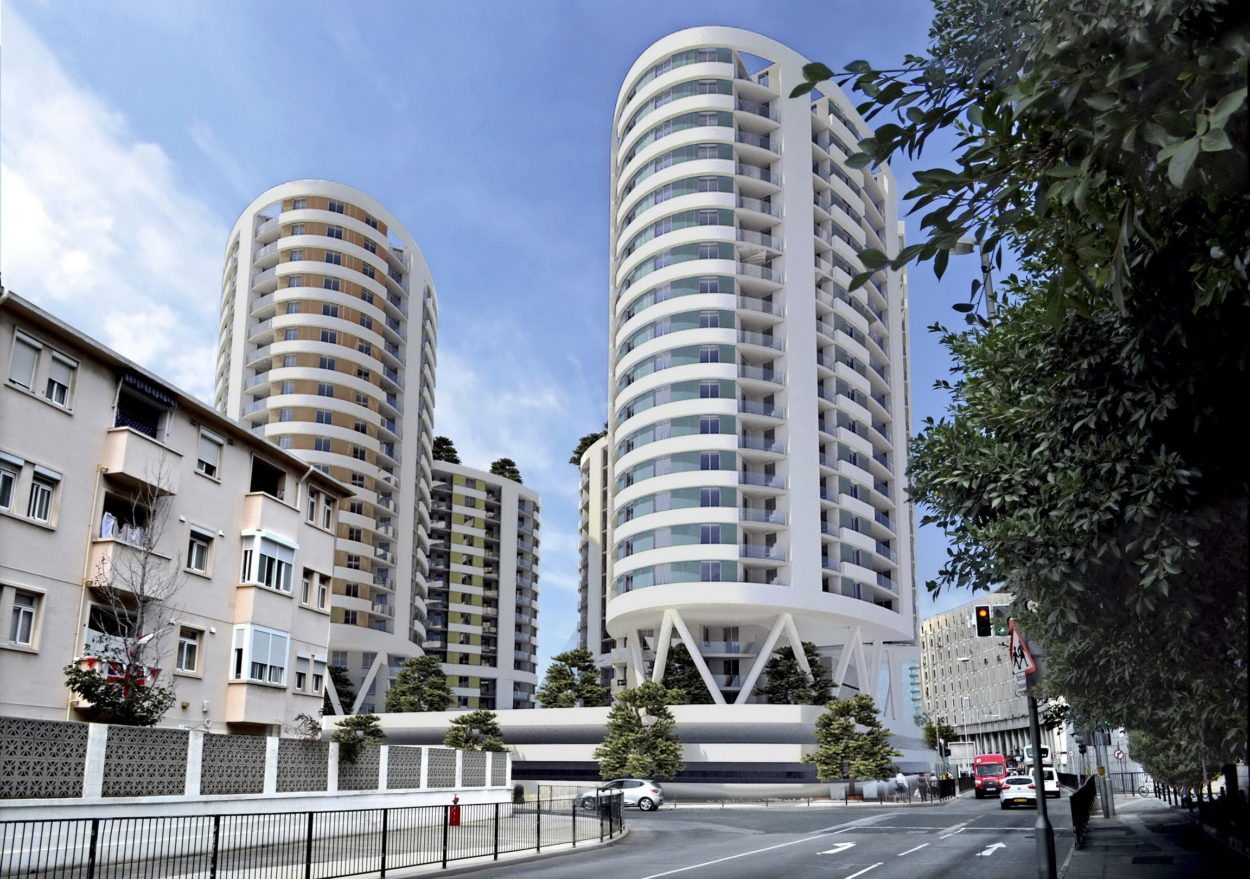 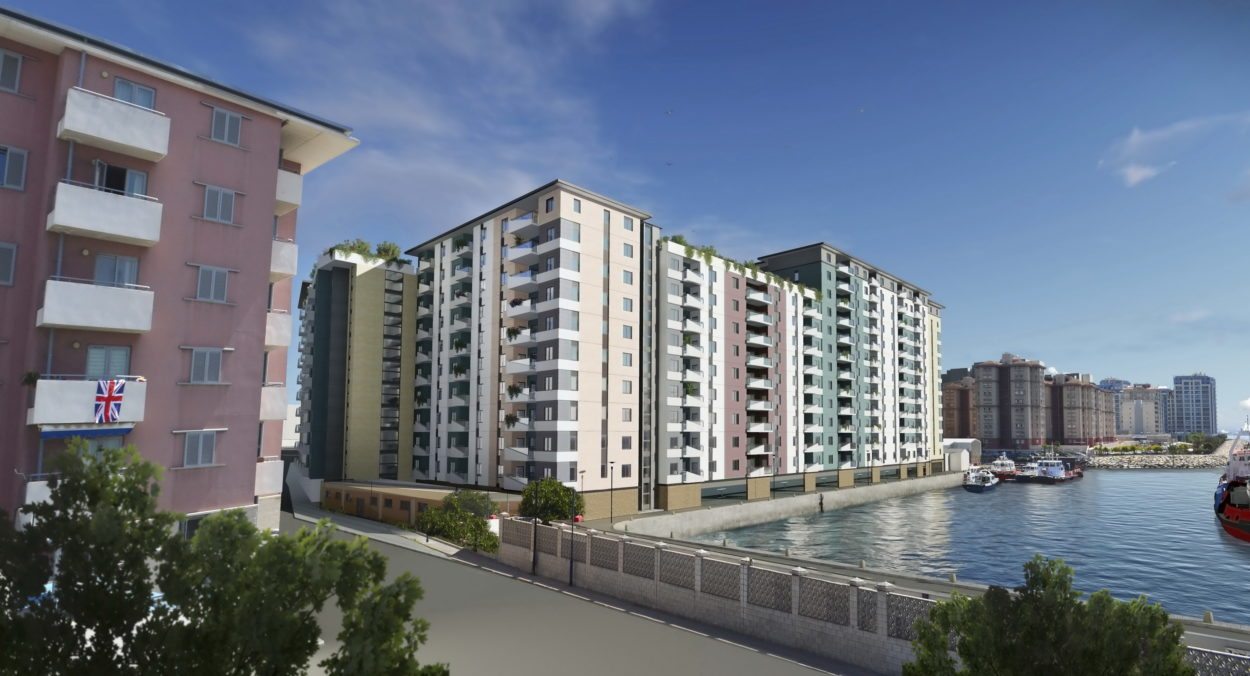 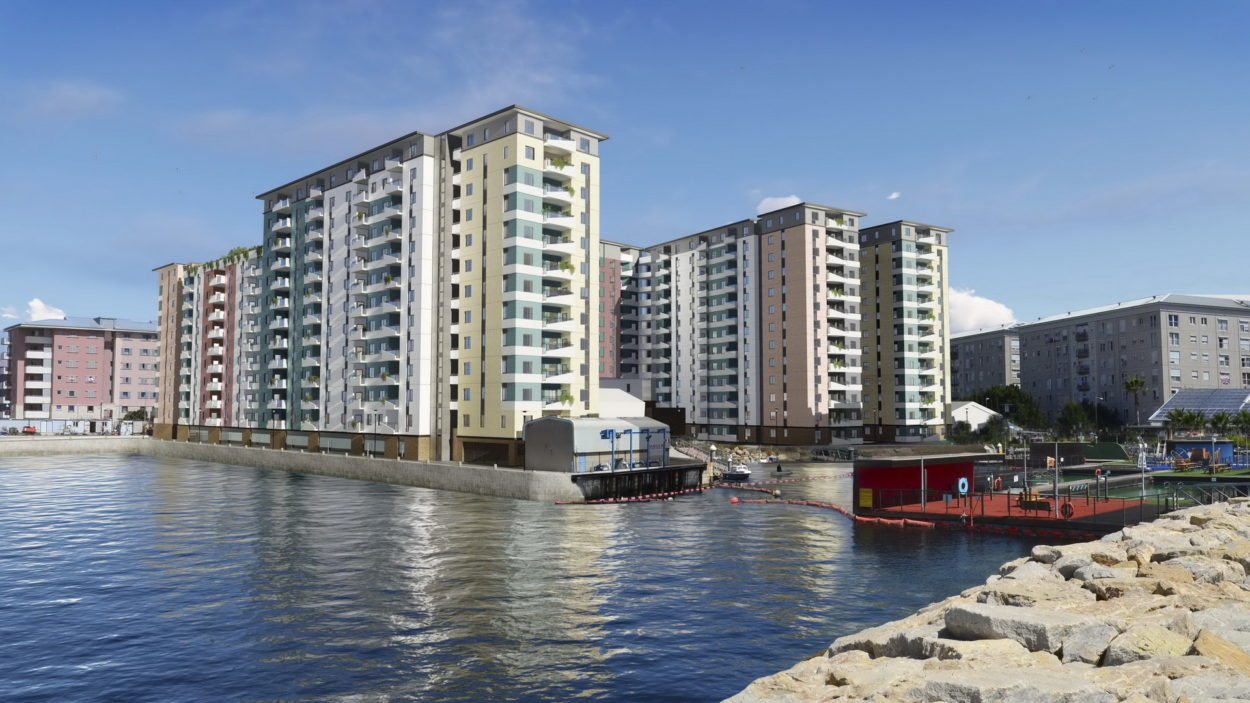 MOD PROPERTIES
The lands agreement, which was concluded between the MoD and the Gibraltar Government in July 2011 provided for the construction of new homes for the MoD at Four Corners in exchange for the release of existing MoD accommodation to the Government.

In line with that agreement, MoD accommodation in the South District including the Europa Walks, Trafalgar Heights, Naval Hospital Hill and Lake Ramp, Provost Ramp and Phillimore Ramp at Buena Vista Estate will be handed over to the Government.
It is expected that all these properties will be transferred to the Government in early 2019.

Thereafter they will initially be used to provide accommodation for athletes who will participate in the Island Games.

Tenders or Expressions of Interest for these properties will be opened during the course of this calendar year with an expectation of completion starting in August 2019.

The Government is in the process of preparing a brochure outlining all the opportunities available and a more detailed announcement will be made in due course.

Mr Picardo said: “The provision of housing that is affordable is of course an essential part of the strengthening and growth of our nation and has therefore always been a priority for our GSLP/Liberal administration.”

“We have a proven track record and have already delivered in numbers and quality.”

“We are committed to continue to provide for our community and will continue to do so with homes that are affordable and I am delighted to announce the next phase of our forthcoming projects.”

“Hassan Centenary Terraces will provide spectacular aesthetics at the entrance to the East side development and will be the first estate to be delivered.”

“We will phase the completion of the remaining estates thereafter so that there will be a continuous supply of accommodation.”
“Similarly, we will be seeing the remaining jewels on the MOD property crown being delivered to us in 2019.”

“The Minister for Housing will lead on the details and specifications of the new affordable homes to ensure that we properly cater for the housing demand. Land Property Services and GRP, under the Deputy Chief Minister, will lead on the MOD housing as has been the case in the past.”

Dr Garcia said: “The Government has, over the years, put on the market a number of former MOD properties out to tender and these have been allocated to the highest bidders in each case.”

“There has been considerable demand for such properties in the past and the Government expects that it will be no different with the units that we will be advertising shortly.”

“There are many instances where the release of former MOD residential units has allowed movement up the property ladder with accommodation being released further down the scale.”

“The Government decided to combine the announcements of the release of MoD accommodation with the new housing schemes so that interested parties are aware of the different options.”

“The development of these new housing schemes will be phased to ensure that there is continuity in the provision and everyone will be aware of what will be available in the coming years.”

Ms Sacramento said: “I have seen the damage that historic lack of housing causes in our community as well as the joy of seeing families move into new and high quality homes in the last couple of years.”

“I am glad to be part of a Government that has addressed this issue in a way that is unprecedented.”

“In addition, of course, the natural consequence of the allocation procedure will be that there will be a substantial release of Government rental housing stock and this will have a positive effect on the waiting lists for rental housing.”