A Royal Navy and Royal Marines Charity Champion has been in Gibraltar to give inspirational talks to British Forces personnel stationed on the Rock.

This was a chance for Gibraltar Squadron to thank the charity for grants which in the last year have supported the squadron in improvements to the outside family area, operational welfare support grant and funding for “Sailor of the Month” awards.

Mr Gibbs briefed personnel on key issues the charity is involved in going forward and talked about the positives of Pay Roll Giving and Legacy Giving to support the charity. 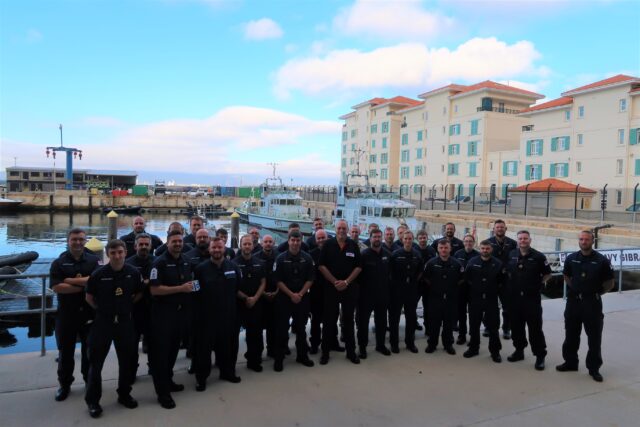 Mr Gibbs went on to thank the Commander British Forces Gibraltar and the Senior Royal Navy Warrant Officer for the invitation.

“It has been an honour to visit Gibraltar and spread the great work of the Royal Navy and Royal Marines Charity, especially to see how it is improving the lives of serving personnel and their families on the Rock,” he said.

“I would like to thank the Commanding Officer Gibraltar Squadron and the Staff Executive Officer for showing me around and looking at possible options the charity could be utilised to improve the time the sailors spend on the waterside.”