Charity in times of Covid

Covid-19 has hit charities hard this year. Restrictions arising from the public health pandemic have disrupted many charitable fund-raising events that were fixtures in Gibraltar’s social calendar.

The absence of fundraising events such as flag days or stalls at events such as the Convent Christmas Fair means many charities are relying on rainy day funds, even while exploring different ways to raise donations.

In this new series, the Chronicle explores how Gibraltar’s many charities are facing up to the challenges of Covid-19.

Covid-19 affected the fundraising capabilities of the charity Breast Cancer Support Gibraltar to the tune of over £3,000 when they were unable to hold their flag day and pink party this year.

The Lunar Walk is also an annual fundraising event that had to be cancelled. However, the charity came up with an alternative.

“Instead of having the 5km walk, starting at midnight we came up with the idea of going virtual for those who were vulnerable and still at home and for those who were able to walk did it at their own time and pace during the period May 25 to June 25,” said Mercy Posso Chairperson of the charity.

“Fortunately, this year’s event raised £1,280 more than last year by donations made by individuals.”

“However, the majority of last year’s donations were made by Companies and Government Departments, which understandably they were not able to make this year,” she added.

She explained that the charity’s biggest financial issue is not being able to hold fund raising events but that it has received donations mostly from individuals and also from collection tins in different shops around Gibraltar.

“The charity would be very grateful for individuals and companies to continue donating, so that the charity may continue funding medical equipment for breast care services and the chemo suite,” said Ms Posso.

She added that donations to the GHA since the charity’s inception in 2007 to date amounts to £341,204 and donations in the same period to other entities, such as Gibraltar Community Association, Calpe House Trust and cancer charities totals £36,470.

Anyone wishing to donate can email the charity on info@breastcancergib.com or message on 58008944. 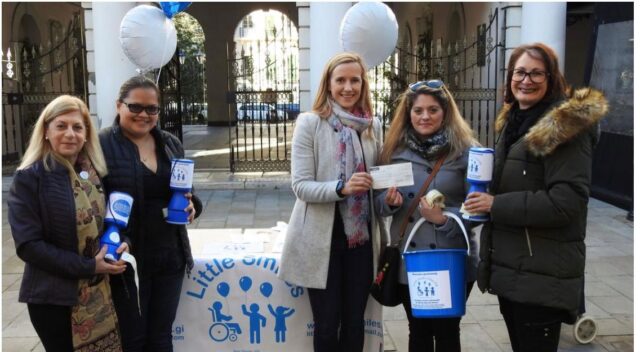 Little Smiles is a local charity that supports the students of St Martins School and Early Birds Nursery in an independent capacity.

Jenny Victory from the charity explained that this year the charity has been lucky when it comes to fundraising despite Covid. This is because MH Blands picked Little Smiles as their charity of the year and donated £5,000 to them.

“So that has really given us the push we needed this year,” she said.

“But in terms of fundraising initiatives we normally do all of them have had to be cancelled. For example the ones we would be preparing for now would be the Christmas cards we do from painting that the kids make but the charity took the decision not to sell Christmas cards because of transmission of germs because germs can live on surfaces for up to 72 hours.”

The charity often holds bake sales and a lady who make jams to sell throughout the year. They have been unable to do either this year.

“I know it is little things but every bit counts and when you add it all up it is a lot,” she said.

There is also a lady who has been knitting dolls all throughout lockdown but doesn’t “dare sell them because of transmission”.

Looking towards the future they hope to sell a lot of items once Covid is over.

Little Smiles won £8,000 in the Argus’ 70th Anniversary Competition, ‘Our Future is You’. Ms Victory explained the money would go towards after school activities and the essential and necessary equipment a child would need to attend or take part in these.

They are also looking for donations to help buy a sensory library, which is a library of different toys that parents can borrow to see if their child would like them or not. Given the cost involved in the toys these children need it can be expensive to buy them only to find the child has no interest.

To contact the charity email Jenny Victory on: littlesmilesgib@gmail.com 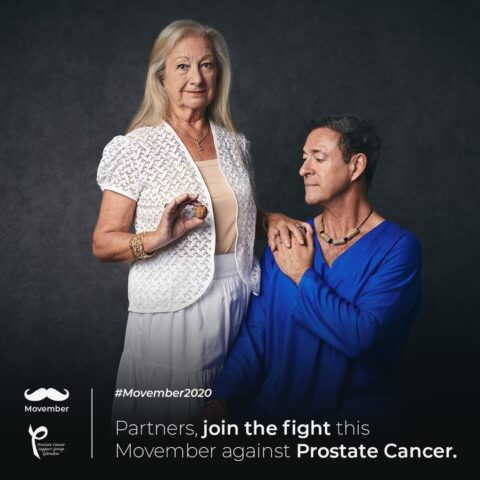 Prostate Cancer Support Gibraltar is aiming to raise the vast majority of its much needed funds this month, the month of Movember.

“We have been affected a lot by Covid. Especially now at this time around November when we start creating awareness and we fundraise,” said
the Chairman of Prostate Cancer Support Gibraltar Derek Ghio.

“We had a lot of fundraising events planned for the month but due to Covid these have been cancelled too.”

However, people are growing their moustaches this month and donating or asking people to donate to the cause.

He added that throughout the year so far they have not raised the amount they had hoped to raise to buy new equipment that would help in the diagnosis of the cancer. As a result he is asking that people contribute if they can to the charity.

If you wish to contribute to the charity you can do so directly Just Giving page http://bit.ly/PCSGJustGiving

Or people can fundraise for Prostate Cancer Support Group by setting up their own page and collecting funds which will be directly donated to them. This can be done by going to http://bit.ly/PCSGJustGiving and pressing the "Fundraise for us" button in the top right corner.