We were coming to the end of our stay in Venice and a feeling of trepidation, regret and nostalgia had invaded our souls: would we ever return to this unique city? We decided not to indulge in negative thoughts, but try to cram in as much sightseeing and appreciation of the artistic heritage of Venice as we could in the short time we still had left.

The readers of these articles could very well cast a sceptical eye on the colourful and vibrant pictures we have painted of the city-surely there must be something which we found ugly, uninteresting, or just plain? We examined our experience of the city and could not find anything which we could label ordinary or banal. However, we knew some people found Venice smelly, rat-infested, wet and damp, stifling in the summer and nearly always milling with jostling tourists, loud and ignorant. 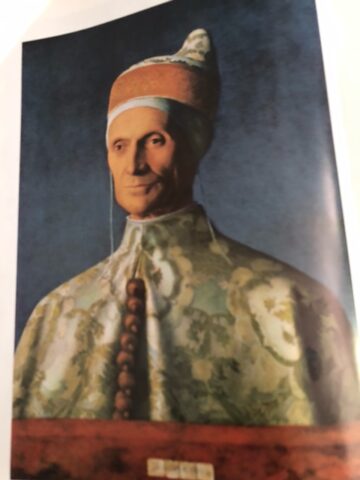 D. H. Lawrence, who was a great lover of Italy, expressed his disgust in a poem, saying ‘Abhorrent green, slippery city, whose Doges were old and had ancient eyes...’ Gibbon, the historian of the Roman Empire, also found Venice contradictory: he claims he ‘was afforded some hours of astonishment and some days of disgust by the spectacle of Venice.’ But we were undeterred by the opinions of these carping critics and left our hotel determined to enjoy our last two days in the watery city.

Venice is divided into six main zones called sestiere: San Marco, Castello, Cannaregio, Dorsoduro, Santa Croce, and San Polo. To these must be added the islands: Giudecca, Lido and Murano. That penultimate day we had a mission: to track down the residence of Ezra Pound, the famous American modernist poet, who had courted notoriety with his fascist leanings and who had lived nearly all his adult life here.

We crossed over from San Marco, using the Accademia Bridge, to Dorsoduro, on the other side of the Grand Canal, and headed towards the dome of Santa Maria della Salute, locally referred to just as ‘La Salute.’ We turned into the narrow Calle del Squero, which leads to the Zattere, the name of a quay on the southern side of Venice, and which we knew was a favourite ‘passegiata’ of Pound. We then caught sight of Calle Querini, our destination.

There, at number 252, we stood in front of Olga Rudge’s house, Pound’s partner. The house was hermetically sealed but we weren’t disappointed; we expected that, but were thrilled to find a plaque set up by the Venetian city council to commemorate Pound’s residence there. The original Italian had a poetic resonance so that we copied it down in our notebook and here it is for the reader’s delectation:
In un mai spento amore per Venezia
Ezra Pound
Titano della Poesia
Questa Casa Abitó per Mezzo Secolo
Comune di Venezia
(In his undying love for Venice/Ezra Pound/Titan of Poetry/lived in this house for half a century/The Venice City Council).

We had one more literary debt to pay: follow Rainer Maria Rilke to Santa Maria Formosa to stand in front of the inscription which honours Gaspara Stampa, the great Venetian female poet. These are the lines Rilke dedicates to her in his first Duino elegy: ‘Have you been mindful enough of Gaspara Stampa, so that perhaps some young girl jilted in love feels by the high example of this famed lover: if I might only be like her?’ She suffered the excruciating pains of unrequited love and has earned a place both in the church and in Rilke’s poetry. Interestingly, Santa Maria Formosa owes its name, ‘formosa’ (beautiful, shapely) to the legend that the Virgin appeared there, but not in her usual guise of a demure, subdued and asexual girl, but as a voluptuous, curvaceous woman! 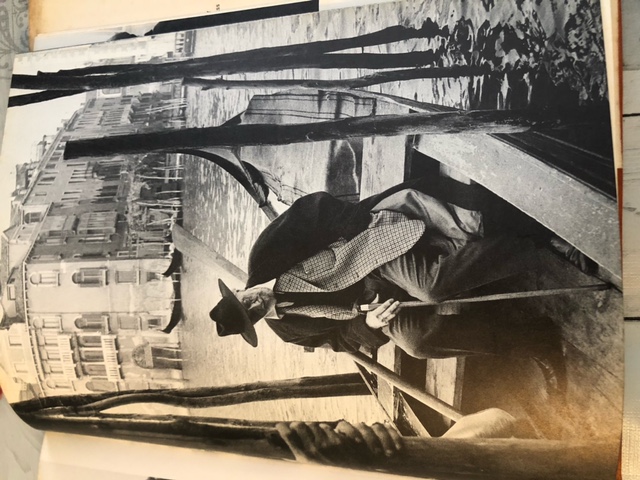 Coming from a small place like Gibraltar, we were quite used to eavesdropping on conversations during bus rides; the confined space makes this bad habit inescapable. In Venice we indulged in a bit of discreet listening in on the locals’ conversations. However, we soon found out it was almost impossible to do so, as they spoke their own Venetian dialect. This dialect is very fond of ‘xs’ and ‘zs’ and as far as possible ignores the double ‘l’ of standard Italian so that ‘bello’ comes out as ‘beo’. We bought an Italian-Venetian dictionary and learnt that the Italian ‘forchetta’ (fork) is ‘piron’ in Venetian; a watch is ‘relozo,’ not ‘orologio;’ when we say ‘you are’, the Italians say ‘tu sei’, the Venetians ‘ti ti xe.’ You may look for that grand church Santi Giovanni e Paolo in your guide book, but the street sings reads ‘San Zanipolo.’ The convent of Santa Maria di Nazareth, used as a leper colony, was so long ago blurred into San Lazzaretto that the name has found its way into nearly all the languages of the world.

Like nearly all the Renaissance city states, Venice left most of its fighting to mercenaries. Among them, the most distinguished was Bartolomeo Colleoni, the illustrious condottiere. He demanded his statue should be placed in the Piazza, but the Doges were reluctant to give such prominence to someone who, after all, was only a servant of the state. He now stands in all his pride and belligerence in front of the Scuola di San Marco and not the Basilica. A touchstone of early Renaissance sculpture, the equestrian statue is by the Florentine Andrea Verocchio and, after his death, was cast in bronze by Alessandro Leopardi. Looking up at the hoary old condottiere, you are moved by his grim face and his sturdy mount. He left his fortune to the Republic, but still did not get what he wanted! 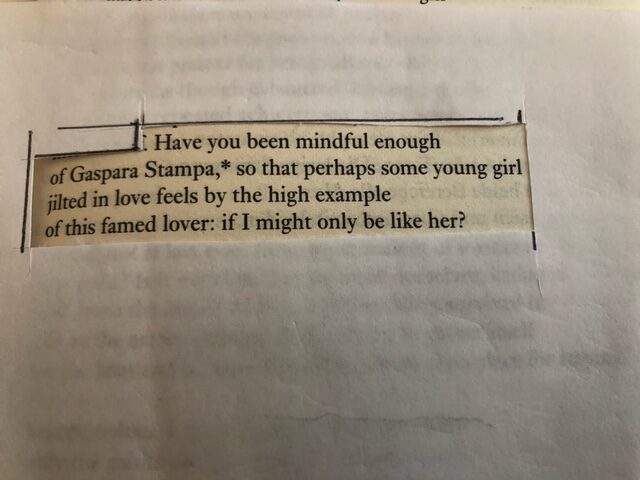 It’s a truism that Venice is nearly always depicted as a beautiful woman, alluring and seductive. She knows the ways of the world and is no stranger to secret arts and practices. However, her rulers, the Doges, were by and large old men, so that Venice was a gerontocracy. However, some were far from doddery: Doge Enrico Dandolo was eighty-eight when he stormed the bastions of Constantinople! His gave his name to the most famous and expensive hotel in Venice: the Danieli on the Via degli Schiavoni. So, some have renamed the city as the state of grand old men: Tintoretto died at 76, Giovanni Belliini at 86, Titian and da Ponte at 88, Sansovino at 91. To contradict Yeats: this is the country for old men!

Our time is running out and we still haven’t described our visit (one of many) to the Doge’s Palace. It is probably the most elegant and striking of all Venetian buildings. The designers broke with tradition by perching the bulk of the pink Verona marble palace on lace-like Istrian stone arcades, with a portico supported by columns below. The result is a light and airy masterpiece of Gothic architecture. Inside you find the magnificent Giants’ Staircase, flanked by statues of Mars and Neptune; an entire wall of the Great Council Hall is taken up by Domenico and Jacopo Tintoretto’s Paradise; and providing access to the main building, the Bridge of Sighs, which was crossed in the bad old days by offenders on their way to the state interrogators.

It was time to say goodbye. Our bags were packed, the taxi was waiting, Marco Polo airport beckoned. We turned round for one last, wistful glance at the city we had fallen hopelessly in love with. Ciao, Venezia!