Clean Up The World continues despite Covid-19

It was the 16th annual ESG Clean Up The World last Saturday, but it was different to all the 15 that came before it due to Covid-19.

The environment group ensured Covid-19 measures were adhered to as much as possible with a plan on how the day would operate had to be submitted to the Contingency Team dealing with Covid-19 for approval.

Measures included masks and gloves being handed out as well as each team having a set time they were allowed to collect any equipment from the Wellington Front office. 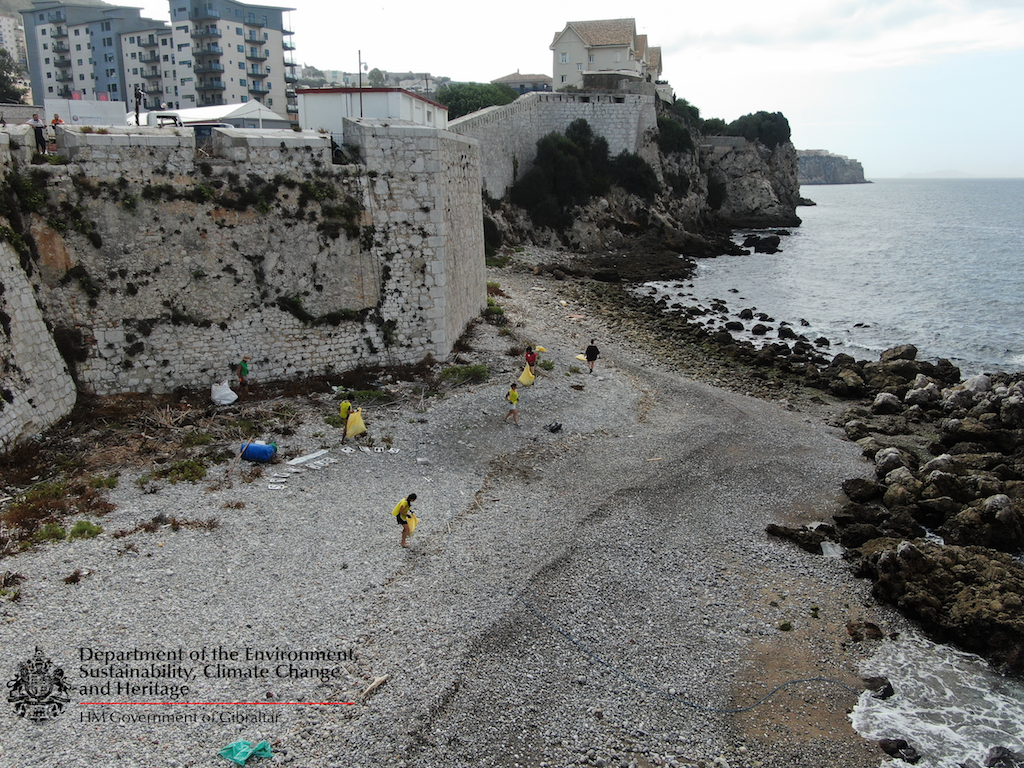 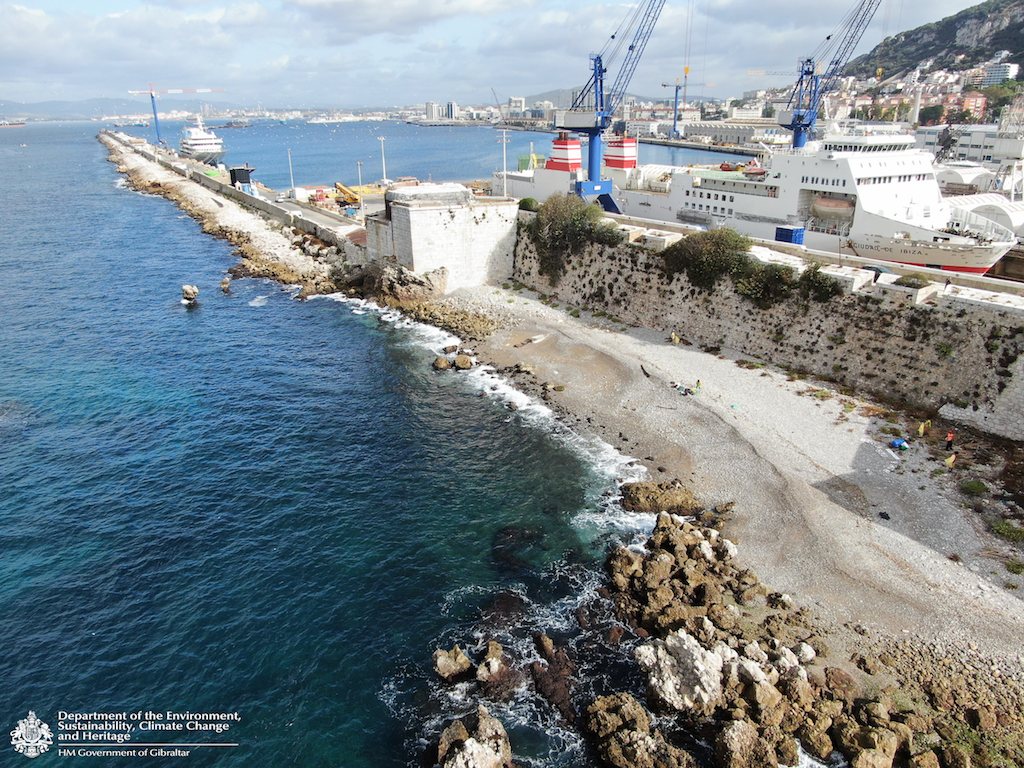 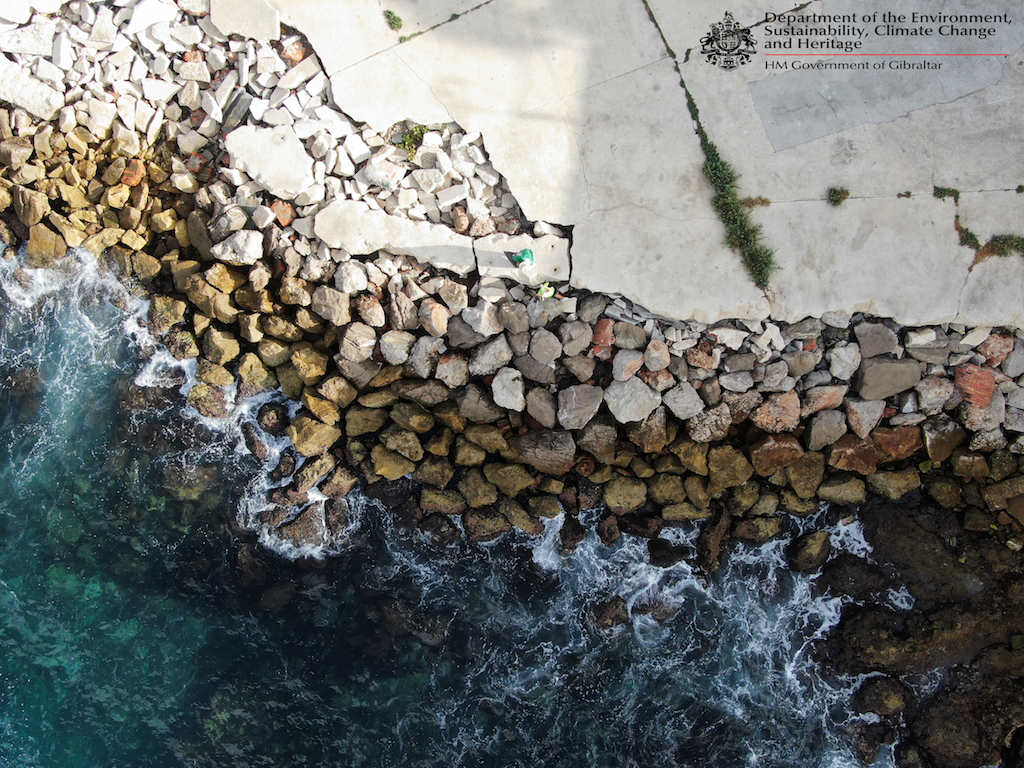 Across 14 different sites comprising of underwater, coastal, open water, green, communal and revetment hotspots, 18 teams took part in the clean-up and removed 12 truckloads of waste to the various waste tips.

Despite this and despite less people taking part the Clean Up was a success, said Janet Howitt from the ESG.

Dr John Cortes, the Minister for Environment visited Rosia Bay during the clean-up and Ms Howitt said she pleaded with him to talk more about these things.

“We need to come up with ways of reducing the amount of crap, fresh new crap that we are putting out into the environment,” she said. 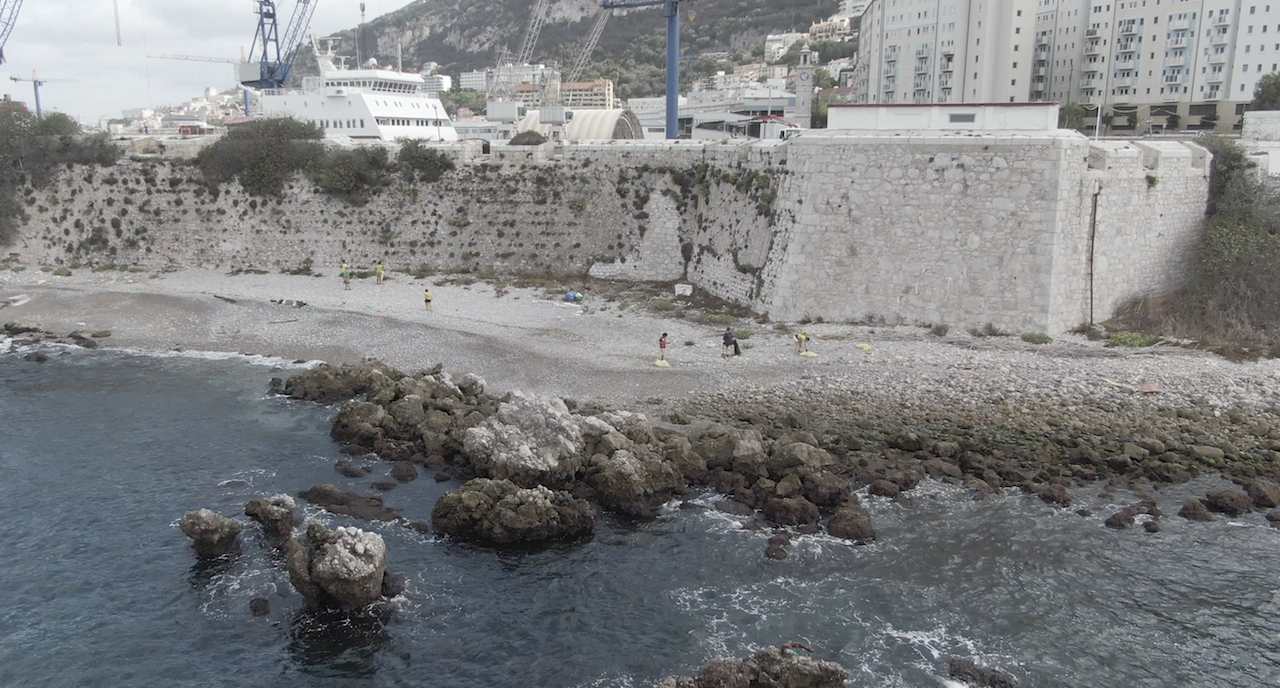 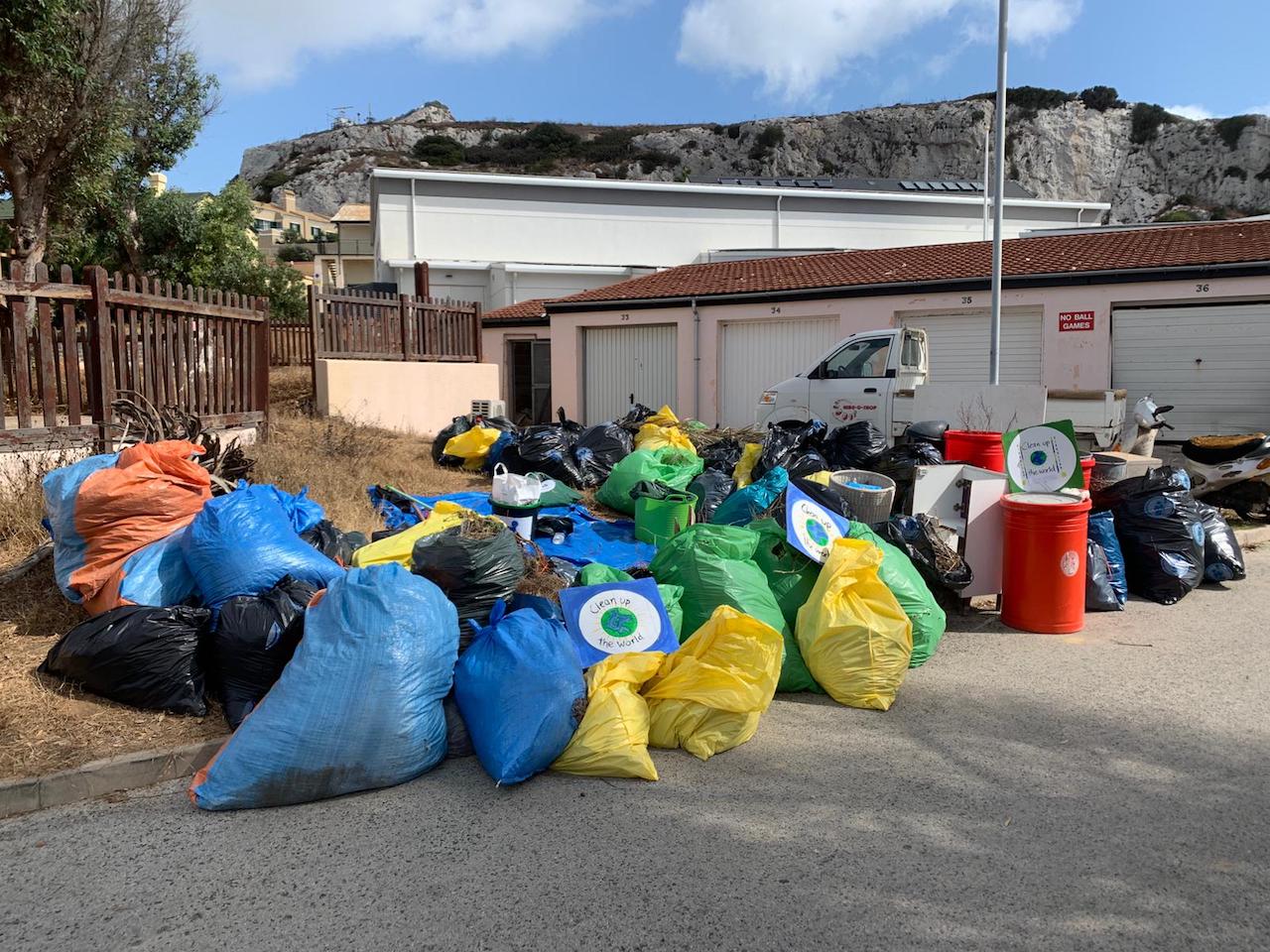 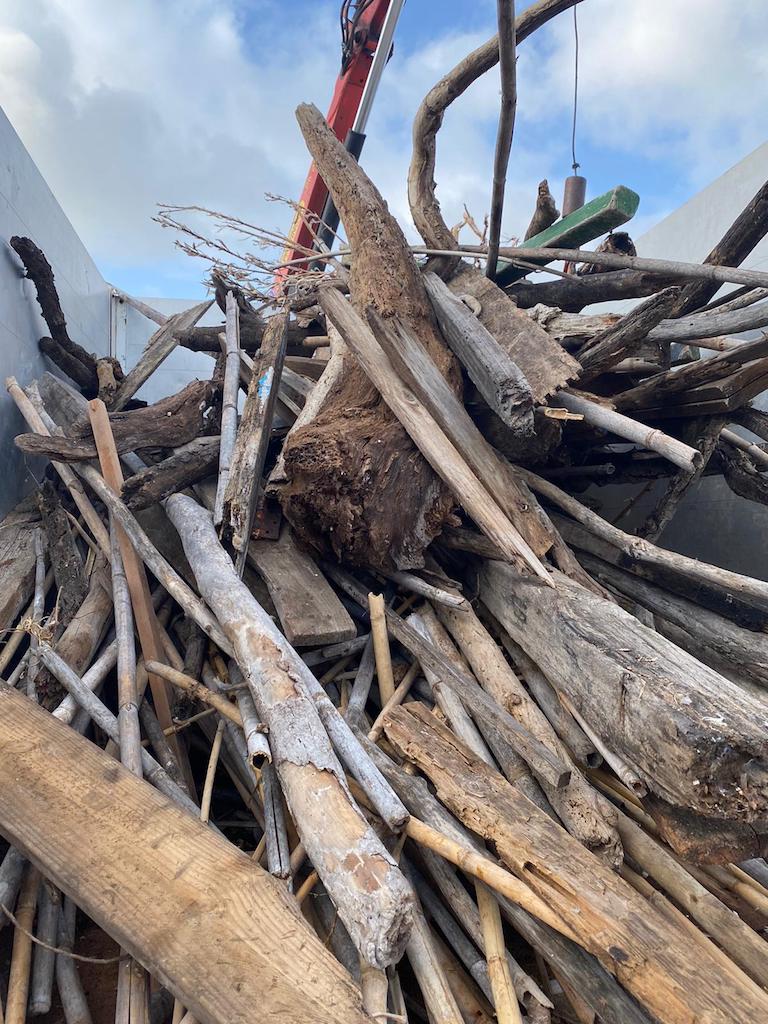 She also believes that the community needs to be informed more about what to do when they see someone disposing of rubbish or fly tipping.

“The campaign’s aim has always been, our place, our planet, our responsibility,” she said.

“Our focus here is on education, on facilities and enforcement.”

“For education it is about information and informing the community, where facilities are, why it is important that they are doing it.”

“Facilities because I can tell you of half a dozen places that don’t have the right bins in the right places, so even if you want to recycle or want to do the right things it is not that easy for you,” she said. 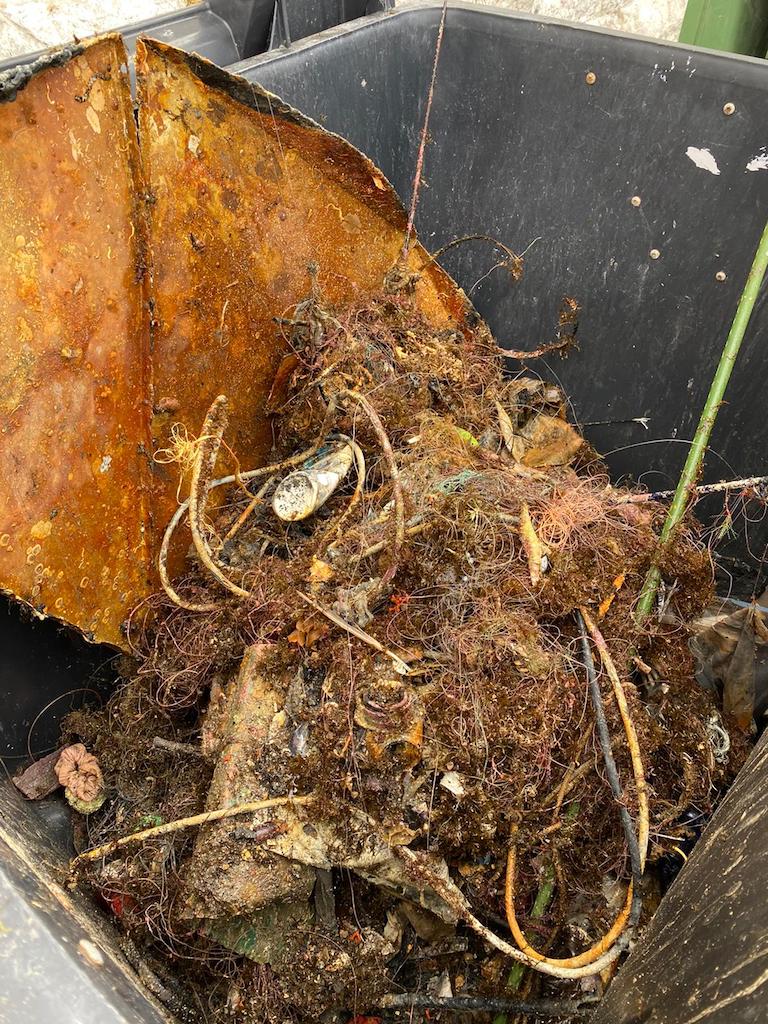 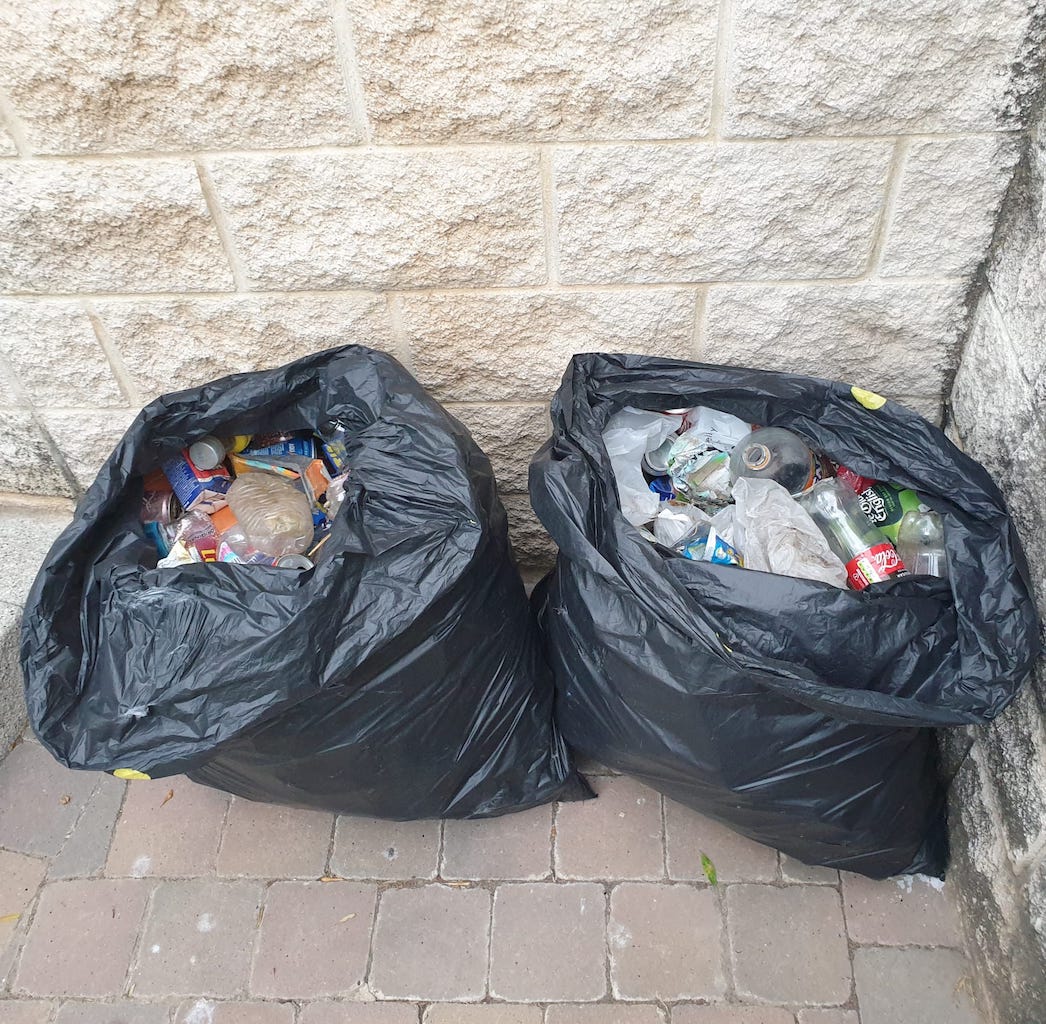 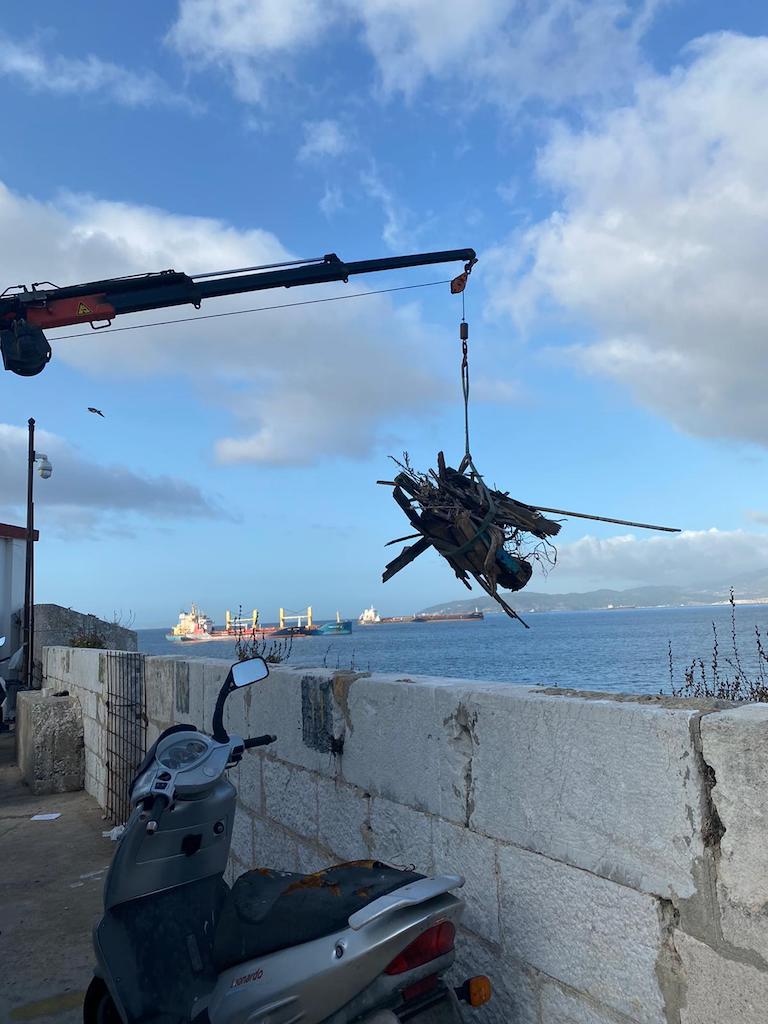 “And then we talk about the waste end points in their own right which have undergone lots of changes but we still don’t have a modern waste facility here so we are struggling and Brexit is making things very complicated there.”

“If you look at your glass bottle or your can and you think about the journey and considering that Gibraltar is growing at a rate that it is and therefore more people living and more waste. We have to get on top of that.”

“We need to streamline and clean up. It is not just about picking it up and putting it in the bin. What do we do with it after. That is a big question I think,” she added.

She also believes that the disposal of construction waste and larger household items such as doors needs to be looked at. Because when people cannot dispose of these, they leave them by the bins and fly tip.

One area in particular that was a success was the underwater clean-up of areas such as Rosia Bay and Seven Sisters. Such is the need to remove waste or debris from these areas work has continued this week.

The clean-up of Rosia Bay was led by the Department of Environment and GSAC with a marine and drone teams, Dive Charters and Diving with Nic.

While the Seven Sisters site clean-up was led by Britannia Abseilers and Crane team, Royal Navy Diver Boat access. Nearly 30 divers from three different clubs and the Department of Environment marine team took part in the clean up on these sites.

All entities were supported by Britannia, Wildlife Gibraltar, Monteverde site team and Eco Park. The Department of Environment’s drone captured all the work being carried out.

There was a same day lift of waste from Seven Sisters and the usual large pile of rubbish photograph opportunity was not had this year due to the fact that the various types of waste was taken directly to the correct waste facility for the type of material it was. Including dead birds and animals, such as three vultures, who were plucked out of the water at Seven Sisters, which were taken to be cremated.

“The fact that these two sites happened and for me if we had only done that I would have been satisfied because everything else will get done at some point if people flash it up on Facebook or if we put in reports about it. But an underwater clean up, boat access and direct lift no way,” she said.

“The dive clean-up was very special.” She notes that 48 hours before the clean-up they had only a hand full of divers, however, the various clubs came together in the end and a large team was produced.

“For Rosia Bay you have to think of the marine life that is there, already struggling to survive with the invasive algae that is their carpeting everything, never mind the crap that people are dumping in there and the stuff that floats in from the currents.”

“It is special there and we have to do something do hold back the level of trash in these places,” she added.

One item that is often found is glass beer bottles, these needs to be removed as small marine life and trapped in the bottle and if they grow they will die as they are literally stuck inside a bottle.

“If the bottles are not lifted it is serious to the marine life,” said Ms Howitt.

Hooks and lines from people fishing in the area inevitably get caught on the rocks and these were also removed.

In addition to these two sites clean ups were taking place in areas such as Little Bay and the Laguna and Glacis Youth Club went around the estates picking up rubbish and giving the clean-up message to the residents.

“I am told the residents really found it very positive, I don’t know how much rubbish they got but it was the actual awareness,” she said.

There was also a communal clean up in Europa Walks by the new residents to the ex-MOD estate.

The revetment area by Westview Park has an issue with takeaways packaging as people take their food to the area, eat it and just leave it. This area was cleaned up.

She believes that these areas should be out of bounds as once the rubbish is there it enters the sea or is very difficult to remove.

“Our lives now is about takeaway food and most of it hopefully goes to the right recycling places but it is still too much, too much of everything,” she said.

She added people purchase items such as reusable bags but only use them once.

“Special thanks to the Clean Up steering team, there help is essential” said Ms Howitt.