CorreLibre went backwards this past November 27th when it saw the second annual CorreLibre “Reverse Run”. In this event the aim is for all runners to finish at the same time. To achieve this, runners received their recent stats for the Corre Libre’s Gibraltar run - the Gibraltar run is 5.3km and includes a hill, so comparing to our Spanish route would be unfair.

A spokesperson explained, “We had ten runners, with 9 1/2 minutes between the first starter and final starter.

‘This year, runners could select their own target time, based on their past history and their own judgement. Runners were provided with their fastest and slowest times, plus the average of their last 10 runs and their overall average to aid in prediction.

“As always, past performance is not necessarily a guide to the future. The best prediction was from Paul Tysoe, unsurprisingly as he is an actuary. He predicted 26:00 and achieved 26:12.

“The least accurate prediction was from Chrissie Baur Caetano, who predicted 29:00 and achieved 24:40, a difference of 4 minutes and 20 seconds.

“The plan is to have another reverse run in February or March 2022, Covid omicron permitting. Before that, CorreLibre will have the annual Christmas Rum Run on 11 December, where runners imbibe before the run, as well as afterwards. Club captain, Kathryn Morgan, said “I hope the rum inspires a few personal bests!”

“CorreLibre is a free, weekly timed run. It’s not a race - there is a first finisher and a tail runner, and no winners or losers. It is open to runners and walkers of all ages, abilities, and shapes. Runs start every Saturday, and bank holidays, at 8:30 from the 100 ton gun. The club Facebook group has more information - https://www.facebook.com/groups/215218225496745.” 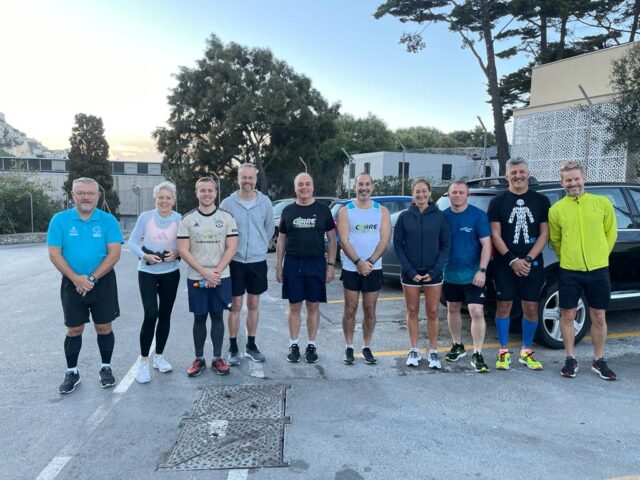