Could your household clutter be valuable?

You may think the bits and bobs you’ve accumulated over the years are just worthless junk. But you may very well be wrong…

Just because your home isn’t full of antiques, doesn’t mean the contents have no resale value. In fact, your items may actually be sought-after on the auction market, and have a substantial value.

“I can’t tell you the amount of times I’ve seen somebody about to chuck something out that’s incredibly valuable and I’ve gone, ‘Nooooo!’” says auctioneer Angus Ashworth, a house-clearance expert who stars in the new TV series The Yorkshire Auction House on Really.

“Often, you’ll go round to a house where they’re apologising for there being nothing worthwhile, and before you know it, things tot up – sometimes houses may not have any one item that’s of huge value, but there might be a lot of items that are worth £40-£60, and if there’s 100 like that, it adds up.”

Such valuable hordes are something Ashworth came across frequently when making the TV series, which follows him and his team as they clear out houses packed full of trinkets, treasure and junk, taking any valuable items to auction, with profits going to the owner, and recycling or tipping the rest. Across the programme’s 10 episodes, £100,000 in sales was made.

Ashworth, who runs Ryedale Auctioneers in Kirkbymoorside, North Yorkshire, says: “Quite often, people have no idea about the value of what they’ve thought of as ‘junk’, and the items they might think are valuable aren’t necessarily, because of the current market. They’ll say they’re throwing something out because it’s rubbish, but it’ll be what people are after at the moment – a £200 lamp or whatever.”

But how can you spot if your home contents are valuable? Ashworth gives his expert advice…

Do things need to be old to be valuable?
“There’s a misconception that because something’s old, it’s valuable, but that’s not always the case,” explains Ashworth. “There are obviously markets that are after specific antiques, but nowadays, generally, it’s more about the interior look and the practicality of an item that can make it more valuable.

“You could have something that’s relatively modern, but very desirable – a lot of people overlook more modern items and think they don’t have a value. Also, quirky things – anything that’s a bit different – people like those and they always sell, because you can’t just go and get another one. That’s the great thing about buying things at auctions, it’s finding that unique item you can’t get on the high street.”

Look out for lighting
“Lighting’s very popular – table lamps, or even light shades,” he says. “They’ve gone out of fashion a little now, but enamel, industrial shades became hugely fashionable. I used to find them in garages all the time and they could fetch £50-£100.

“There’s pretty much a market for everything. It’s just bringing it to the market at the right time, and finding the buyers. That’s easier to achieve now, because of internet bidding – you’re selling to the world, not just your local area.” 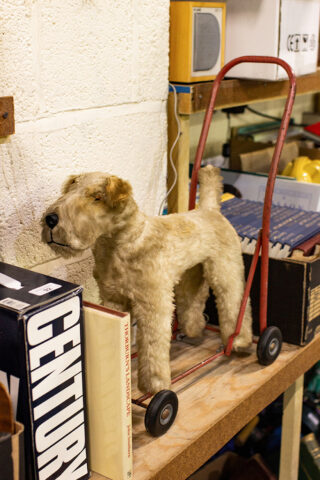 Nostalgia drives the market
Middle-aged people with disposable income are harking back to the things they loved, and possibly never owned as children, and buying them now instead, explains Ashworth. “What was hot when people in their late 40s and early 50s were young drives the collectables market – they buy the things that were really big when they were children, because they can afford it now.

“So, when you were young if your parents couldn’t afford that Chopper bike for you, you’ve got the money now and think, ‘I always wanted one of those as a kid’. It’s reliving that nostalgia.”

Chopper bikes, which were popular in the Seventies, currently sell really well, he says, and an original Chopper in good condition can make around £200.

Tot up the tech
Ashworth says old technology – like early games consoles such as Sinclair ZX Spectrum, Sega Mega Drive and Master System – is also popular. “The sort of things kids have when they’re younger, that get stuffed in a cupboard when they’ve left home, are actually becoming really collectable,” he says. 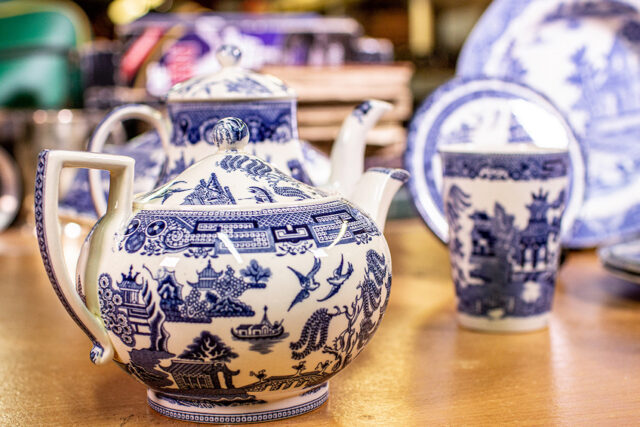 Could something you bought new still be valuable?
”Absolutely,” stresses Ashworth. “Sometimes we’ve had modern things in an auction that have sold for more than you can buy them new. Just because you bought something new three years ago, for example, doesn’t mean it’s lost all its value. Some things will go up in value, and the better quality something is, and the rarer it is, makes a difference to its value – and that can be something modern, as well as something old.”

Do things have to be in pristine condition to be worth money?
Condition is very important, says Ashworth, but if something’s really rare and in poor condition, it’s still got value. He once sold a Bohemian glass vase for £1,400 despite it having a “serious chip” in it, and points out: “If something’s rare enough, people will overlook things like that.”

With antiques that are hundreds of years old, wear and tear is, of course, more likely. “Being absolutely pristine would be unusual if something’s particularly old,” he says. “It’s whether the condition is relative to the age. But ultimately, something in great condition will always sell better than something in poor condition.” Original boxes can also really enhance an item’s value, he says.

Don’t forget the garden
Sometimes garden contents, like good quality planters, garden furniture, antique or modern decorative garden pieces, and benches, can be more valuable than house contents, Ashworth points out. “A lot of gardens contain terracotta and ceramic planters, which are very expensive when you buy them new, but for some reason, people then forget about that value – it’s outside and they don’t think about it,” he says.

What valuable items have you discovered in house clearances?
“We had some small Lowry sketches that a lady had in her drawer, and sold them for £11,400,” Ashworth recalls.

“She’d been an art student in the Seventies and wrote to Lowry, and he wrote back and enclosed a couple of sketches, so they sat in a drawer and she never really thought about it until we were doing a valuation. You’d be amazed how often things like that happen.”

Another time, a Commando dagger that had once belonged to an important person made £20,000, a shotgun worth £37,000 was discovered, and during one house clearance, it turned out the family’s relatives had been Master Cutlers in Sheffield, and under the bed were “fantastic” 19th Century exhibition pieces, like cut-throat razors and scissors, which were worth a total of £25,000. “And it was all under the bed,” says Ashworth. “It does happen!”