Gibraltar Cricket have announced their 14-man squad to represent Gibraltar in the forthcoming ‘ICC Men’s 2024 T20 World Cup Sub Regional Europe Group C Qualifier’ taking place in Belgium between the 28th June - 4th July.
The squad has been named as:-

Gibraltar will head to Belgium for the T20 World Cup Qualifiers. 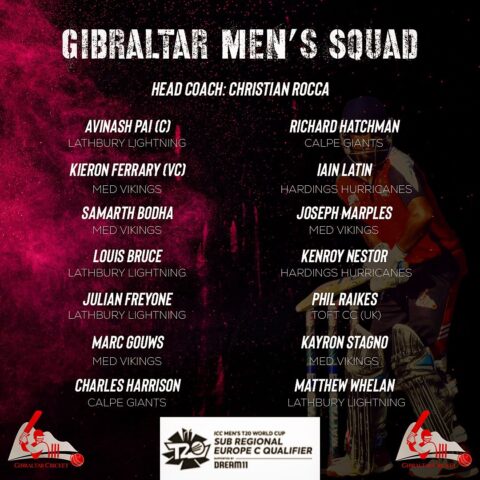 Gibraltar women’s U19 to face Israel, Macedonia and Georgia