Three hundred cartons of cigarettes and a Spanish-registered car that were abandoned following a high-speed car chase on Friday morning were seized by Customs officers.

Officers in a patrol car driving Devil’s Tower Road spotted a vehicle driving out of Halifax Road at around 2am.

The Customs officer alighted from his vehicle in an attempt to speak to the driver, but the Spanish car sped off and a chase ensued. 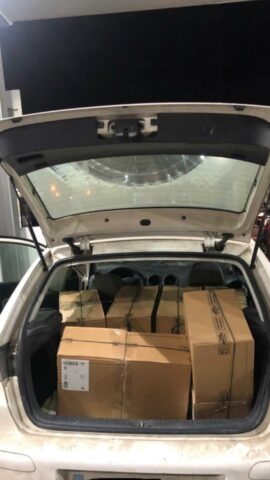 A second patrol car assisted in the chase down British Lines Road but the driver abandoned the vehicle and jumped over the fence to go into Spain.

A search revealed 300 cartons of cigarettes.

Both the tobacco and the car have been seized while investigations continue.

Government confirms another death from Covid-19

Gibraltar and Commonwealth ‘closer than ever,’ Garcia says