A group of 25 people walked from the ‘Darkness Into Light’ on Saturday May 7, joining a number of countries around the world to raise funds and awareness for charities that deal with suicide and self-harm.

Starting in Casemates at just gone 6.30am, the walkers made their way up the Union Jack Steps and into the steep climbs of the Upper Rock, some lighting candles along the way. 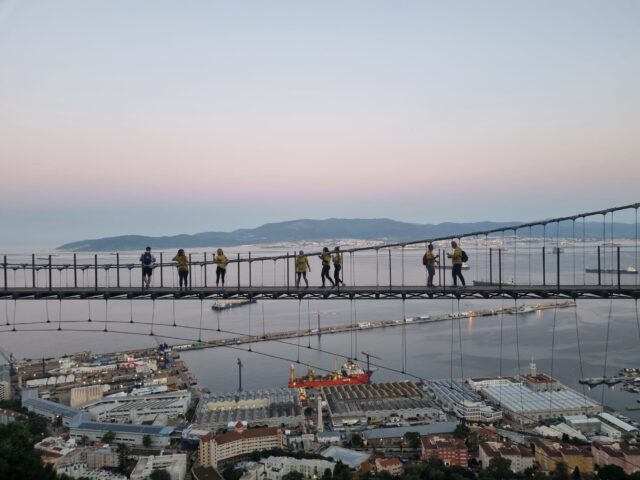 Once across the Windsor Bridge they made their way to Jew’s Gate and up into the Mediterranean Steps, where the sunrise greeted them. 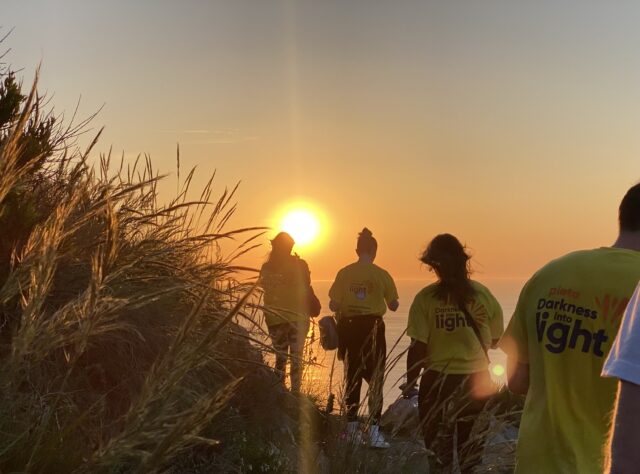 As they reached the top by Lord Airey’s and O’Hara’s Battery, the sea fog had rolled in and the group appeared to be above the clouds.

The movement of ‘Darkness Into Light’ started in Dublin, Ireland in 2009 with just 400 people. 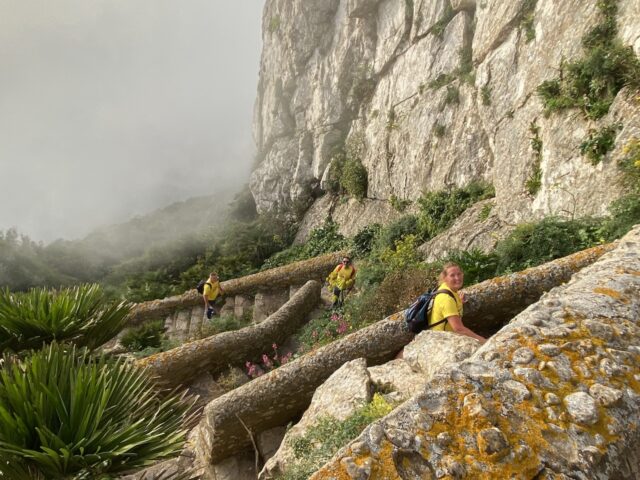 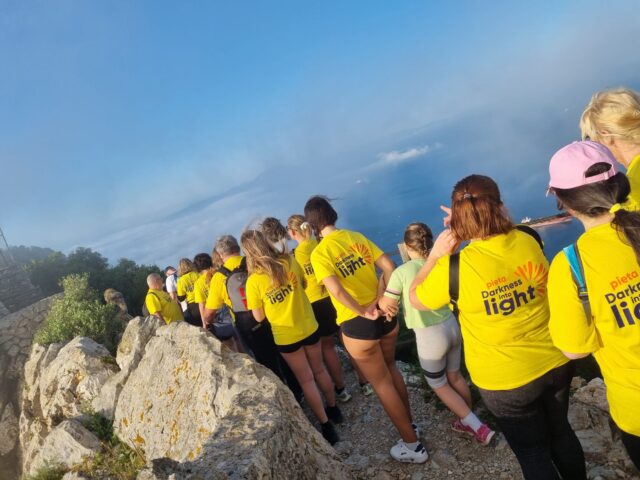 Over a decade later that has grown to 200,000 and 29 million euros being raised for Irish charity Pieta, enabling them to keep their helpline running 24/7.

Ten years ago the first international event took place in London, and since then it has grown to include New Zealand, the Netherlands and, Gibraltar for the second time.

From the registration fees, 50% of the money goes to Pieta the remaining 50% to a charity of choice for the international organised events. The event in Gibraltar was organised in conjunction with events up the Costa Del Sol, as a result funds raised on the Rock will go to Afesol Salud Mental.

Once the group had reached the top of the Med Steps they made their way to Douglas Path and onto the SkyWalk surrounded by cloud. 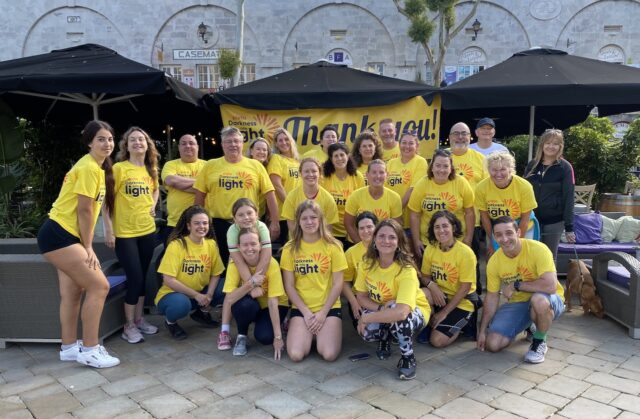 Having made their way down the Rock via the Moorish Castle the group all joined each other for breakfast paid for by event organiser Scarlett Humphreys’ employer efpg insurance.

One message Ms Humphreys was keen to get out came from the mantra of Darkness Into Light.

“We woke up, in the darkness, in our thousands around the world, We rose up, to challenge stigma, to banish self-harm, to fight suicide, We kept in our hearts those feeling trapped in the darkness, those haunted by sadness, those with an empty chair. We are armed with the courage to listen, to talk, to care,” she said.