“Fairness, Respect and Discipline are the three qualities that are common to both policing and rugby,” insists Detective Chief Inspector Tom Tunbridge who has spent much of his life involved in the two activities.

“But fun is important too - and I enjoy my job as much as I enjoy my rugby.” 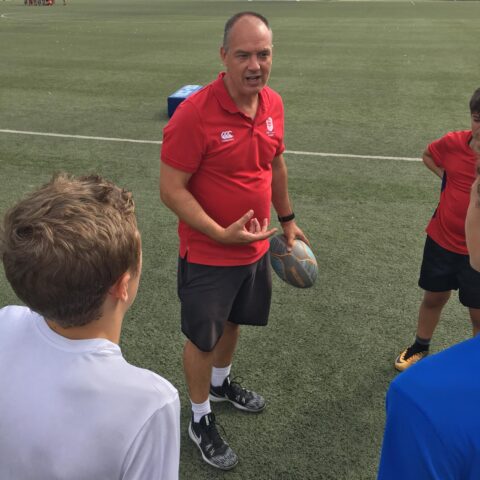 Tom spent his early life flitting between the UK and Gibraltar. He was born in Gibraltar but, when just a baby, his family moved to London and then Essex. Then, when he was 14, the family moved back to the Rock and Tom completed his school education at Bayside School before moving back to UK again to study for a degree in Geography with Business Studies.

Having once again returned to Gibraltar, Tom tried a couple of jobs before deciding that he “wanted to do something to help people in the community” and, as his older brother, Wayne, was enjoying life in the RGP, he decided that he would also join up.

In the 23 years since he made that decision, he has spent more than 16 years working in Economic Crime.

The highlight of his career was probably the Marrache case, a four year investigation which, in 2014, ended, with the longest trial in Gibraltar’s history and culminated in the jailing of three brothers who committed a multi-million pound fraud. Modestly, Tom fails to mention that he was Highly Commended for his “outstanding dedication, commitment and professionalism in the investigation”.

In the opinion of a member of the UK’s Serious Fraud Office, Tom had successfully done the work of 15 specialist fraud officers.

Another of Tom’s career highlights was his successful work on behalf of the RGP, which led to Gibraltar’s acceptance, in 2015, into Moneyval, the Council of Europe’s mutual evaluation of anti-money laundering processes and procedures.

“I have also been fortunate that my career in Economic Crime has given me the opportunity to travel to such places as the British Virgin Islands, Israel, Romania, Bulgaria, France and Ireland – and I have also been able to assist police forces from the Netherlands, Finland, France, and, of course, Spain and UK.”

Revealingly, DCI Tunbridge insists that his other career highlights come “whenever anyone who works for me gets promoted.”

Away from his police career, much of Tom’s life has revolved around rugby, the game he first started to play when he was at school in Essex. Aged 47, he still plays regularly in the local league and for the GRFU Veterans as well as being head coach of Gibraltar’s under 16 rugby team. When he’s not doing that, he even manages to find time to help coach Gibraltar’s Under 16s basketball team.

After he moved to Gibraltar aged 14, he and his brother Wayne, established a youth rugby team where none existed before.

“We pulled together enough kids to allow us to enter a team in the Andalusian league. It meant huge amounts of travelling and even our home games had to be played at Sotogrande because we didn’t have a pitch of our own.” 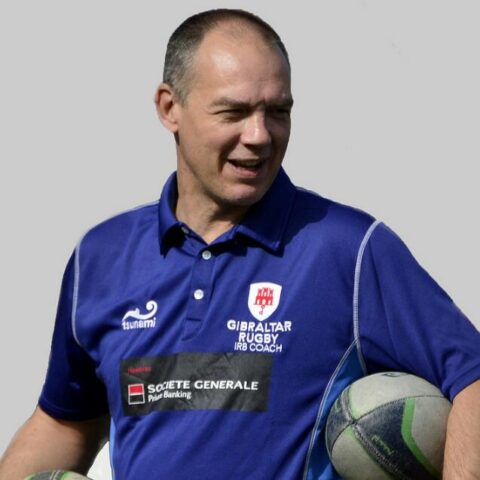 “About 11 years ago, I saw there was no rugby for younger children. I wanted my five year old son to be able to learn the values that rugby teaches so I started a minis’ rugby club with a few nephews and nieces.”

‘Kids’ Rugby’, as it is usually known, has since grown massively and now, over 200 youngsters enjoy the training sessions at Europa every Saturday morning.

“The game-changer was getting our own rugby pitch and facilities,’ says Tom. ‘As well as all the youngsters, we now have dozens of adults involved. They help with the coaching and carry out lots of admin jobs. There is a great atmosphere down there on Saturday mornings – it’s a joy to see the speed with which the sport is growing.”

And as he rushes off to another Economic Crime investigation, Tom calls back over his shoulder, “And tell people I’m always looking for new players for my Under 16s rugby team. No experience is necessary. Tell them to call me if they’re interested.” 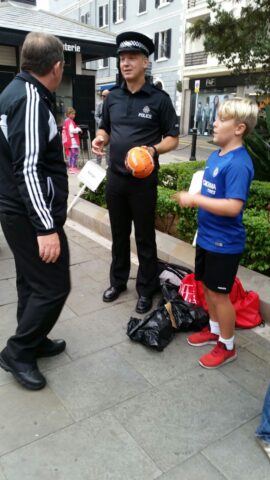