It’s time to get your record players and your turntables up to scratch again (pardon the pun). The vinyl record album is back and local Rock band ‘Dead City Radio’ are the first band here to release an album in this format instead of the usual CD or digital downloads. It’s a brave new world and as there haven’t been any local releases by anyone in this fateful year DCR, with support from the Gibraltar Cultural Services have taken the initiative to release a vinyl record album in time for Christmas. 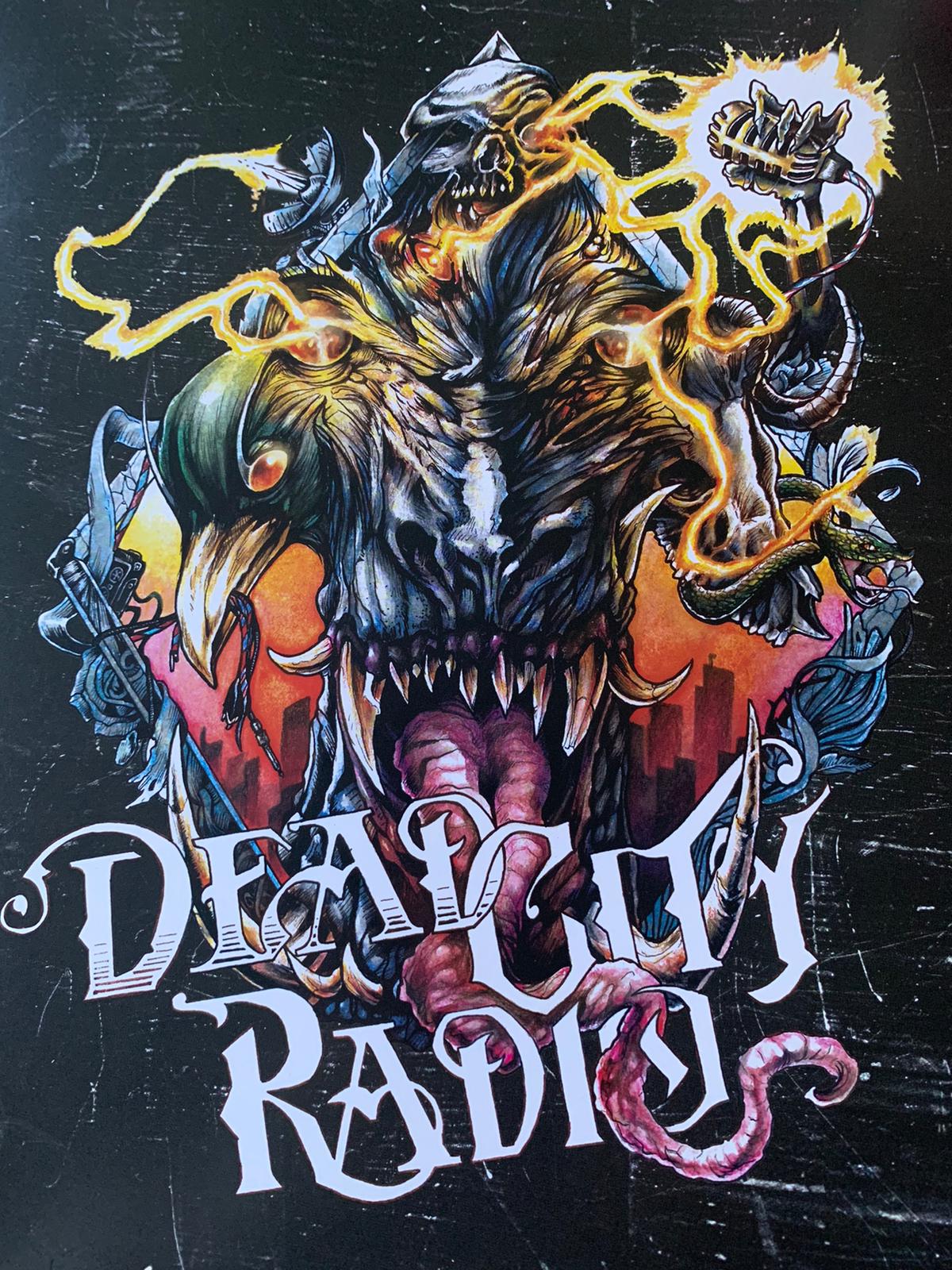 Vinyl is the traditional way of capturing studio performances on record and the vinyl sound, although for the purists it is considered the Holy Grail, has not got the ultra clean sound attributes of digital formats, however the gramophone ‘needle in the groove’ sound has more warmth and vintage charm than the ‘hear a pin drop’ clarity of digital recordings. Hence the comeback of the vinyl format and the growing trend in record sales as opposed to CDs.

‘Dead City Radio’ have been around for a few years now and their ‘take no prisoners’ approach to Rock music has seen them featured in various GMFs where they have carved for themselves a niche group of fans who seem to go for their ‘Led Zeppelin’ type of vocals for which front man James Culatto is locally revered. They are more than that. They put in a lot rehearsal time to forge their original material into concert shape songs and have probably spent even more time recording their musical progress with former ‘Taxi’ guitarist Danni Fa who is responsible for having engineered the sound of this album.

Rock music is difficult to capture on recordings as high level signals compete with each other for space in the final mix and there is always a danger that taming down the sound of a lively band can totally ruin their projection on the record. This album cheekily titled ‘Album of the year’ by ‘Dead City Radio’ features 8 tracks, among them two new songs and a reworking of an older song, does not suffer from weak sound. It is a challenge on the aural senses and homespun Rock which is not for the squeamish. Original classics which the band are well known for like ‘Valkyrie’ ‘Goddess’ and ‘Smoke and Mirrors’ are reassuringly there. New songs are ‘Fire’- (track1) and ‘Up in Lights’ (track 3) are an indicator against which to compare their old material with the new. In ideal circumstances we would get to see them perform this at a record launch gig but alas this is not possible for now. However take it from me this is a worthy album to add to your Rock collection.

The band is made up of James Culatto - vocals, Robin Batchelor- guitar, Daniel Ghio - bass and Michael Gomez - Drums. Nicholas Anson is credited with drums on the two new songs (tracks 1 and 3) and Richard Camilleri on bass on the reworked ‘Smoke and Mirrors’ (track 8). The album has been produced and mixed by Danni Fa and the cover artwork is by Kane Matto. The album retails at £20 because production costs are higher for vinyl but it’s a fair price to pay to bring back gramophone music into your collection. Get yours now or give to someone this Christmas and support local culture.