File photo dated 26/10/91 of Diana, Princess of Wales with her children, then Prince William, 9, and then Prince Harry, 7, on board the Maid of Mist for a close-up look at Niagara Falls. The Duke of Cambridge and the Duke of Sussex are preparing to honour their mother Diana, Princess of Wales by unveiling a statue on Thursday on what would have been her 60th birthday. Issue date: Wednesday June 30, 2021.

By Laura Elston, PA Court Reporter
The Duke of Cambridge and the Duke of Sussex are preparing to honour their mother Diana, Princess of Wales by unveiling a statue today on what would have been her 60th birthday. 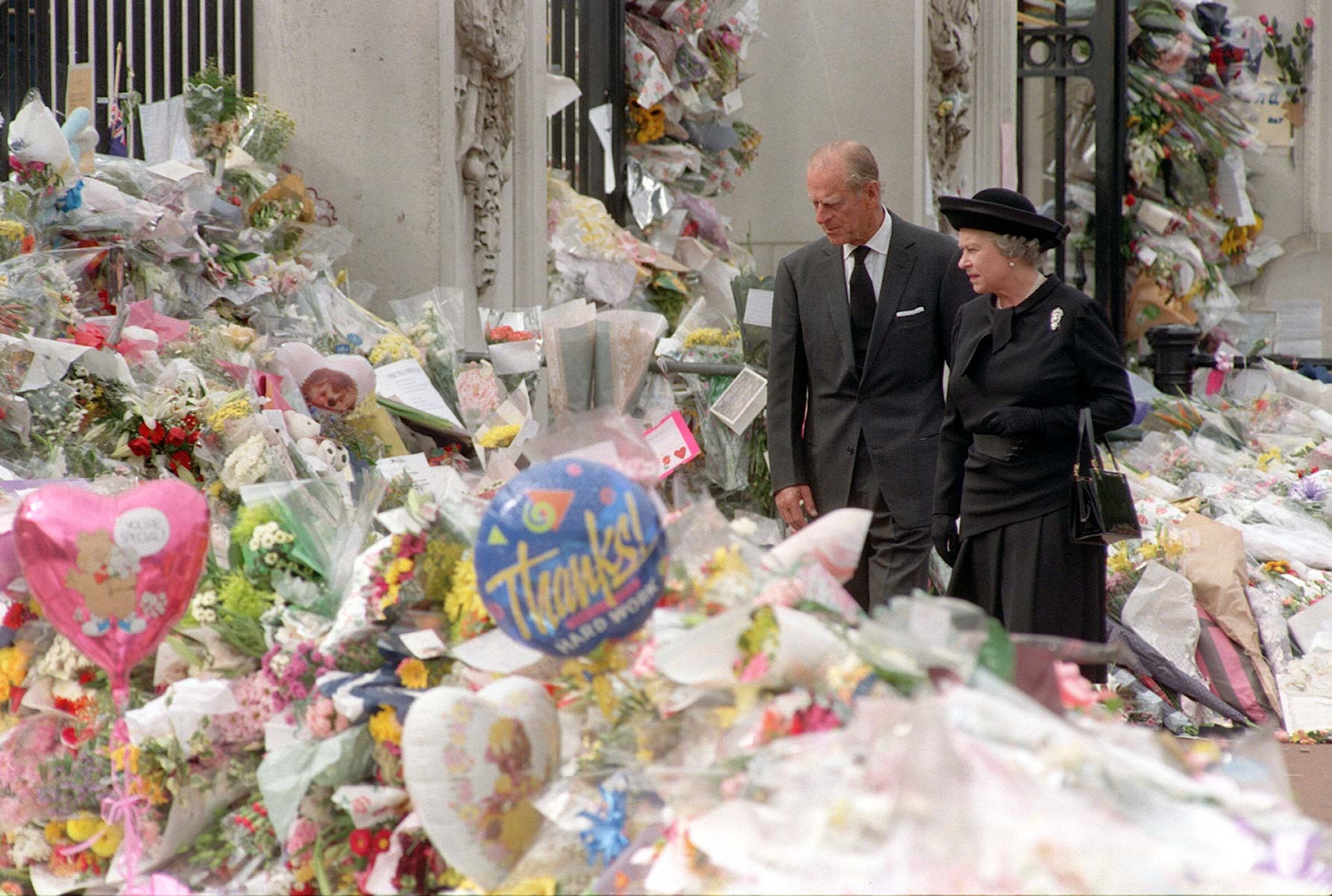 Diana was 36 when she was killed in car crash in Paris on August 31 1997 when she was being pursued by the paparazzi.

Nicknamed the People’s Princess for her caring, open approach, Diana was known for her devotion to Princes William and Harry, the breakdown of her marriage to the Prince of Wales, her personal struggles, and her charity work.

Before the royal wedding
Diana’s appeal began almost from the moment she appeared on the world stage as an awkward, shy teenager in the early 1980s.
Before becoming a global royal superstar, she was living in a London flat with her girlfriends and working in a kindergarten.

Although hailed as a “commoner” when she began dating Charles, Lady Diana Spencer was a member of the aristocracy, born into a privileged family that had close connections to the royals.

The big day
Diana’s wedding to Charles was billed as a true life fairy tale.
Amid pomp and circumstance, shy 20-year-old Lady Di married the heir to the throne in the grand St Paul’s Cathedral on July 29 1981, watched by a worldwide TV audience of more than 750 million.

Dressed in her Emanuel silk taffeta wedding gown with its billowing sleeves and huge train, the new Princess of Wales shared a kiss with Charles on the palace balcony – a departure from royal protocol.

They enjoyed trips to Disney World, played tennis and visited the cinema together, and on days out at Thorpe Park, she made sure they queued for the rides like everyone else.

The princess also sought to educate her boys about those less fortunate, and would take them to Centrepoint hostels as children to show them the plight of the homeless.

Shaking hands with Aids patients
The princess helped break the stigma surrounding Aids and HIV when she was photographed shaking hands, without gloves, with an Aids patient at the Middlesex Hospital in London in 1987.

She championed victims of the disease when there was a widespread fear the illness could be passed on by touching.

She later made numerous visits to the Mildmay specialist HIV hospital in east London.

The marriage breakdown
Behind the scenes, all was not well in Charles and Diana’s relationship.
The princess found the palace courtiers unapproachable, and was overwhelmed by her role as a royal superstar.

She was fighting personal demons such as bulimia, and was wracked by insecurities, doubting her own worth as a member of the royal family.

Charles had turned to his former love Camilla Parker Bowles, while Diana went on to embark on an affair with Major James Hewitt.
The growing distance between Charles and Diana began to be apparent on royal tours – with Diana sitting alone at the monument to love, the Taj Mahal in India in February 1992.

On the same trip, Charles attempted to kiss his wife but collided with her ear at the Jaipur Polo Club.

A disastrous trip to South Korea by the ill-at-ease prince and princess took place in November of that year.

They were nicknamed The Glums and a month later it was announced they were separating.

Panorama
Charles later confessed to an affair in an interview and book with Jonathan Dimbleby.
Diana then gave a Panorama television interview to Martin Bashir in 1995 in which she said of her relationship with Charles “there were three of us in this marriage”, questioned his suitability as king and admitted adultery herself.

In May this year, Lord Dyson’s inquiry into the BBC programme found that Bashir engaged in “deceitful behaviour” to secure the world exclusive, faking bank statements that suggested individuals were being paid to keep the princess under surveillance.
Diana’s appearance prompted the Queen to urge the Waleses to divorce, which they finally did in 1996. 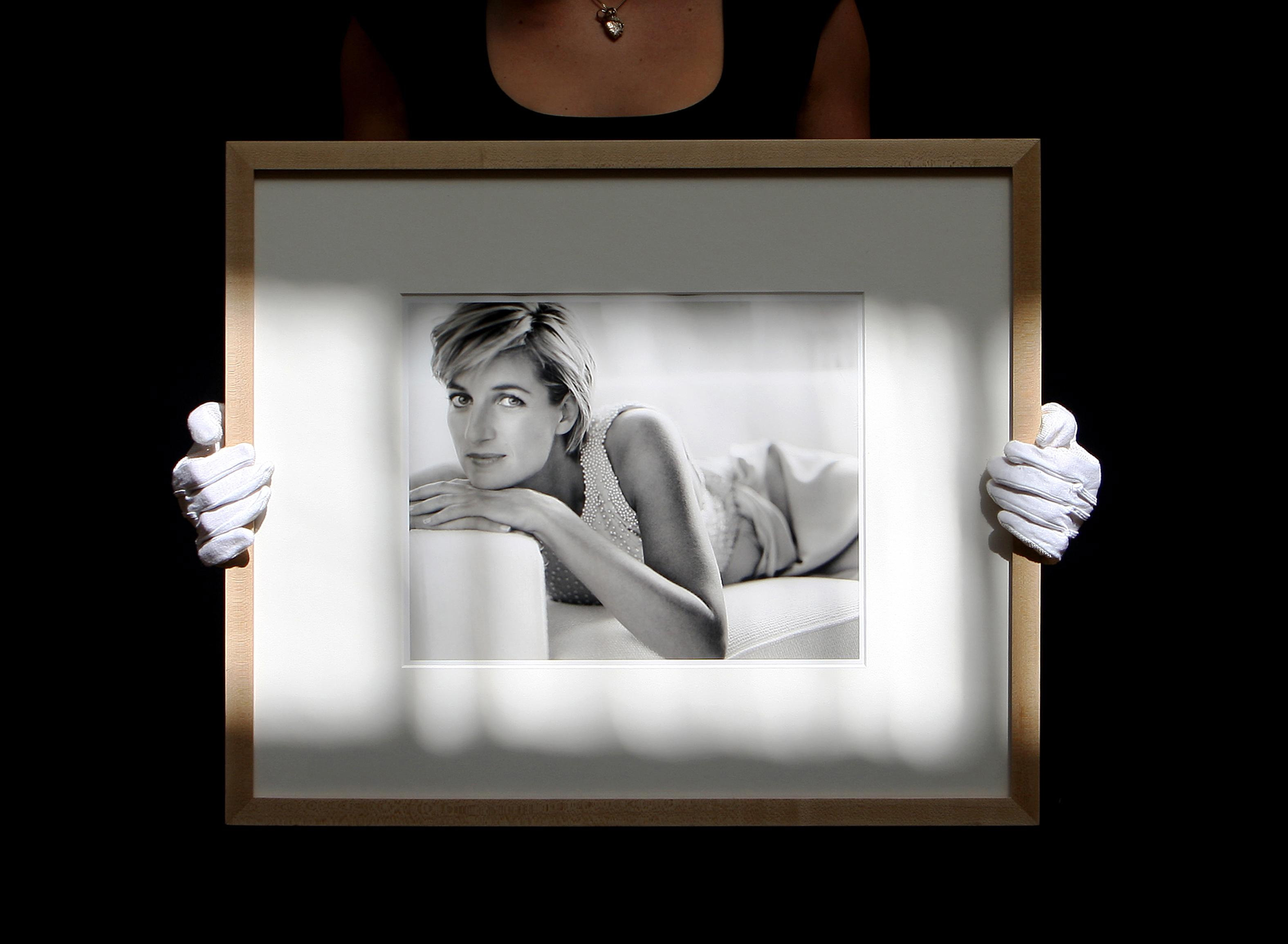 People’s Princess
Diana brought a more touchy-feely approach to the royal family.
Whereas the Queen and the rest of the Windsors were often perceived as remote and out of touch, Diana was seen as bridging the divide between the monarchy and the public.

Youngsters presenting posies would be hugged, with the tactile princess often happily embracing other well-wishers.
The post-divorce photo shoot

A Vanity Fair photo shoot in 1997 with celebrity photographer Mario Testino reinvented the princess style-wise and redefined her life post-divorce.

With newly cropped hair, the princess looked relaxed, happy and carefree, dressed in a variety of glamorous gowns. 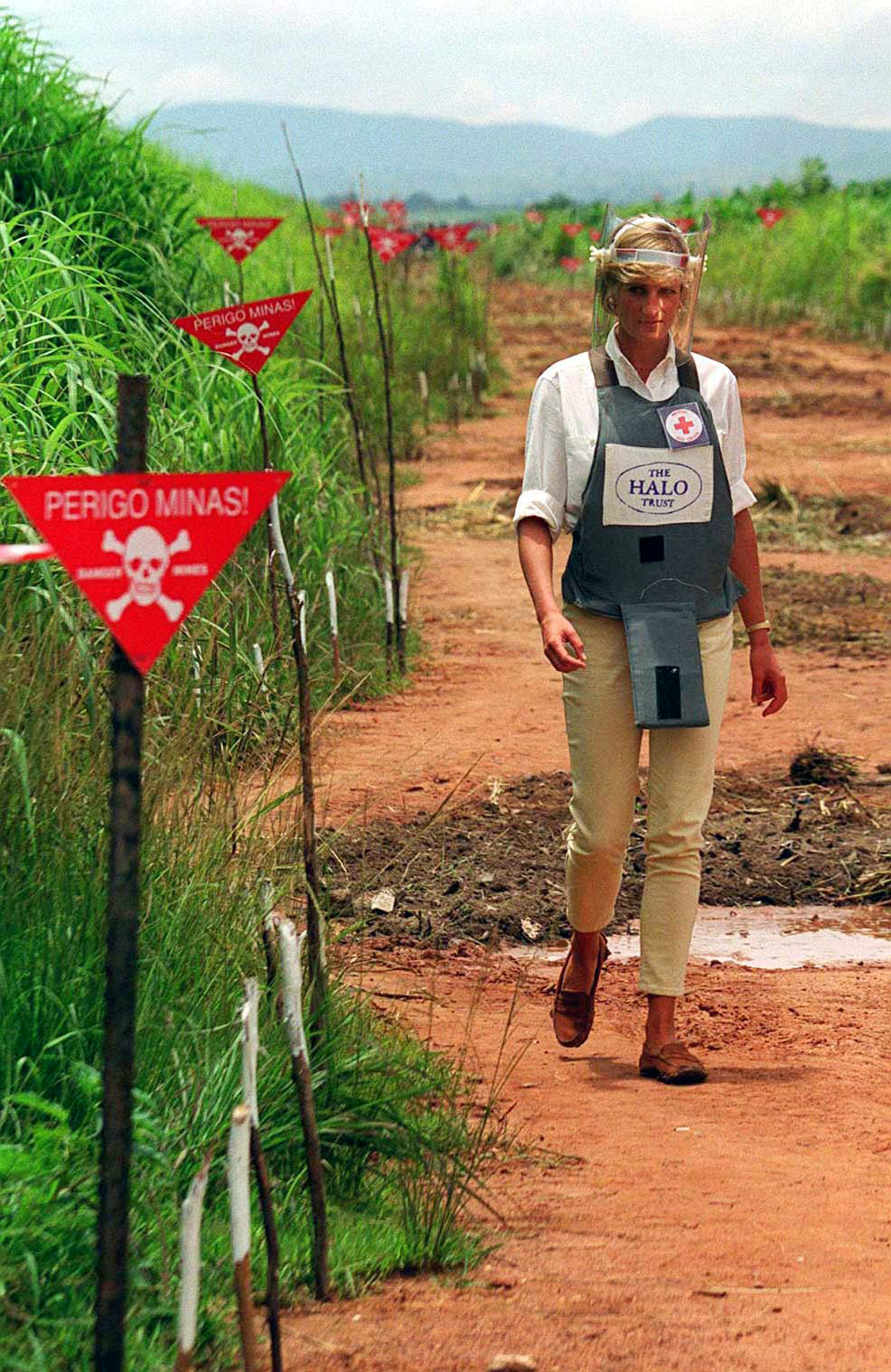 Landmines
In the wake of her divorce, Diana campaigned to outlaw landmines, walking through mine fields wearing a protective visor and vest in Angola, and travelling to Bosnia to meet victims of the weapons in 1997.

Diana never saw her work come to fruition as she died in a car crash just weeks after the Bosnia trip, before the international treaty to ban the military weapons was signed at the end of that year.

The Mercedes she was travelling in with her lover Dodi Fayed was being pursued by paparazzi after leaving the Ritz Hotel in Paris, when it crashed in the Pont de l’Alma tunnel, while being driven by chauffeur Henri Paul, who was drunk and driving too fast.

A sea of flowers was left at the gates of Diana’s home, Kensington Palace, by shocked members of the public and hundreds of thousands of mourners gathered in London on the day of the funeral.

A 15-year-old William and Harry, 12, walked behind their mother’s coffin as it proceeded through the streets on its way to Westminster Abbey.

Harry, now the Duke of Sussex, revealed in the run-up to the 20th anniversary how he came close to a breakdown after not speaking about the loss of his mother for many years.