A German Shepherd has recovered from major surgery in Manchester after eating three feet of tinsel.

Eight-year-old Benji was taken for X-rays by owner Olivia Mullen, an animal care assistant, which showed 80cm of tinsel inside the dog's stomach.

Ms Mullen, 24, said: "This is the first time he's ever done anything like this. He doesn't even go after shoes or toys, so it was a total surprise.

"The tree wasn't up yet and he had actually gone rooting through a box. I was working and my mum called me to say he had eaten some tinsel.

"I see poorly animals on a daily basis at work, but when it came to my own dog, I was an absolute mess ... I was so upset and worried, but I knew he was in the best possible hands." 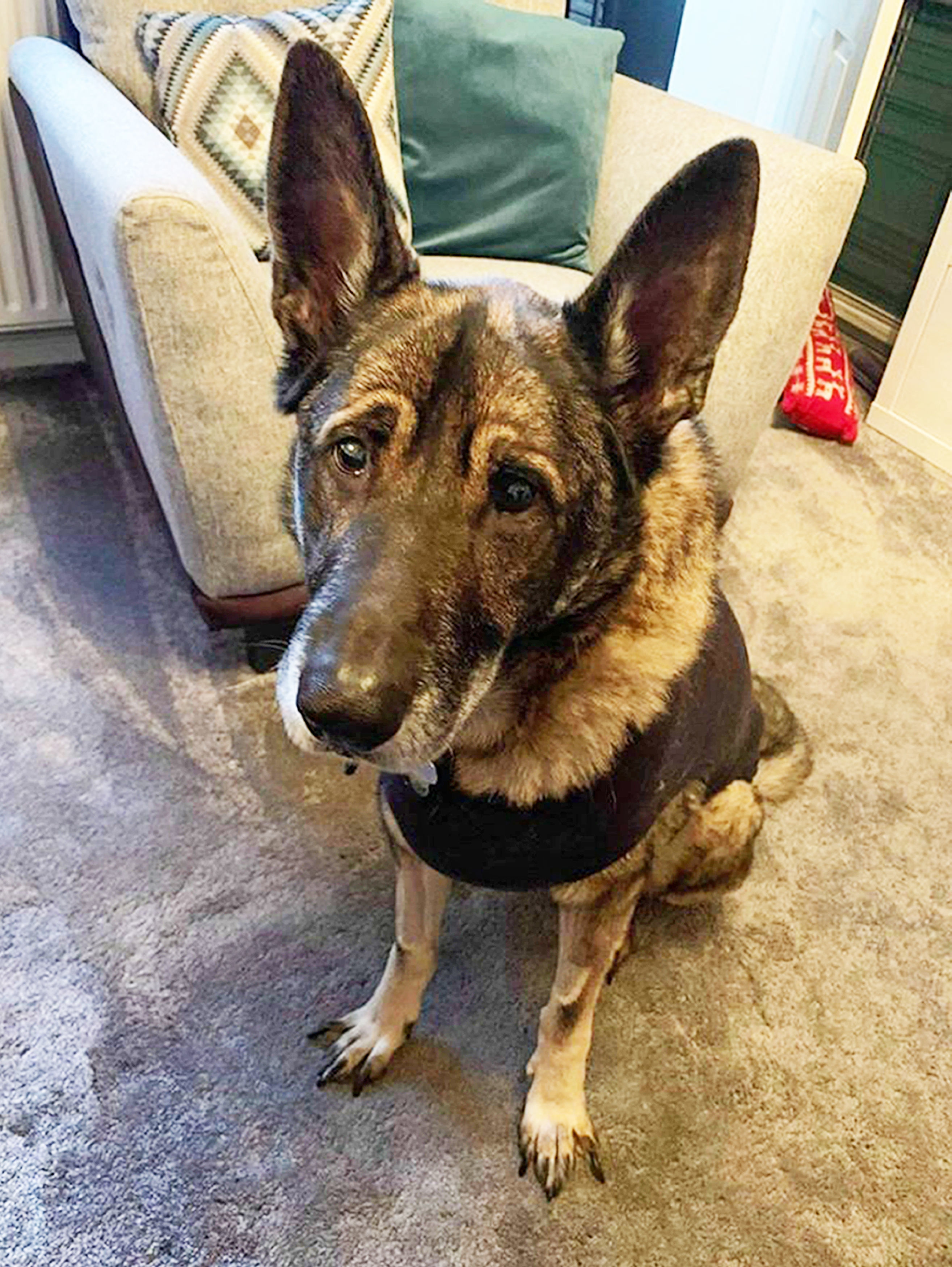 Benji's injuries are healing well and Ms Mullen was able to take him home.

David Owen, lead emergency vet at Vets Now's Manchester hospital, said: "Shiny tinsel can be very attractive to both dogs and cats but, like anything stringy, it's extremely dangerous if swallowed.

"In veterinary medicine, we call this a linear foreign body. If the tinsel anchors itself in the stomach, it can't then pass through the intestines and can slowly cut through the tissue like cheese wire.

"This can cause severe damage to the pet's intestinal tract.

"If you suspect your dog or cat has swallowed tinsel, or anything similar such as ribbon or thread, don't wait for signs or symptoms to appear before you act."

Vets Now claims it will see a 70% rise in cases around Christmas and New Year.