Duke of Wellington monument to reopen after £3m restoration

A memorial to the first Duke of Wellington is to open to the public once more after a multimillion-pound restoration project. 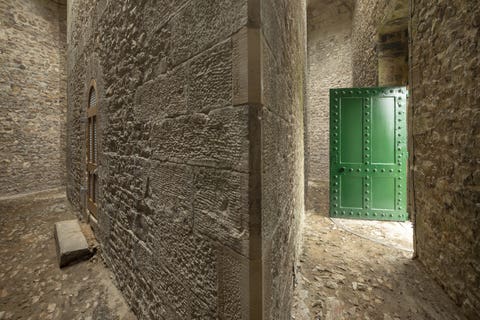 The project cost £3.1 million and took almost two years to complete, with builders working through lockdown.

The monument, which was built near the town of Wellington, commemorates the duke following his victory at the Battle of Waterloo in 1815.

The tallest three-sided obelisk in the world, it has had a complicated history from the outset, with funding shortfalls and associated structural problems – and has been struck by lightning twice.

As early as 1890, the local press described it as “dilapidated”.

The latest upgrade is the first major restoration to tackle all those problems and the National Trust believes the monument is now possibly in better condition than when it was first completed.

The Grade II-listed monument had been added to Historic England’s heritage at-risk register, but following the repairs it is expected to be removed at its next update.

Since taking ownership of the monument in 1934, the National Trust has carried out maintenance and repairs but the legacy of early building difficulties, the exposed position and the failure of previous repairs meant a major restoration project and fundraising was needed to secure its future. 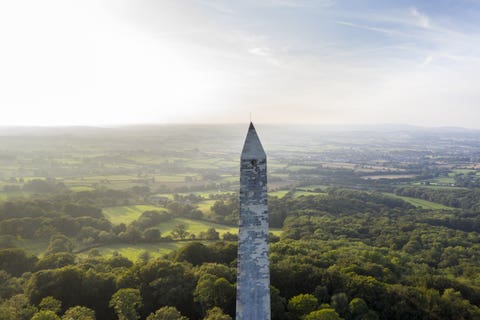 The National Trust said the repairs would not have been possible without the massive support of the local community in and around the nearby town of Wellington – after which the duke had taken his name.

Helen Sharp, the National Trust’s project manager, said: “This has been a huge undertaking and to see it completed is a special day for us and the people of Wellington.

“A glance at the monument shows the extent of 1,508 new stones which have had to be added, all of which had to be hand-tooled by qualified masons.

“The pyramidion, the triangular section at the top, had to be almost completely replaced, with only the original capstone remaining.

“The new design reduced the number of joints by using larger stones in a special design to prevent water ingress.

“Wellington’s own memorial to the Duke of Wellington and his victory at the Battle of Waterloo is a significant place for so many from the local community.

“It is a place where people walk regularly with their dogs, come for family picnics and where they remember personal events – we’ve heard tales of first kisses and engagements here which make it important in many hearts.

“The local community have really rallied round to help us with the fundraising that will ensure this striking landmark remains a feature of the Somerset landscape.

“We’d like to thank all the supporters and donors who helped to make the future of the monument much more secure.”