Eagles open their Challenge II campaign this afternoon against Luxembourg

The Eurohockey Challenge II tournament takes its starting orders this afternoon with the first three matches which will see Eagles take on Luxembourg later this afternoon.
The tournament which sees teams from Croatia, Luxembourg, Portugal, Sweden, Slovenia and Lithuania play it out across two pool groups starts at 13.15 this Thursday with Clubs from Sweden and Lithuania taking to the field.
Eagles will be looking to claim a spot in Sunday’s crossovers which would see Gibraltar clubs promoted.
Eagles completed their preparations yesterday with the final team training sessions. All visiting clubs except the team from Croatia were also able to Complete their preparations. The late arrival of the Croatian side seeing them train this morning. 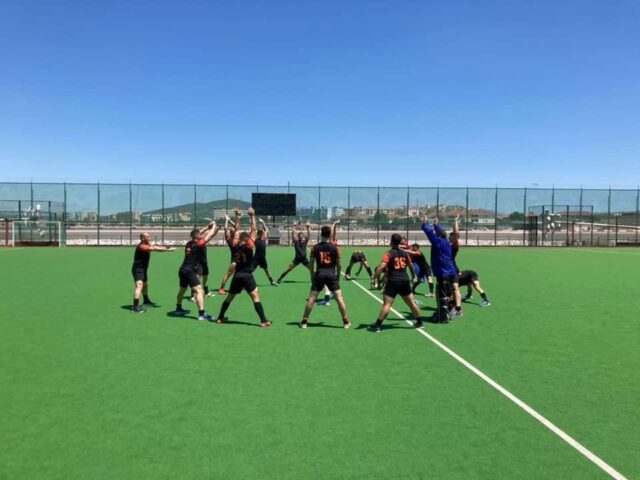 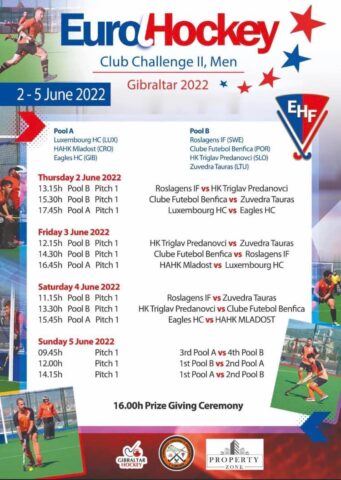