Edinburgh is a city renewing itself – go for the views, stay for the cocktails

Where Edinburgh’s Waverley Station stands, and where seagulls and teenagers vie for chips in the long strip of Princes Street Gardens, there once was water.

Well, not just water. Called the Nor Loch, the artificial lake was carved out of the earth beneath Castle Rock in 1460. It was a show of strength and defence, but it also ended up being a roiling maelstrom of human waste. The stench must have been unfathomable. 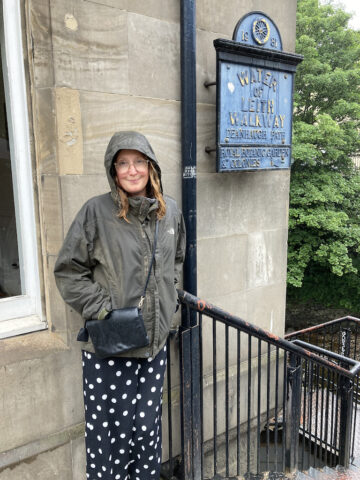 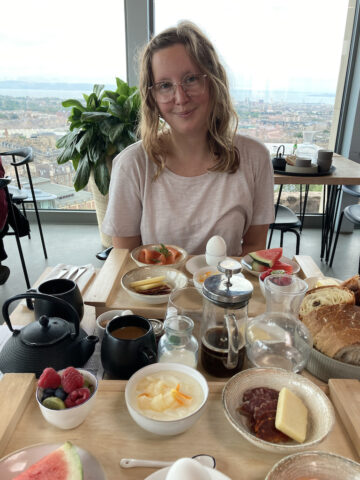 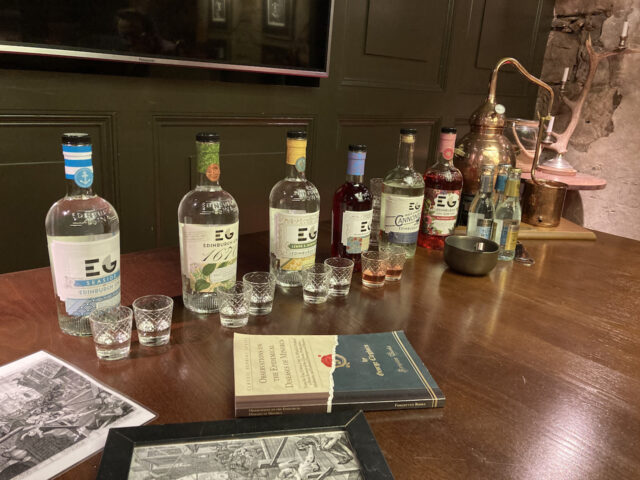 That rather dank medieval period of history is over, but its sticky handprints are still found across the Scottish capital – and on our first city break since the Covid pandemic again, it feels a little like we’re emerging from a period of bewildering murkiness ourselves. Just taking the train there after work is ridiculously exciting.

Edinburgh certainly feels like it’s starting to shrug off the last 18 months too. The jagged Scott Monument once again swirls with tourists, and the castle looms spectacularly, as if to say, ‘I’ve been waiting for you.’

The giddiness of being somewhere new propels us up Calton Hill. Shimmering grey, Edinburgh’s Old and New Towns unravel below, while the Acropolis-like pillars of the National Monument compete with the fuzzy green crags of Arthur’s Seat.

At brunch spot The Lookout (thelookoutedinburgh.co), the view is as good whether you look up or out. The restored observatory cantilevers out over the hill and has panoramic views that almost distract us entirely from the Breakfast Tray. We eat ours – fresh raspberries, smoked salmon, cured meats, sourdough pastries, daintily arranged in delicate bowls that feel very Japanese – as our eyes dance towards the interior ceiling; a towering wooden skylight.

Philip at Edinburgh Gin (edinburghgin.com) wonders if the raspberries were from Perthshire – “the best raspberries in the world” – which are also used in the distillery’s Raspberry Gin and Raspberry Gin Liqueur. He takes us through a tasting (“Don’t just say, ‘I can taste the juniper’ – they all have juniper in, and you’ll sound like an idiot,” he says with a grin), tests us on the flavours of Italian versus North Macedonian juniper (Macedonian is sweeter) and explains that tasting gin first thing in the morning is actually very wise, as that’s when your palate is clean and fresh.

He introduces us to their curvy copper stills, Flora and Caledonia, and dismantles the idea that Scotland is solely the land of whisky; there’s a legacy of gin here too – in fact, it’s argued to be home of the gin and tonic (thank Edinburgh-born physician George Cleghorn). We sip ours and hear how craft distilling became legal in 2009, sparking an explosion in independent gin brands. Edinburgh Gin launched their classic in 2010, but it’s their Edinburgh Gin 1670, which started with a “Tesco bag of suspicious looking herbs” from the Royal Botanic Garden Edinburgh, that clings to my taste buds.

Shaking off the gin haze and heading into the rain, we dart in and out of Stowbridge’s many well stocked second-hand bookshops and charity shops. The district’s beautifully curated Oxfam bookshop sees me fritter away enough money that an Anthony Gormley bronze man (from series, 6 Times) silently judges me from the centre of the Water of Leith’s stony riverbed, as I hand over the now soaked, book-stuffed rucksack to my boyfriend.

We leave the bronze man to his ruminating and pass spatters of bright pink wildflowers and walk towards what was the centre of milling in Edinburgh. It feels a little lifeless in the mizzle, with no grinding of millstones, although they do still exist, stationary, moss-encrusted monuments, signs of a time gone by. 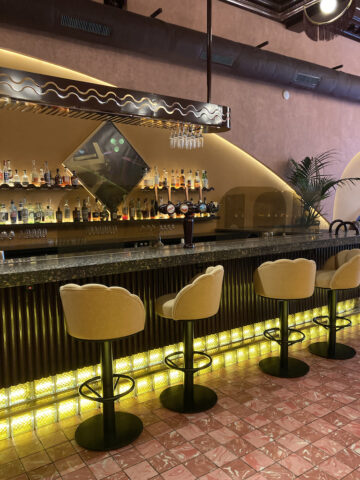 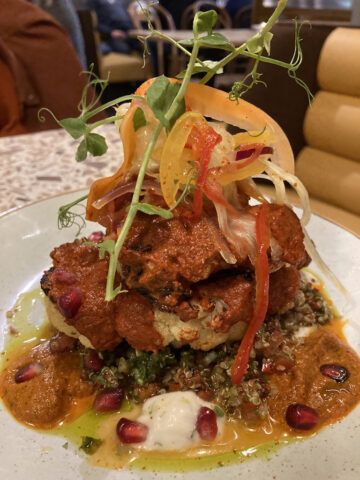 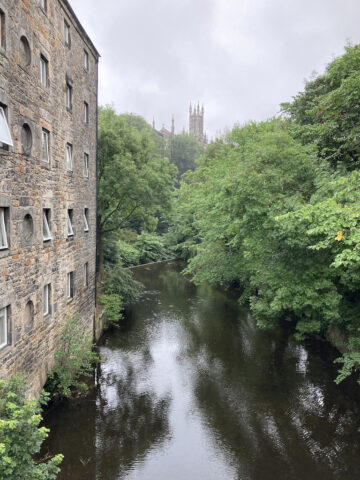 Not that Edinburgh now goes without decent bread. The focaccia at newly opened Rico’s (ricosristorante.co.uk) could soak up a bottle of olive oil easily. We sit in a throne-like booth and copy the couple on the other side of the room who are knocking back pale pink sherbety cocktails with whole lychees swimming in their depths, alongside a custardy lemon tart that wobbles voluptuously.

Wherever we go though, the spectre of Covid hovers. The restaurants may be buzzy, but deja vu stalks us round The Real Mary King’s Close experience (realmarykingsclose.com). A social history tour, you are plunged below the surface of Edinburgh’s Old Town and into a preserved relic of a street that dates to the 1600s and witnessed a plague outbreak peaking in 1645 – it’s like going through a trap door from present to past. The close and its original narrow tenements have effectively been buried, and were used as the foundations for the Royal Exchange.

The close’s many former inhabitants and their stories are preserved in limestone walls made out of crushed oyster shells, bound with horsehair and daubed in places with arsenic-laced paint. Our guide Adam – in full historical garb, aside from spritz bottles of antibac – leads us through the warren-like morass. It’s difficult to work out what floor you’re on and what the view might have looked like when the sky wasn’t paved over. The dankness of medieval life Adam conveys gruesomely though: the smell, the livestock jostling for space, the human waste that would have run down the gutter where the market was held.

And then – after much sanitising of handrails – he takes us into a room dominated by the figure of Dr George Rae, Edinburgh’s official bubonic plague doctor. Adam talks of quarantine and masks, and we all stand around, looking at each other over the top of our own, trying not to laugh grimly at how things have come round again on a carousel of disaster. Interestingly though, the long hooked hollow nose of the plague doctor’s mask was stuffed with flowers back then, to dampen the stench of the sick and dying.

The echoes of it all are unnerving, and yet oddly comforting. We are part of a human pattern, a cycle and strand of life that overcomes. We build streets, homes, communities, that despite devastating plagues and pandemics, live on somehow – even in a street made subterranean by progress. And at least we have proper sanitation.

We emerge back into the street and rip our masks off to blink into the golden hour of a present-day Saturday night. Dinner at Superico (superico.com) obliterates the strange but educational hangover we feel after exiting Mary King’s Close. We eat roasted cauliflower dredged through a spicy, moreish adobo sauce, and shards of sea bass on romesco with frazzled spears of asparagus and leek. Then an ‘out-out’ feeling I haven’t felt since pre-March 2020 is upon us and we head to the restaurant’s sister bar for tart green apple cocktails and to envy its scalloped yellow bar stools. Everything feels new again.

Ella travelled from London to Edinburgh by train on LNER. Prices vary. Visit lner.co.uk.
Find out more about Forever Edinburgh, the official guide to the capital, at edinburgh.org.