Over £4,000 was raised for veteran support charity ‘Waterloo Uncovered’ when ten runners completed a 12-hour endurance relay up the Rock.

Member of the military who have benefited from the charity, Ben Mead, as well as a serving member RAF pilot Luke Jules and a trustee of the charity, Staff Sergeant Lorraine Money, where some of the runners who took part in the event.

Starting at precisely 6am the first team comprising of Mr Jules and locally based runner Peter Bering set off with determination from the Pillars of Hercules towards their destination, O’Hara’s Battery.

Once they reached the top, they ‘tagged in’ the next team of Ms Money and local businessman Andy Hunter who rapidly made their way down. 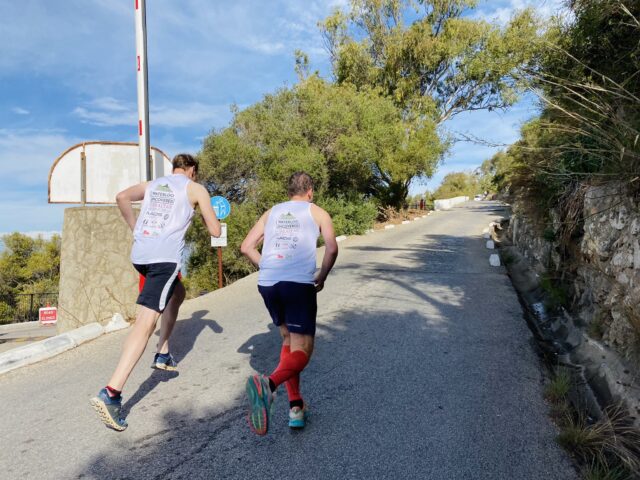 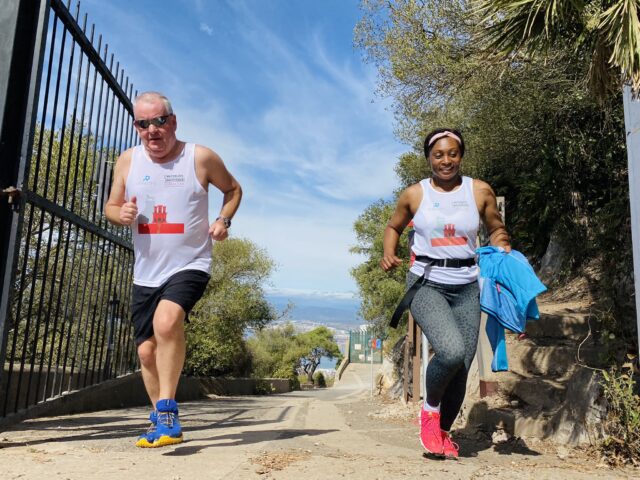 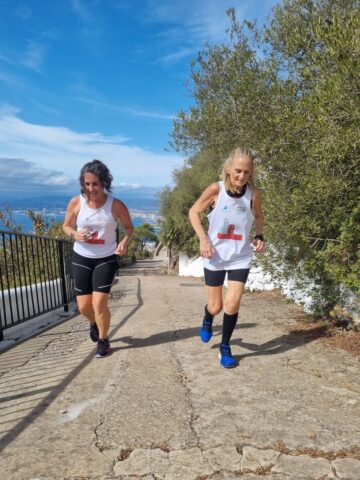 Each runner completed on average 18km each and 1000m in elevation. 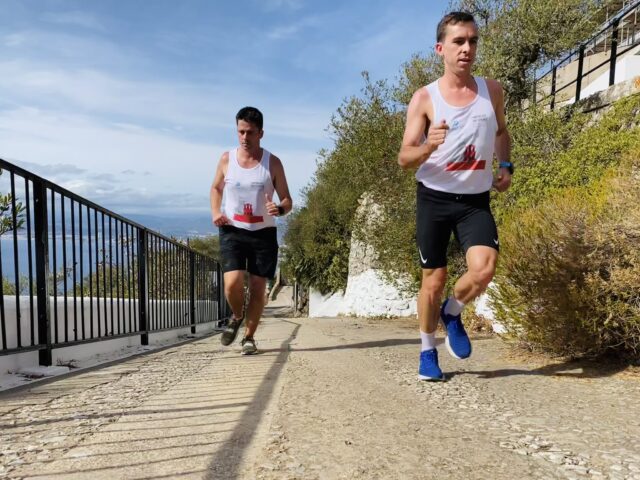 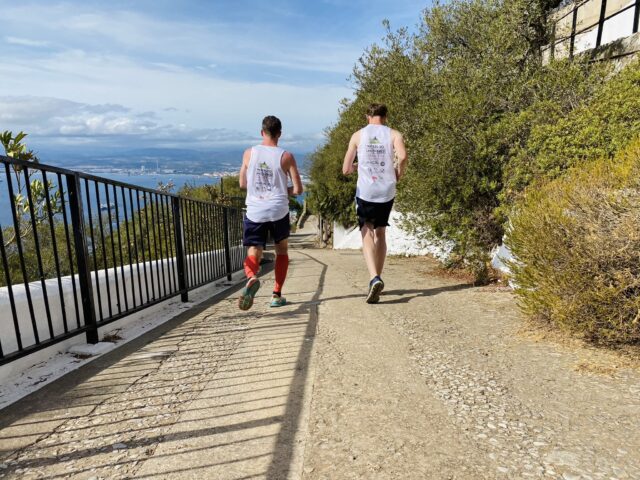 The teams were supported by Jany Blatcher, who also took part in some lengths of the relay. The parents and godparents of Mr Mead who had come out to support him also completed at least one leg. 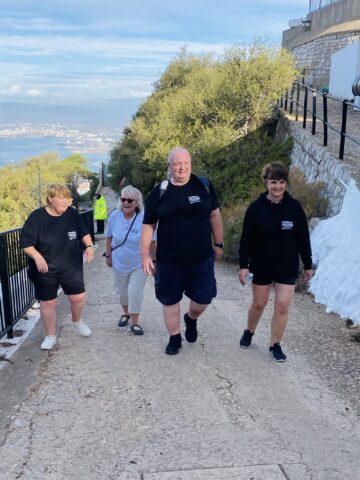 REME and Royal Signals veteran Mr Mead, who was previously stationed in Gibraltar and has completed tours of the former Yugoslavia, Afghanistan, and Iraq was badly injured in a helicopter crash when on duty.

His injuries were not just physical but also mental and he suffered from extreme PTSD. He credits not just his family and loved ones with this recovery but Waterloo Uncovered and it is because of this he came up with the idea of the Rock relay and has seen it come to fruition.

Mr Mead said the event was fantastic and was better than anticipated.

“We were afraid of the timing timings on the run not working out and the weather too, but generally, after two years of planning it pretty much went to plan,” he said.

As he spoke to the Chronicle on Monday morning he said the event was a success and as a result he has been “buzzing” ever since.

“All of it was a highlight I’m still buzzing now. Everyone's still buzzing. And now started to plan for next year,” he said. 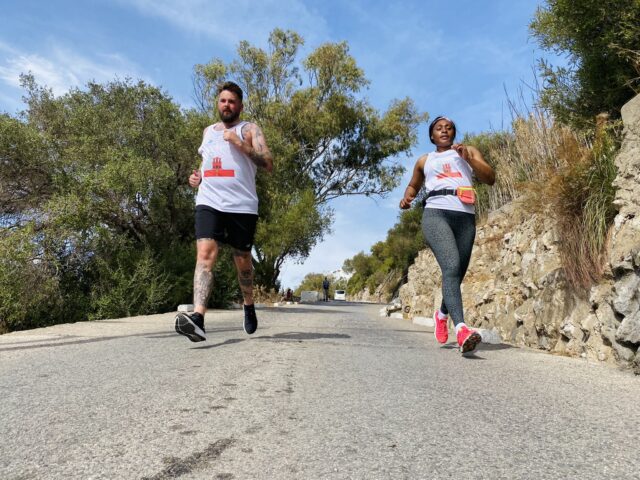 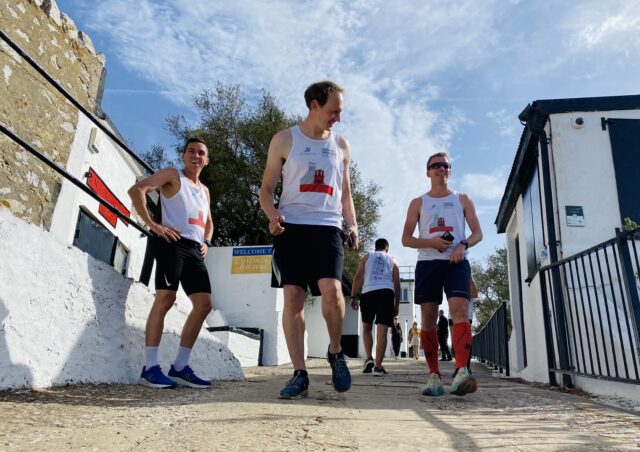 Careful not to divulge too much information given it is still very much in the embryonic stages of planning Mr Mead did say next year would be a different route.

“It's going to be the same sort of outline. But it will be on the 20th not the 21st because the Navy want to get involved. And, we have been invited to the Trafalgar cemetery service on the 21st.”

“For now, it's a case of just building on what I've done already,” he said. 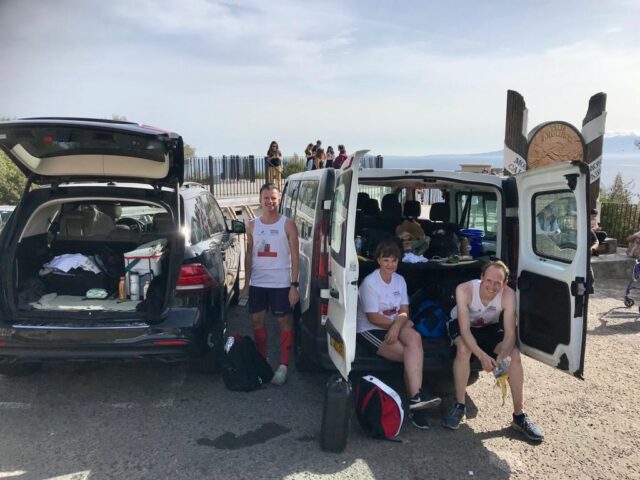 To ensure the ‘troops’ were ready for the off at 6am the Commander of British Forces, Commodore Tom Guy, complete with a large flask of coffee and mugs walked up the Rock to wish them well. The run took place on Trafalgar Day which meant that Commodore Guy had to go take part in official duties. 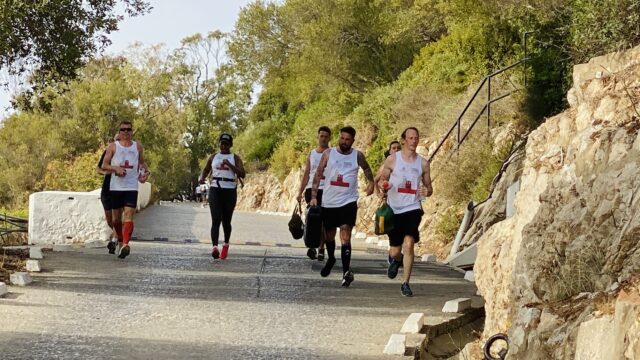 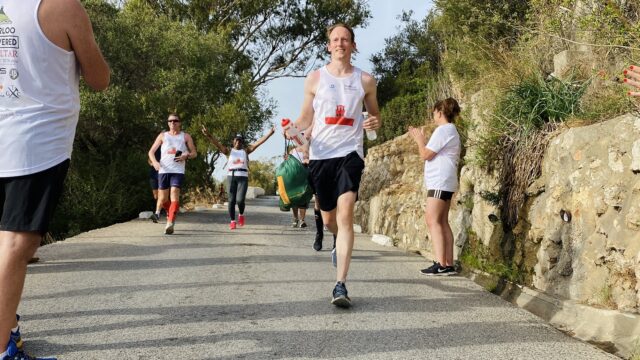 However, he returned later just in time to take part in the last part of the event where the runners up at O’Hara’s ran down with Jerry cans, camp beds and other pieces of equipment.

Throughout the day other local runners like Allison Edwards popped up to give their support or runners like Faye Morse and Lesley Jackson who accompanied the teams for part of the leg or a number of legs.

When the challenge was complete a minibus took the runners to the Convent where for the first time that day all ten runners plus Ms Blatcher ran together. 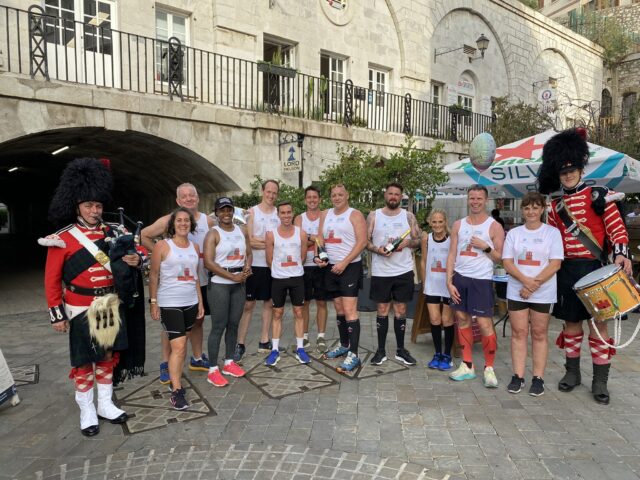 Running the length of Main Street and into Casemates they were greeted by two pipers from the Gibraltar re-enactment Association who piped them into the square and down towards Lord Nelson where supporters eagerly awaited them.

Here, thanks to Mr Hunter the runners refuelled with traditional English food and rehydrated with French champagne as Napoleon Bonaparte who was defeated at Waterloo said: “Champagne! In victory one deserves it, in defeat one needs it.”

This was a clear case of it being drunk ‘in victory’. 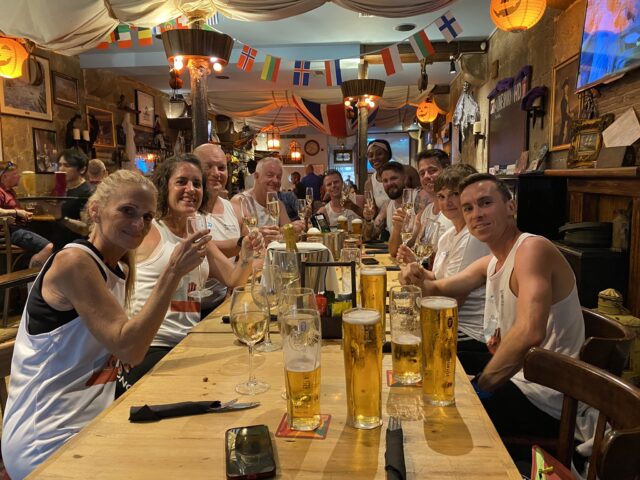 To support the cause visit to: https://www.justgiving.com/campaign/gibraltar 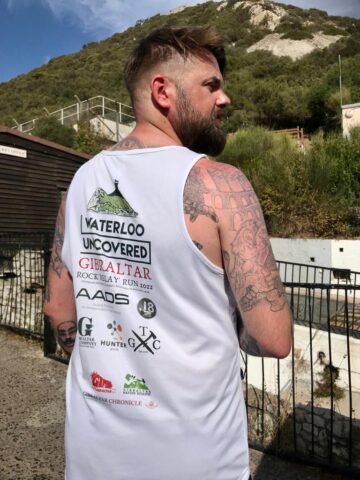