Harding’s Battery is once again receiving some essential maintenance to ensure it is kept in prime condition at the highly exposed Europa Point.

Undertaking the work once again, and for free, is Casais (Gibraltar) limited. The gun and carriage has been in situ since its inauguration on June 11, 2013 where planning supervisor Richard Labrador together with several dignitaries unveiled the new Harding’s Battery.

Together with Dylan Sheriff from the Department of Environment Mr Labrador is once again liaising with Casais with respect to the gun’s maintenance. 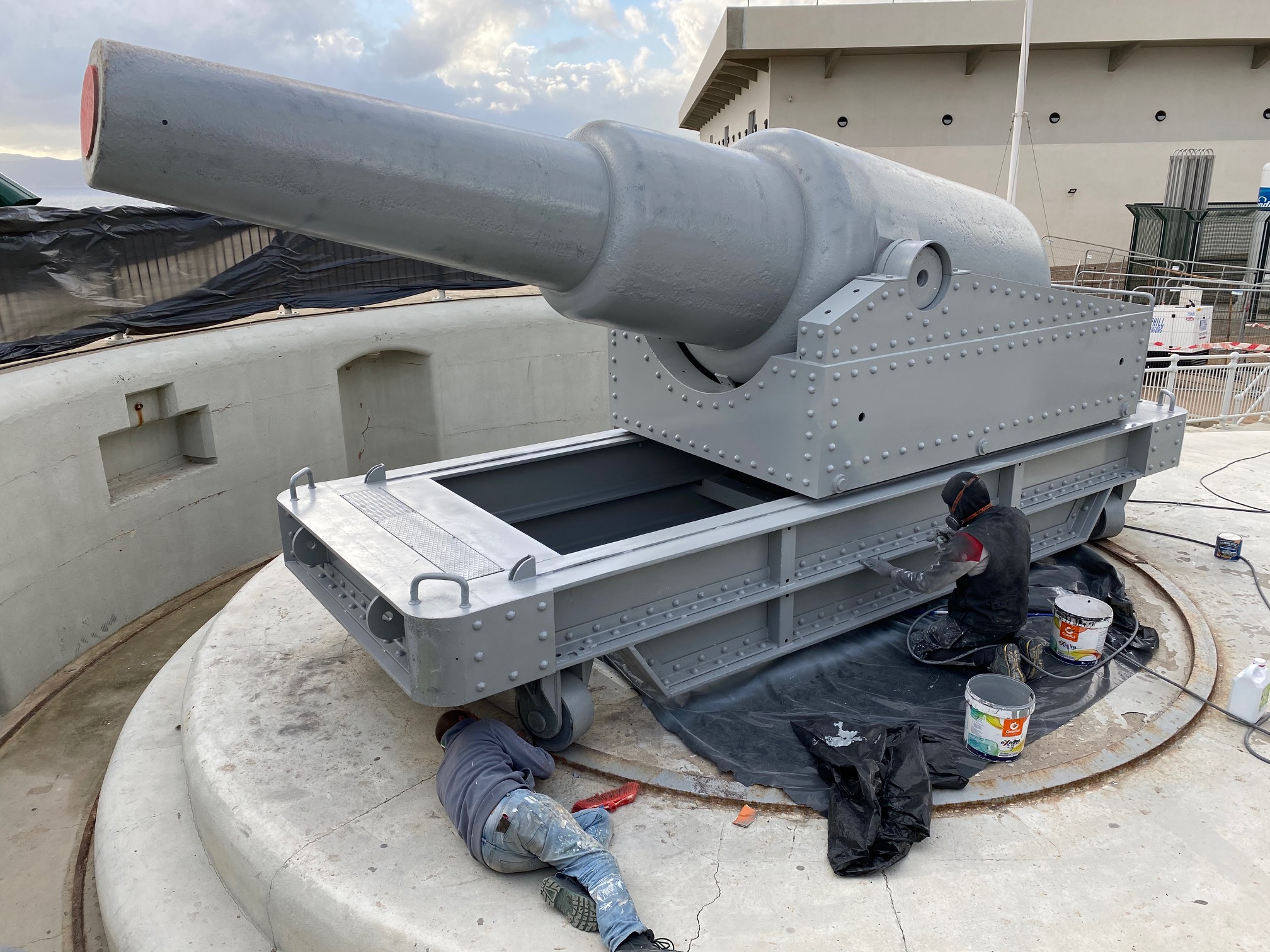 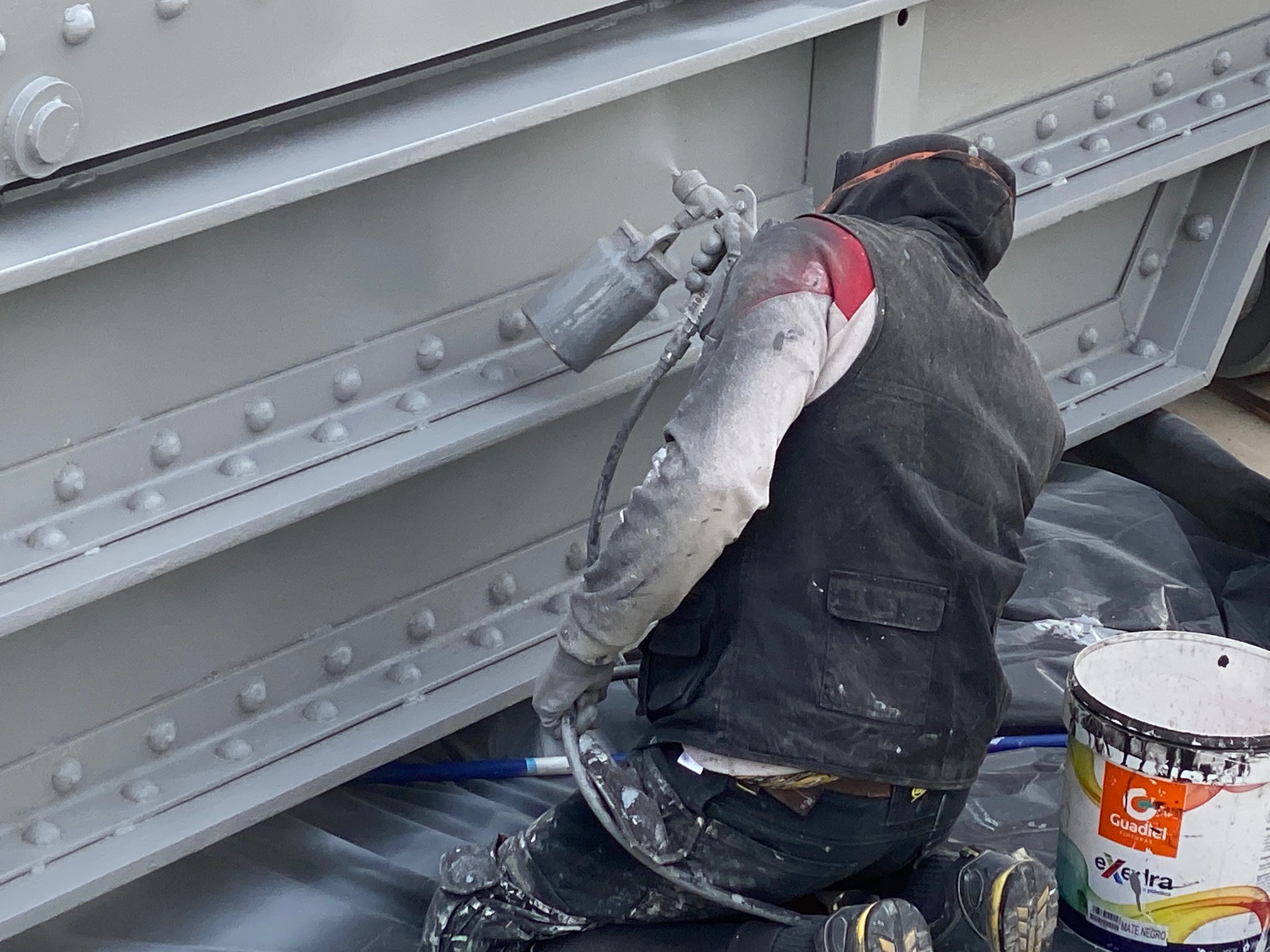 Works started last month on the removal of paint and rust that had started to form on the gun and its carriage.

In addition, Casais are also repairing the wall around the gun.

“They are painting that this week, after all the increment weather we have had recently, so once it has dried out they will paint it,” said Mr Sheriff.

“So far they have done the primer on the gun and carriage and painted it so that has been completed.” 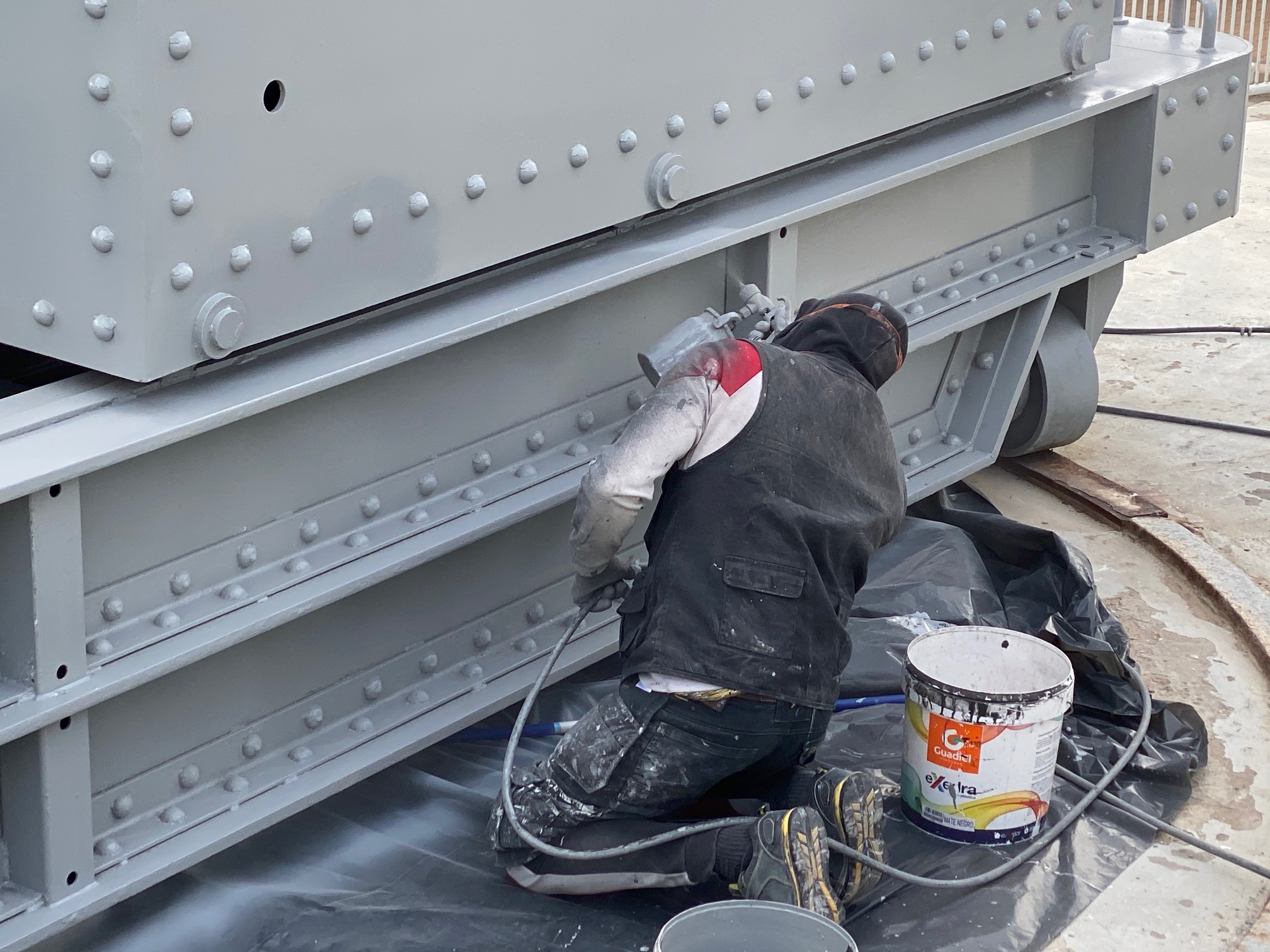 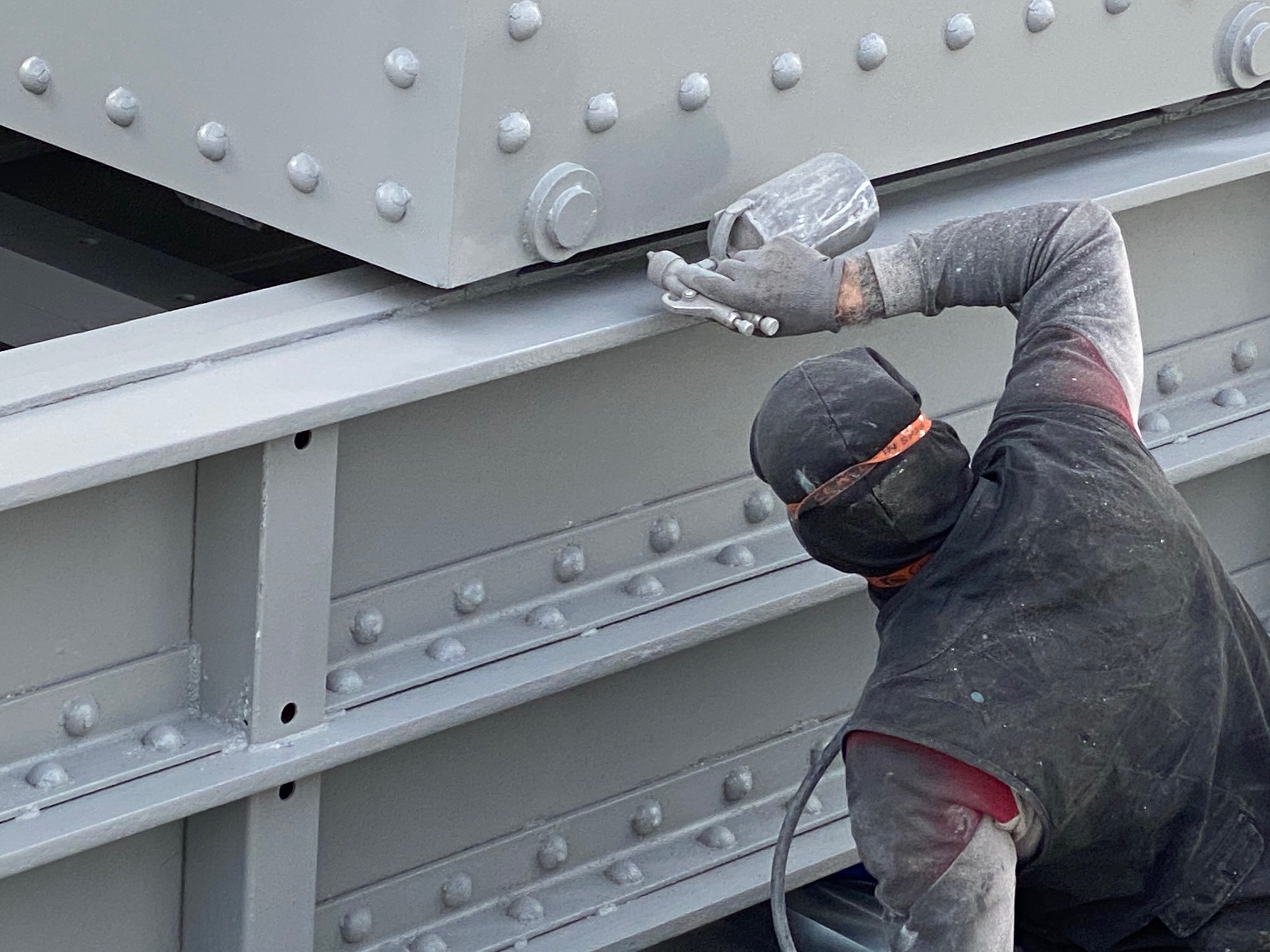 It was Mr Labrador who contacted Mr Sheriff to give him a heads up on the condition of the gun and the offer that Casais presented to do the work for free.

“Every few year due to the weather and the sea spray you have to undertake maintenance to keep it nice,” said Mr Sheriff.

“It has taken the workers about four weeks to do the entire job so that means four weeks of labour plus materials. So it is a lot of money.”

“We really appreciate the help of Casais because without them this would not happen and it is a mammoth task so we are really grateful for their assistance and we are looking forward to the end result of the refurbishment.

He also noted that a new flag pole was installed earlier this year and there is now a flag flying every day. 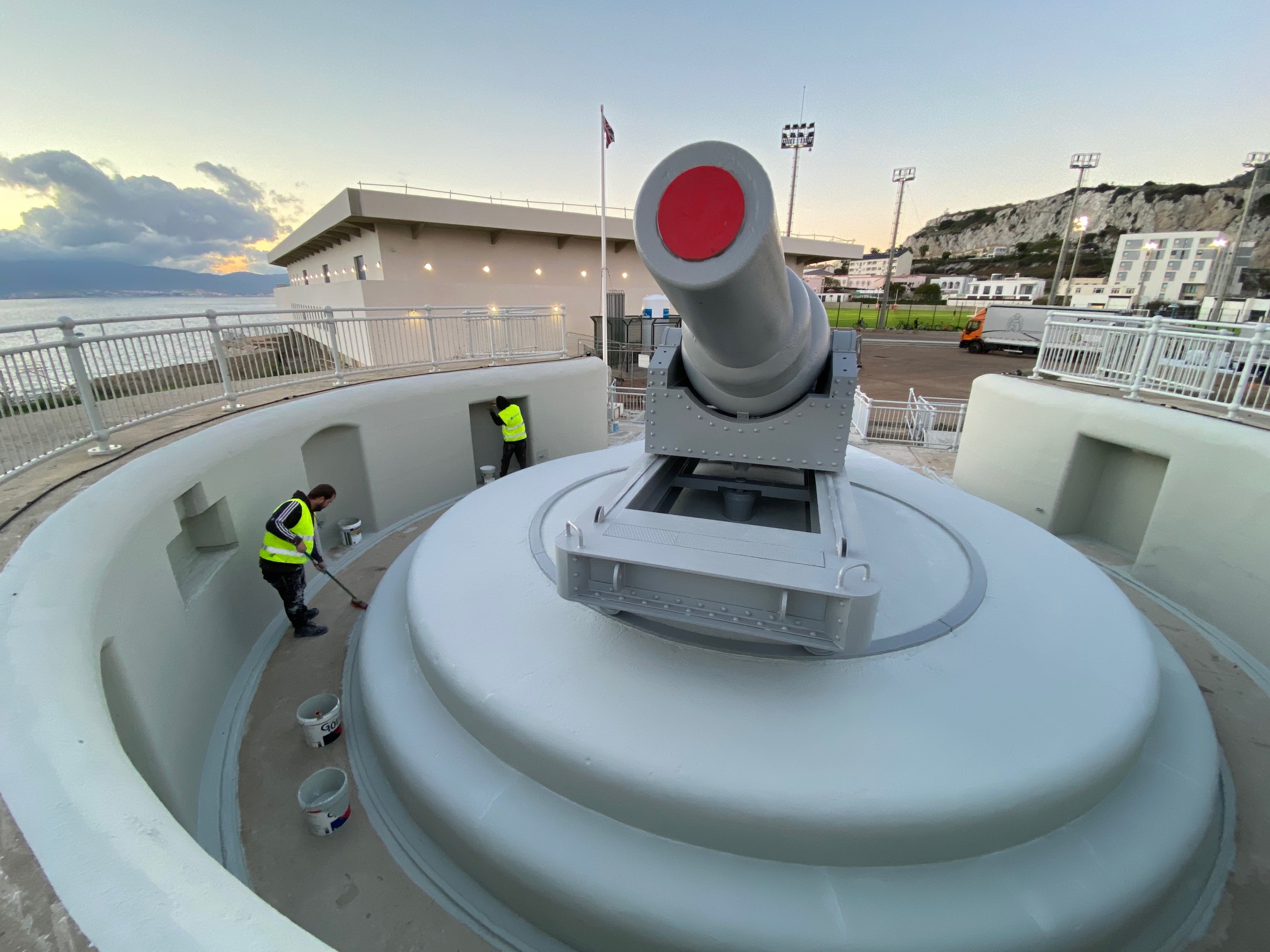 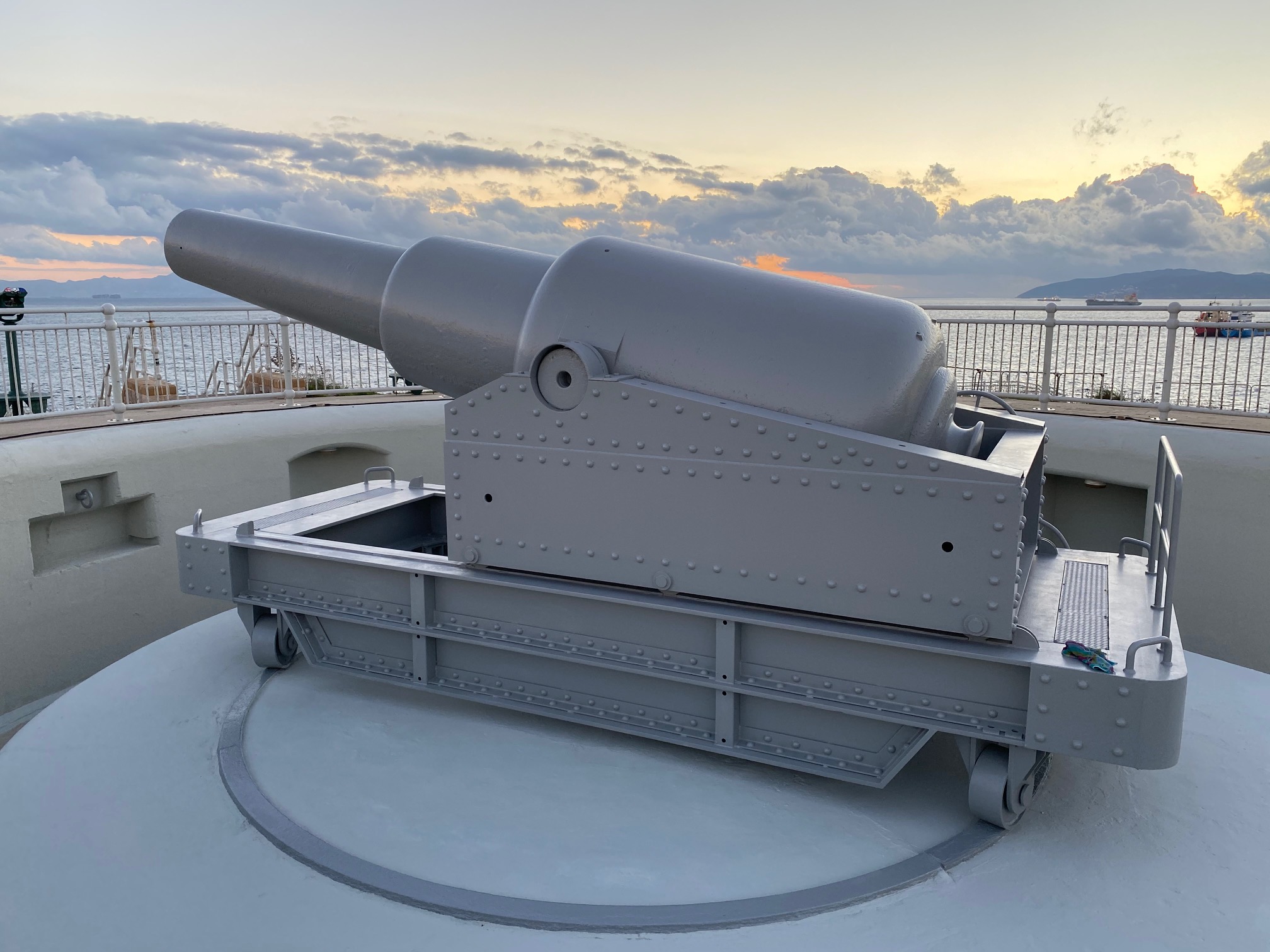 This is not the first time Casais has been involved with Harding’s Battery.

“Casais sponsored the whole thing [the original restoration of a gun in the area], the manufacturing of the carriage they sponsored that and the actual taking the barrel up there and putting it in position. They have been very good and every so many year they carry out maintenance for free,” said Mr Labrador.

“To be honest I never expected the sort of maintenance they are carrying out this time round where they have removed the paint from both the carriage and the barrel completely and they started afresh. I was never expecting that amount of work.”

Mr Labrador explained that Casais actually designed the carriage themselves. He provided them with photographs and sketches of what the original carriage looked like and they then produced a very detailed drawing of what the carriage should look like. “frankly that was excellent, the level of expertise that they showed was really good,” said Mr Labrador.

“When the carriage eventually turned up everybody was very impressed. All the critics that I was concerned might come out with their reasons why it was not what it should be but every body was happy. The level of reproduction is really excellent.”

Mr Labrador recalled that when the project for the lighthouse that he was planning supervisor on was over one of the things they looked at was the area of Harding’s Battery was a mountain of earth. It was decided to remove the earth and see what laid underneath.

When they did so they found the actual Battery to be intact.

He also recalled about the positioning of the gun.

“Putting it into position was a huge task and one really wonders that in this day in age it was really hard work, it took a whole day to put the gun in position. How did they manage to take the guns up to the top of the Rock however many years ago it was.”