Europa gathered their first win of the season against a Manchester 62 side that provided little proof that they had the biting edge which would see them compete at the top half of the table.
With Olivero unavailable due to illness it was a changed back four for Europa who saw Andrew Hernandez making a start against Manchester 62.
Surprisingly Manchester 62 played with Jayden Parody who had been announced as one of the members of the Gibraltar Futsal squad who would play against Sweden this Monday. Parody playing a key role for Manchester 62 until the 73rd minute when he was substituted.
In what was a tentative start for both clubs playing tight compact formations through the middle.
Europa had the first attempt at goal. Gibson sending the ball wide over the goal after Borge had spread his pass well across field to open space for him.
Manchester 62’s defence was tested again on the twelfth minute with a Becerra corner hanging across goal with Borge unlucky not to get any contact to the ball as it grazed past the back post.
Borge had another chance to grab his first goal just two minutes later when Manchester keeper Maiden made a mistake and mistimed his jump leaving him a free header to goal. Unfortunately the young forward had not expected to claim the header and saw his chance cleared off the line as it lacked any real power.
Manchester 62 found themselves penned back with Rivera, Badr and Becerra all having their chances.
It was however, Borge, with what was a soft shot deflected off the ankles of a defender that claimed the first goal.
Ribera was to add the second just four minutes later turning on the defence and sending a low drive past Maiden.
Manchester 62 except for Kenneth Chipolina and Ethan Santos long throw-ins found it hard to find a way into Europa’s penalty area. Their best chance coming on the 42nd minute when Ohara was put through by Chipolina’s lobbed through ball but saw his own lobbed ball over the keeper bounce across goal and end in a goal kick.
The second half saw Europa continue with their momentum, Becerra and Borge combining well on a number of occasions to put Maidens goal under threat.
The match was to see the first time in many years in which both Anthony and Andrew Hernandez played on the same side as Hernandez entered the field in the latter savaged of the match.
Europa controlling possession did not give away many chances for Manchester 62 to find the next. Lubango scoring Manchester’s first goal of the season on the eight-fifth minute but with Europa already having opened up a 3-0 lead by then. Gibson smashing in Europa’s third after Ribera laid a ball into his path on the 69th minute.
Ndiaye was to add the fourth to Europa’s tally on his debut having come on late in the game replacing Borge. The Senegal player scoring on the 90th minute as Manchester 62 faced four minutes of injury time.
Europa claimed a 4-1 victory their first win of the season after having drawn their first match against Bruno Magpies last week.
For Manchester 62 the initial prospects this season seem bleak with their first four matches seeing them play the four top teams of the league, their next match against Bruno Magpies and then facing St Joseph. Having already lost against Lincoln Red Imps and Europa Manchester 62 will be looking for some positive result from their next two encounters or face the prospect of battling from the bottom end of the table. 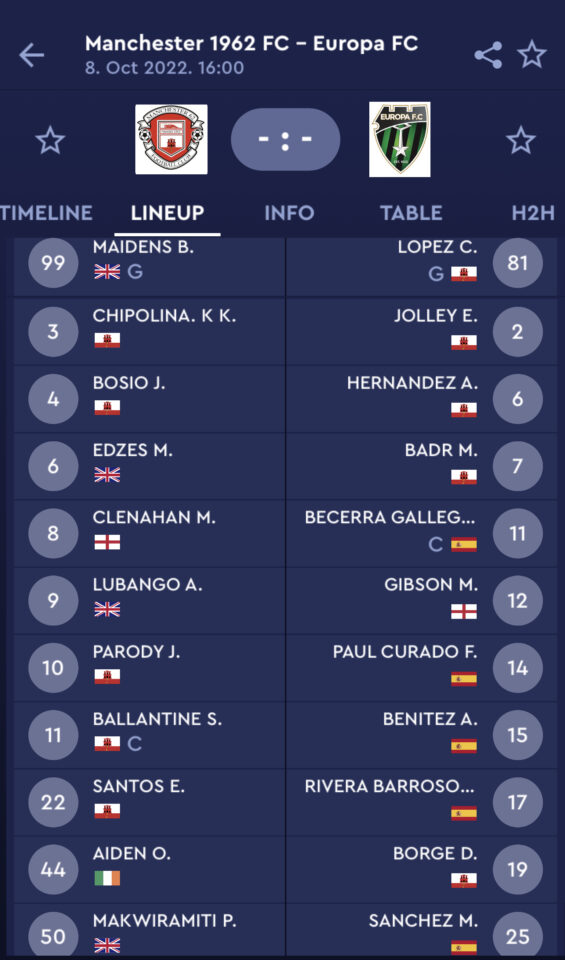 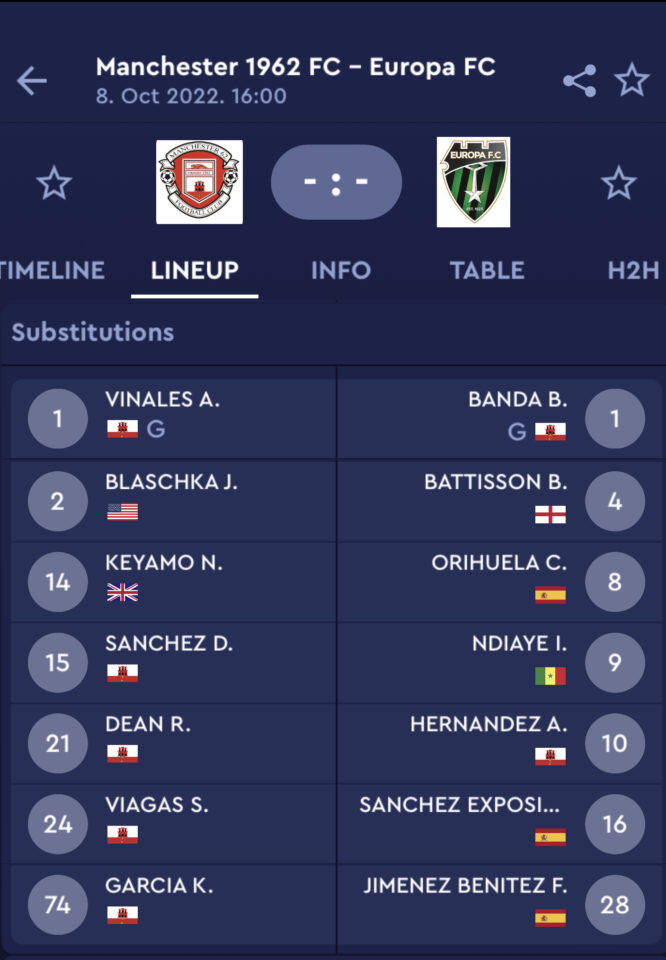