Goals from Eva Silva and Gabriella Garcia secured Europa ladies hockey with an unbeaten run which ensures they lift the 9-a-side cup with still one match to play.
Europa faced their biggest challenge this weekend when they took on Bavaria Pink, the only team left which could challenge their bid for the trophy.
A 2-1 victory secured Europa’s bid goes unchallenged as they next face Eagles ladies this Tuesday, a match postponed last weekend due to Eagles players being placed on isolation due to positive cases of Covid-19 among their team.
Eagles were to add a further feather to Europa’s cap after they held Bavaria Pink to a 1-1 draw this Sunday and winning the match on the penalty strokes after the official extra time had finished. This ultimately leaving Europa well clear at the top.
In other matches Bavaria Hawks (Blue) won their first game of the season 4-2 beating Titans, with goals coming via Chrissie Caetano and an Abi Bellingham hat-trick. 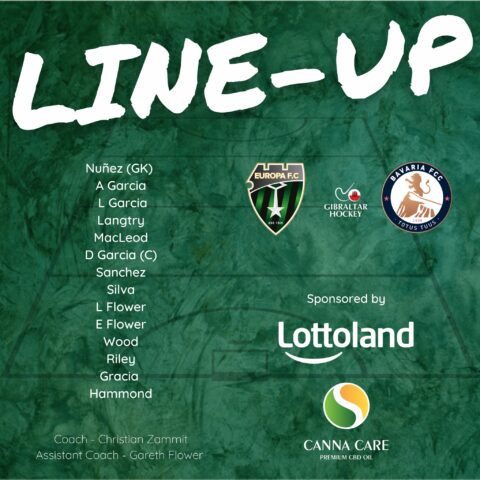