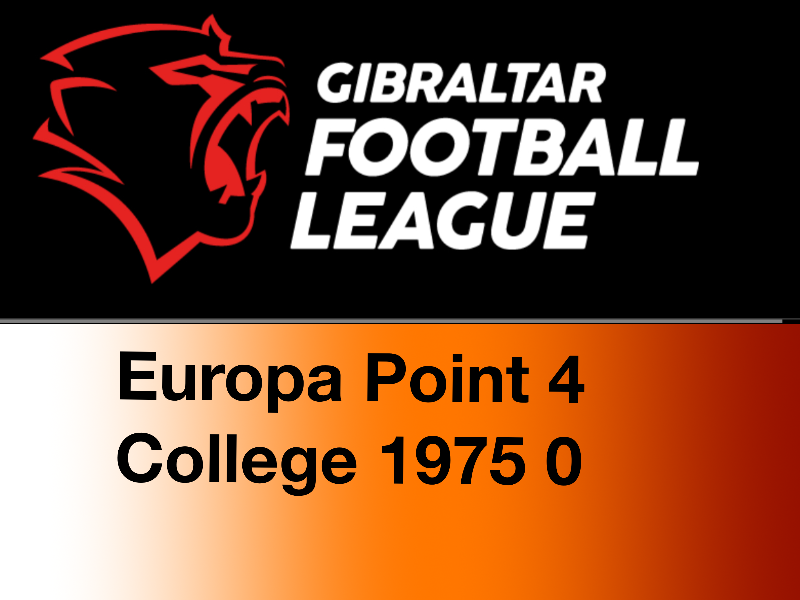 College 1975’s first match of the season saw them field one of the largest number of young Gibraltar talents outside from the top teams.
With the likes of Douah, Caetano, Gracia, Laguea, McGrail, Franco and Field within their squad College 1975 have become one of the clubs providing opportunities to what have been fringe players who have been playing in national
Youth squads but not found enough playing time in the senior league. This, however, also brought with it some inexperience which was to play its role at the latter stages of the match against Europa Point.
After a strong start by Europa Point it was College 1975 who started to gather speed and created the first clear chances.
Within the first twenty minutes Europa Points keeper produced two excellent saves, one at the feet of a forward as College 1975 threatened to score first.
This provided College 1975 with added confidence and turned the tables on Europa Point as they started to control possession more. Although having the better chances in the first half College 1975 failed to capitalise on their opportunities. The first half finishing with both teams still deadlocked at 0-0. Europa Point keeper Tuleda proving his worth in goal as their saviour.
The deadlock was to prove costly for College 1975 as Europa Point started the second half with greater impetus and capitalised on their turn around scoring the first goal within the first quarter of an hour.
College came close to the equaliser with a diving header going across the goal but finishing wide at the far post just minutes after they had gone behind.
There was a strange moment when a Europa Point player claiming to be injured and on the ground refused to get up and walk off the field, whilst no physio either came onto the field. The Europa Point head coach earning himself a yellow card and then ordered to remove his player from the field. The player subsequently substituted just moments later. The incident raising questions over the officials decision and his command of the match with the player going unpunished.
Gary Lowe, Europa Points head coach signally his bemusement by the incident and how he had been ordered to remove the player.
Europa Point was to force a save on the 74th minute from a long range shot which finished in a corner. The subsequent effort to goal that followed far from causing any problems as the ball was volleyed far from the goal.
With College trying to get some urgency into the match whilst Europa Point looked intent in slowing down proceedings tensions rose on the field. This leading to several yellow cards as the dramatics appeared on the field and the tensions followed.
College 1975 were dealt a further blow as they allowed Europa Point a second goal after some lacklustre defending from what looked like a harmless ball to the far side of the penalty area.
Although surrounded by four defenders Europa Point’s forward Nzuruba found his target to double their lead with just minutes for the 90 minutes to go.
Caul could have made it three on the 89th minute but saw his effort go just wide.
College 1975 were then penalised for a challenge by Field which left the Europa Point attacker on the ground just moments later. Caul making no mistake with his penalty kicks Caul added a fourth in the final seconds as the match saw the tensions rising. The pushing and shoving and continued provocations disrupting play and leaving a bad savour to the match.
The defeat was a blow for College 1975 who fielded a string of young Gibraltar talents many of which are playing within the youth squads for Gibraltar. Some having moved from some of the top teams to find playing time on the field.
The young guns, although beaten left a good impression on the field although the latter stages of the match highlighted some of their inexperience as they fell victim to some of the baiting tactics which disrupted play to Europa Points advantage.
The victory for Europa Point gives them their first three points of the season although their performance did little to provide much optimism that they will be challenging at the top end of the league. The two teams forecast to be among those who are most likely to play in the Challenge group end of the league. 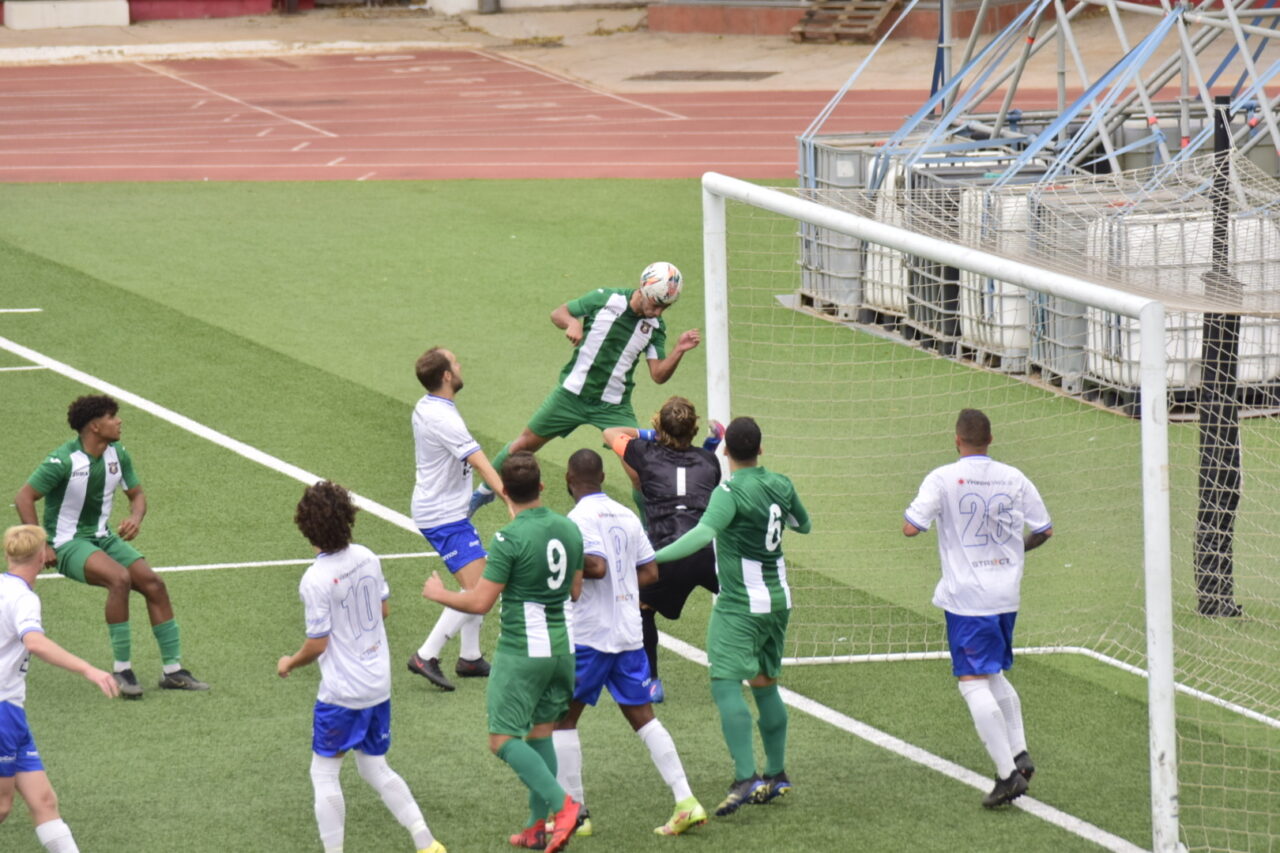 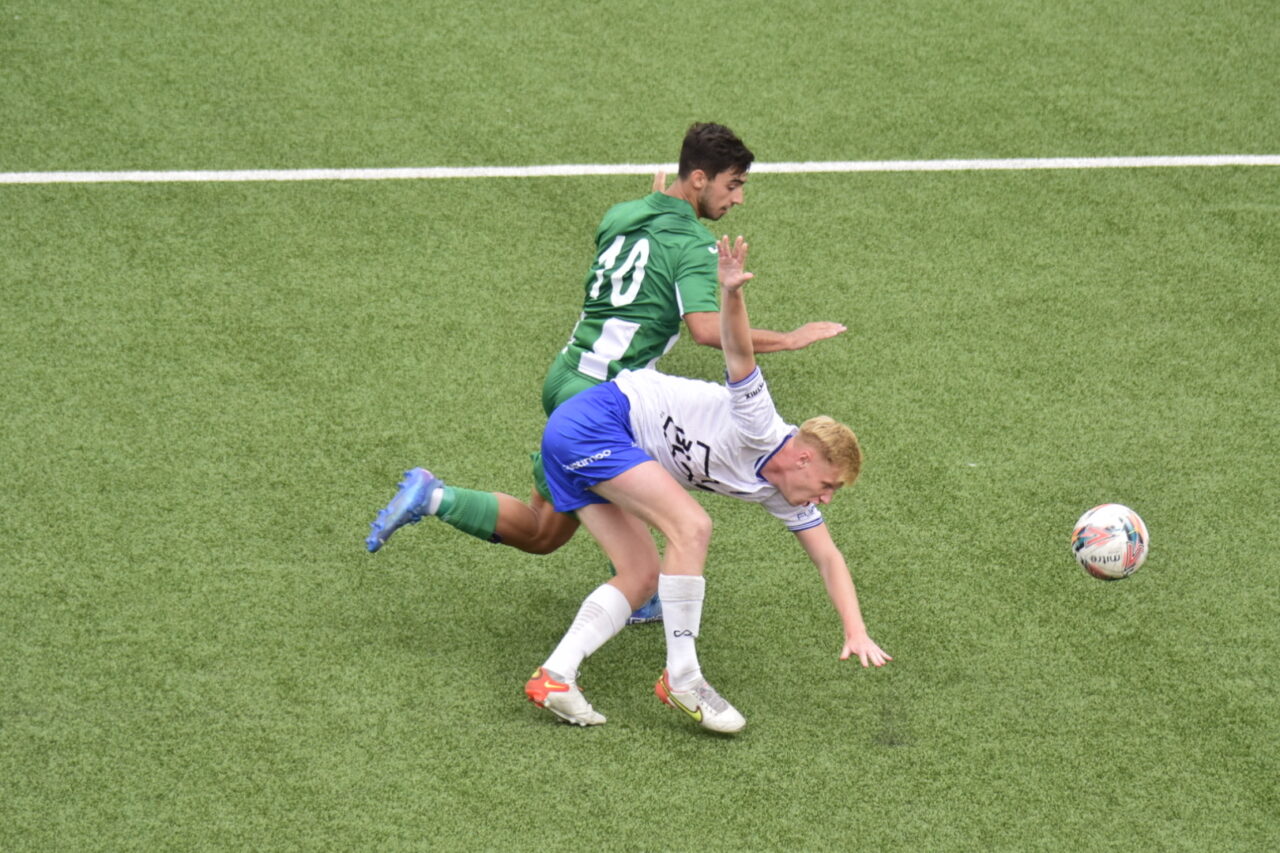 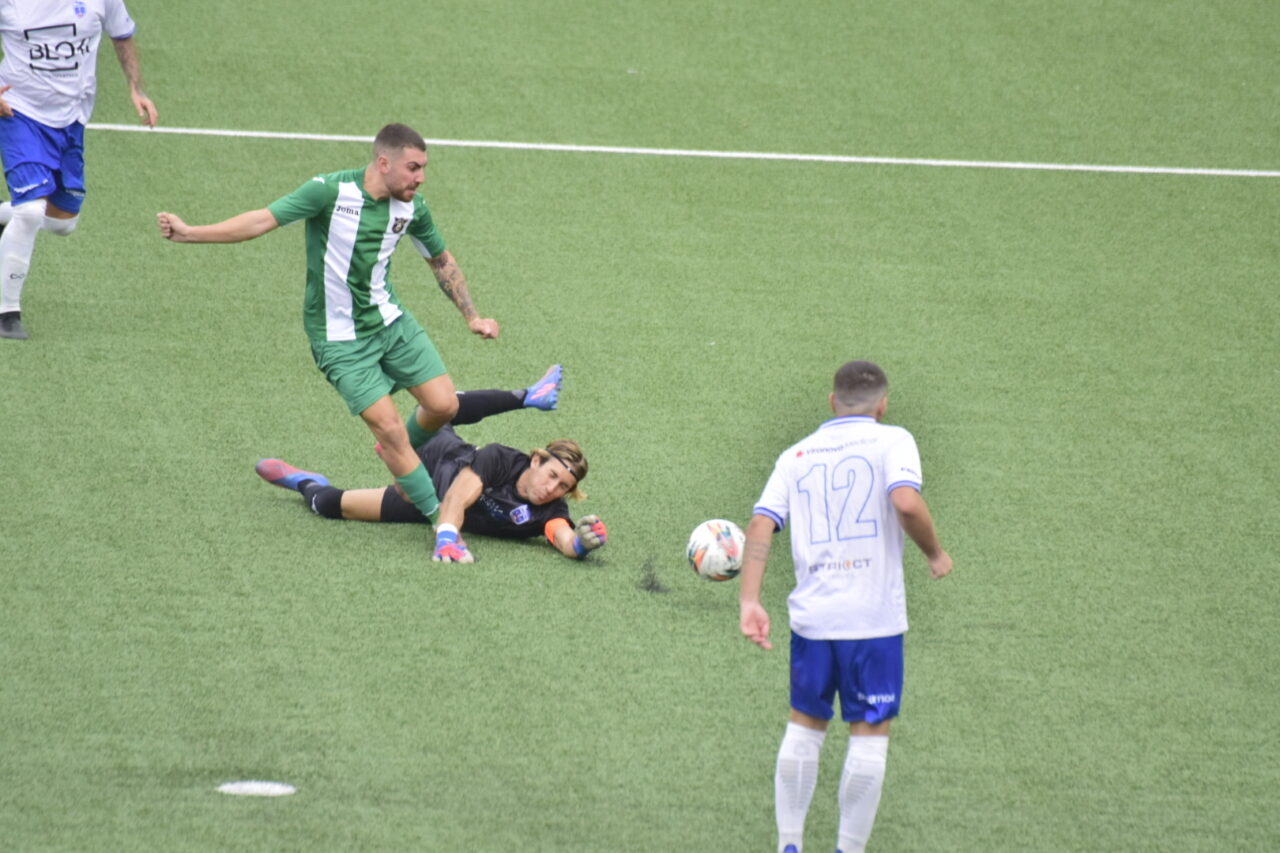 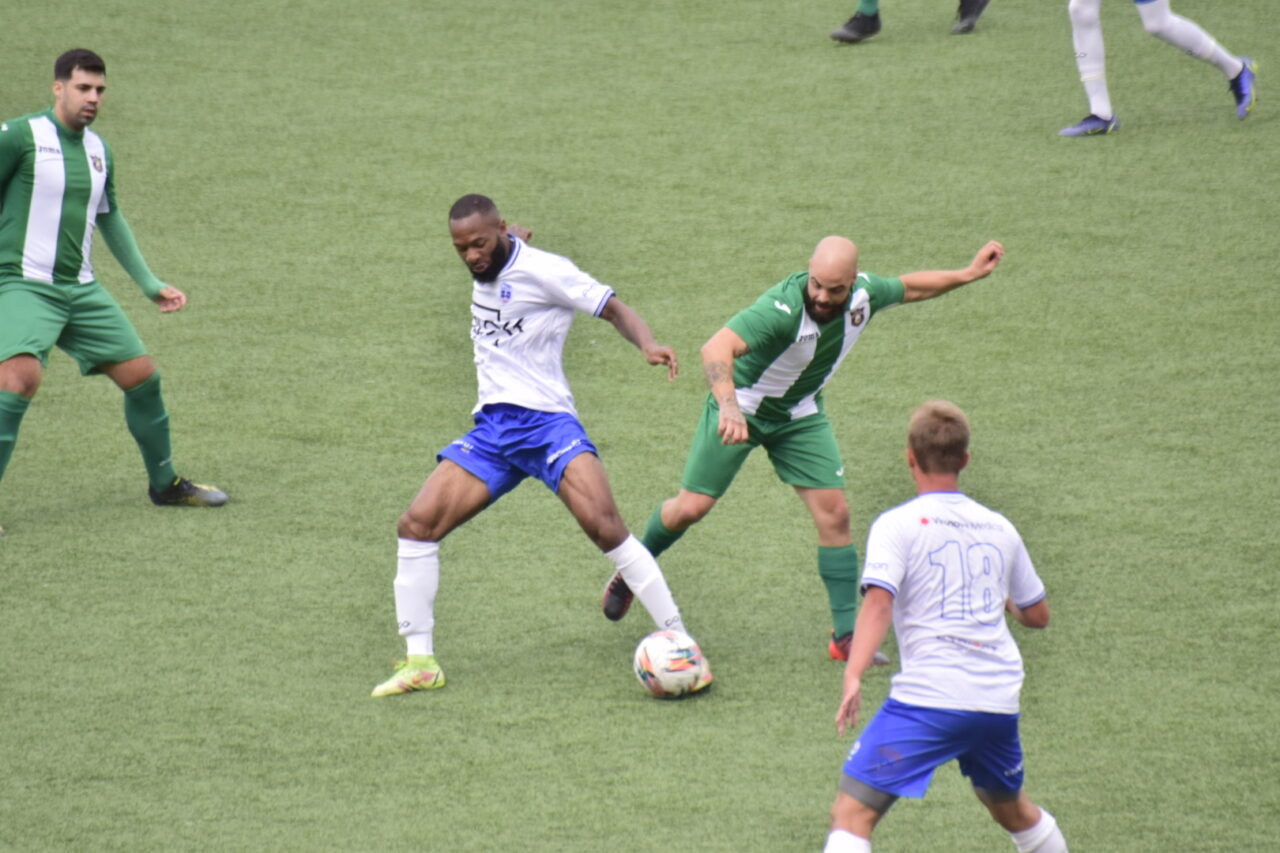 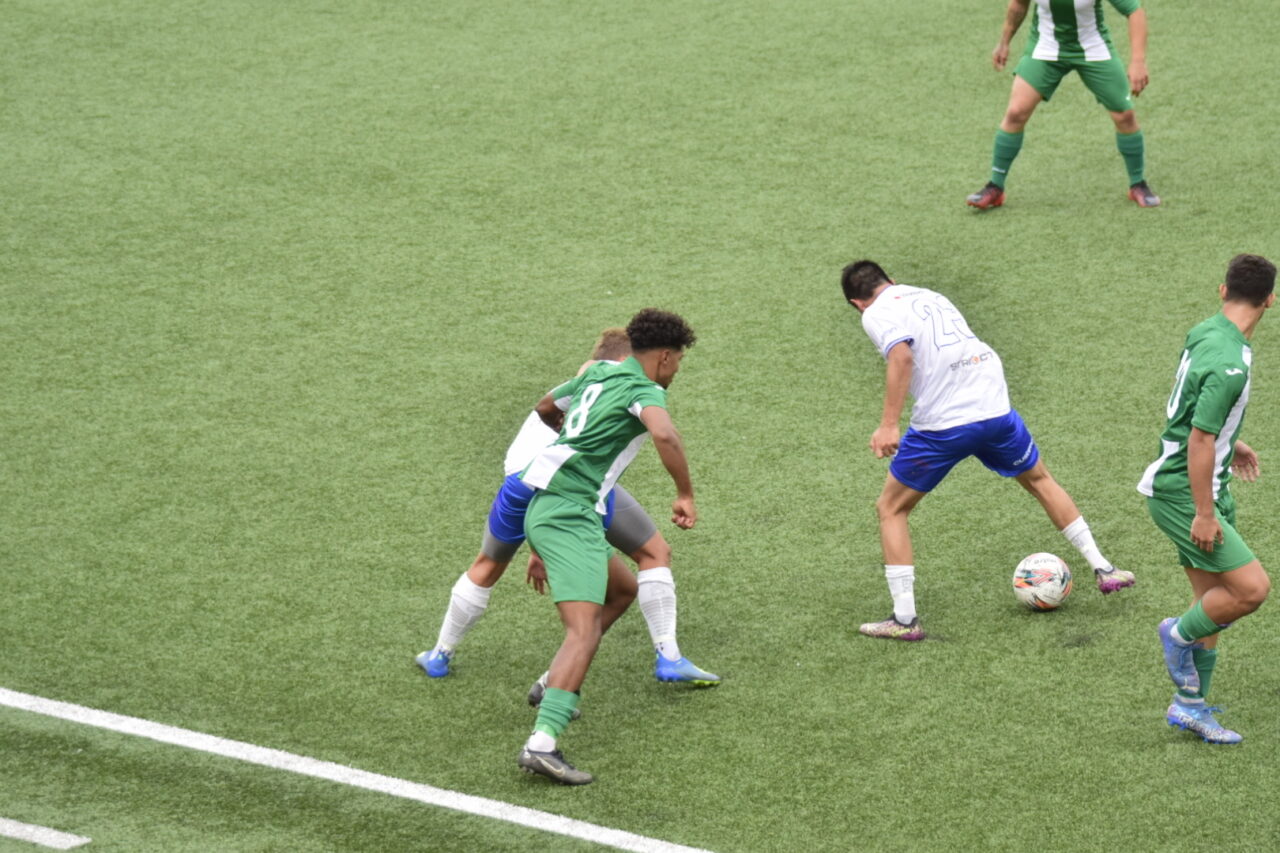