Family recreate Glastonbury in their garden after the festival was cancelled

A Worcestershire family have recreated Glastonbury in their garden after the coronavirus pandemic saw the festival cancelled.

Fiona Rees, 50, husband Matt, 43, and 11-year-old son Dylan are huge fans of the festival and were “gutted” when it was called off due to the health crisis.

However, with the help of Fiona’s father, Colin Stent, 67, they have built their own festival — complete with Pyramid Stage, bar, camping area and even toilet tent. 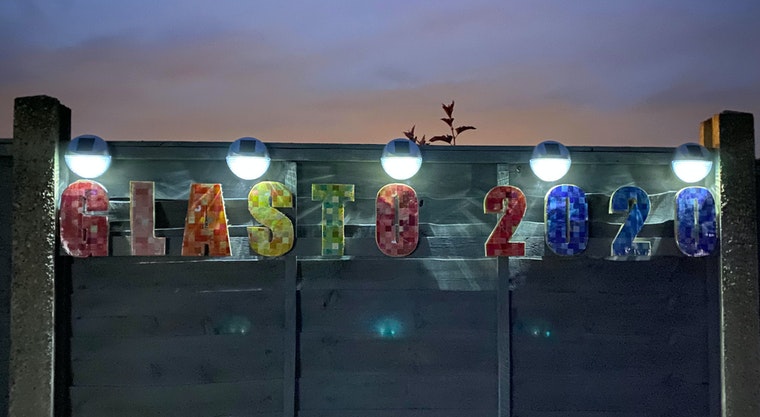 The festival had originally been due to take place next weekend (June 25-29) however, virtual celebrations will be aired instead.

The Rees family have attended five of the last six festivals – last year they were unable to get tickets so instead attended the Isle of Wight.

Mrs Rees said: “Glastonbury is just magical. I have been to a lot of different festivals over the years and it just has a completely different feel about it. Everybody goes and they are just there to chill out and have a good time, and it has those vibes.

“It’s the only place I would go on my own because you’d come back and you’d have made friends while you were there because someone would always scoop you up and look after you.” 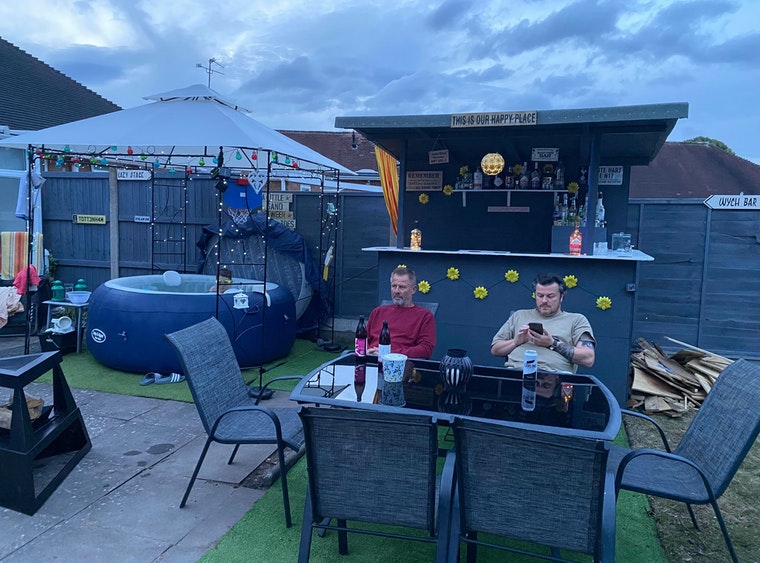 The family will be joined for the weekend by Mrs Rees’ father, her sister and niece and two friends who will be camping in their large garden.

The experience even includes a specially built toilet tent, a kids’ field and an outdoor hot tub.

She said: “We will be having a few drinks and watching the streaming of previous years.

“Being sat out there at night with the fire going, and watching it, it comes pretty close on the basis that we can’t go there.”

She said the festival was a special place for the family.

“When we went a couple of years ago, Coldplay headlined,” she said.

“There were 100,000 people in a field with wristbands on. My son was seven and he just looked back at me and said, ‘Mum, this is the best day of my life’. The atmosphere was just immense.”

She said although the family were “absolutely gutted” they weren’t able to attend this year, she was pleased they had tickets guaranteed for next year.

After posting pictures of their own festival on several Glastonbury Facebook groups, the images quickly went viral.

Mrs Rees said: “The number of people who have asked me if they can join us. I had someone last night practically begging me for a ticket.

“I’ve printed off some tickets and I’ve laminated them. If you haven’t got a ticket you aren’t coming in!”