When one family realised they would not be able to go to the Royal Highland Show this year, they decided to recreate their own out of Lego and Playmobil.

The Royal Highland Show was cancelled in March due to Covid-19 restrictions.

Lorna Muirhead, 44, and her two children – Ailie, 12, and Hamish, eight – were upset when they realised that due to the coronavirus lockdown, they would not be able to make their annual family trip to the Edinburgh show, which is a “firm family favourite”.

Having gone every year as a family, they decided they would make their own in their garden on a farm in central Scotland. 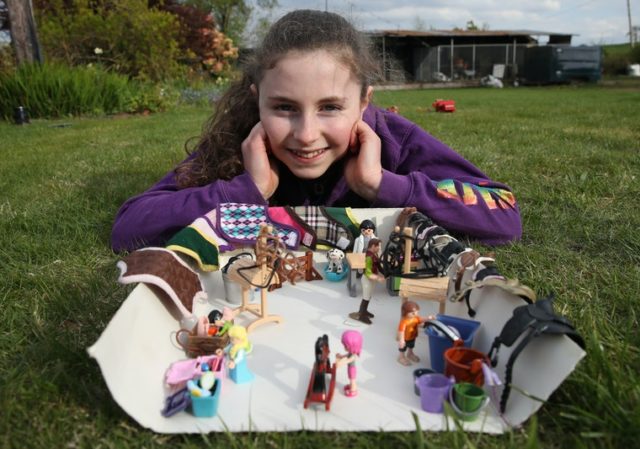 Mrs Muirhead said: “It really just started when the children were playing with their toys, and it started with the ponies in the stables, then we were using their dad’s old farm toys.

“Then we thought, ‘Oh, why don’t we create the whole Highland Show? Since it’s not running this year, why don’t we have it in our back garden?'”

The family spent around six hours building the show, using a mix of mostly Lego, but also Playmobil as well as toilet roll holders, cereal boxes and any other bits and pieces that would fit.

Both children are part of a local pony club and both take part in games.

Ailie was hopeful of qualifying this year to compete at the Royal Highland Show.

Mrs Muirhead said: “The kids were commenting on how it was great that mummy was playing too.”

Government confirms plans to dissolve Parliament ahead of Queen’s Speech

Coronavirus passports to be ready ‘as soon as possible’, say transport chiefs