Fans enjoy a weekend of music despite rain, queues and politics

Enrique Iglesias on the Main Stage at Gibraltar Calling. Photo by David Parody

Thousands of fans from Gibraltar and further afield were treated to a weekend of live music at Gibraltar Calling, despite unsettled weather and a series of organisational glitches that threatened to put a dampener on this year’s festival.
Festival goers sang along with Liam Gallagher, danced to Enrique Iglesias, crooned to Take That and cheered on local favourite bands including Dead City Radio and Jetstream.
But despite the great performances by artists, revellers were critical of organisers Neon Angel, taking to social media to complain about long queues and a small venue for the second stage. 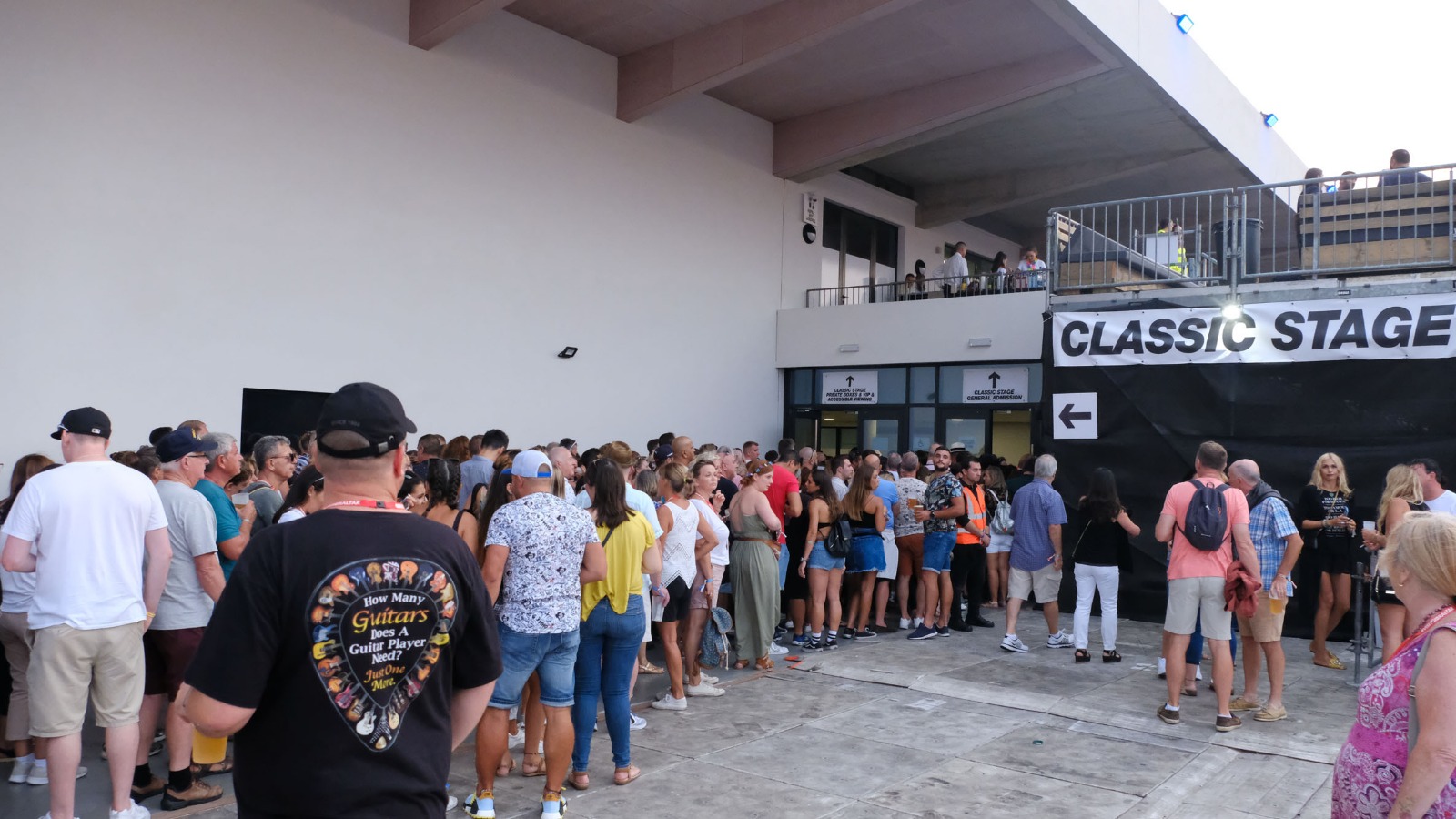 The Classic Stage was mounted indoors and the venue rapidly filled to capacity, leaving many outside unable to see their bands of choice.
The negative reaction saw Neon Angel move to try and address the concerns for the second day of the festival, during which a heavy thunderstorm that cause flooding in parts of town further added to the organisers’ woes. 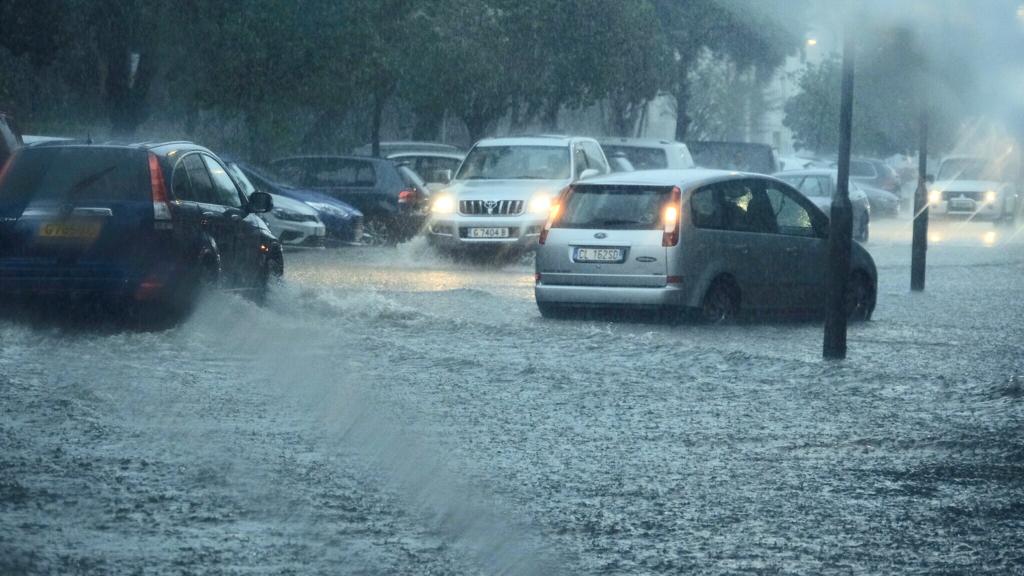 But the weather cleared in time for Sunday’s line-up at the festival, which for the first time was held at the new Europa Point sports complex.
Inside the site on Sunday, additional lanes were implemented for the token booth and the Queen tribute act, Killer Queens, was moved to the Main Stage after headliners Take That last night.
Also on stage yesterday was Gibraltarian musician Simon Dumas and his band King Calaway, their first performance on the Rock. At one point in their set they were joined by members of Frontiers, Simon’s former band.
Neon Angel said the festival was sold out and almost all ticket-buyers, around 10,000 in total, had attended.
“Whilst some queues were to be expected, we are proud that queuing time to enter the venue this year was no longer than past years at Victoria Stadium,” a spokesman said.
“However, we acknowledge that there were longer than expected queueing times at the Token Booth, which by no means was the fault of the fantastic staff running this stand.”
“We are aware there were issues with access to the Classic Stage and we would like to extend a sincere apology to all those who were disappointed with access.”
“However, due to the structure of the sports hall where this stage has been built, access to this stage has to be strictly controlled to meet fire and safety legislation.” 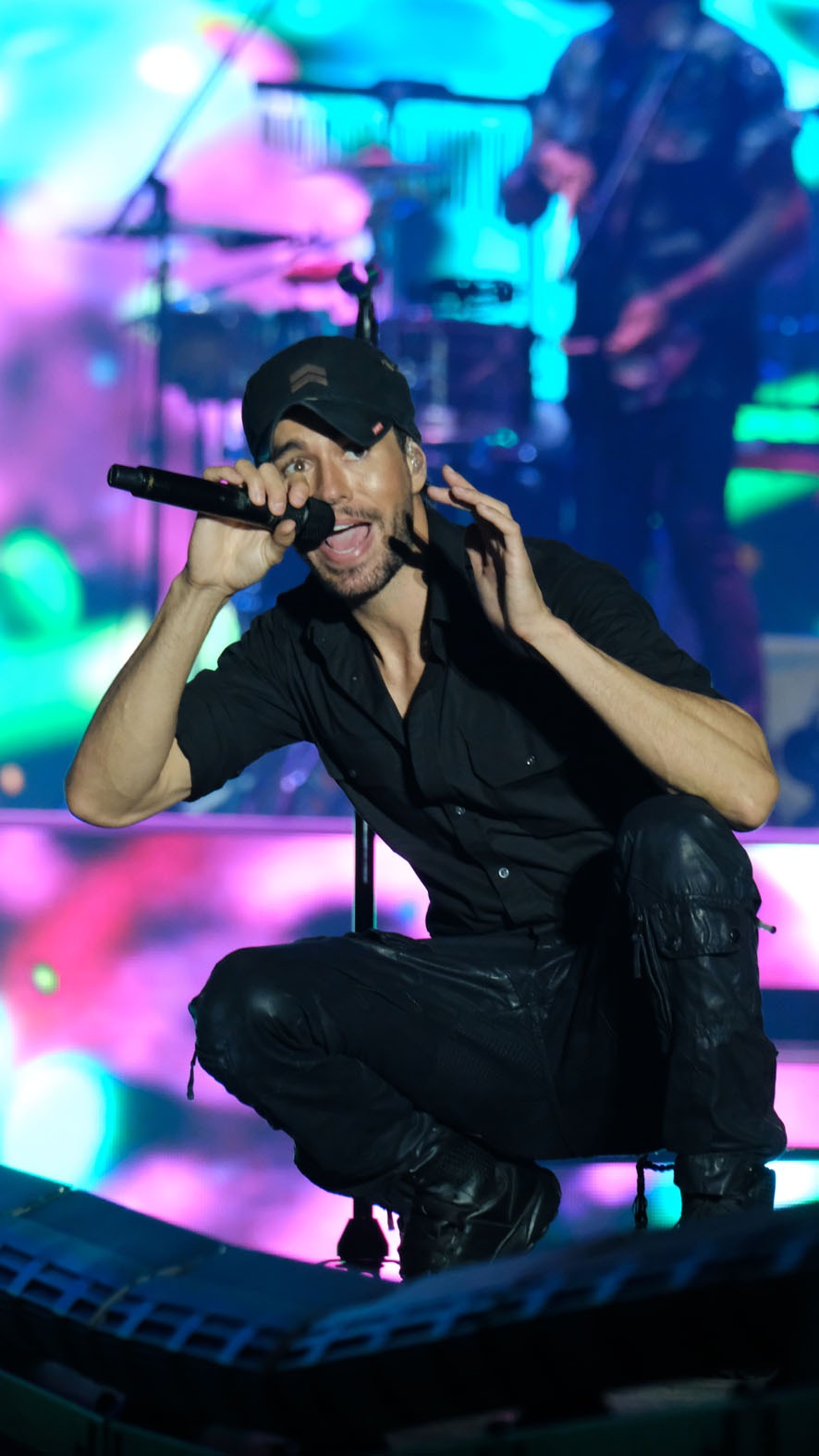 All photos by Johnny Bugeja 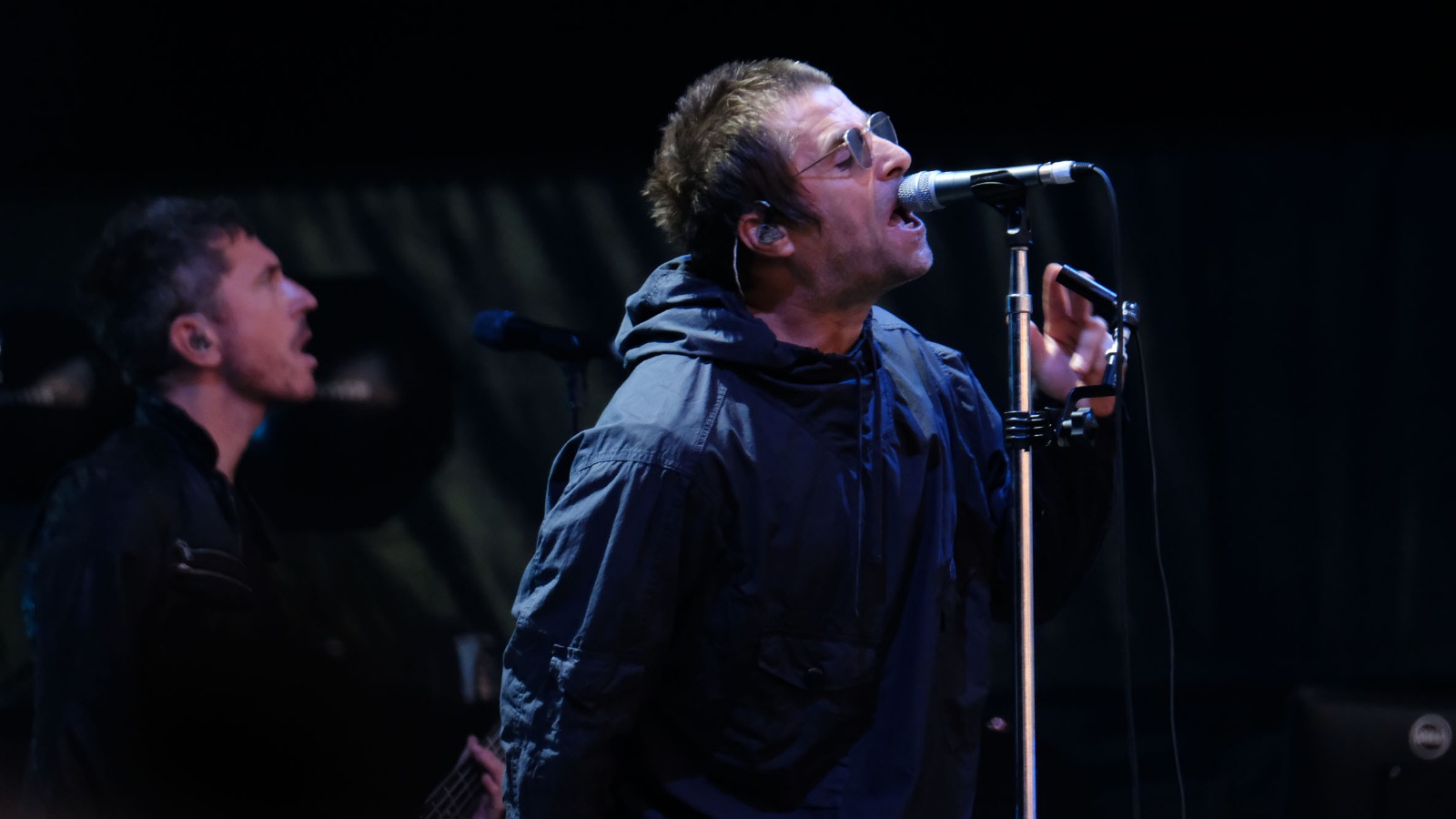 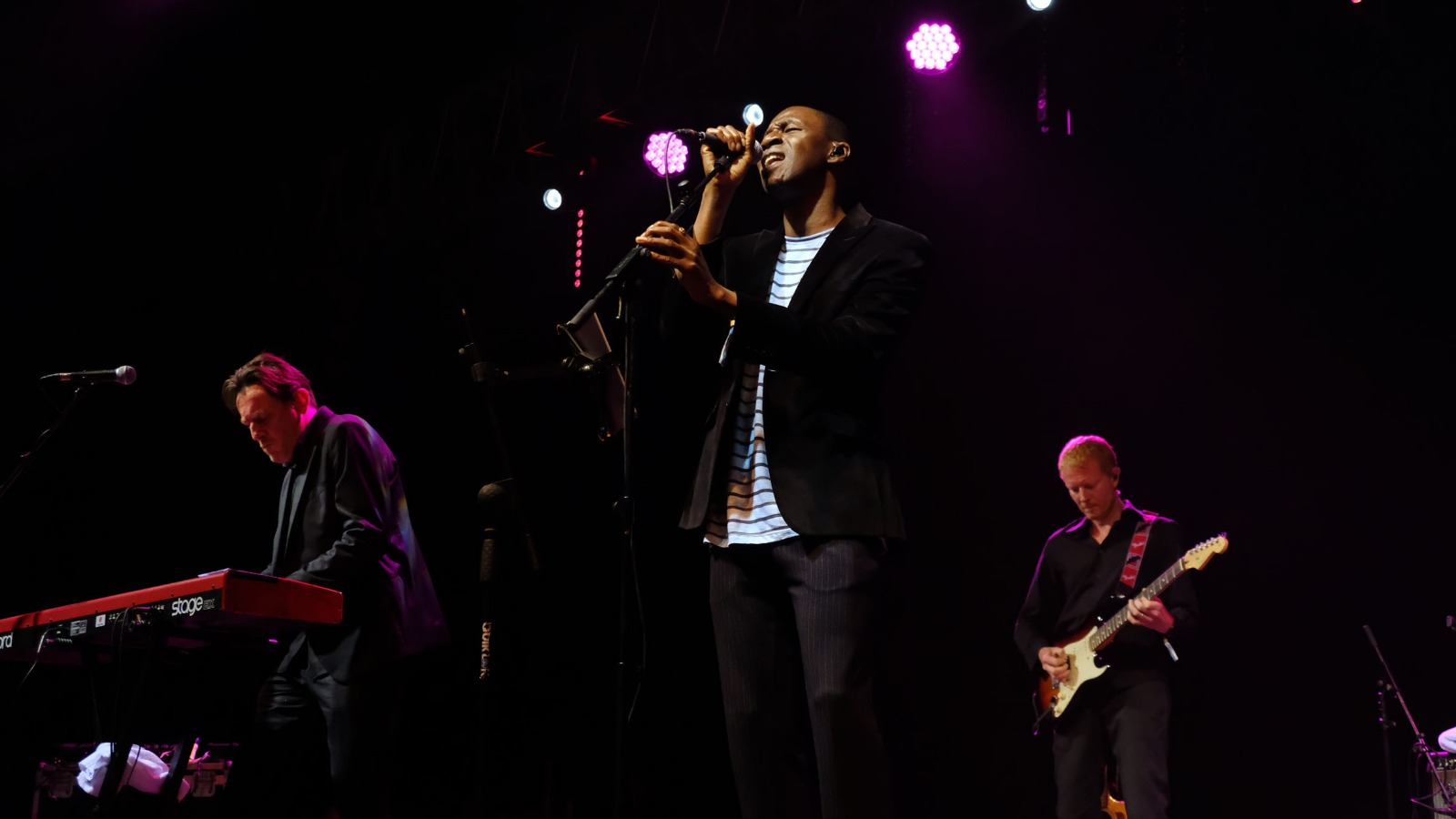 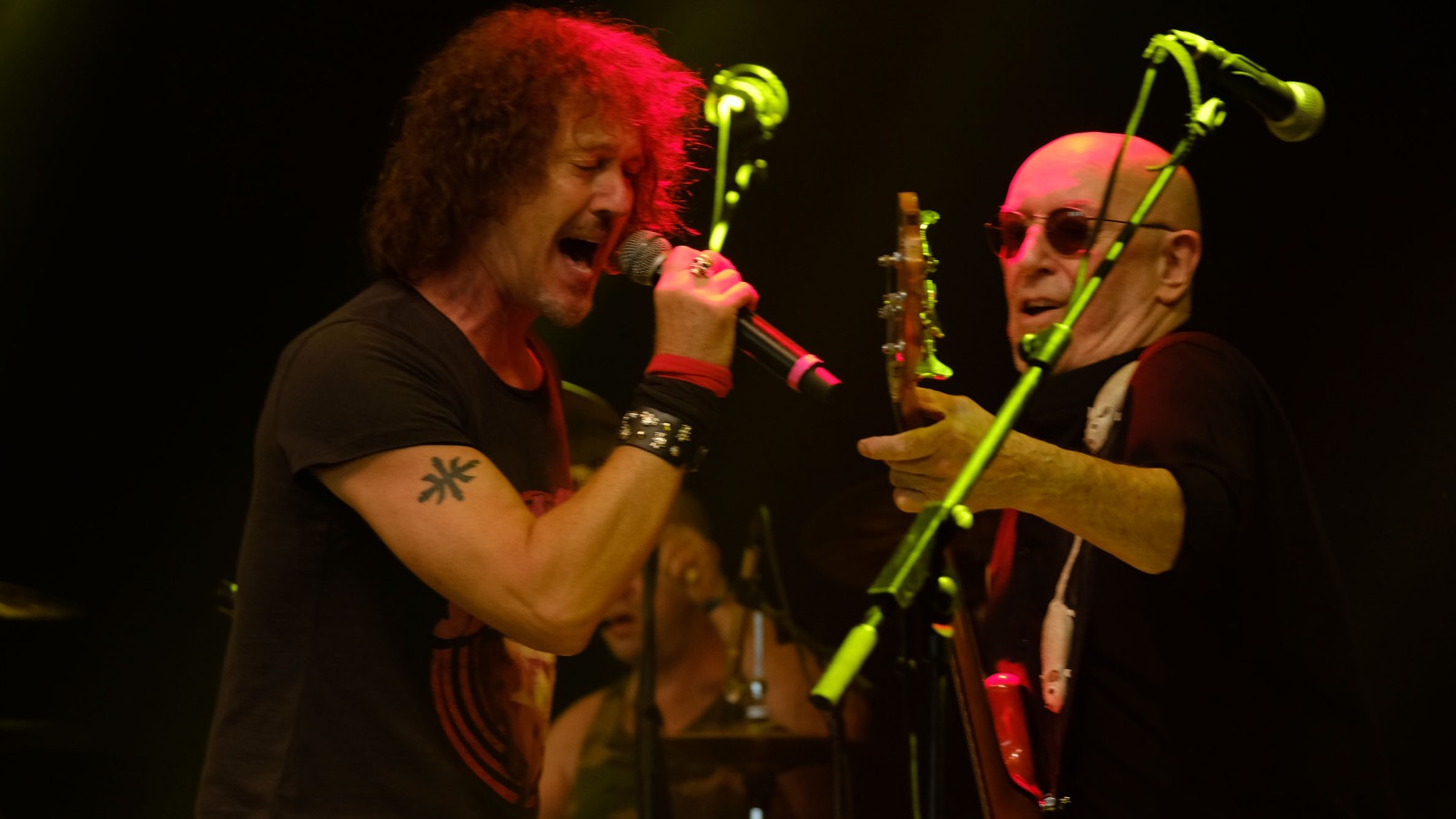 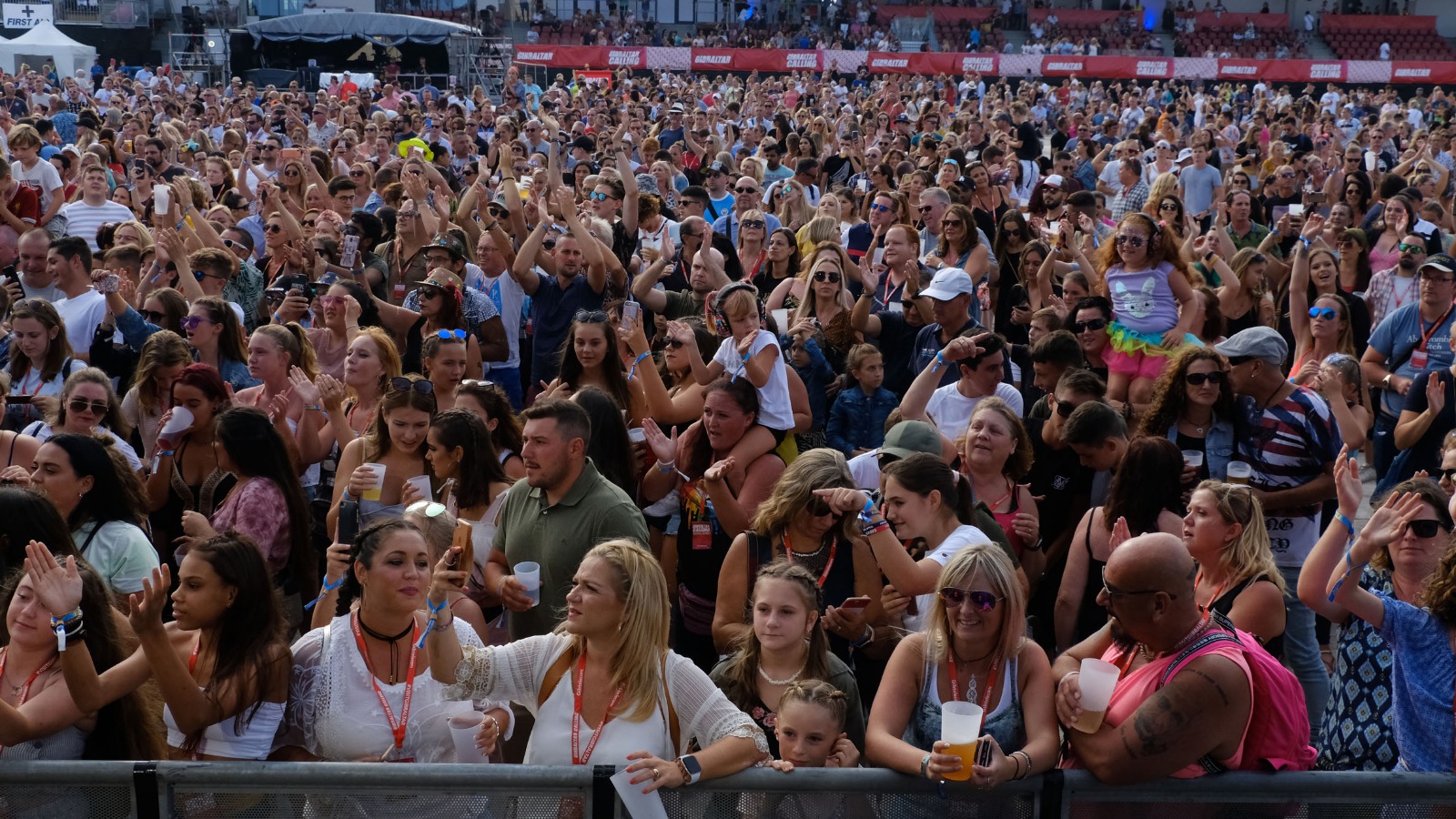 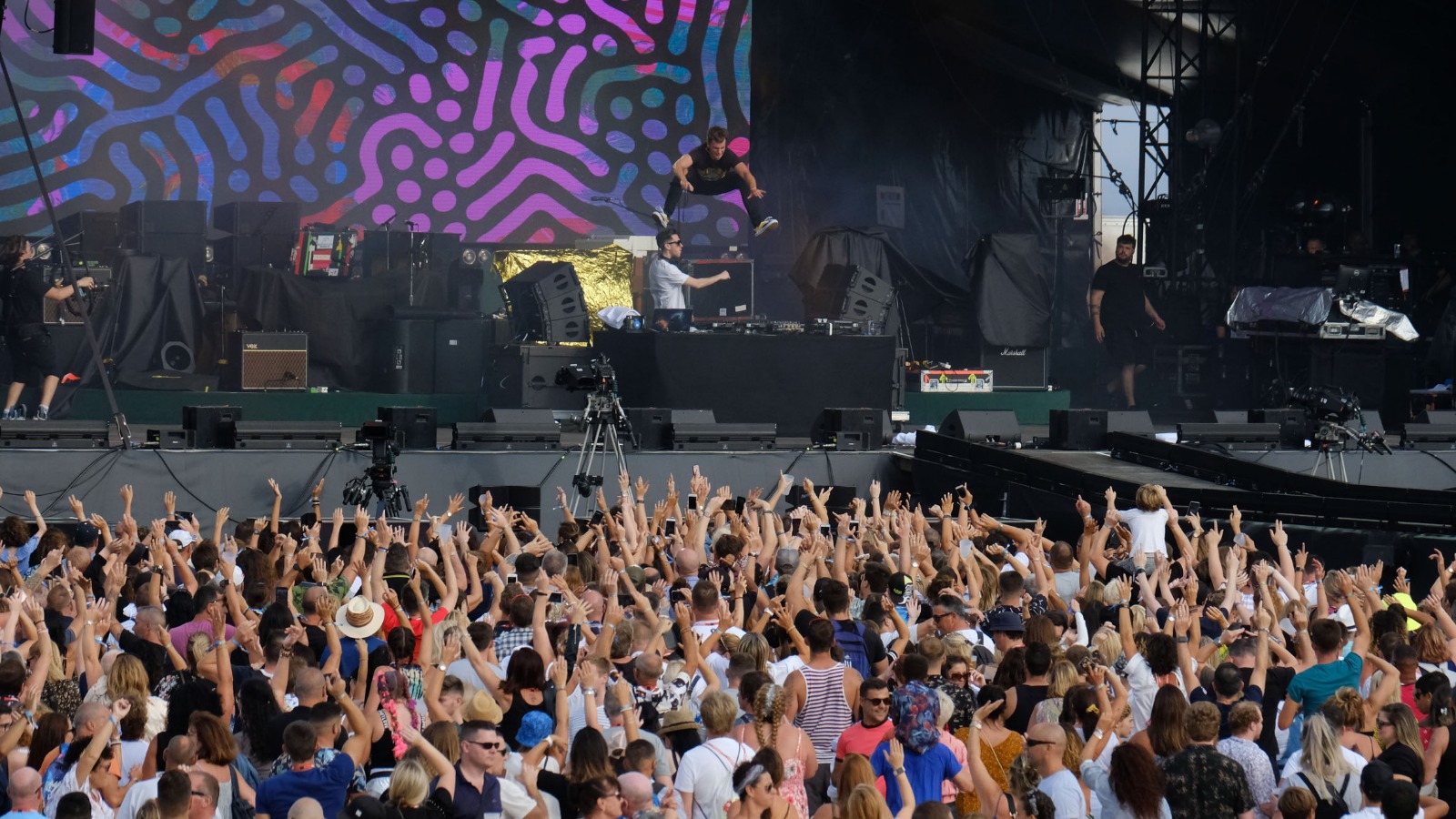 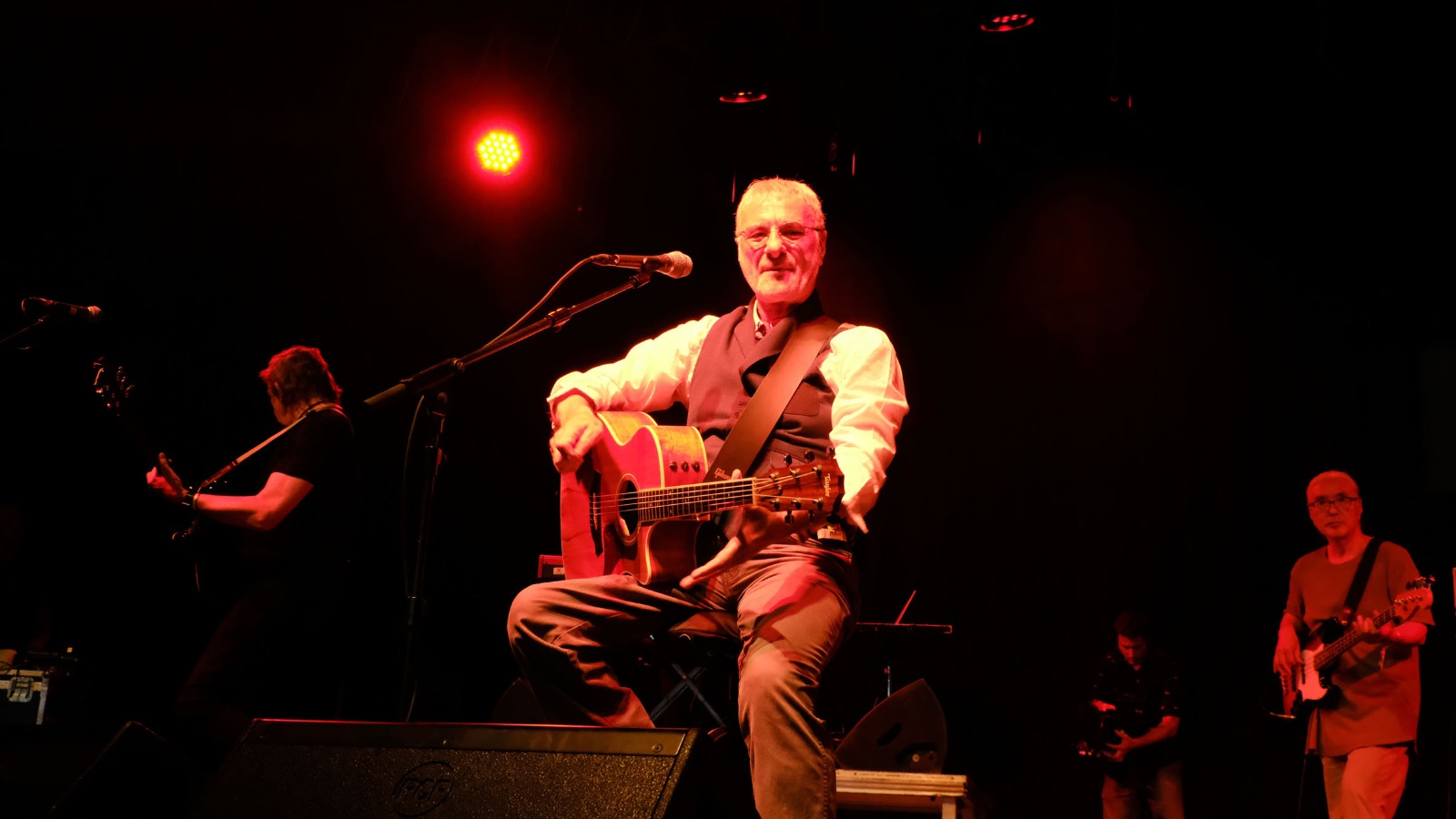 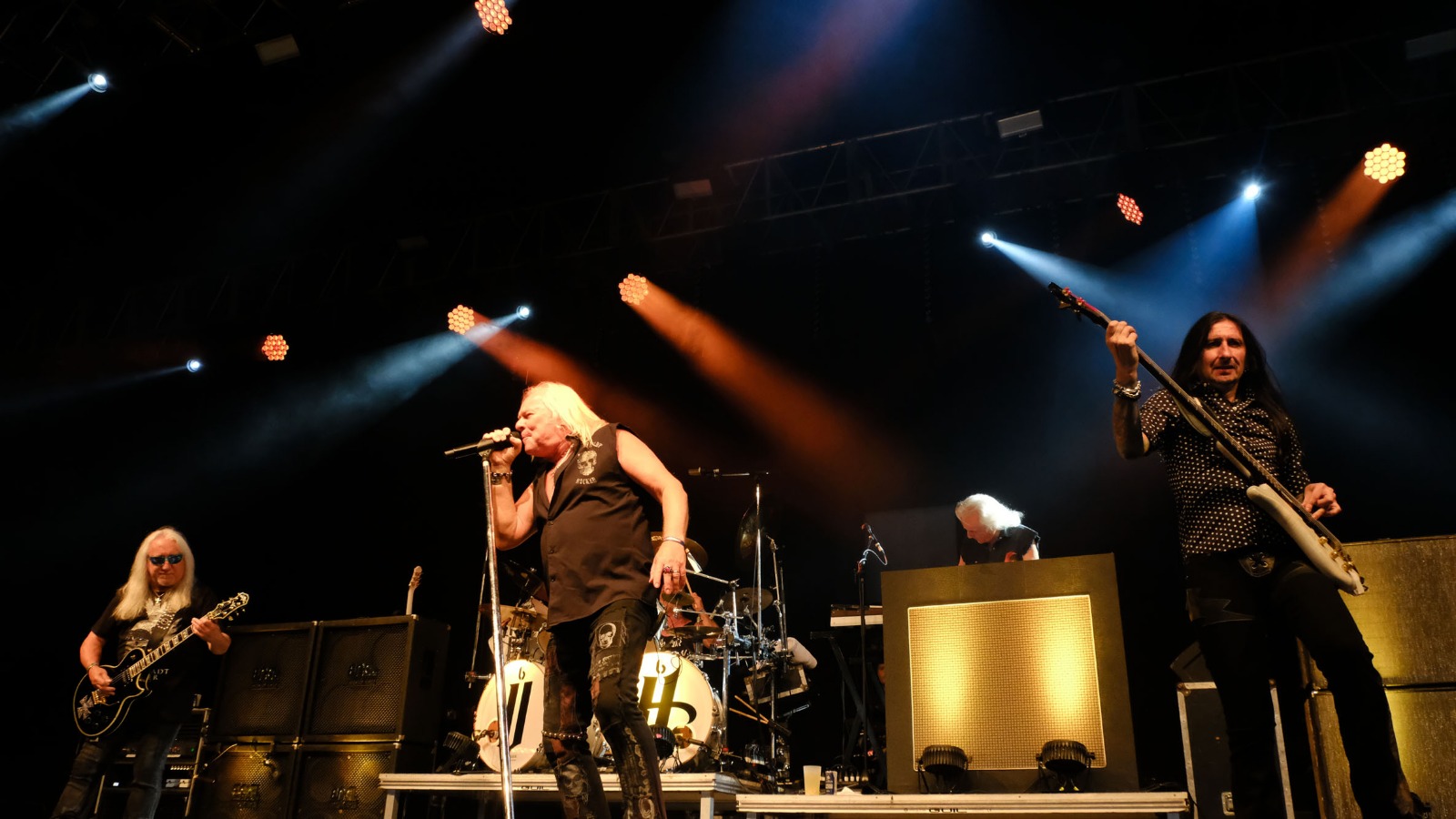 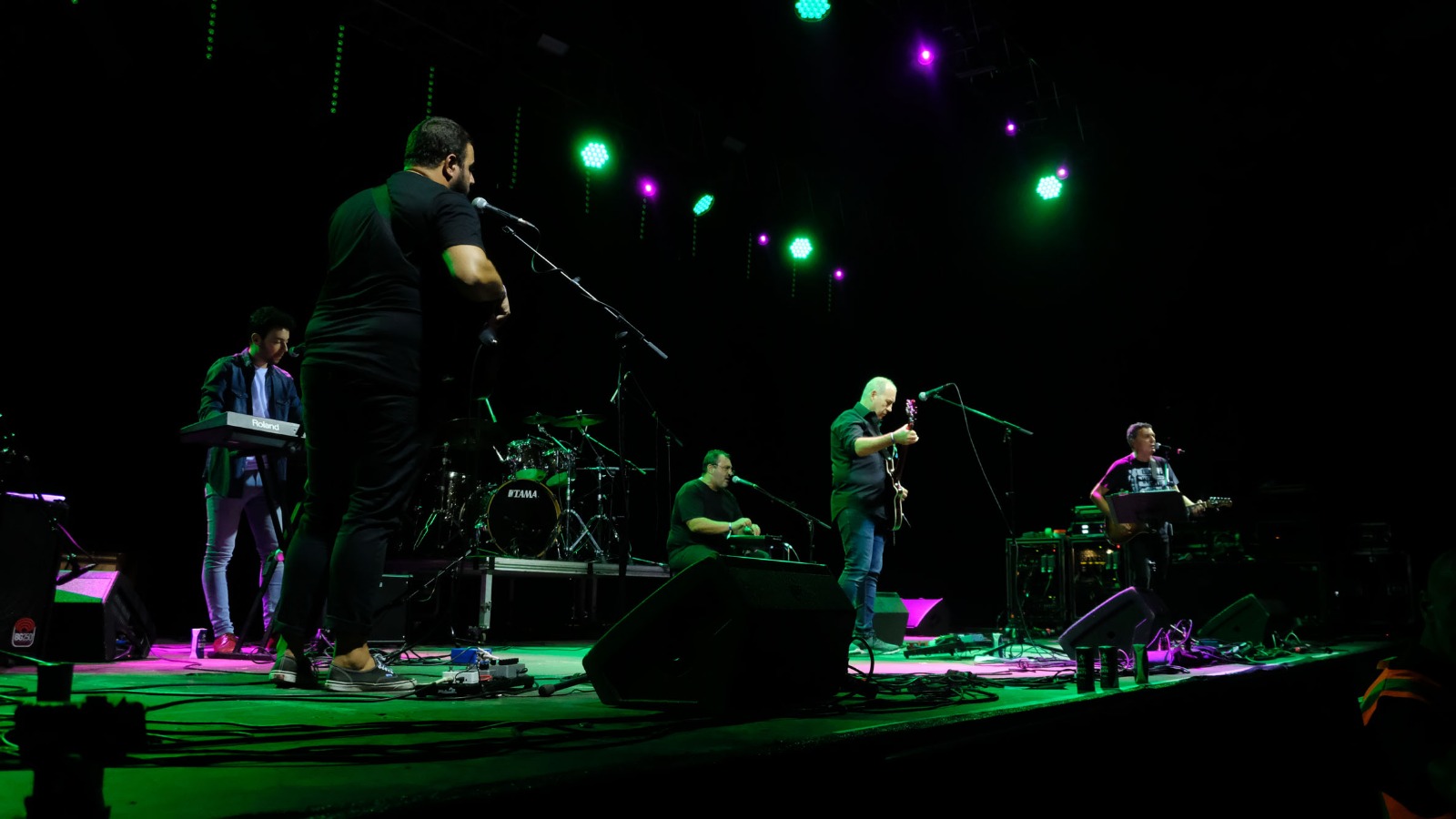 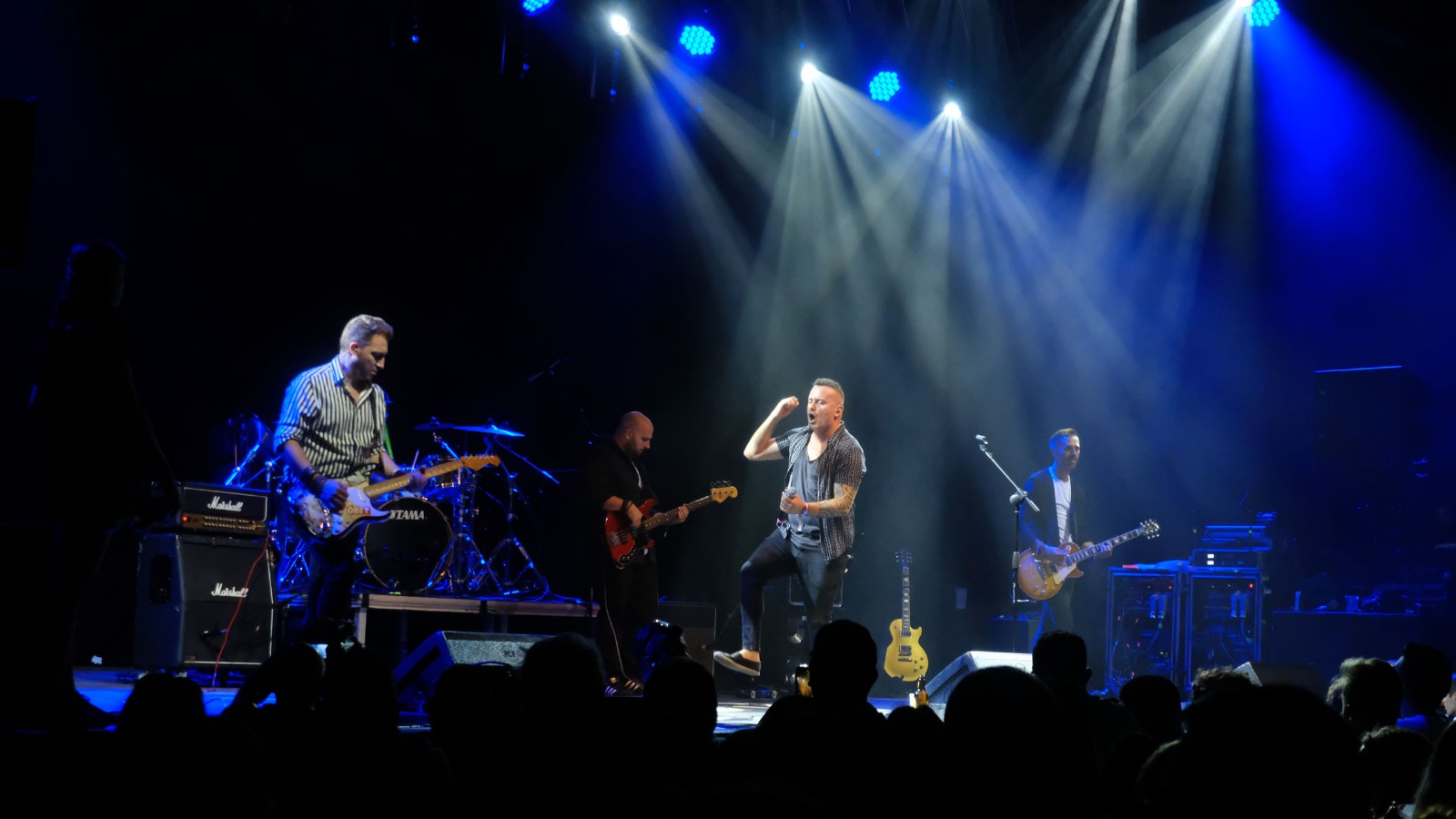 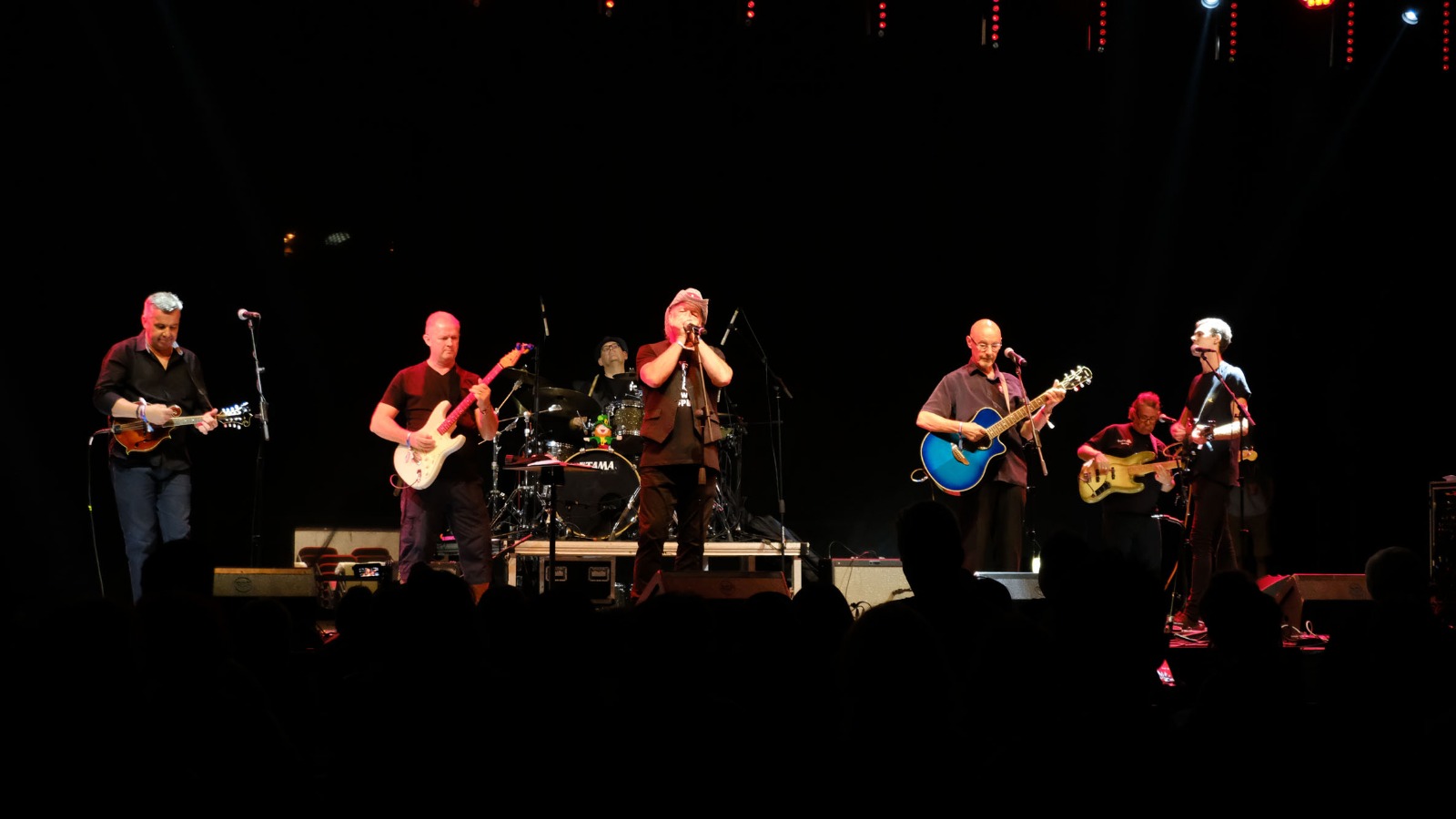 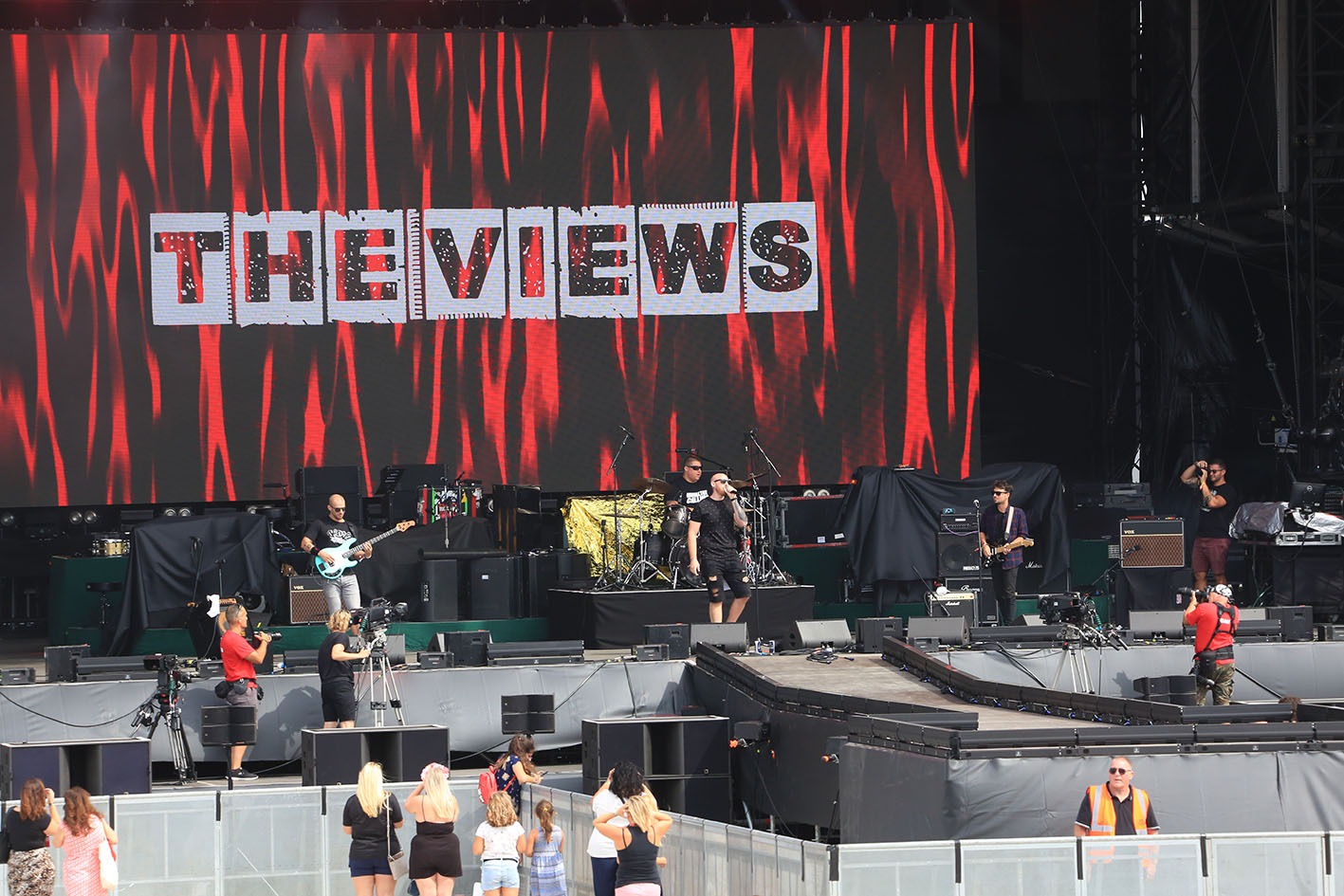 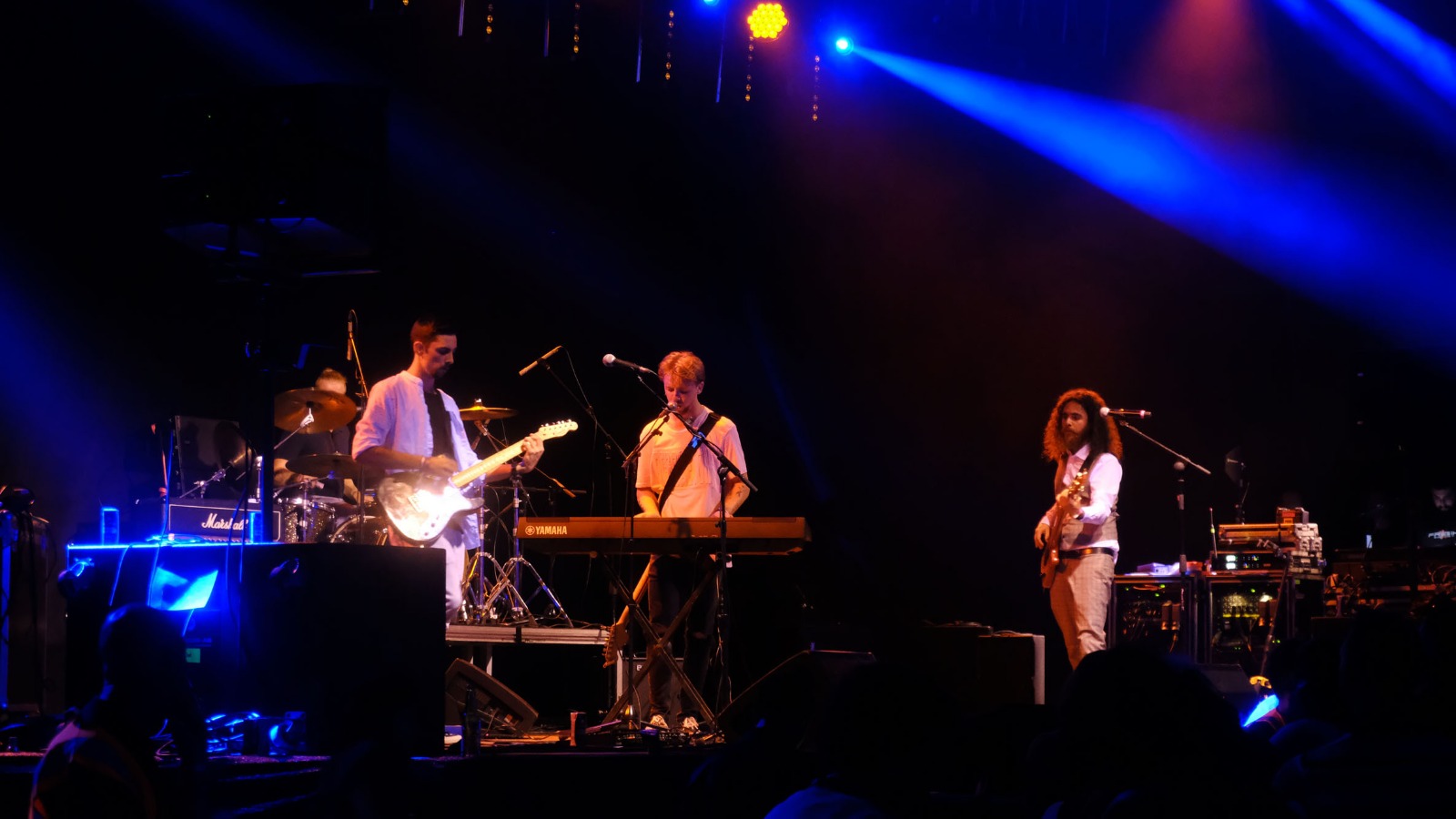 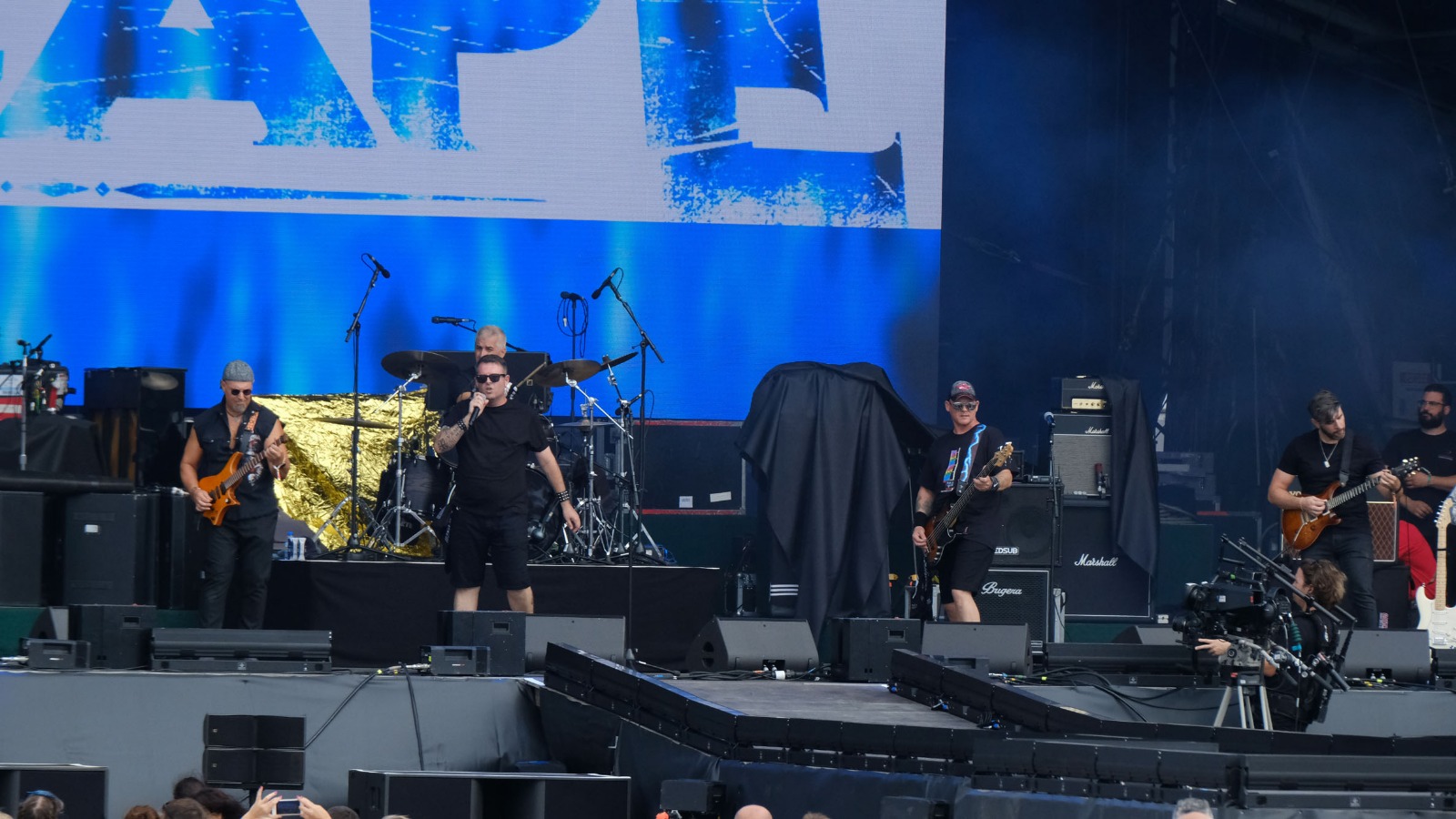 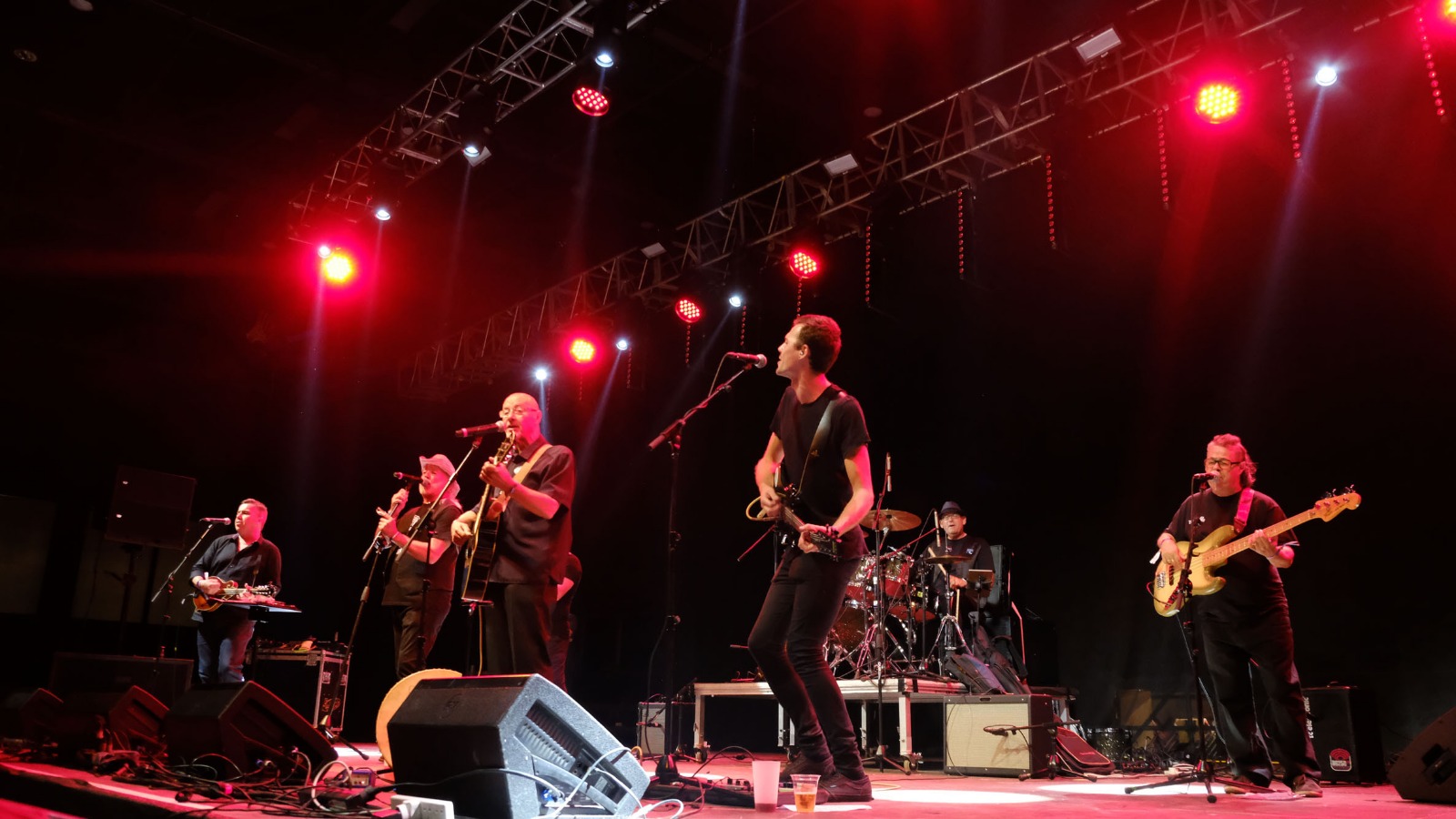 While the revellers enjoyed the music, criticism over the cost of the Gibraltar Calling music festival yesterday led to a bitter political spat on social media.
GSD leader Keith Azopardi and GSD MP Daniel Feetham questioned the wisdom of spending so much money on a festival and accused the Gibraltar Government of hosting friends and party activists at the VVIP enclosure at public expense.
But Chief Minister Fabian Picardo was quick to respond and accused the GSD of “dissing the festival for electioneering purposes”, adding that two-thirds of the festival’s costs are covered by ticket sales and the rest is subsidised to ensure ticket prices remain affordable.
Mr Picardo insisted too that the VVIP enclosure was used to host high-profile guests including UK politicians and businessmen.
In his post on social media, Mr Fetham railed against the “elitism” of the VVIP enclosure.
Mr Feetham said: “The GSD is against the elitism the VVIP enclosure symbolises and we do not believe it is right for the tax payer to fund the huge annual losses it makes.”
“The GMF does not break even.”
“It is funded by you to the tune of many millions in losses a year.”
Mr Feetham said the money should instead be invested into employment, health and care services.
Meanwhile, Mr Azopardi addressed the complaints of many who attended the music festival.
He said: “There are two Gibraltars. The one of Mr Picardo, his friends and party activists with their champagne socialism, VVIP enclosure at your expense and pictures with celebrities.”
“And then there is the Gibraltar for the rest of us of interminable coupon and drinks queues and restricted access to see musical acts.”
“Mr Picardo’s GSLP is totally disconnected from the real world experience of most people. It’s not surprising from the lofty heights of VVIP.”
He said that the GSD is committed to the music festival, but wants to see it better organised.
In his response on social media, Mr Picardo said he was proud to have started this annual event.
Mr Picardo said he hosted MPs and CEOs of Gibraltar’s top gaming companies in the VVIP enclosure, adding: “For me and ministers the festival is as much work as it is fun.”
“I cannot understand why the GSD like to tell so many lies about this festival,” Mr Picardo added.
“It's as if they think you are all stupid. They say the cost is X or Y Million, without discounting that we received two thirds of that money from ticket sales.”
“So if it costs us £3m, say, we get back around £2 or £2.5m. That subsidy is what keeps the tickets price low.”
“So the GSD think the electorate is stupid and won't work out that the cost is reduced by the ticket sales.”
“The balance is not spent on VIP or corporate tickets.”
“Those all pay their way (including ministers and any others who are there except for UK MPs who are our guests in Gibraltar).”
“The balance is a subsidy I am proud of because we keep the ticket price down on purpose and we let kids in on purpose to make it a family event.”
“We could recover the full cost by making the ticket price just under double.”
“But we keep it low for families and working people and subsidise the loss.”
Mr Picardo said the Government will have to ensure that the next organiser for the next music festival ensures that there will not be the same problems with the classic stage and food and drink counters, adding that it could be an all-inclusive event.