Father and son, Adam and Allan Wink, recently completed the tough challenge of the half marathon des Sables in the desert of Fuerteventura.

They started the race beside each other, but followed their own paces and were together outside of race time.
Adam and Allan told the Chronicle it was a special experience to be able to race together.

“It was the singular greatest challenge I have undertaken so far, the realization of which has left me with a desire to continue challenging myself. There are a few minor injuries I am still recovering from, but you can expect to see me again in these types of challenges.”

Adam added: “This was special as I was participating with my son. I had no problems other than flu before the race affecting my training.” 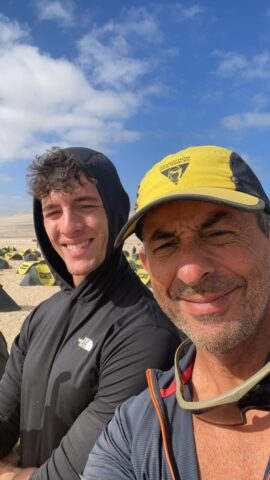 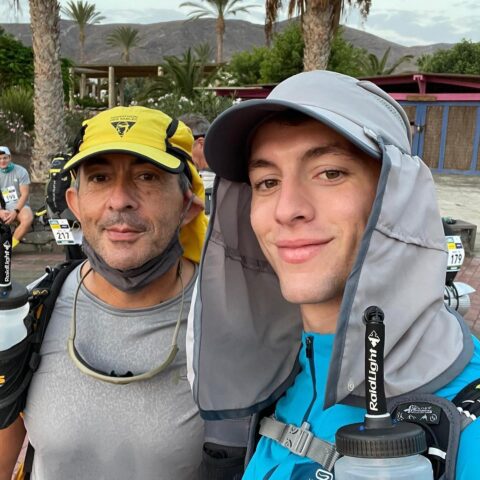 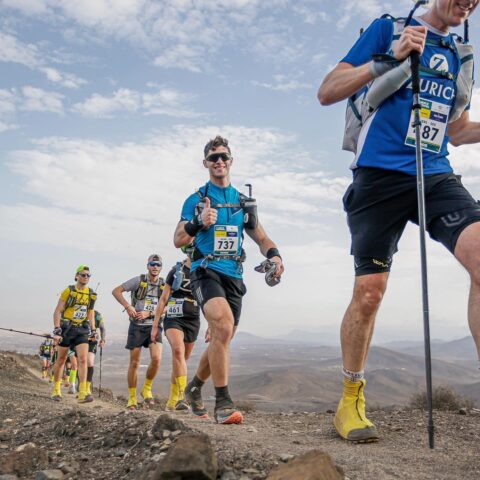 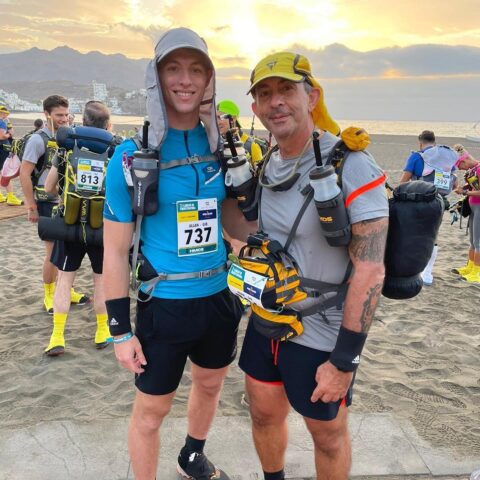 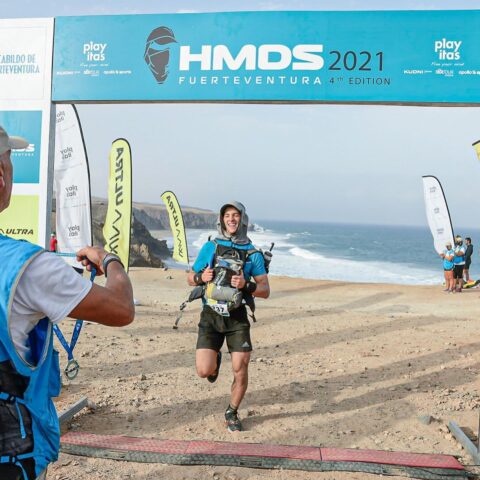 For Allan this was his first time undertaking this challenge, his father Adam had completed the marathon des sables in Morocco before.

“I don’t have an extensive background in running, but I always engage in high-intensity workouts most of which primarily rely on my own bodyweight but also with a combination of weights,” Allan said.

“In preparation for this challenge I began running more frequently, mostly 15km runs with a weighted bag. I used the natural terrain of Gibraltar to challenge myself and plotted out difficult and mostly uphill runs for myself.”
“This has been proven to have been effective because I placed 12th overall in the 100km category of the race (which had over 200 participants).”

Adam has raced in a number of events at various distances, including 101km races in Ronda and marathons in Seville, Edinburgh, London and Malaga.

For Allan the challenge of racing in a half marathon was a way to celebrate his “new freedom”.
Allan recently graduated from university and decided to challenge himself.

“I wanted to do this race to test myself and find out what I am capable of,” he said.

“I didn’t accept the challenge to do well, but simply to give it my best shot and to complete it. This challenge gave me a goal to train towards which increased my motivation and desire to better myself.”

“I have felt for a long time that it is best to have something to show for hard work. Thus, the opportunity presented by this challenge to earn a medal, to make new friends and to experience Fuerteventura at its most brutal was what I was after in accepting this challenge.”

The toughest challenge for Allan was the lack of running water in the desert.

“While the run was a challenge for me, the greater challenge was trying to sleep at night while my skin was still sticky, and my hair matted and sandy,” he said.

“The second day, my dad helped me fashion a basin from one of the 5L water bottles we were given and with that I could properly wash myself in soapy water. I wasn’t perfectly clean, but it was good enough to be comfortable.”
For Adam, it was ensuring he kept to his physical limits, especially considering his age.

“Generally if I concentrate on taking a step at a time the miles look after themselves,” he said.
“Also I had not been able to complete my training as I would have liked to.”
Now with the half marathon done, Allan looks forward to challenging himself to a full marathon, as does Adam who plans to do so for his 60th.

“For the moment, I want to participate in Marathons/Half-Marathons in Spain and beyond, such as the Malaga Marathon in December,” Allan said.

“Furthermore, in the year ahead I would like to try an Iron Man Challenge and a Spartan Race.”
Next for the pair, Allan plans to train consistently and live healthily.

"I plan to keep to this because of the benefits I am witnessing to my self-esteem and self-confidence,” he said.
“After this challenge I feel a strong desire to assert myself over the important areas of my life be that in little hobbies of mine such as Warhammer, my personal fitness routine and in my career.”

In future, Adam plans on taking part in the Malaga and Seville marathons if injury free, and would like to participate in the Peru 1/2 MDS to have the three marathon des Sables medals.