Photo of the fire taken by Frankie Hatton. In-article photo [below] from Gibraltar taken by Fiona Parnell.

A fire in a petrochemical plant in San Roque sent a thick column of smoke over the Campo on New Year’s Day.

Black smoke billowed from the Indorama plant and was pushed by wind toward Algeciras, where residents reported a strong chemical smell. 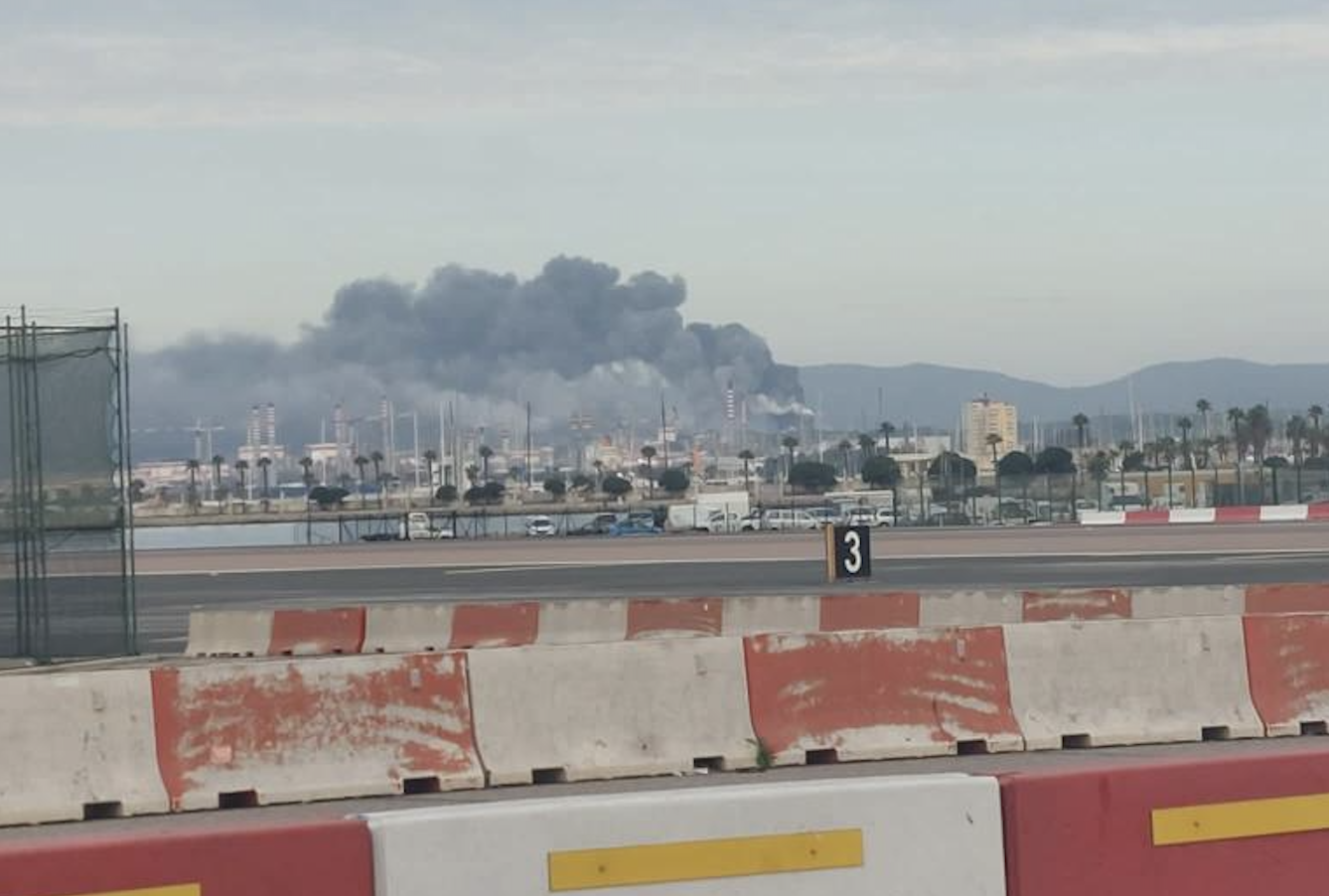 The emergency 112 service said the smell was not toxic but nonetheless advised people in Algeciras to stay indoors and keep windows closed.

Verdemar said residents in San Roque heard a loud explosion at around 9.30am, believed to have come from an oven in the petrochemical plant where plastics are produced. 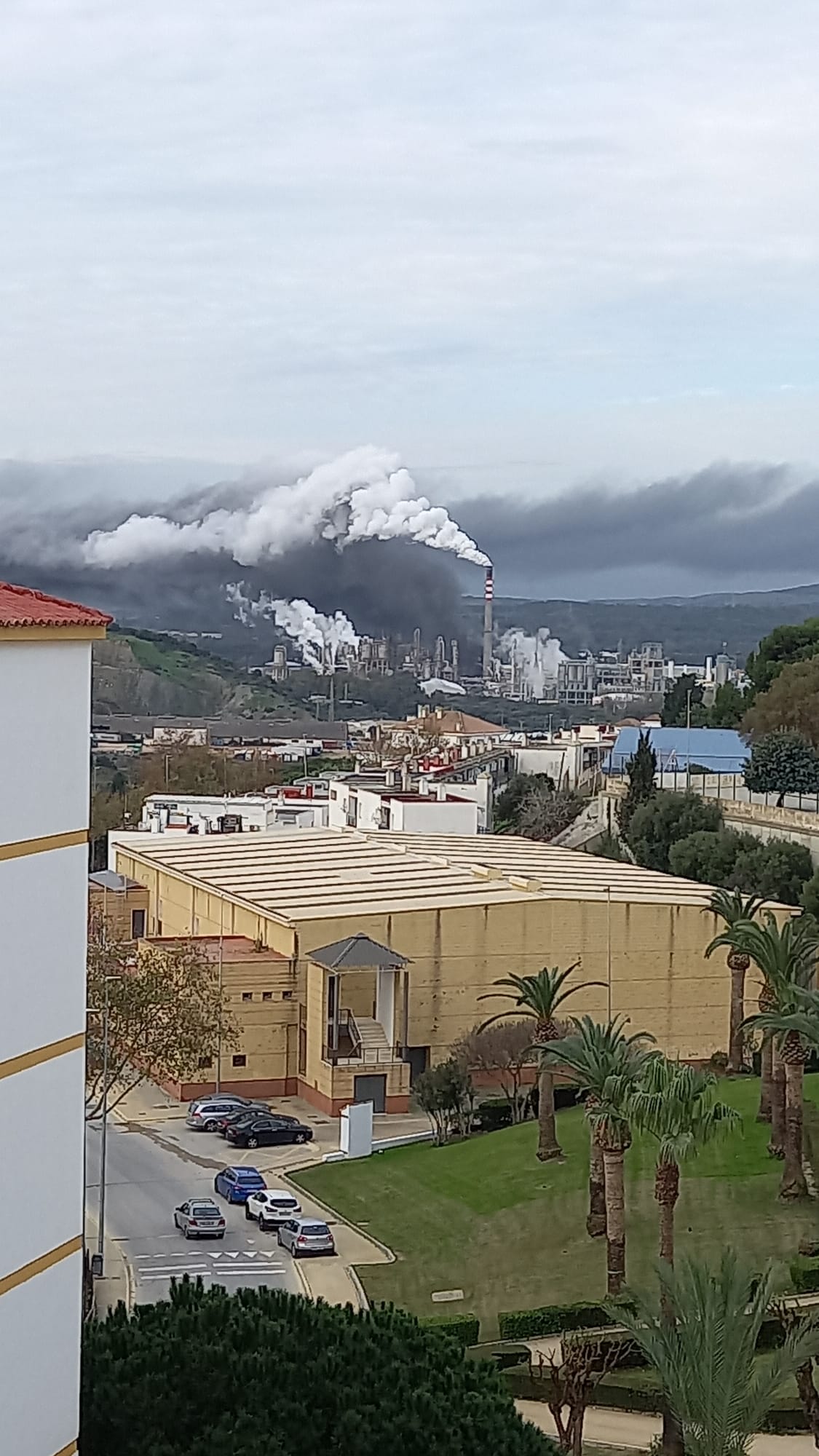 The emergency plan in the industrial complex was activated at level two at around 10.30am and by midday, the blaze had been brought under control.

The San Roque city council said the affected oven was next to a chimney which would continue to burn the matrial inside the oven until it was fully extinguished, "which could take several hours".

"The affected over is being cooled with foam and water," it added.

The council said a further update would be issued later this afternoon.

The fire appears to be in the same plant that suffered a blaze in 2019.