The Gibraltar Cricket’s first week of its Summer Slam Junior League came to an end with the highest number of participants in its first three days.
A total of 51 children participated throughout the three days on Thursday the highest number of kids on one particular day turning out with 37 players on the field.
The sessions which will take place during the summer has attracted interest with players from ages of 7 to 16 involved.
Thursday saw team South Africa claim the week 1 league title, in their 'Final' vs Australia.
The Summer Slam continues next week once again. 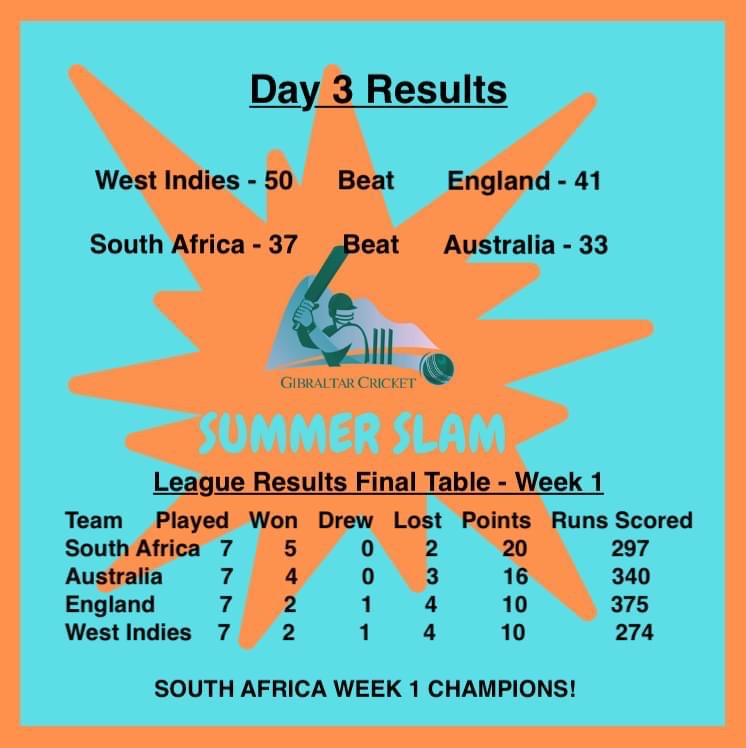