Fisher-Price at 90: See how children’s toys have changed over the decades

Mickey Mouse and Popeye toys from the 1930s.

A brief history of toys, through the lens of one of our longest serving toymakers.

With more than 5,000 different products to its name, Fisher-Price has long been established among toy-making royalty. Still headquartered in East Aurora, New York, where its story began 90 years ago, the American company has gone through multiple owners, and manufactured everything from Thomas the Tank Engine to aircraft parts during the war.

To celebrate the anniversary, we’ve trawled the archives for its most iconic toys, from an early affiliation with Disney to the superbly popular Jumperoo…

1930s
Founded, unsurprisingly, by Herman Fisher and Irving Price, the first toys trundled off the Fisher-Price production line in 1931, and were promptly shipped off to Macy’s in New York.

Known as the ’16 Hopefuls’, this first line of toys reflected the design influence of Price’s wife Margaret, and was headlined by a talking wooden duck named Dr Doodle. In 1935 Fisher pioneered a partnership with Disney, and the company’s affinity with ducks continued as Donald outsold Mickey Mouse by some margin.

Along with the company’s Popeye range, the Disney products were among the first toys ever to be licensed.

When relative normality resumed, the so-called Snoopy Sniffer continued its rise to the top of the charts. First released in 1938, the toy remained in production for 44 years, and sold more than five million units worldwide.

1950s
The Fifties brought material change – more precisely the plentiful possibilities of plastic. The 1950’s Queen Buzzy Bee made waves as a wooden toy with plastic wings, signalling a whole new spectrum of texture and colour.

By the end of the decade the company had incorporated plastic into 39 products, including the highly successful Corn Popper and Snap-Lock Beads.

1960s
In 1961, Fisher-Price debuted the Play Laboratory, a first-of-its-kind room with a one-way mirror designed especially for toy testing. 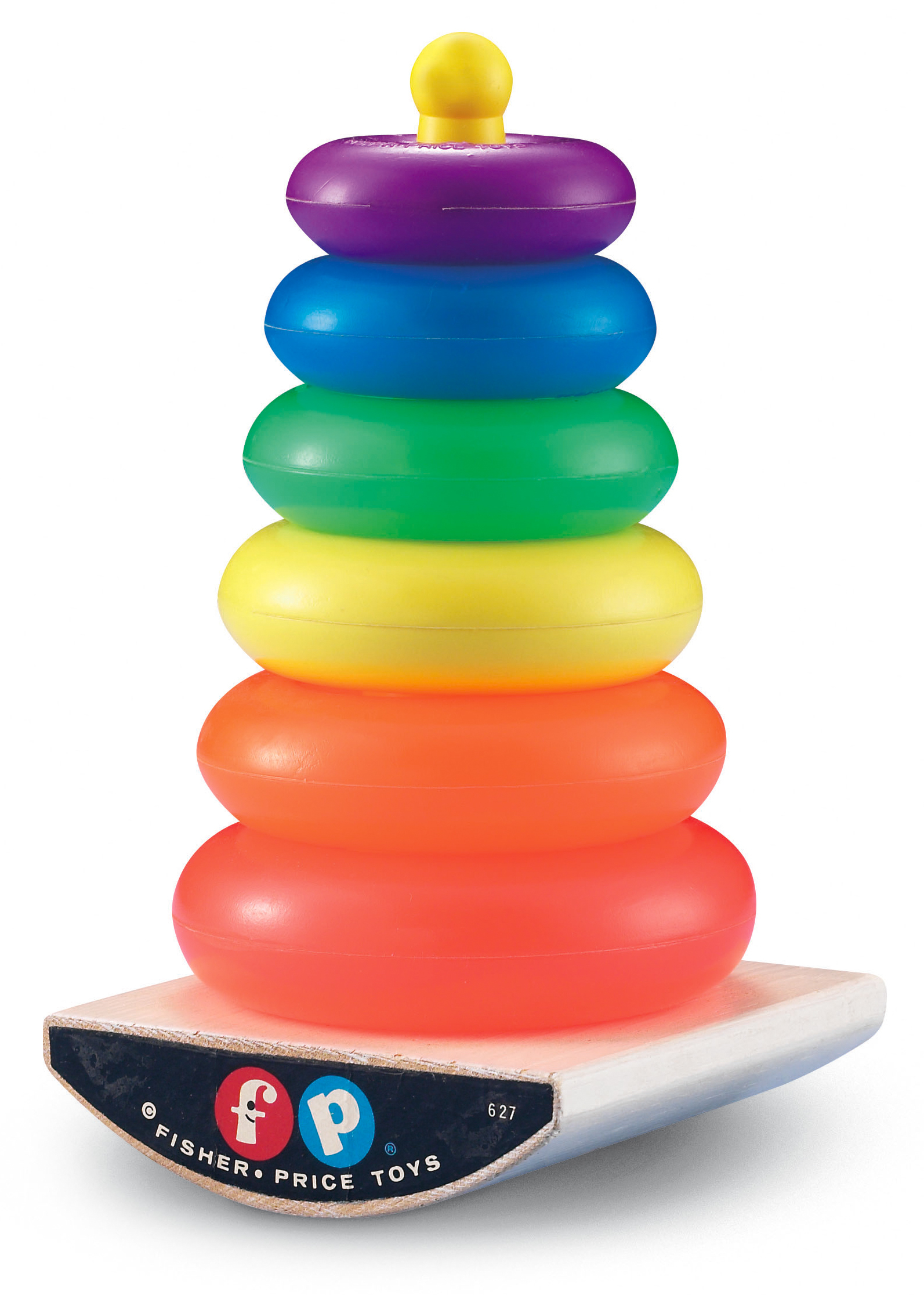 Sixties highlights include the Rock-a-Stack, and the humble beginnings of the Little People – now among the company’s most iconic toys. Developers noticed that children would often try to remove the people from the cabin of the new Looky Fire Truck, so released the figurines, initially under the banner of Fisher-Price Play Family.

Founding father Herman Fisher retired in 1969, and the company was bought by Quaker Oats, ushering in an age of expansion that saw the company increased its sales tenfold.

1970s
The advent of affordable, mass-produced electronics upended the toy industry during the Seventies, and Fisher-Price scored a hit with a durable children’s phonograph, sporting a diamond needle, four inch speakers, and two play speeds. In 1973, the company amped up a continuing focus on the youngest demographic with a 14-toy Crib and Playpen category.

1980s
High chairs, nursery monitors and bouncer seats abounded in the Eighties, along with the arrival of the toy tape recorder. The Fisher-Price model was beige, boxy, and is still instantly recognisable to adults of a certain age. 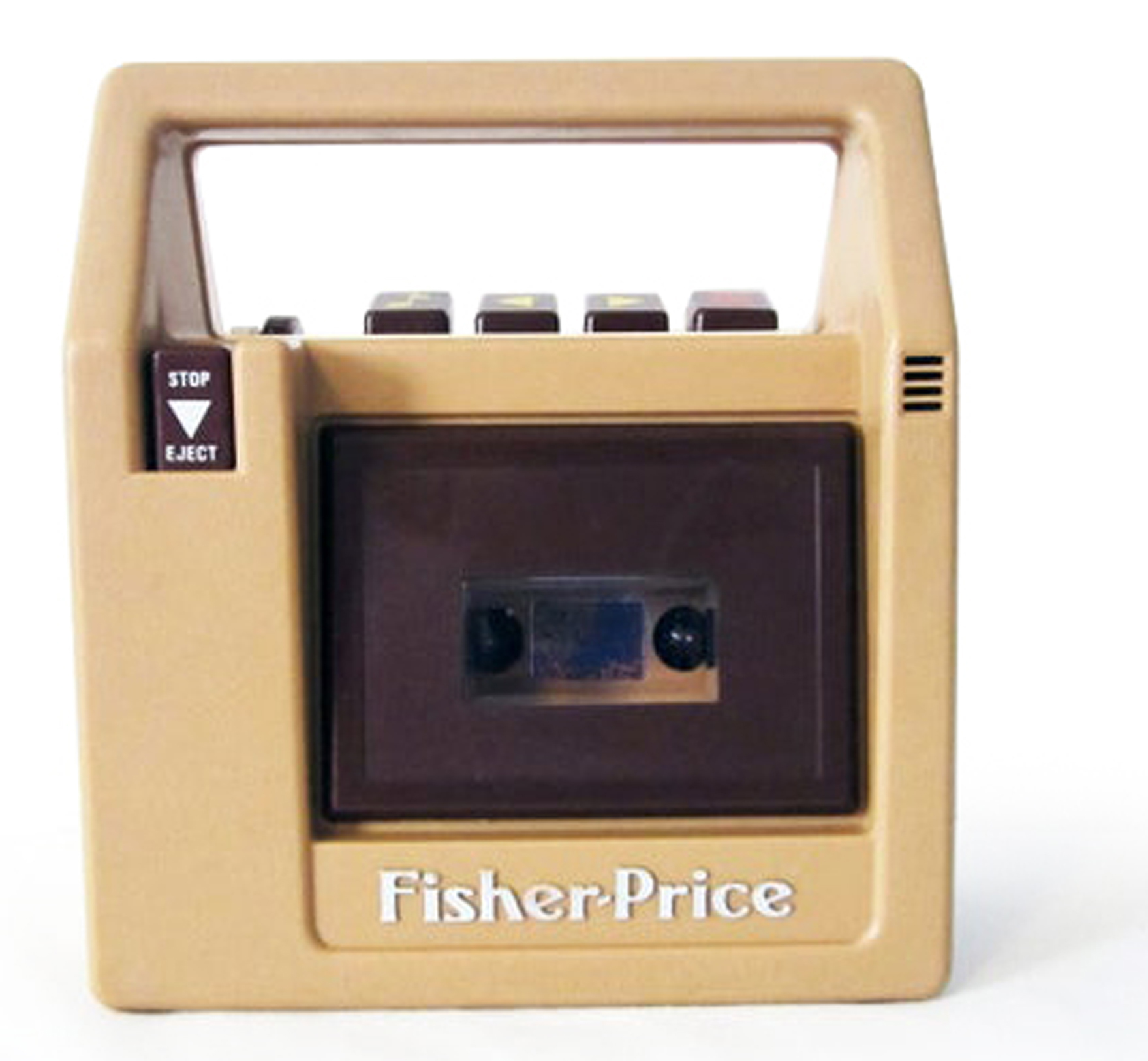 1990s
In 1991, Fisher-Price re-entered the New York Stock Exchange as an independent company, and lasted two years before being snapped up by US multinational Mattel, who reaffirmed the growing focus on preschoolers. Standout products included the Rescue Heroes – non-violent action figures aimed at concerned parents – and 1999’s portable Loving Family Dollhouse.

2000s
The Noughties took a more educational tone with the successful Laugh and Learn range, but for weight of sales no toy could touch the Jumperoo. This 2003 invention sought to sit babies upright for the first time in safe, secure surroundings, and let them bounce at their leisure without risk to life or limb.
(PA)