Seven of the then eight MPs in 1924, Lady Astor is third from the left, Margaret Bondfield is on the far right.

This year marks a century since a female MP first took a seat in the House of Commons - which happened just a year after (certain) women gained the right to vote for the very first time.

There has since been a long plod towards genuine equality, and most observers will tell you we're not there yet. However, there's no doubt these five female firsts helped make history...

1. First female sitting MP: Nancy Astor 1919
Contrary to popular opinion, Astor was not the first ever female MP. That honour goes to Constance Markievicz, elected in 1918 - an Irish Republican and revolutionary who, in line with Sinn Fein's abstentionist policies, did not attend parliament. Astor was, instead, the first women to take her seat. 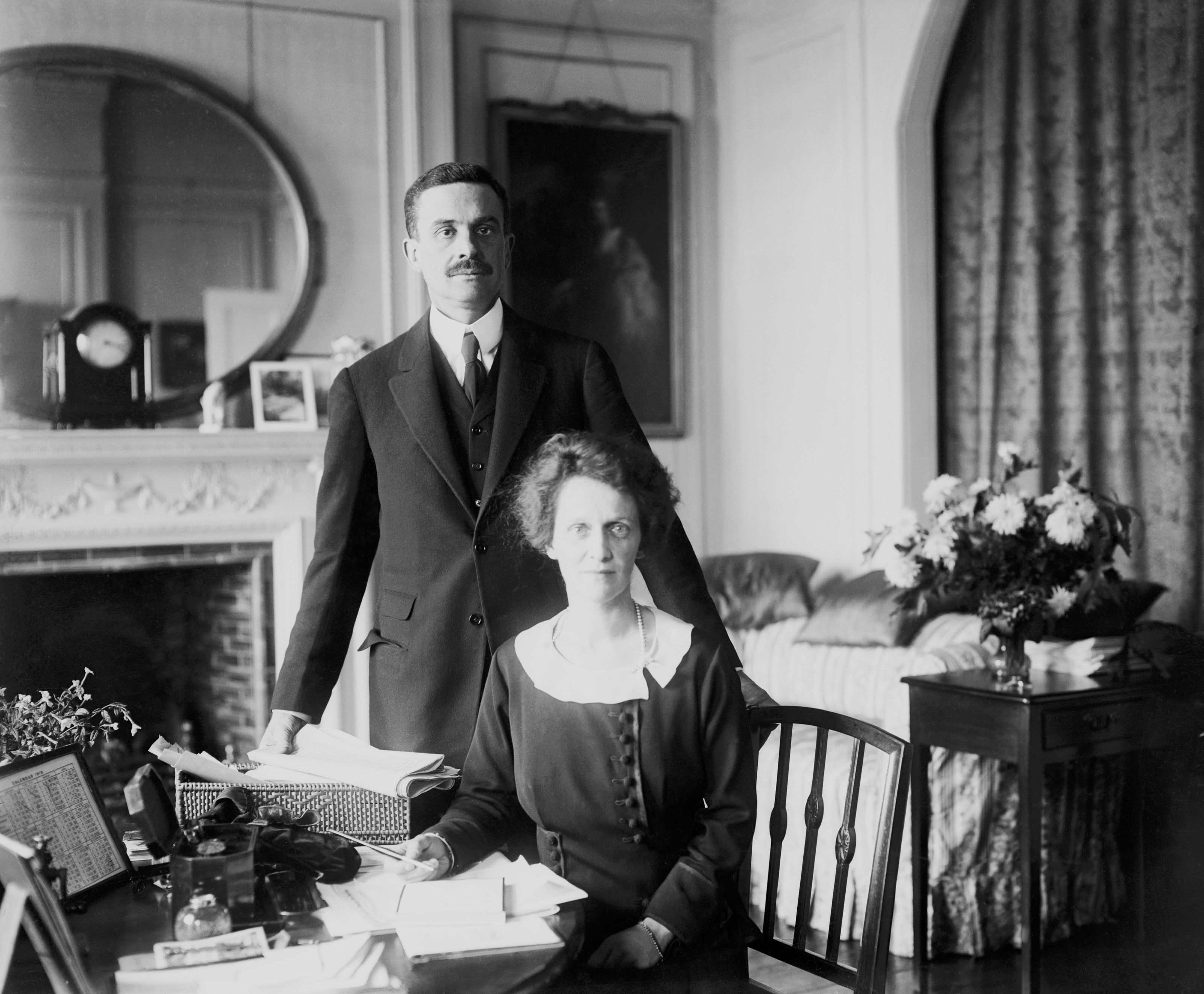 A notoriously anti-Semitic viscountess following in the footsteps of her husband Waldorf (who vacated his seat in the Commons to ascend to the House of Lords), Astor was not quite the progressive campaigner modern observers would like her to be. For starters, she had nothing to do with the suffrage movement, but her victory in the Plymouth Sutton by-election in 1919 dealt her a swift lesson in institutional misogyny.

"I had the privilege," she said later, "of being the first woman in the House of Commons, and sometimes I used to doubt whether it was a privilege. When I stood up and asked questions affecting women and children, I used to be shouted at for five or 10 minutes at a time. They thought I was rather a freak, a voice crying in the wilderness." She was apparently told by none other than Winston Churchill that they had "tried to freeze her out".

A famously complex character, she survived two years as the only woman in the House. Perhaps a feminist by default more than design, Astor did however consider women well-suited to public life, and declared at the end of her career that she'd been "as good a feminist as anyone".

2. First female Cabinet Minister: Margaret Bondfield, 1929
A working class Somerset native, who started work in a draper's shop aged 14, Bondfield was built from the sort of stuff movies are made of. 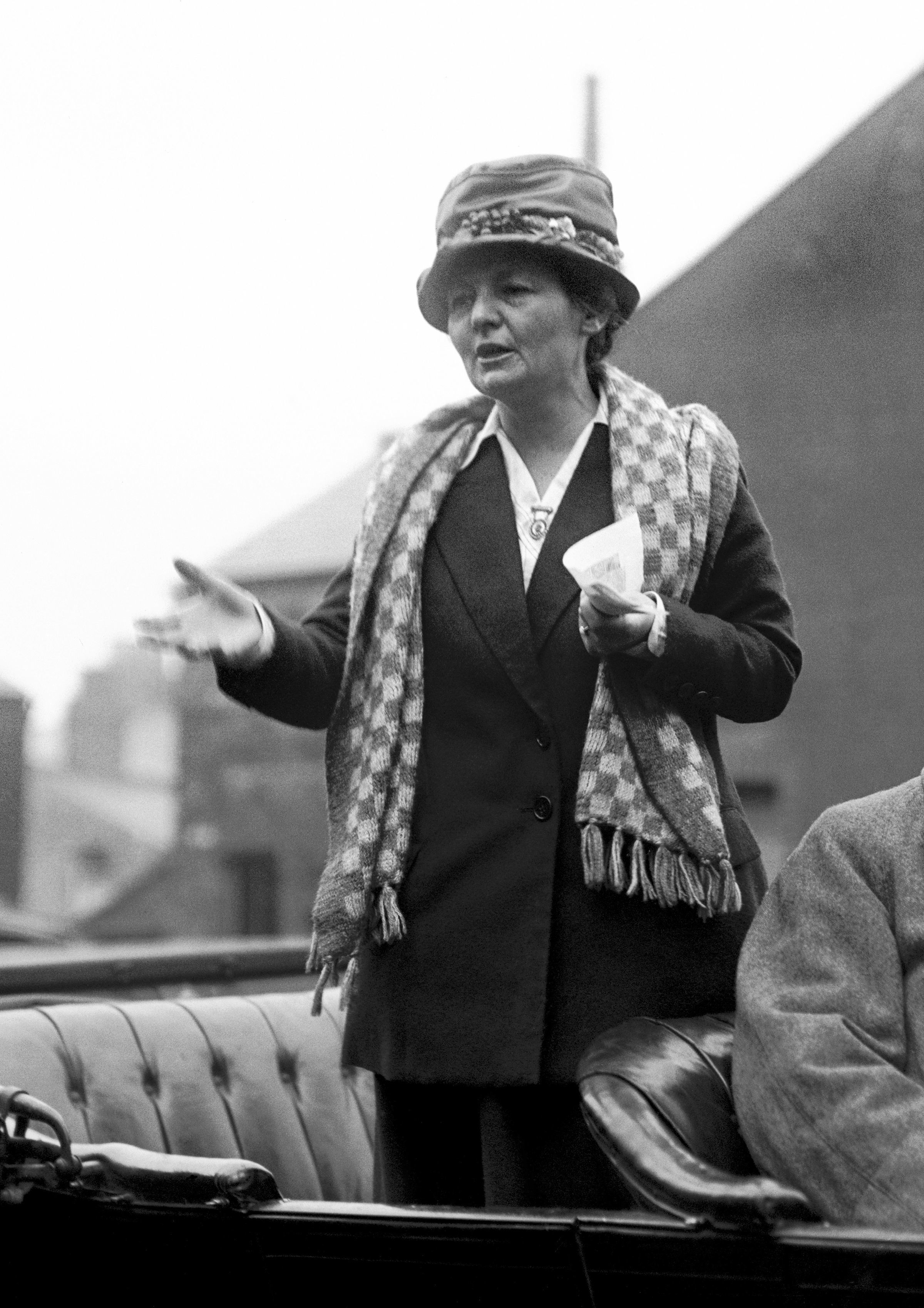 Years ahead of her time, she defied convention to campaign for women of all classes, and co-founded the nation's first female trade union. One of the first three female Labour MPs elected in 1923, she made history in 1929 when she was appointed Minister for Labour by Ramsay MacDonald.

Blessed with boundless self-confidence and a knack for public speaking, Bondfield had all the tools needed to cut through the hyper-masculine political order. She was friends with George Bernard Shaw, who remarked "you are the best man among them".

Bondfield herself was modest about her achievements. "Some woman was bound to be first," she said. "That I should be was the accident of dates and events."

3. First female Prime Minister: Margaret Thatcher, 1979
The Iron Lady needs no introduction, but so colossal is her reputation that it's easy to forget the size of the glass ceiling she smashed in 1979. She became Britain's first female Prime Minister fresh from being the first female Leader of the opposition, and took over a parliament that was 97% male. When she became Education Secretary in 1970, you could count former female ministers on one hand, and only one of them had been Conservative.

Whether she was a feminist perhaps depends on the perspective you take, and the quotes that you choose. She famously declared that: "If you want something said, ask a man, if you want something done, ask a woman". And in a similar vein: "It may be the cock that crows, but it is the hen that lays the eggs."

But she also claimed that she "owed nothing to women's lib", and largely ignored female empowerment in her cabinet and policies.

Advocates claim that her complete refusal to acknowledge sex as a barrier made her the ultimate feminist, while critics consider her an arch-anti-feminist for exactly the same reason.

As with Astor, Thatcher's pioneering legacy is assured, regardless of what you think of it. In 1973, she famously said: "I don't think there will be a woman prime minister in my lifetime." Six years later, there was.

4. First female Speaker of the House: Betty Boothroyd, 1992
Something of a legend in Westminster, and admired by both sides of the House, the redoubtable Boothroyd was elected Speaker in 1992, a Labour MP under a Conservative government. 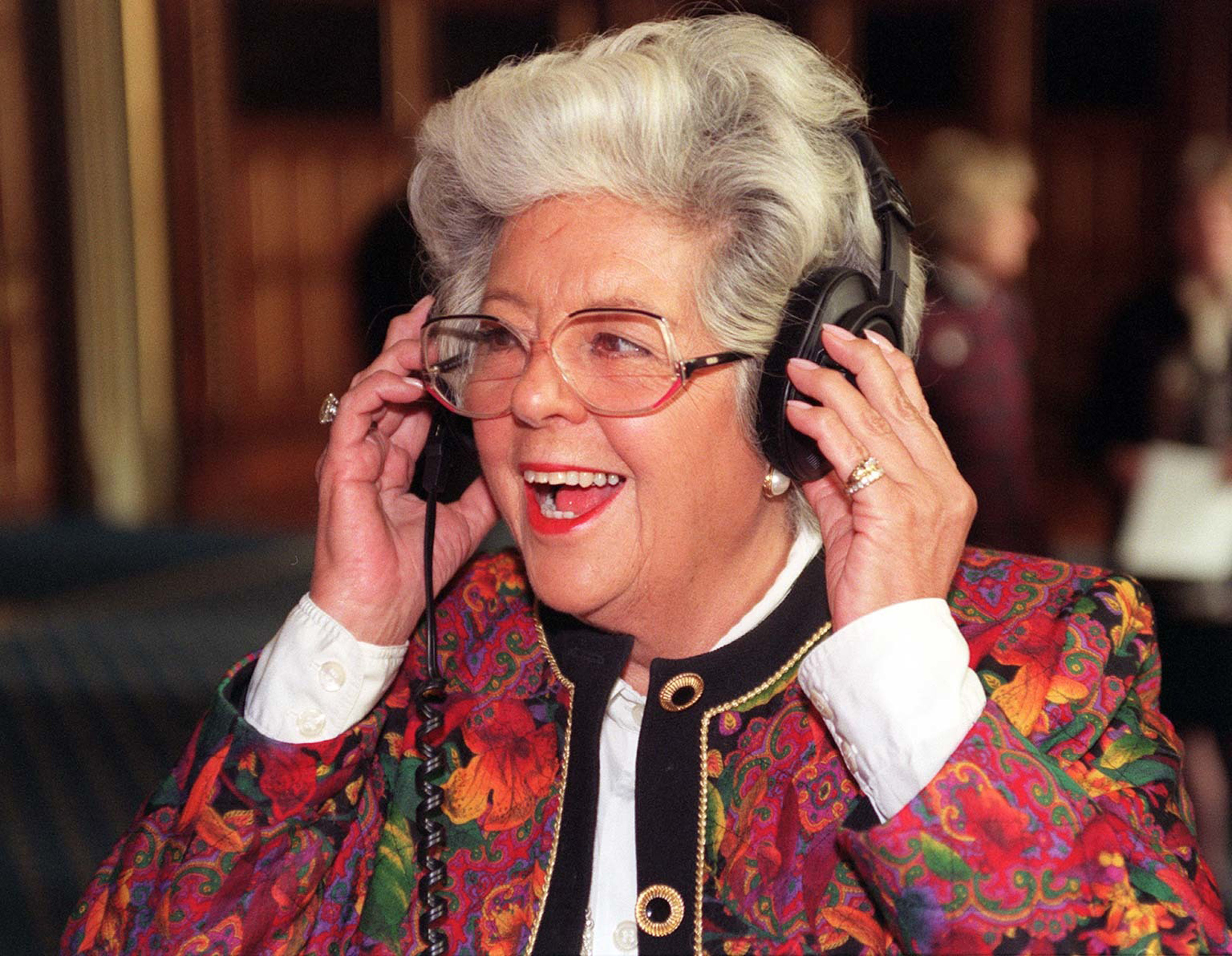 Famously even-handed in her judgements, "Madam Speaker" didn't just hold her own in parliament, she dominated it through will and wit, partly because it was her job, and partly, one suspects, because it was fun.

She was a vocal opponent of all-women shortlists - "if men and women are equal intellectually, they should be treated equally" - and has not always seen eye-to-eye with modern feminism, but few can doubt her contribution to the cause.

Now 90 years old, she has expressed regret that her career left her unable to marry and have children. "I very much admire young women who are in parliament, who have a home to look after, who are raising children, I don't think I could have done it," she told The House Magazine last year. Boothroyd remains the only female Speaker the UK's ever had, alongside 157 men.

Extraordinarily, 27 years passed between Thatcher entering Downing Street and a woman first occupying one of the other Great Offices of State - Foreign Secretary, Home Secretary, and Chancellor of the Exchequer. 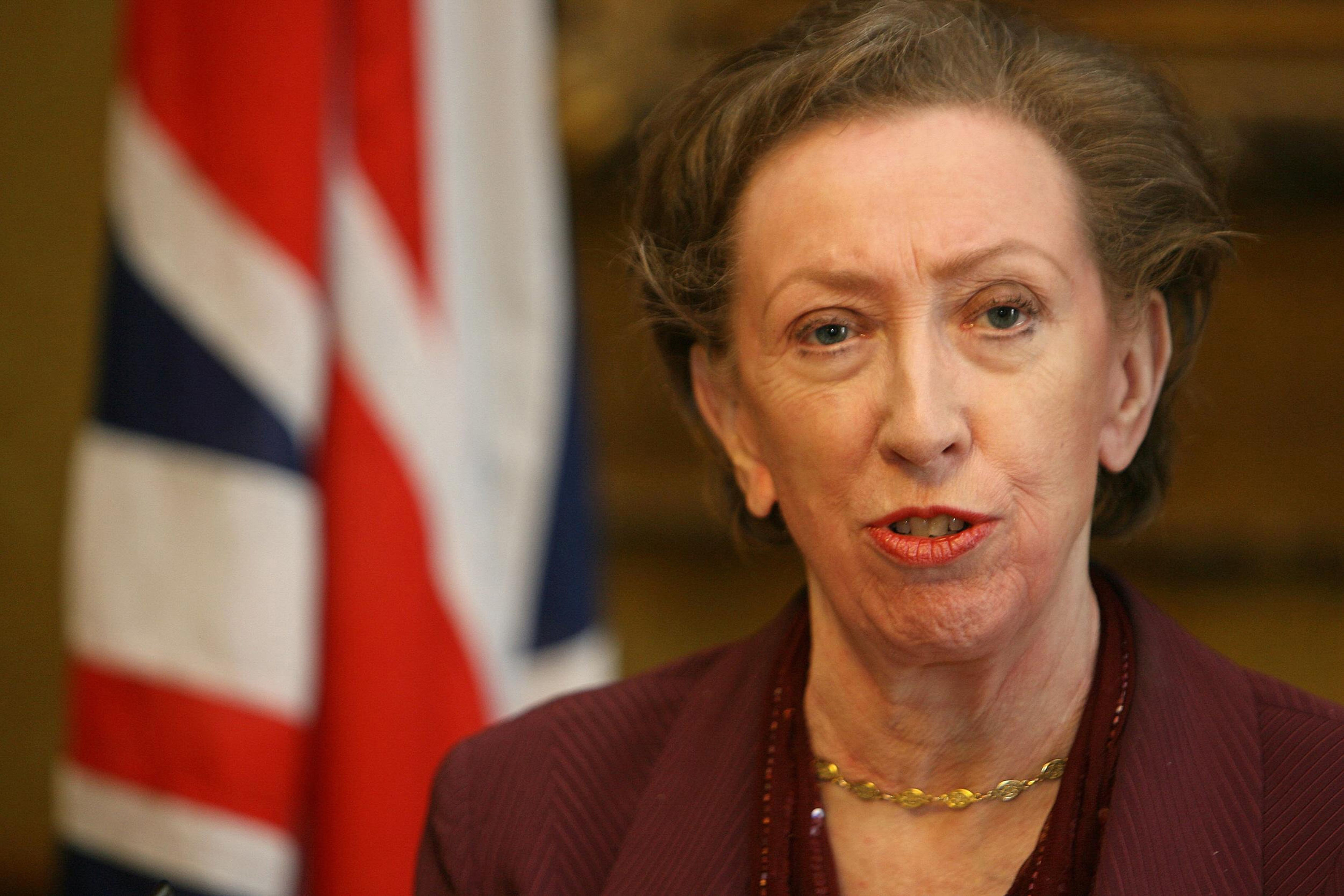 Thatcher's road to power went through the Department of Education and then the opposition benches, so history was made when Beckett was promoted to Foreign Secretary by a Tony Blair reshuffle in 2006. It remains the crowning glory of a record-breaking career - the first female Deputy Leader of the Labour Party, the first woman ever to run for Party Leader, and, as of 2017, parliament's longest serving female MP.

The veteran Labourite has been outspoken on the difficulties that she, and many other women, have faced in the House. "For many years," she wrote, "the overwhelming majority of women were selected to stand in the most marginal seats... and some of the older members found it hard to adjust.

"I recall being fulsomely praised for some work I had done, but stunned by the punchline, 'You ought to marry some nice young Labour MP. You'd be such a help to his career' - and the astonishment that I might like the career for myself."

To this day, Beckett remains the only female Foreign Secretary.
(PA)